“#PRLOVE” and “MANATEE” by ROA, in Puerto Rico

Internationally renowned artist ROA is painting his animal murals in a roadtrip across Puerto Rico. He has completed over 15 murals and has just finished his largest on the Isla de Cabras; an infant manatee with an adult skeleton. 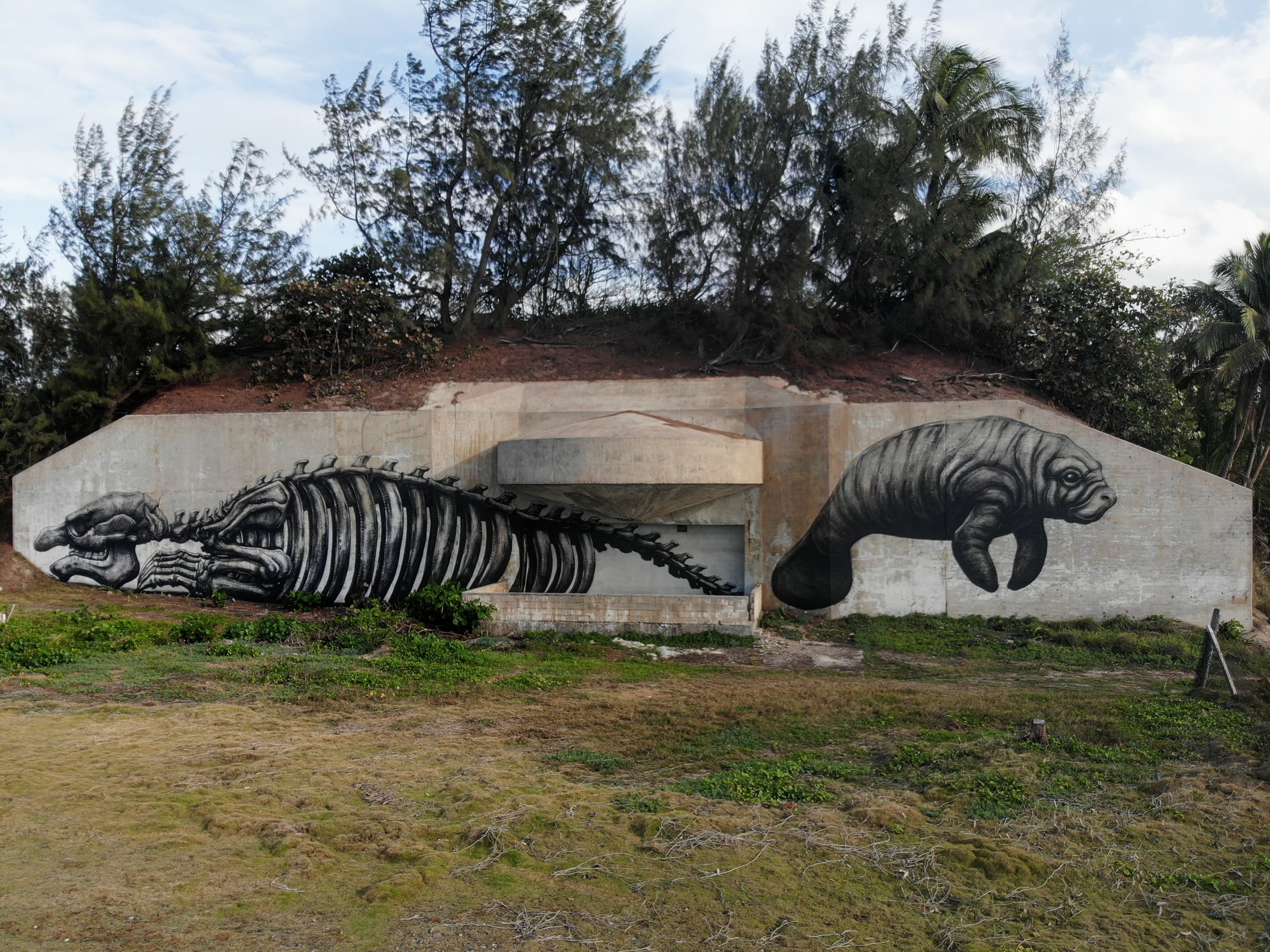 His initiative #PRLOVE, seeks to generate awareness of the animals and to celebrate the biodiversity of Puerto Rico. It highlights the individual animals that live here and the biologists and contributors that work to preserve the species and environment. 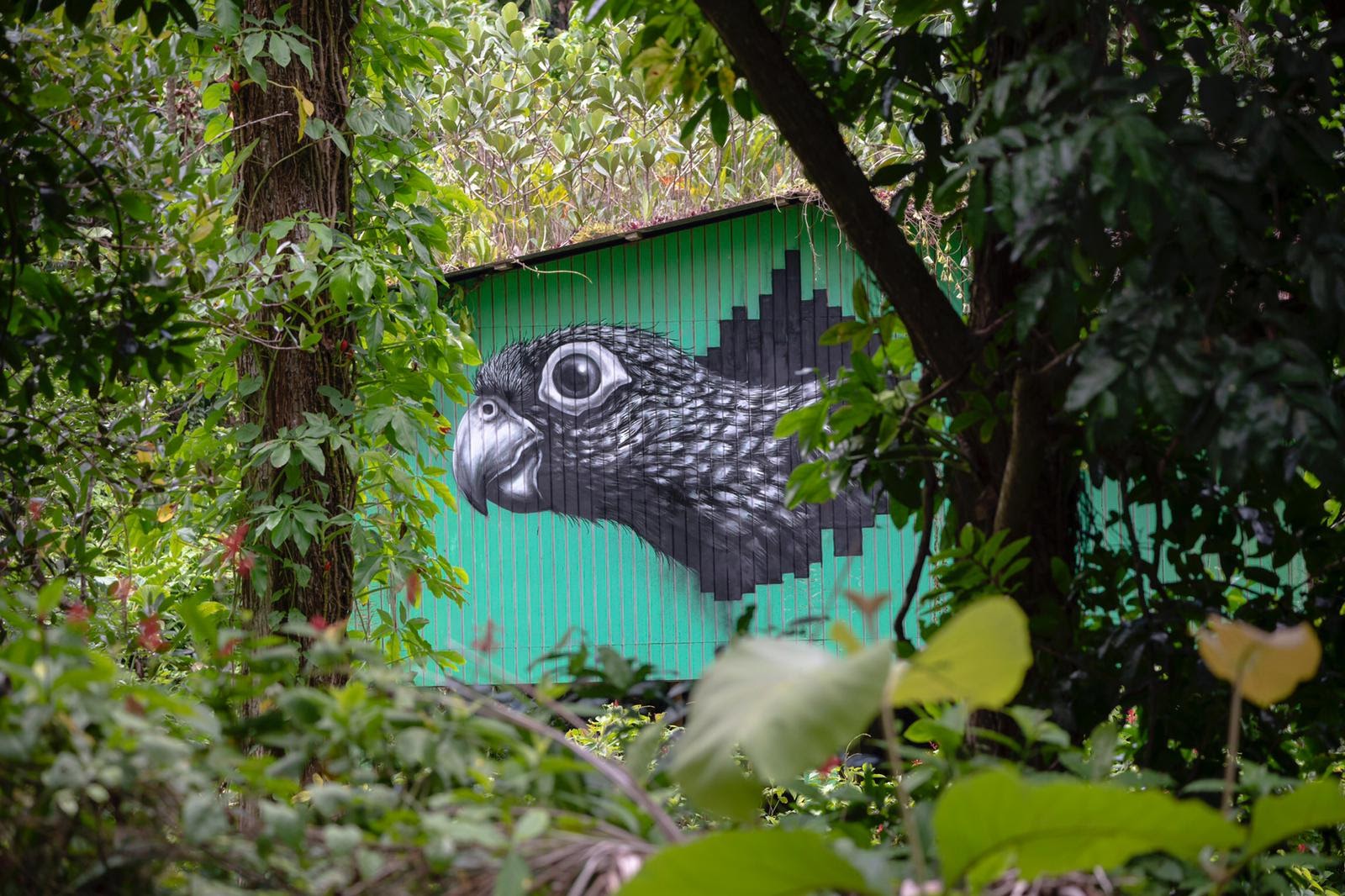 #PRLOVE is an ongoing effort with many potential facets and programs and is produced in partnership with Puerto Rico’s Elegel Group. It is supported by Coqui Charities and is in collaboration with natural resource agencies, NGO’s and independent groups, including DRN, Conservación ConCiencia and the Caribbean Manatee Conservation Center. 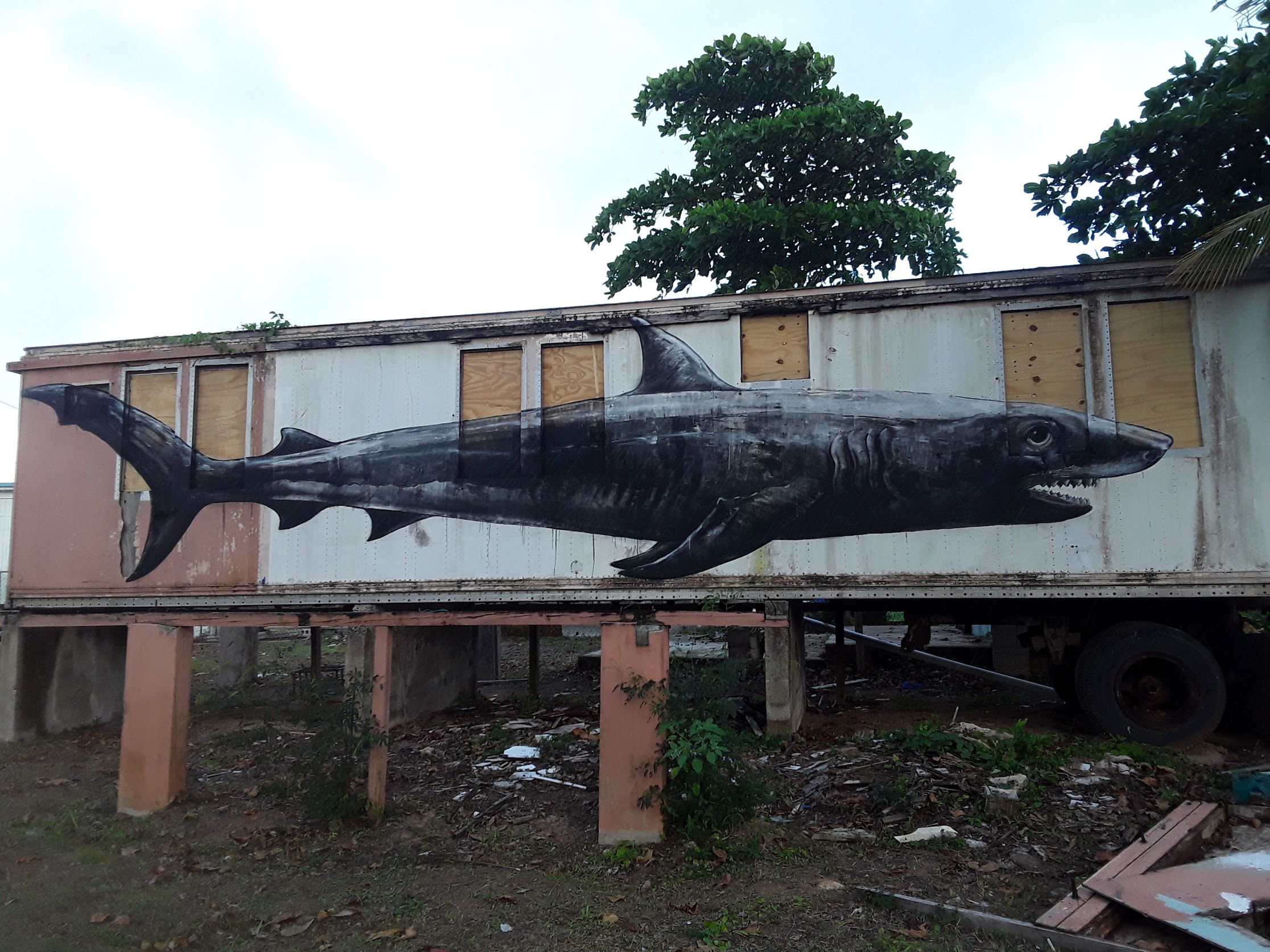 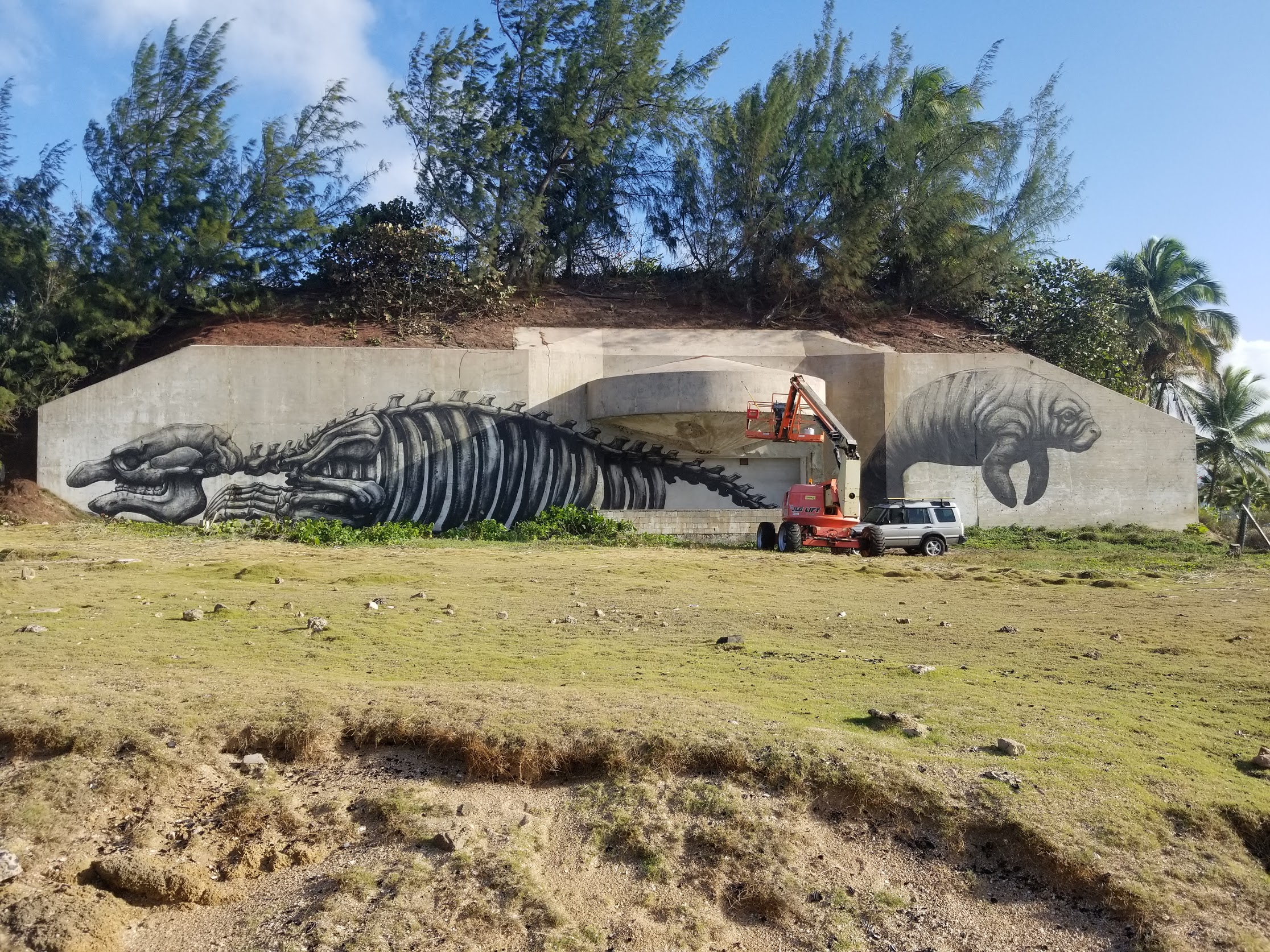 The 160’ x 25’ mural on the World War II concrete gun battery Fort Amezquita, on the edge of Isla de Cabras, is ROA’s largest to date in Puerto Rico and marks the 15th piece done by the artist here. Other murals painted across the Island with the help of NGOs and experts in wildlife conservation include the crested toad in Guánica and the Puerto Rican parrot in Utuado (both produced in collaboration with the Department of Natural and Environmental Resources); the tiger shark in Río Grande and the lionfish in Naguabo (both done in collaboration with Conservación ConCiencia.

The manatee mural was painted with insight provided by experts from the Manatee Conservation Center, the financial support of Coqui Charities and the assistance of the Municipality of Toa Baja, which holds jurisdiction over Isla de Cabras. 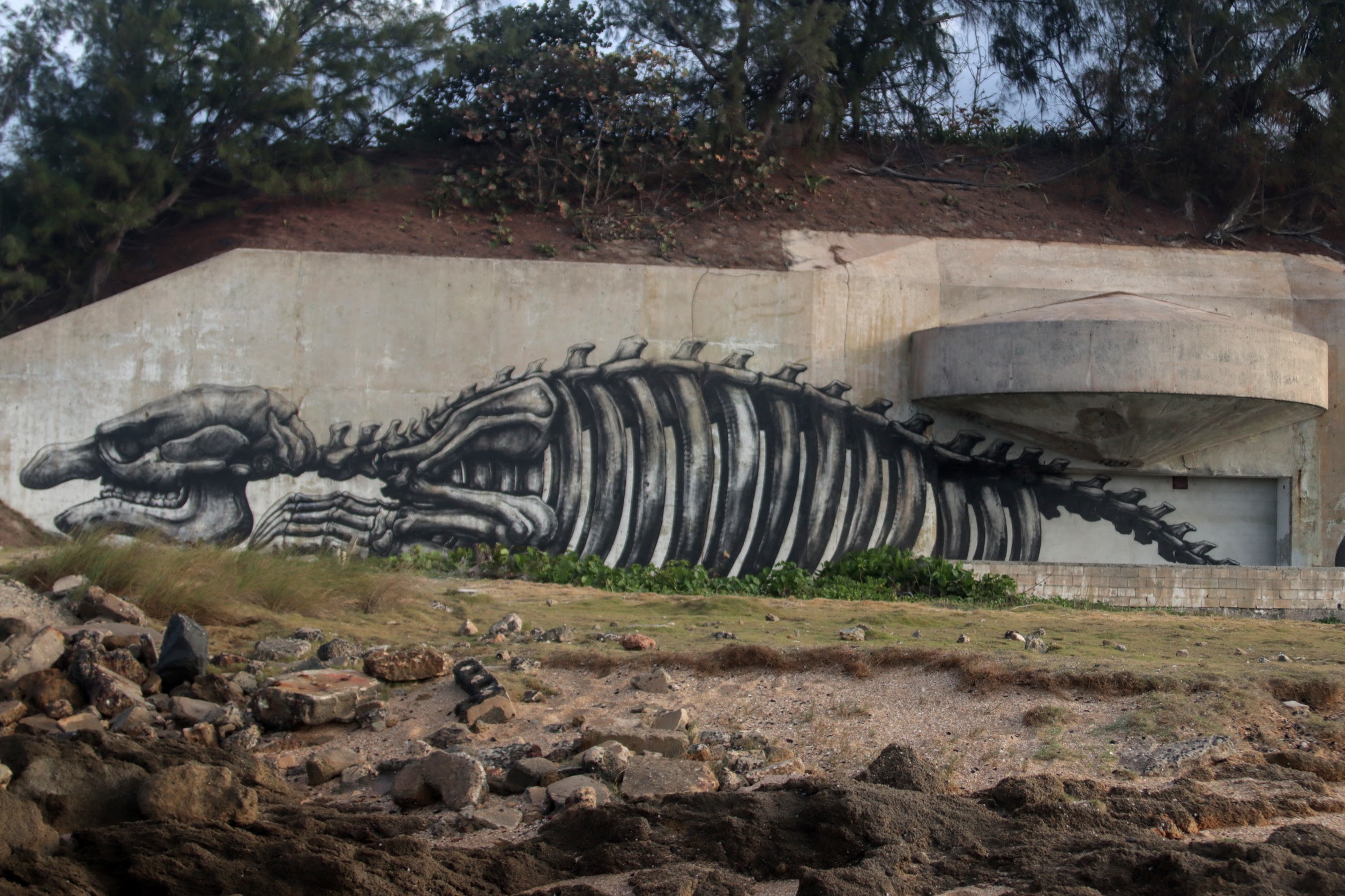 Street artist Roa is a muralist from Ghent, Belgium, he is primarily known for his strong obsession for animals and rodents. He often combines life, death, and life after death in his murals, which quickly distinguishes him amongst traditional muralists. His animals are painted to include skeleton and internal organs, making the sight even more realistic.

Internationally, ROA has created over a 1000 murals on the streets of cities across Europe, the United States, Australia, Asia, New Zealand and Africa.

Take a look below to see more photos of “#PRLOVE” and “MANATEE”. 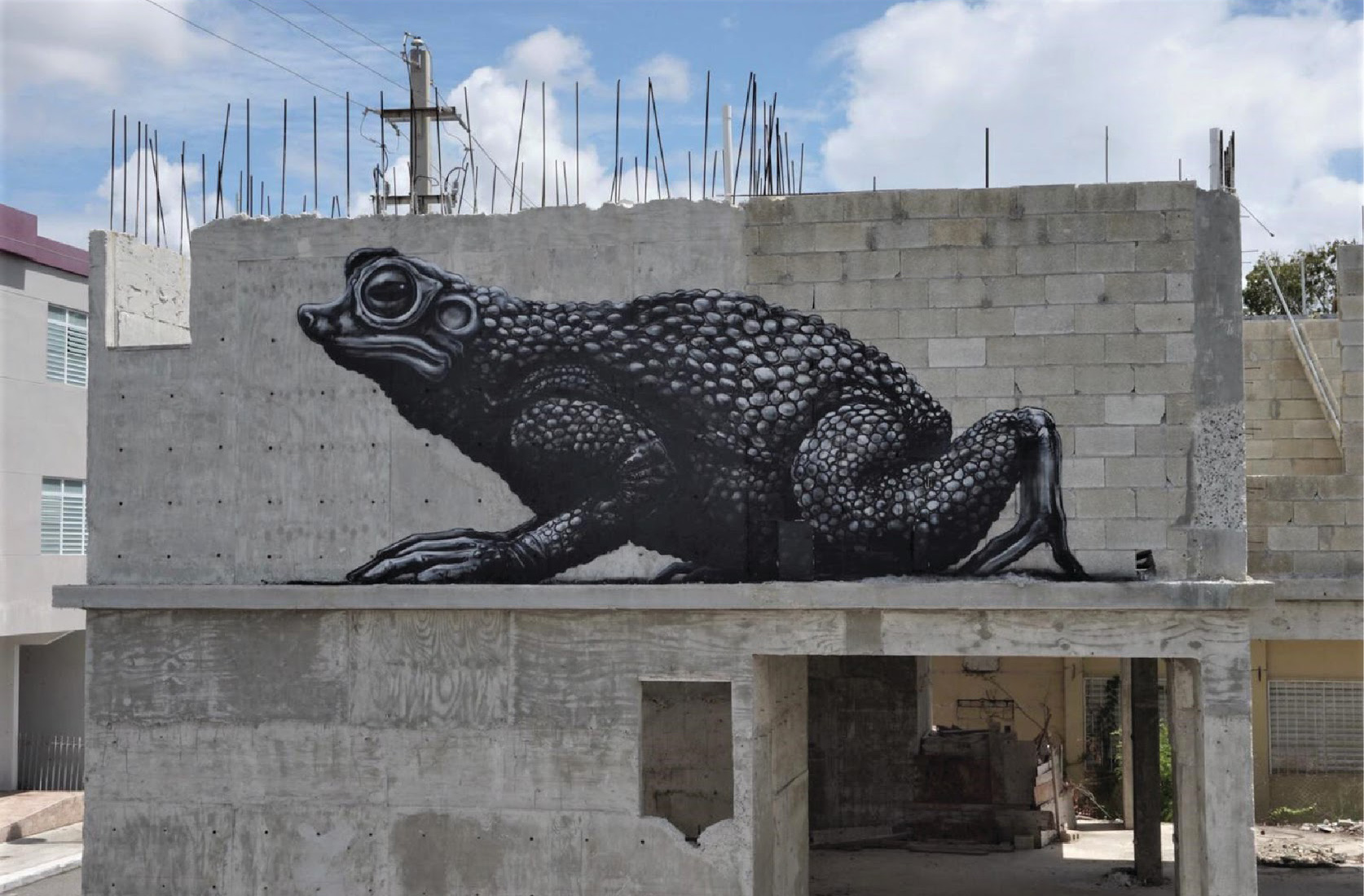 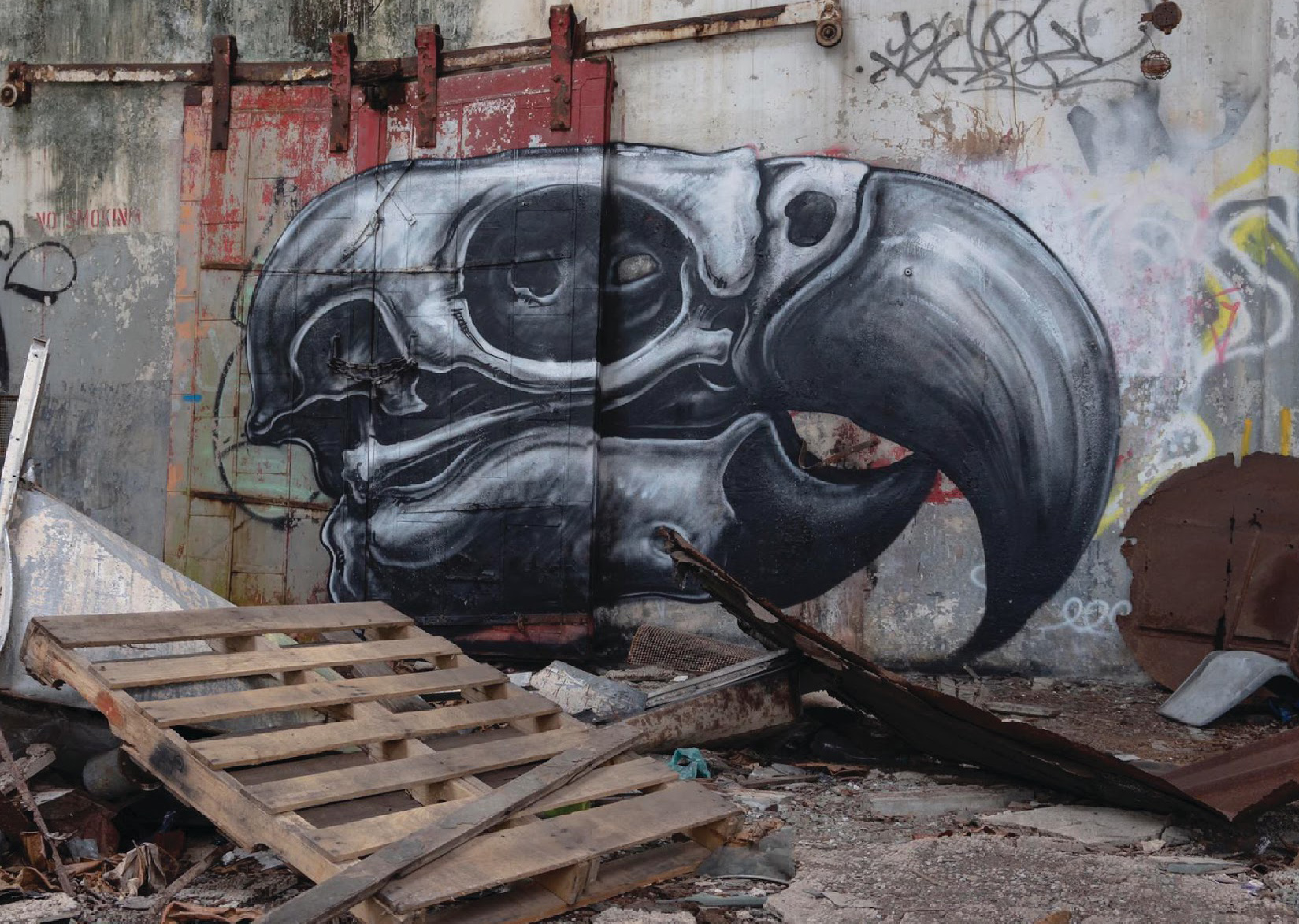 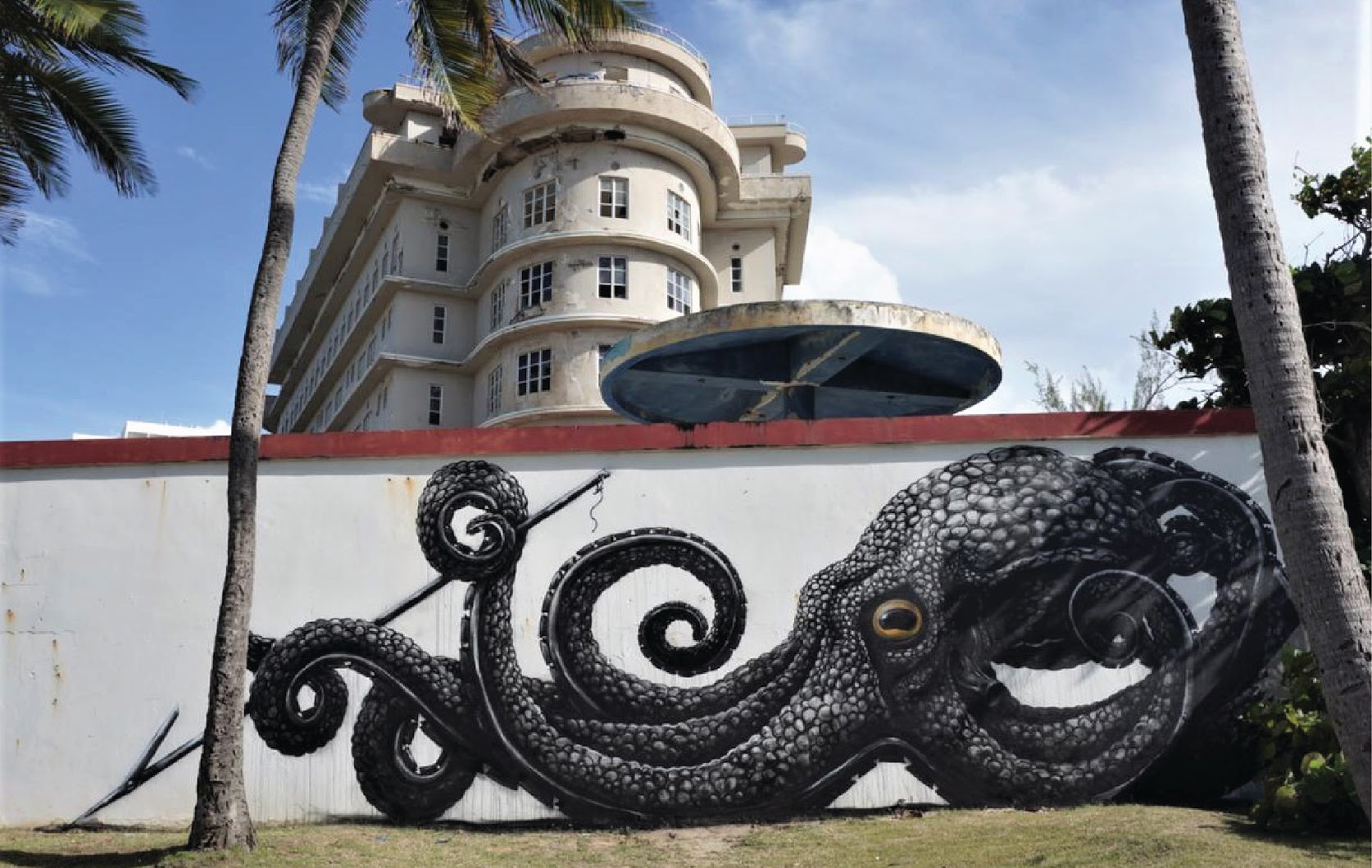 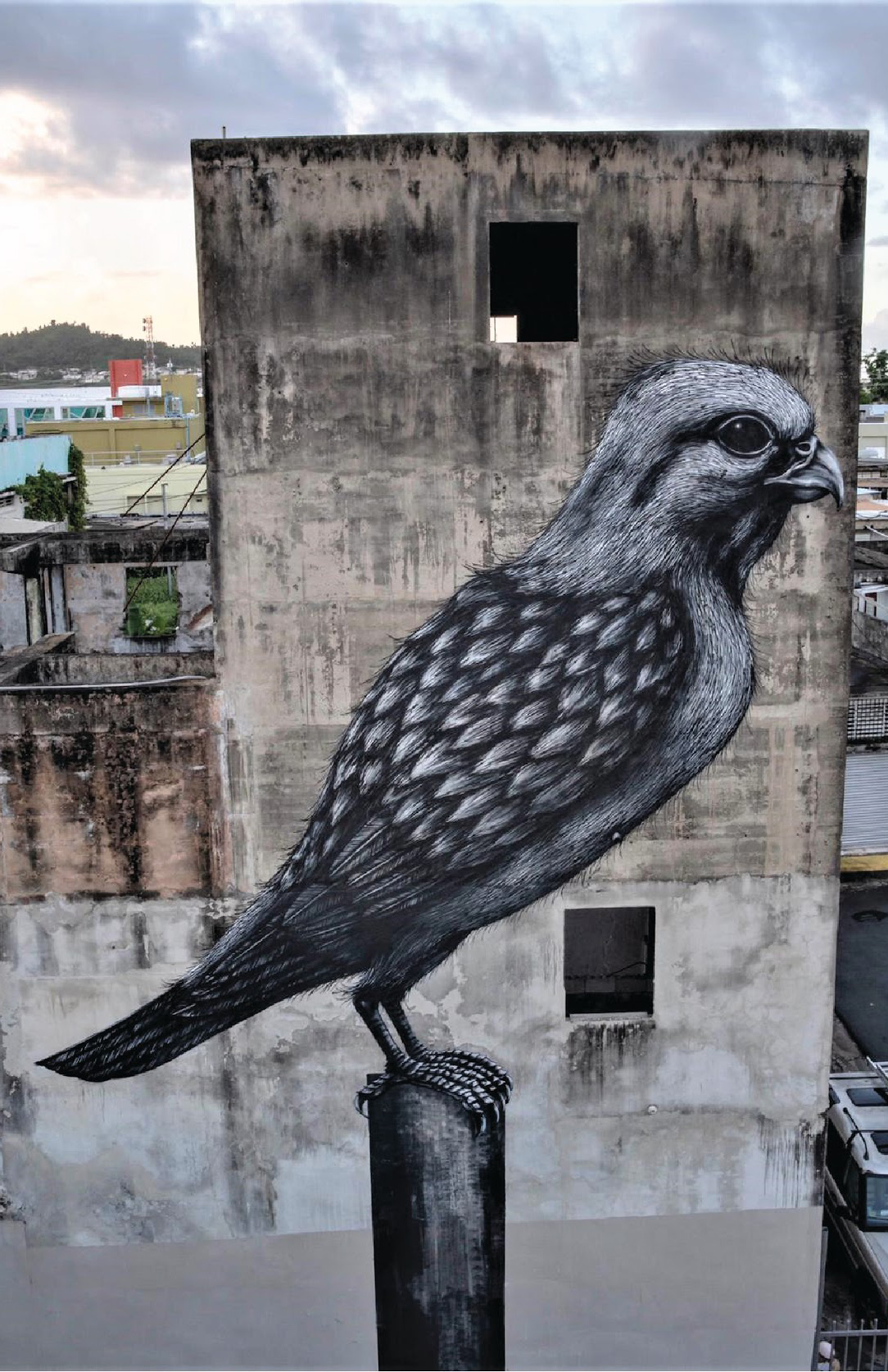 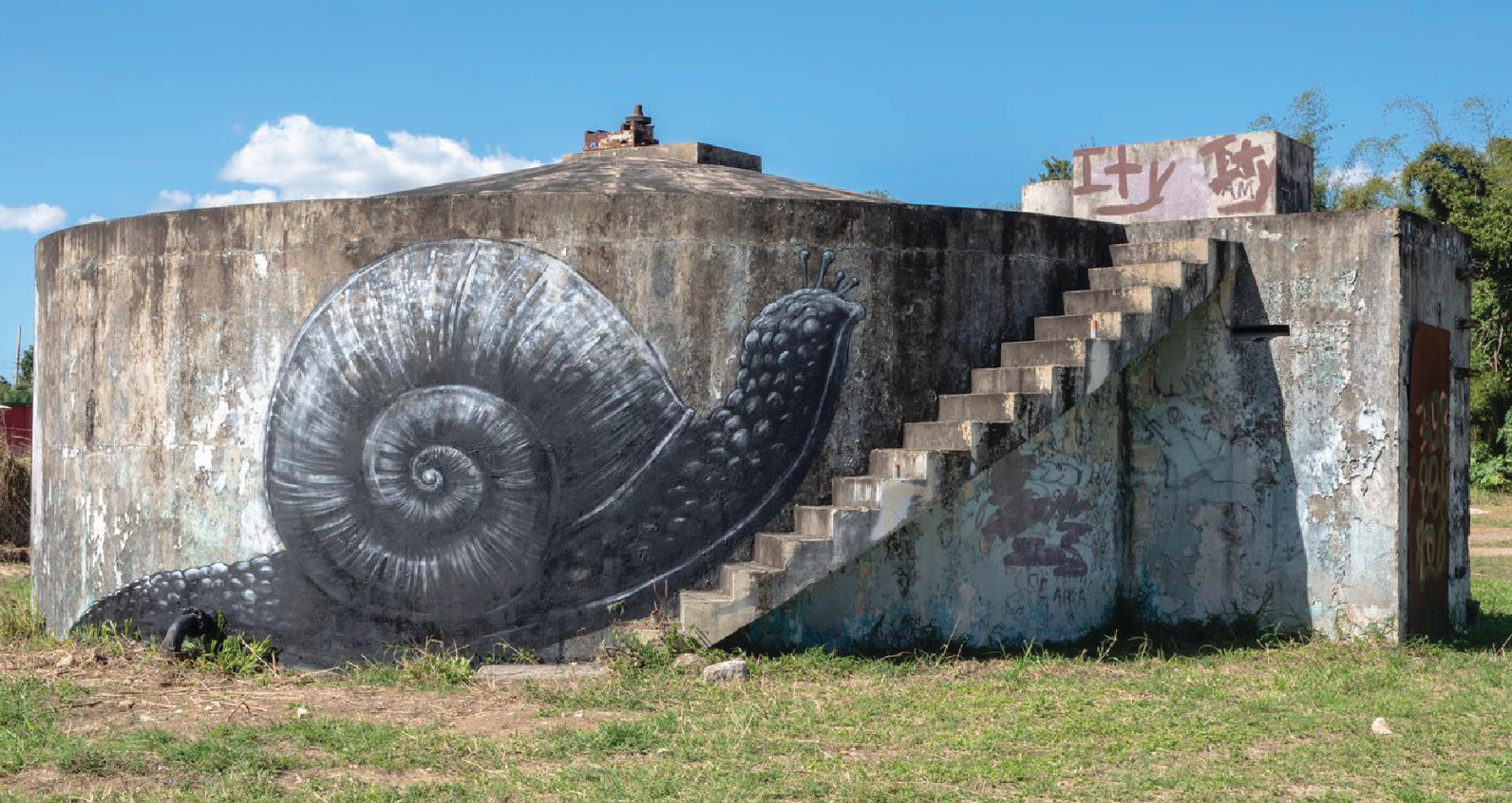 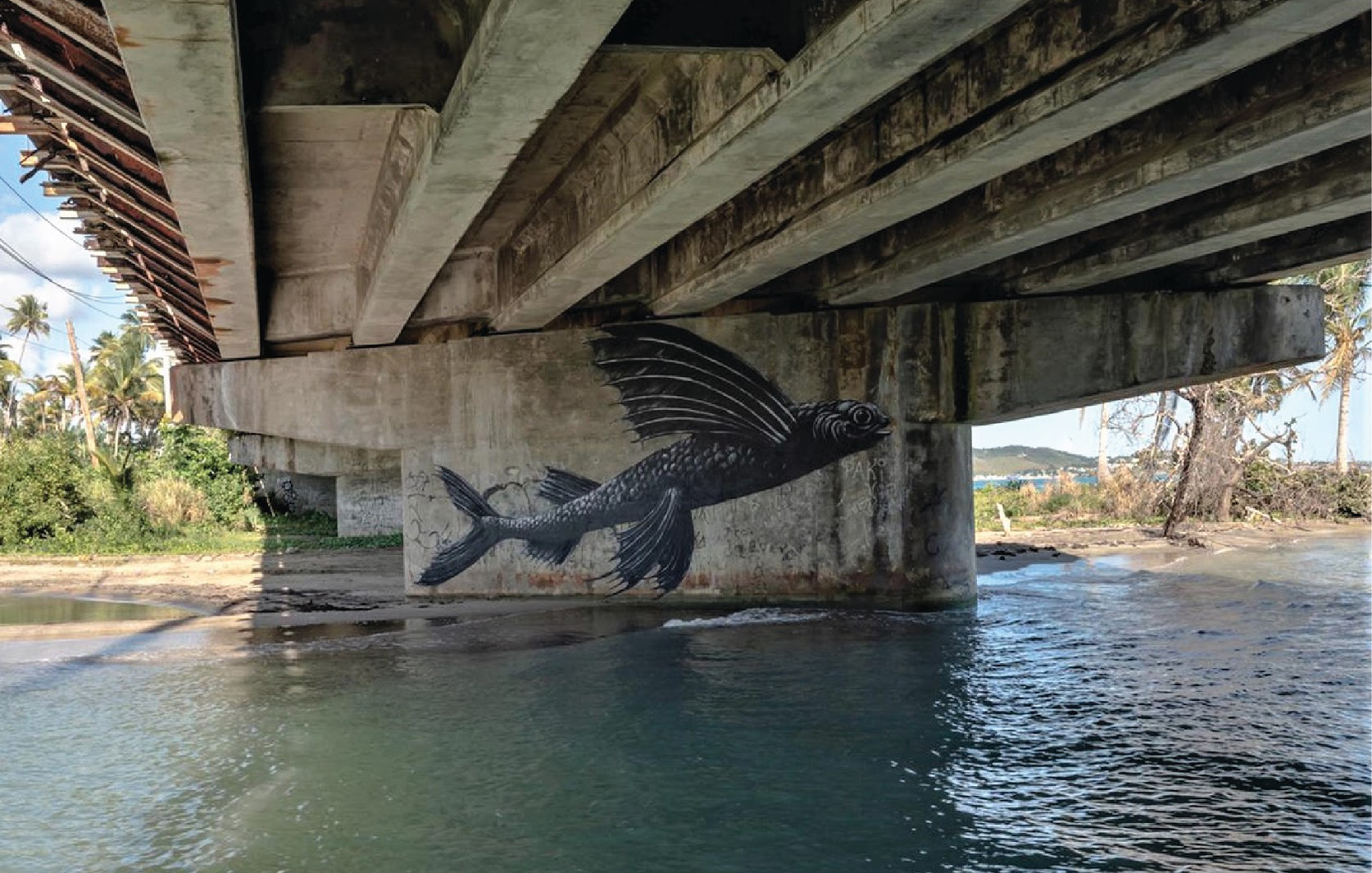 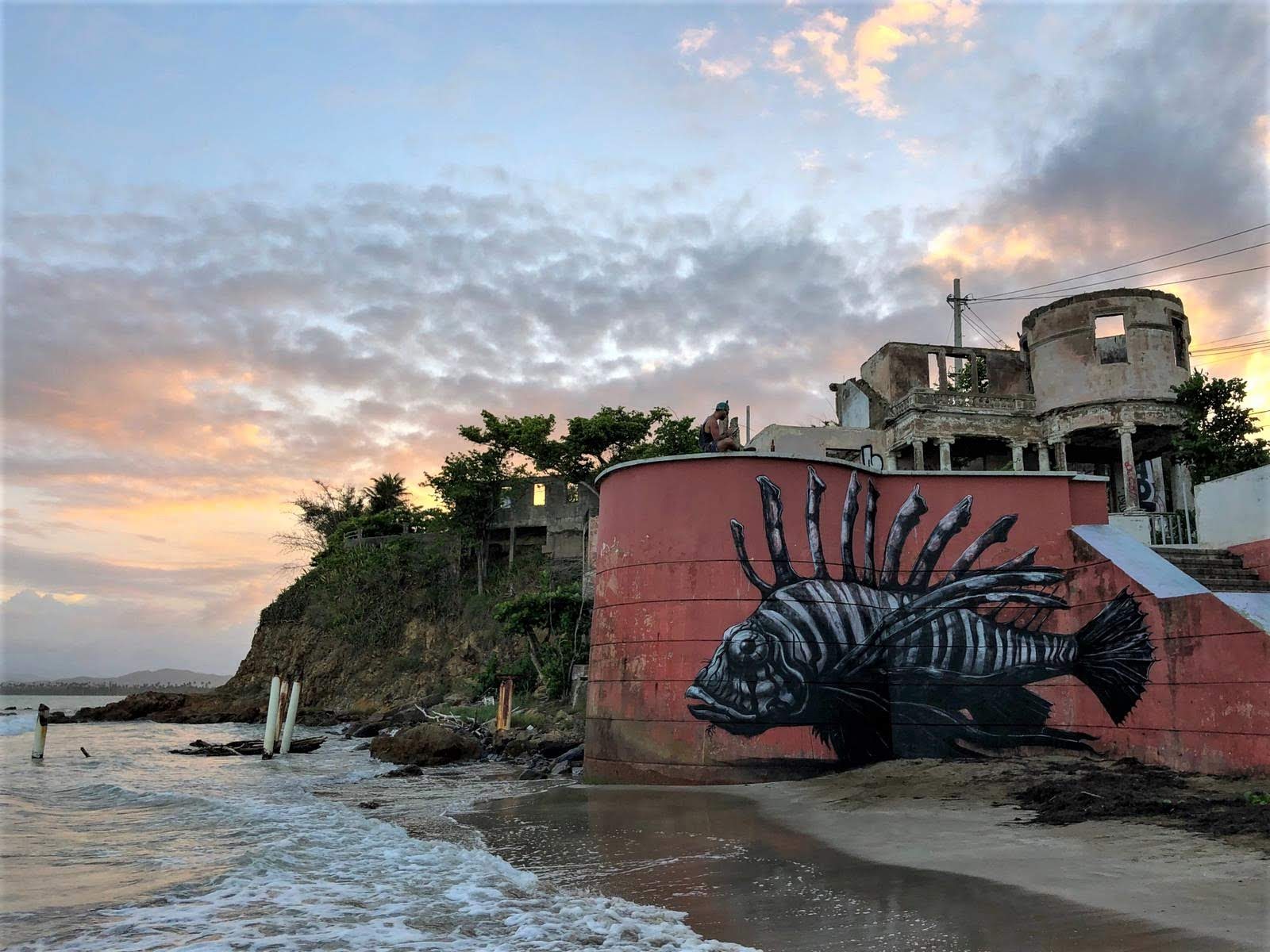 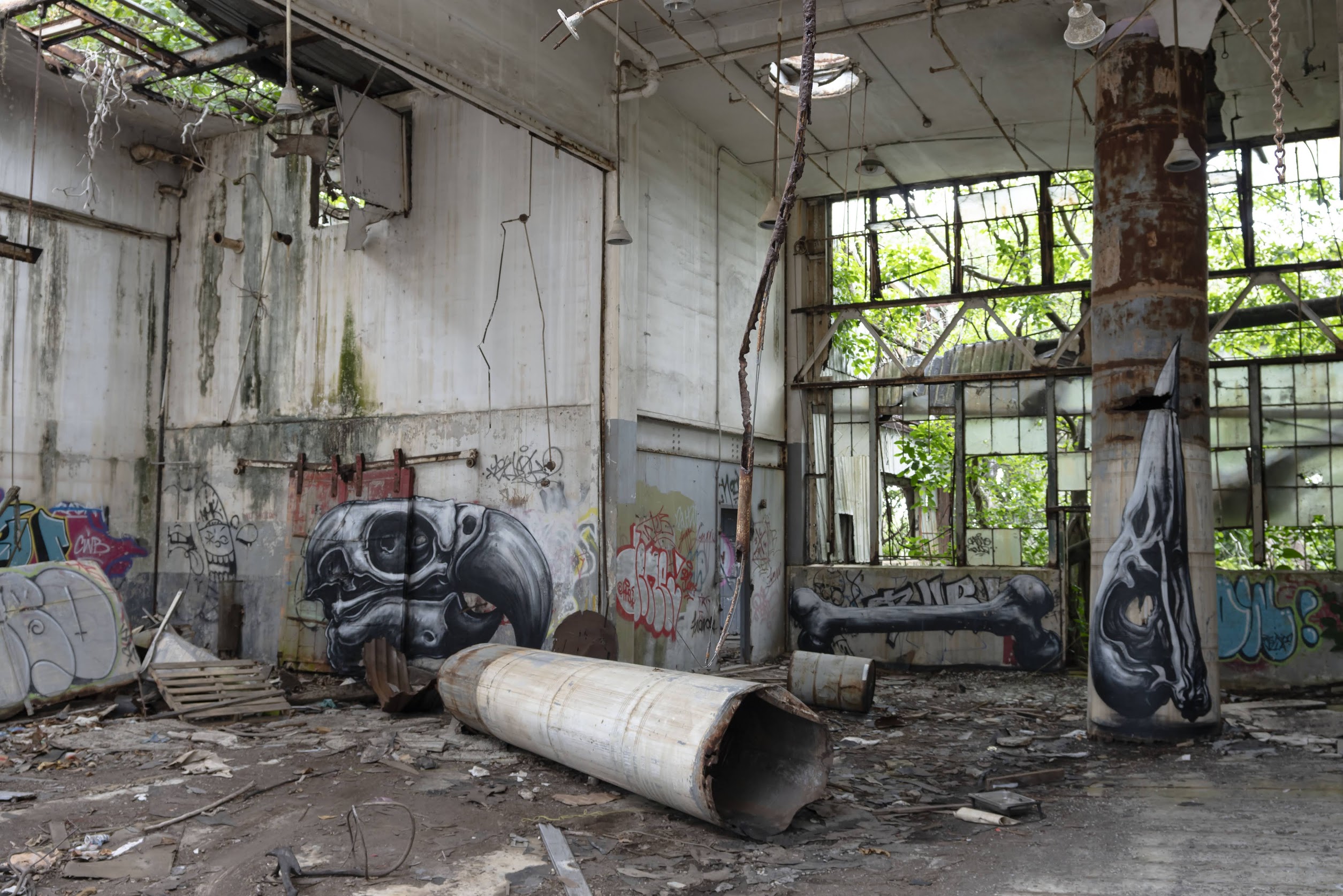 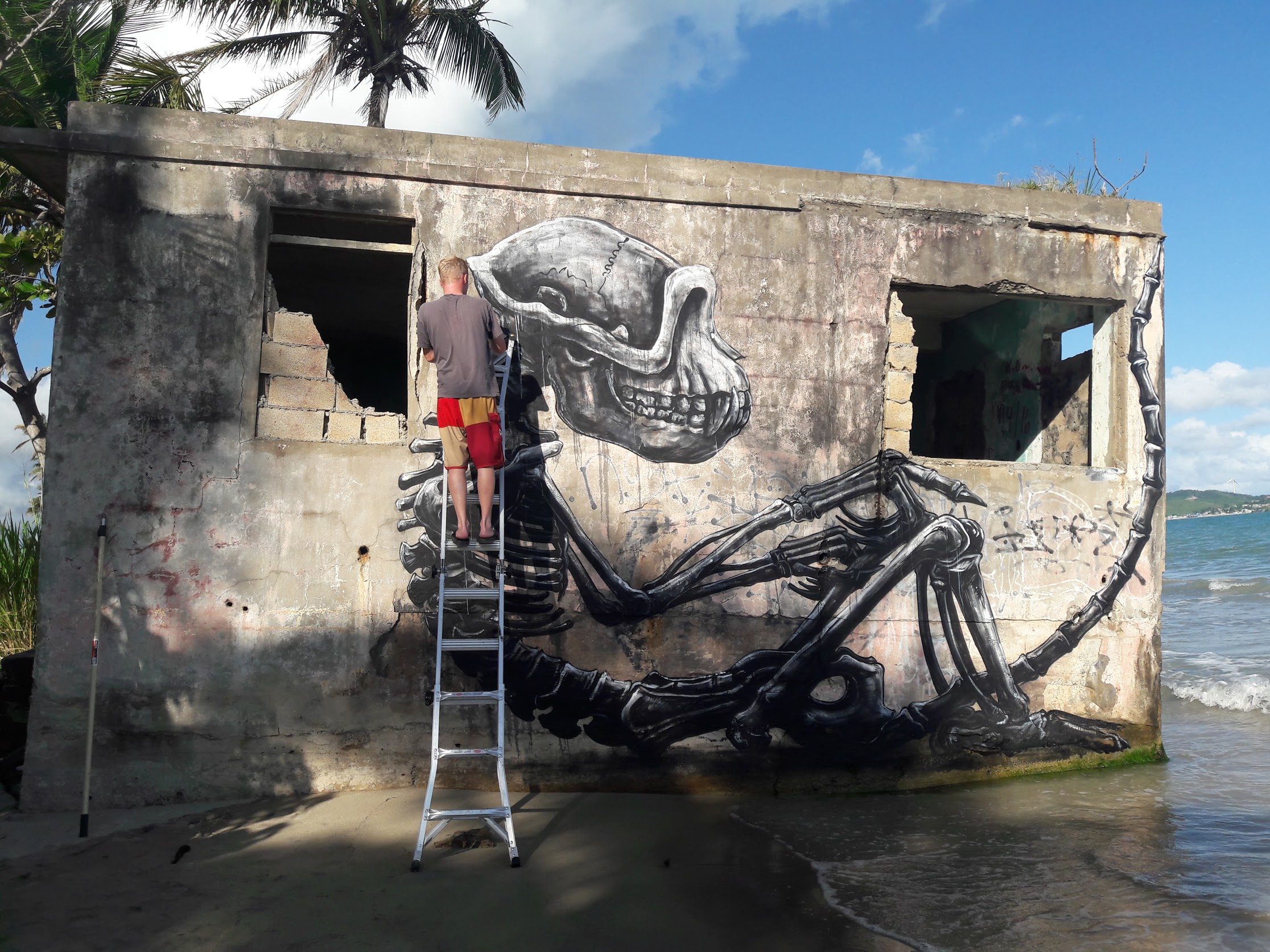 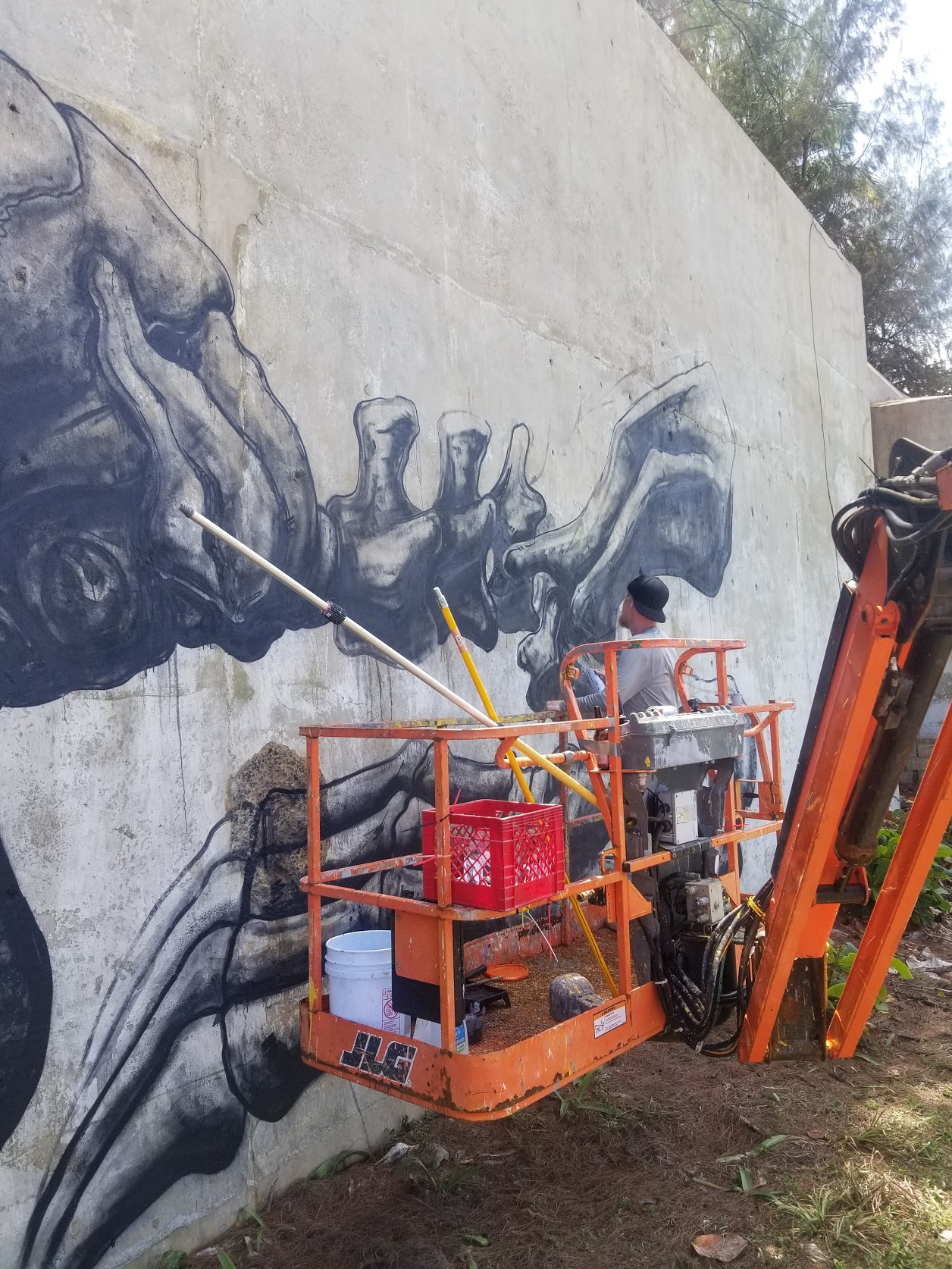 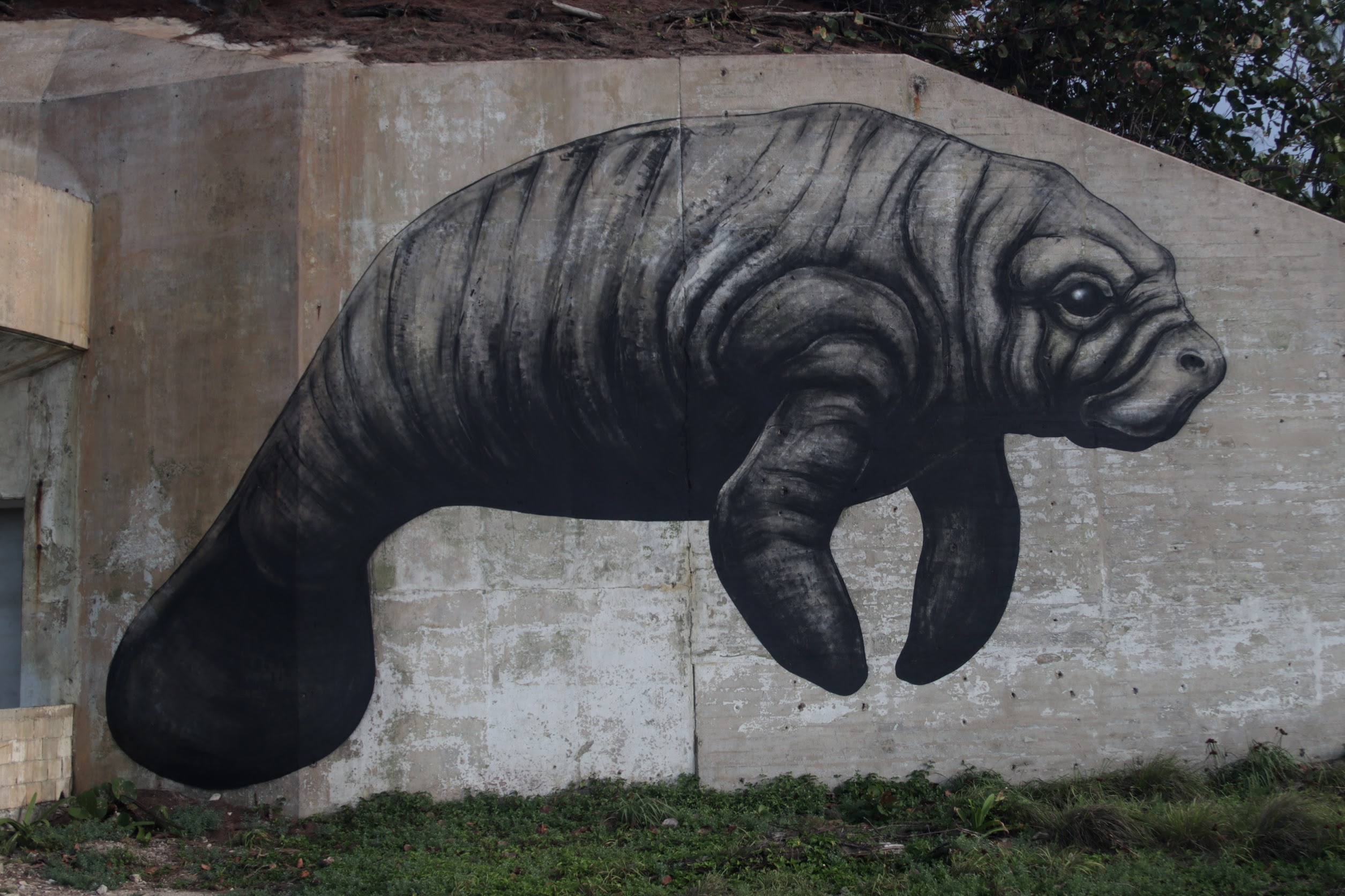 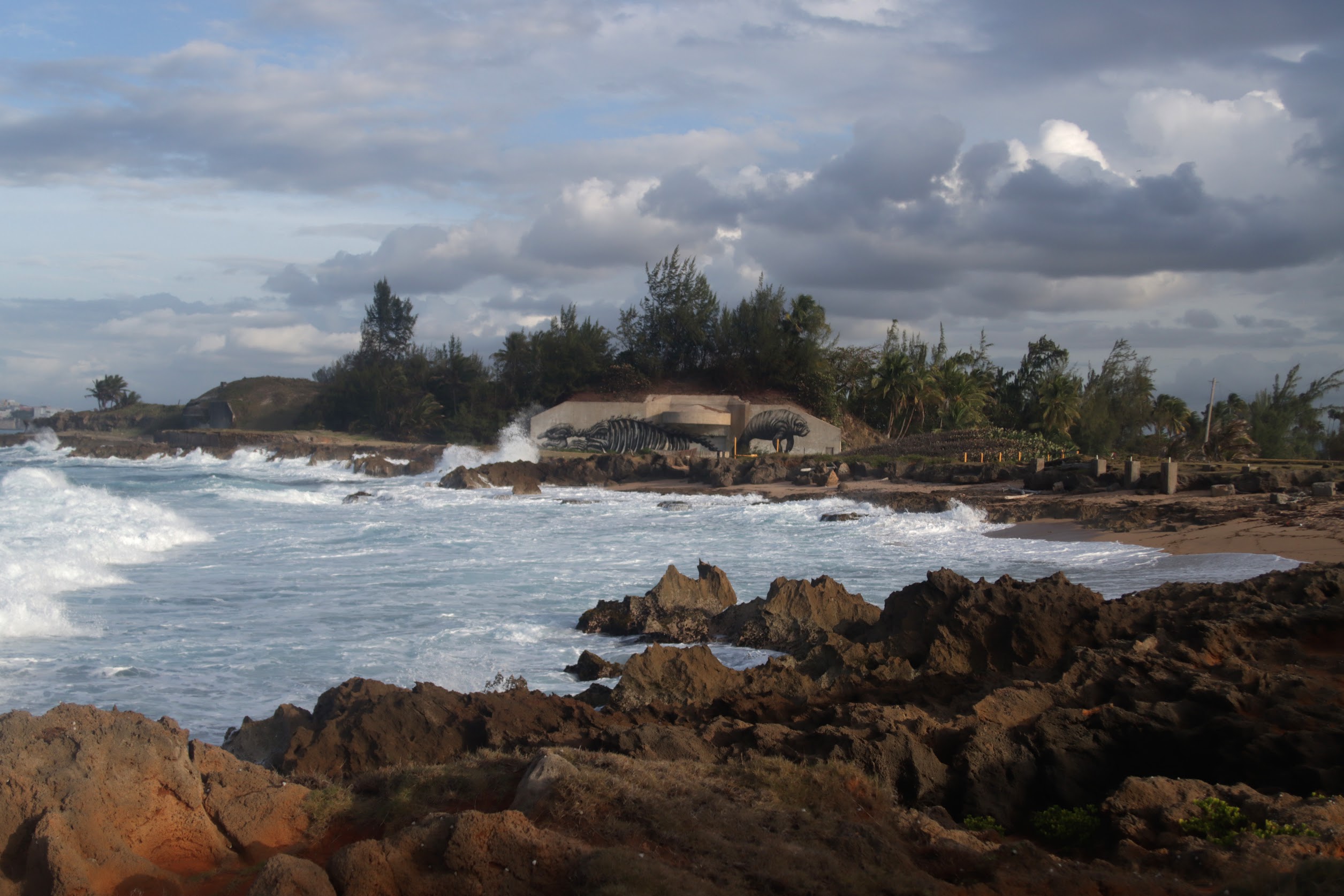 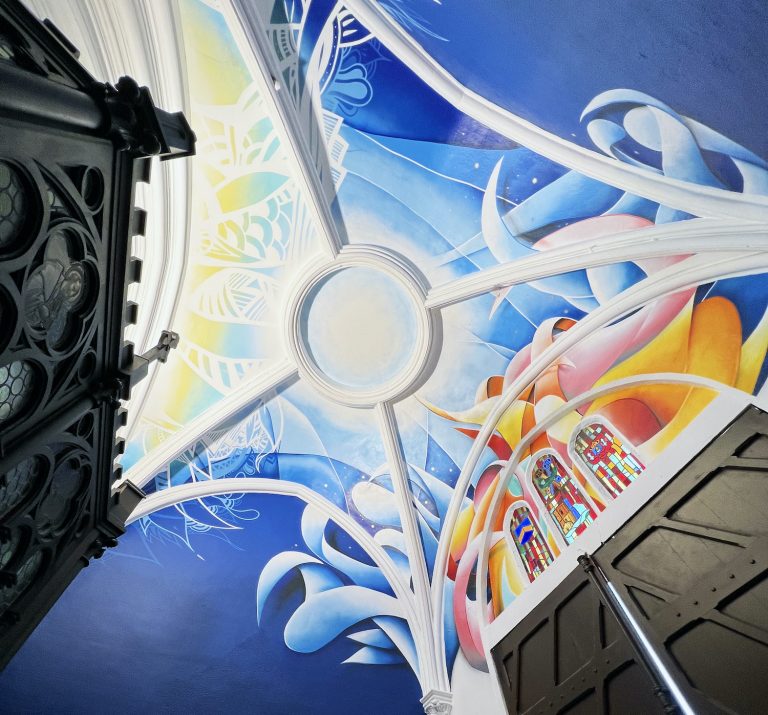 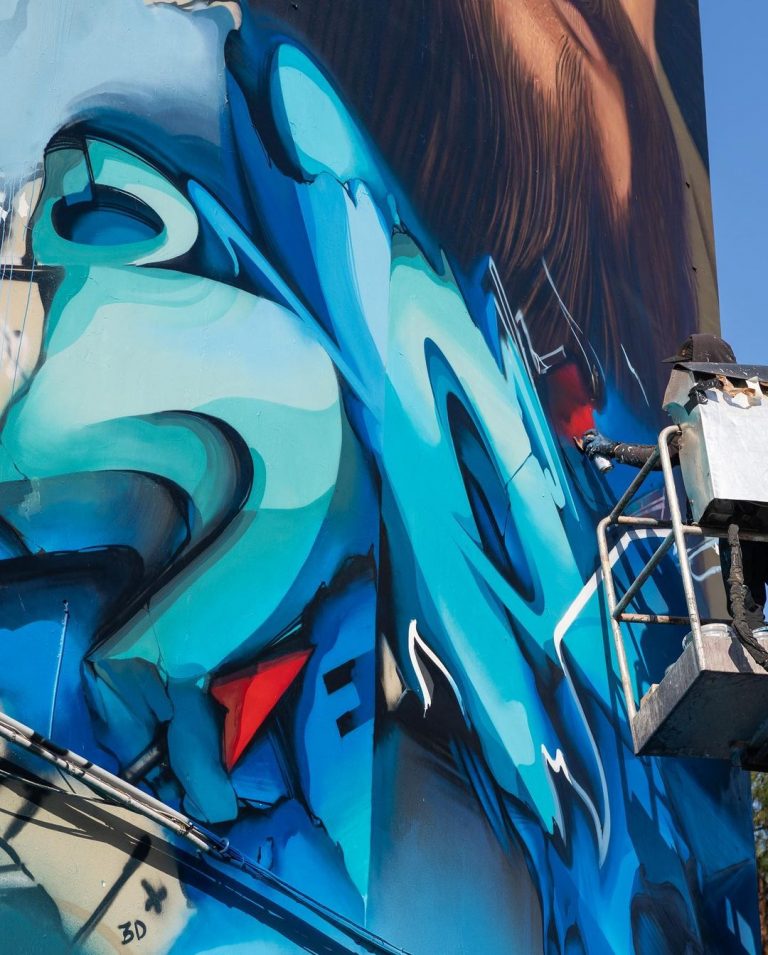