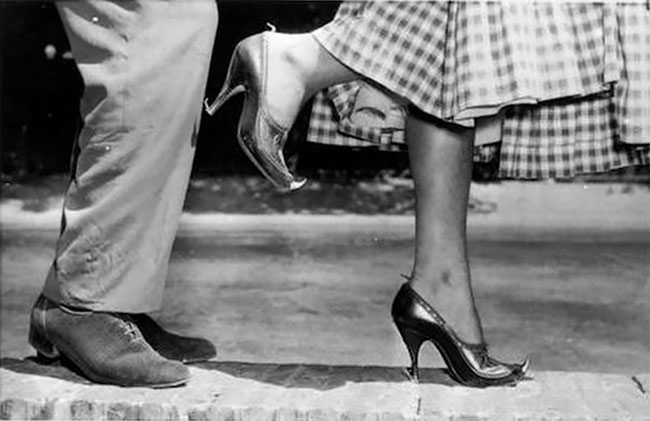 In 1955 in Italy, “Defense Shoes”, complete with spurs on toes and heels to kick away sex pests, were designed by a Roman shoemaker to protect young girls from street. Police at the time referred to those harassing young women as “parrots” – because the girls said they repeated the same silly phrase all the time. 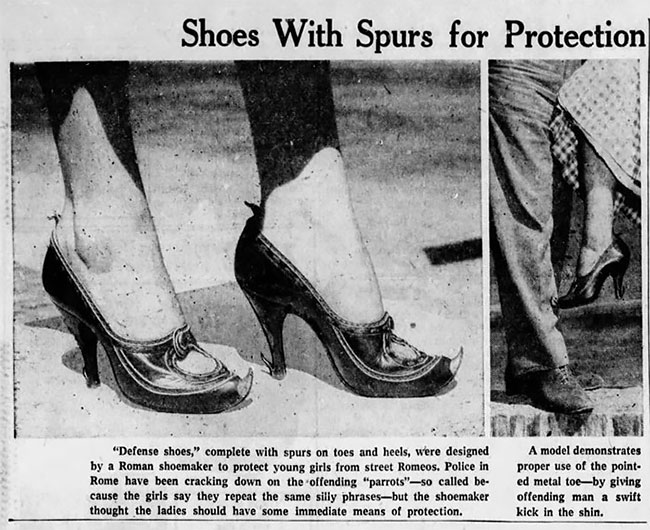 Reviews of the shoes suggested such a girl would be “publicly displaying her vanity … that her own good looks would encourage pursuit” and that the wise boy would give the spur-shod girl a wide berth “because of the unmistakeable evidence of spurs on the heart and probably the tongue.”

In reality, “Defense Shoes” didn’t catch on as women’s fashion. Perhaps because of negative reviews in the press: 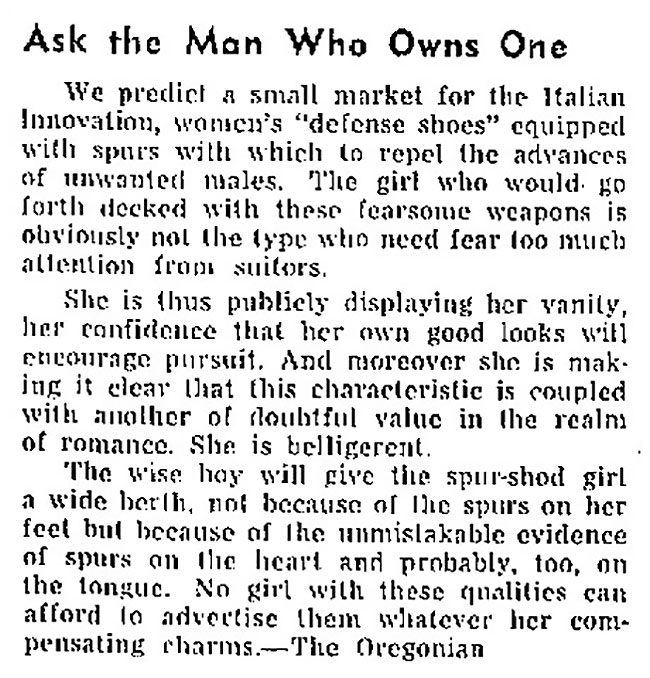 But I wonder if they might have been the inspiration for the spiked shoes worn by Rosa Klebb in 1963’s From Russia With Love: 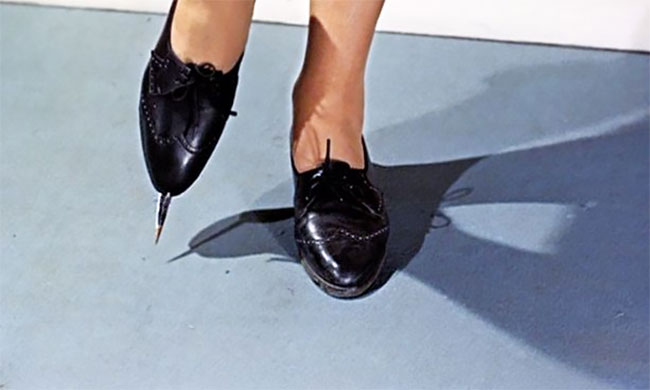 Beautiful Photos of Brigitte Bardot During the Filming of “Les Femmes,” 1969