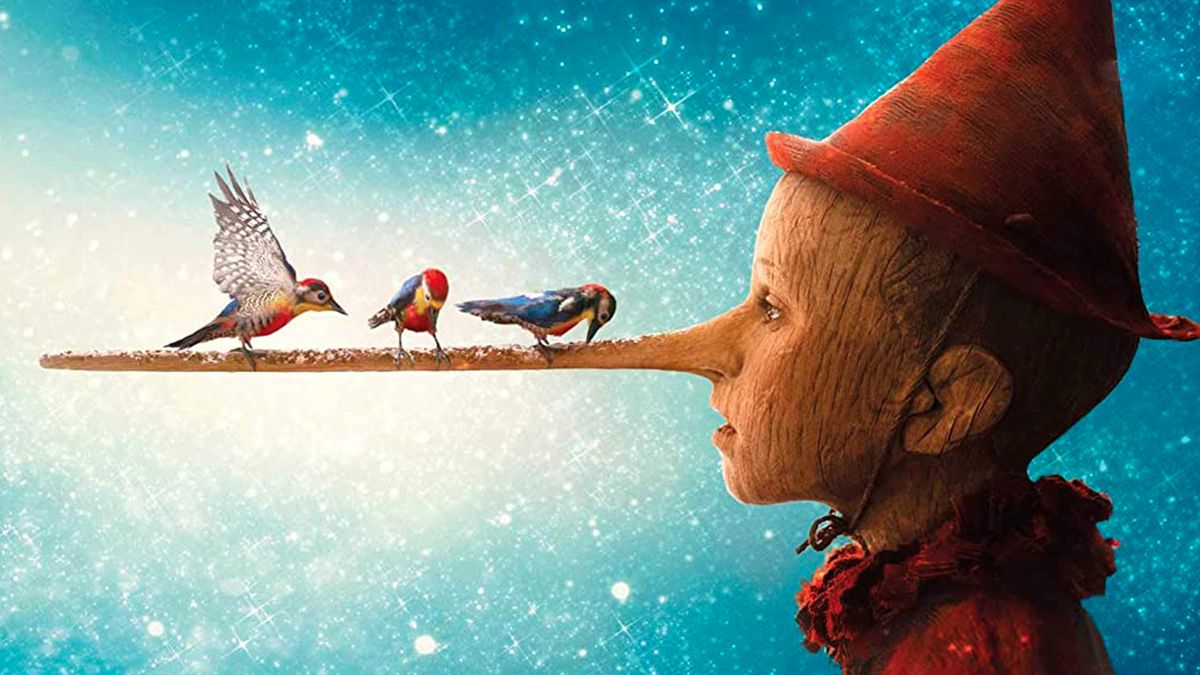 With live-action versions of classic animations from Aladdin to The Lion King released in recent years, we were bound to get a human version of Pinocchio sooner rather than later. As it happens, we’re getting two – Disney’s is due in 2021, but it was beaten to it last year by director Matteo Garrone. And many are only just discovering Garrone’s effort after last night’s Oscars ceremony.

Nominated for for best makeup and hairstyling and best costume design, last year’s Pinocchio is a far cry from your average cuddly Disney caper. Filled with creepy character design (human snails, men with dog’s faces – that sort of thing), the CGI/live action combo has a decidedly uncanny valley quality – much to the terror of the internet.

While there are several strange, fantasy characters present in the trailer (above), perhaps the most unsettlingly creepy character design belongs to Pinocchio himself. While the original hand-drawn Disney version was removed enough from reality to avoid being too disturbing, there’s just something uncomfortable about a discerningly human wooden puppet. And it seems Twitter agrees:

Just found out they made a live-action Pinocchio movie this year and it will haunt my dreams pic.twitter.com/HEgIeIYOvZApril 26, 2021

Others, meanwhile, can’t quite believe that the film exists. Released last Christmas, it flew somewhat under the radar – especially with a Disney version on the cards for this year. Some have even amusingly speculated that the film isn’t real, and was invented as padding for a virtual Oscars ceremony after a year in which countless films were postponed.

The plan? Campaign a fake Pinocchio movie in the hopes of getting an Oscar nomination. pic.twitter.com/kfRH2xP7H4April 26, 2021

Has anyone yet gotten to the bottom of this #Oscars scam Pinocchio movie that doesn’t actually exist?April 26, 2021

If you thought one creepy-looking Pinocchio film was enough, Disney recently officially announced (below) that its own live-action remake will arrive on Disney Plus this year. Here’s how to get 15% off Disney Plus if you haven’t signed up already.

One of Disney’s all-time classics is coming to #DisneyPlus with the new live-action retelling of Pinocchio, starring Tom Hanks and directed by Robert Zemeckis. ✨ pic.twitter.com/44bHbFRhMeDecember 11, 2020

While Garrone’s Pinocchio looks a little scary, let’s not forget – like most fairy tales, the original story is by its very nature a tad on the dark side. Speaking of creepy, though, we’d only just got over Buzz Lightyear’s unsettling new look before real-life Pinocchio arrived to haunt our nightmares.