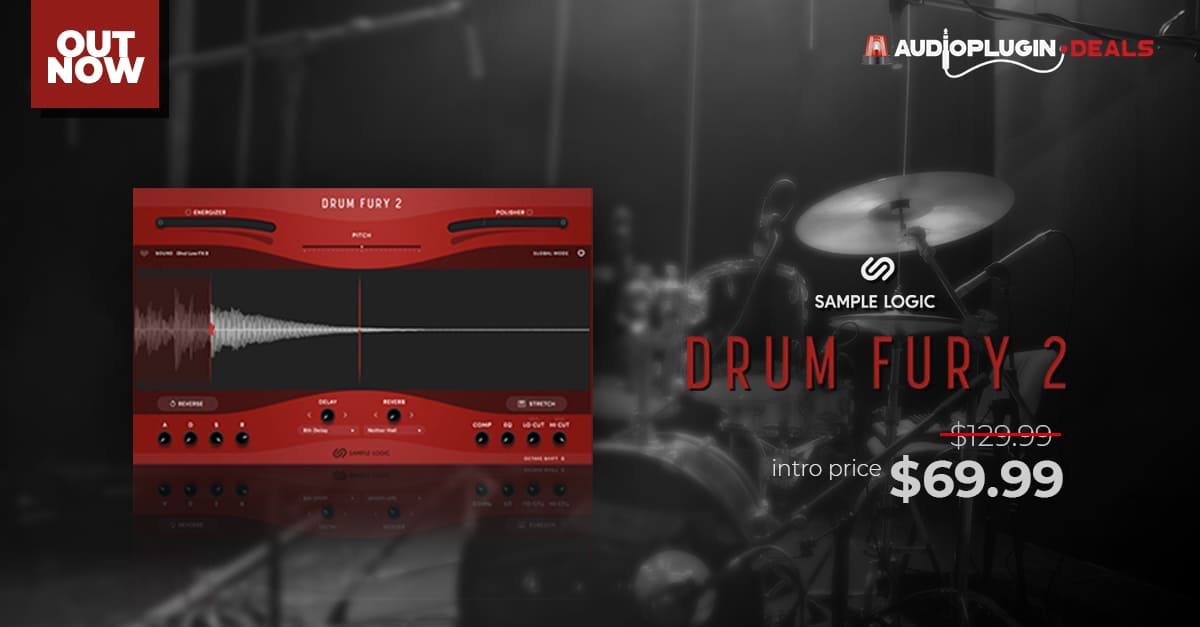 Sample Logic’s stuff is awesome. They’re one of the first companies I really trusted when I was just starting out – and I wasn’t alone, either. Their Kontakt libraries are massive, robust, both well-thought and laid out, and endlessly tweakable.

For all the stuff out there, Sample Logic’s products always feel like buying an actual instrument.

And this one is no different, Drum Fury 2 being the brand new successor to their flagship sampler.

And as part of their release promotion, they’re currently offering it for $69.99 (nice), a significant reduction from its original price of $129.99.

SampleLogic’s video is pretty exhaustive, but here’s what you’re getting:

Also, Drum Fury 2 isn’t just a direct upgrade but a proper sequel, so both instruments cover different bases and can easily be used separately or combined.

That’s all rounded out by some of the best user interfaces around. Seriously, Drum Fury 2 looks deceptively simple when you fire it up, but that’s only because everything is so well positioned.