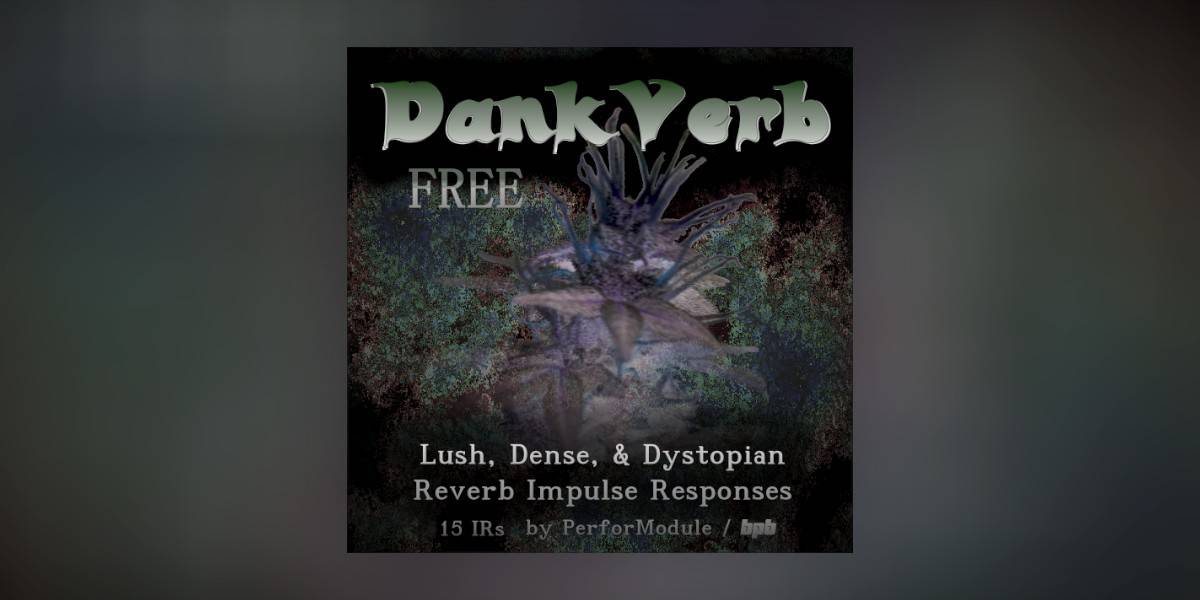 TC Electronic is a household name when it comes to effects, and their reverbs are particularly revered.

Back in the wild west days of 2009, they released a reverb plugin called the M30. That plugin has since been discontinued, so you can’t get it anymore, BUT, thanks to the masked vigilante known as performodule.com, you can grab the Impulse Responses from that reverb.

As someone who records guitar, IRs took a bit to get my head around and learn to use properly, but essentially, they’re recordings of the audible reflections made from a single short, sharp noise, such as a finger snap.

That noise is then canceled out using the original sample, so what you’re left with is an imprint of the room’s sound.

That’s obviously useful, especially when mixing, where you often want disparate elements to sound like they’re inhabiting the same space physically. That’s what a ton of industry-standard plugins are based on, also known as “convolution reverbs.”

The M30 was known for its lush sound but retains a bit of digital edge. That’s not necessarily a negative – nowadays, companies like Valhalla DSP have staked their name on emulating old digital hardware devices with just that sound.

The legend that is Performodule has graciously captured the IR responses from this now-unavailable plugin in great detail, sampling each of the M30’s twenty-three primary presets in true stereo at 88.2kHz, using what’s known as a Sweep Frequency Response Analysis (or SFRA) method.

These samples were then normalized at or close to 0dB and exported as Wavs, ranging from half a second to a full ten seconds.

The presets include all the hallmarks of a good reverb, ranging from small rooms to orchestral halls. The majority of them are pretty standard, focusing on vocals or guitar or spoken word, but there’s enough variation and a touch of more experimental sounds that you’ll have your hands full for a while.

To use them, Impulse Responses need to be fed to an IR Loader. There’s a bunch of free ones out there. I personally use Ignite Amps’ NadIR.

If you would like to support Performodule, you can do so by buying one of his many reasonably priced packs here.

DankVerb Free is an exclusive free set of impulse responses for Bedroom Producers Blog readers. Performodule picked twenty IRs from the full DankVerb library and kindly shared them for free on BPB.

DankVerb is a collection of 150 luscious reverbs suitable for post-apocalyptic sound design. These are not meant for happy, pristine spaces, but rather for pouring on vibe and character with blatant (or subtle) dosages of rich, gritty dankness. These reverbs are meant for dirty places. Dark places. Scary places. Places you know you shouldn’t go, but something inside compels you to.

You can download the free DankVerb impulse responses below.