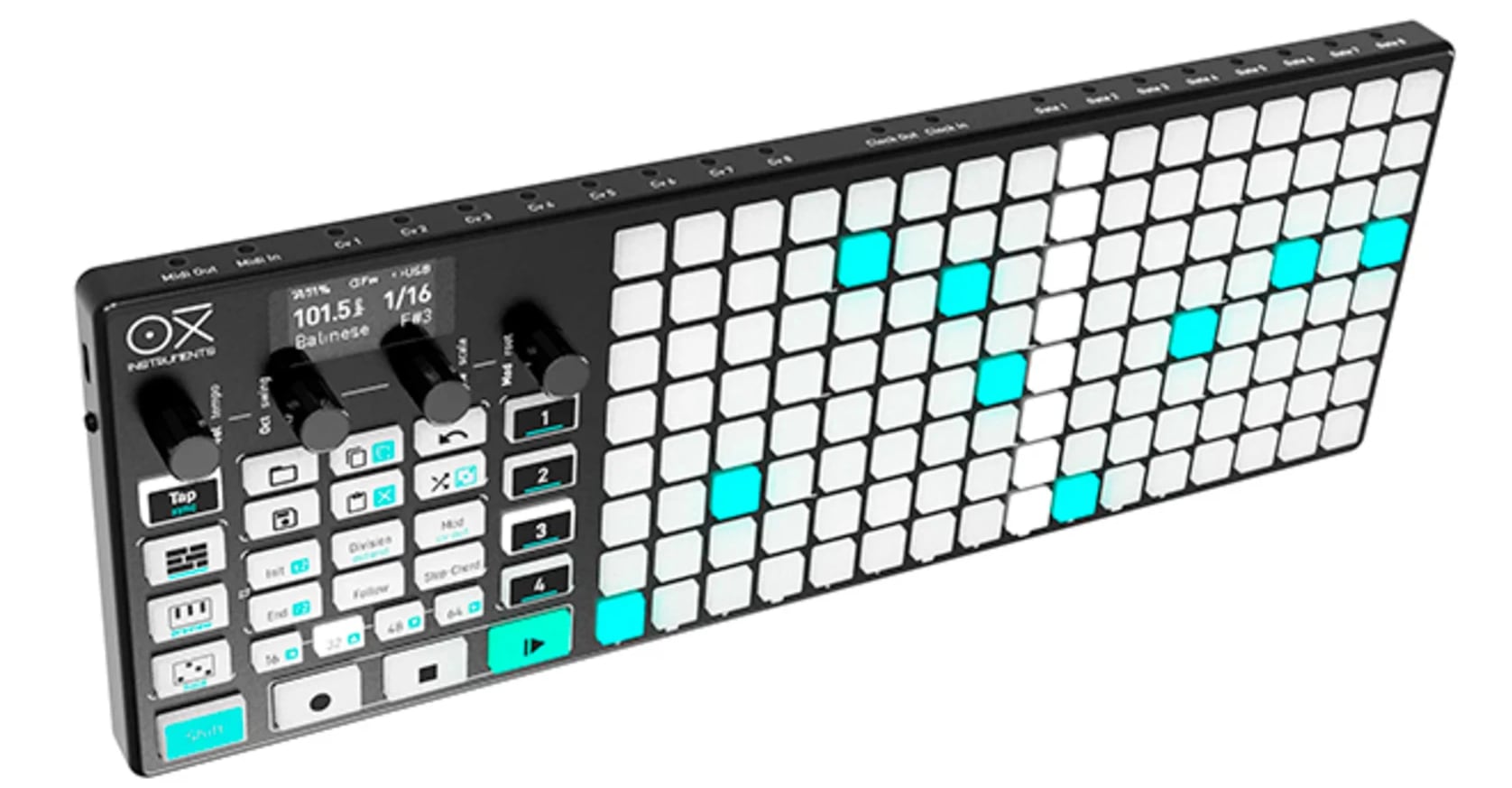 The OXI One supports MIDI and CV connectivity, with 8CV and 8 Gate outputs, and 1 CV input with configurable routing. In addition to sequencing pitch, you can use the outputs for envelopes, LFOs and more.

The OXI One is available to project backers to preorder, starting at about $637 USD.