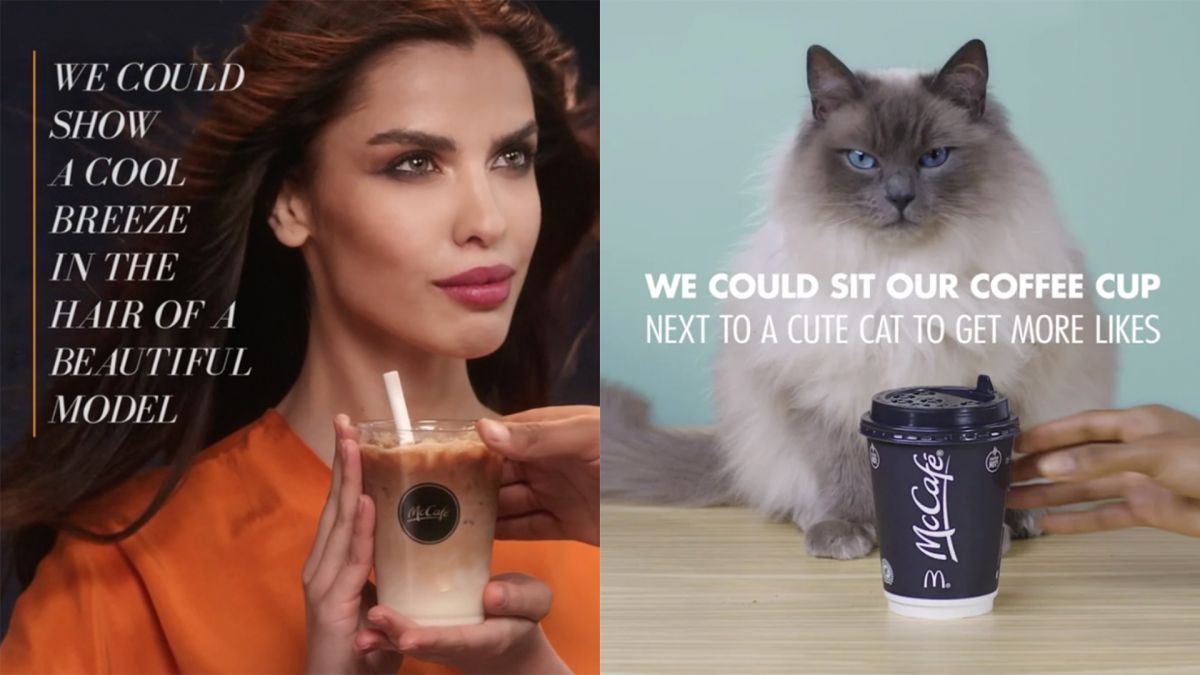 McDonald’s has form when it comes to taking the mick out of the artisan (read: hipster) coffee movement. Whatever you think of Maccy D’s coffee itself (we’ll keep quiet on that one), there’s no denying the creativity of its ads – and these social media posts are a hilarious dig at various visual advertising clichés.

From “funky studio setups” to “too much dry ice” the social media ads lampoon the highly staged nature of artisan coffee ads, and are up there with many of the best print ads when it comes to satirical advertising.

And yep, we’ve definitely seen each of them before. People awkwardly sniffing coffee, drinks in front of random mountain peaks and a cool breeze through the hair of a model are all-too familiar, and it’s fun to see each style so accurately parodied.

But hey, perhaps we’re nitpicking. Like these brilliant minimal lockdown ads and those bold, blurry posters, this is another delightfully creative campaign from the burger pedlars. Created by advertising duo Cesar and Pjotr, the ads were created back in 2019, but have resurfaced this week after being shared to the duo’s Vimeo page.

While we’re fans of these particular ads, McDonald’s doesn’t always get it right. Its recent packaging redesign wasn’t a patch on Burger King’s sizzling new rebrand – and the less said about those kissing burgers, the better. If you’re inspired to create an ad of your own, check out today’s best Adobe Creative Cloud deals below.