EnRage by BOOM Library is probably one of the most dazzlingly intricate multi-FX plugins I’ve ever had the pleasure of digging through. Learn more about BOOM’s latest plugin in our EnRage review.

I want to skip the pleasantries here as there’s just too much to discuss!

At its core, EnRage is a multi-FX module that feels almost like a scientific audio tool – like an all-in-one laboratory for sound design.

EnRage is expertly crafted for maximum control, a real sandbox of a plugin that takes some time to master. It does have a reputation for being intimidating – maybe even a bit esoteric – but looks can deceive; it’s more intuitive than it initially appears to be.

While a multi-FX plugin of this depth and complexity is invaluable for music production, this isn’t the final frontier for EnRage.

I can see EnRage being highly effective in a broader sound design context, whether for film, TV, video game design, or other multimedia purposes.

There’s no doubt that EnRage took some serious work to code, but does it fulfill its promise as a one-stop-shop for advanced audio processing and FX?

Some of these devices purely serve a practical purpose, e.g., allowing you to select your inputs and output gain, as well as a sidechain input.

The vast majority are creative FX modules. All your go-to sound design tools are represented here, including reverbs, delays, filters, distortion, and an abundance of modulation effects.

However, EnRage also offers a selection of signal and noise generators, enforcing its profile as an all-in-one sound design tool.

The twelve categories of devices are:

The above isn’t just a list of routine FX.

Devices like Dynamics and Imager allow you to process your audio using compressors and stereo imaging tools, as well as FX.

For sound design, the ability to chain complex FX with dynamics and modulation is a powerful combination that opens up more sonic possibilities than standard multi-FX processors.

The Fundamentals of EnRage

When you open EnRage, you’ll be confronted with an overwhelming quantity of options.

I want to draw attention to the Rack section on the bottom left of the plugin.

The Rack is where you drag and drop Devices from the left-hand panel.

The majority of the time, you’ll be using EnRage as a multi-FX rack. You drag your Devices into the Rack, fed by a stereo input to process sound through the modules for output.

The concept behind this is pretty simple – you create your own FX chain, constructing multiple FX from within the same Rack. Each one is controllable independently of the other, but they can also be linked together via the Mod Sources panel at the top of the plugin.

Another feature that makes EnRage stand out from other multi-FX generators is the Generator device section.

These allow you to create generative sounds that are fully integrable with EnRage’s other devices. 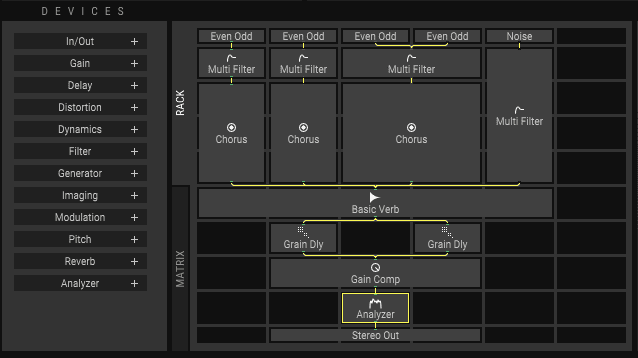 Below is the Rack layout for the Endless Drone preset – it has four Generator Saw/Sine wave devices and a Noise device feeding into a multi-FX chain.

There’s tons of potential here for creating ambient sounds and soundscapes – you can create detailed and atmospheric 3-dimensional tones that run parallel to your audio, that can even be routed through its own separate FX chain within the same Rack.

The Macro section on the right of the plugin can be populated with controls from your FX chain, allowing you to automate EnRage within your DAW.

To be honest, the automation possibilities here beat most other multi-FX plugins into submission.

The Control section, top left, lets you control your modulation triggers and their behavior.

By recording this plugin to an audio track and experimenting with the controls live, you can create some incredible ambient synth drones – I highly recommend playing with Digital Didgeridoo or Endless Drone.

Presets: You Will Need Them!

If you open EnRage and know precisely what to do, then hats off to you – you are a genius!

Luckily, for the rest of us, EnRage has 200 presets pre-made and ready to roll. The coolest thing is that you can see how each preset maps Devices, Controls, and Macros within the plugin – this gives you a feel of how EnRage works on a more fundamental level.

After a while, you get a better idea of how to create your own effects from scratch, though I believe that building some of the more complex presets would be grueling.

I’m glad Boom put the time into creating plenty of presets in EnRage – adding just 10 to 20 wouldn’t have showcased what EnRage can do.

Some presets are simple FX chains but others are ludicrously complicated, filling the entire Rack with interlinked devices controllable via the Macro, Control, and Mod Sources section.

Each preset comes with a mini description.

These advanced FX chains are simply awe-inspiring, both visually and sonically. Browsing through the presets and witnessing the diverse range of ways in which EnRage can mutate a single piece of audio is such an extraordinary experience.

Some notable presets for me are the Auto Stutter that helped me turn drum loops into instant glitchy breakbeats and the Blaster Laser, Rainmaker, and 60s Spaceship Bridge, which underline the potential of EnRage as a sound design tool.

Digital Didgeridoo was another standout – it’d be tough to create an effect like that with another plugin.

Each preset comes with a description in the bottom-left, which is a quality touch.

The attention to detail here is intense – it does feel like a scientific instrument.

EnRage – An Outrageous Number of Possibilities

You could spend hours digging through EnRage and still be nowhere near mastering everything the plugin has to offer.

One of the main advantages of EnRage is that, even despite its evident complexity, the CPU load is generally very light. This is essential – if EnRage were poorly engineered, most CPUs wouldn’t handle many instances running simultaneously.

My aging Intel Core i5 test rig handled several instances of EnRage on a session that already strained my PC. That’s great news for users who use plenty of plugins in their projects.

If you’ve been searching for an exquisitely detailed multi-fx plugin, then EnRage might just be the end of the line.

EnRage is the perfect modular workhorse for music producers, sound designers, recordists, and audio artists. It is a scientific sound design lab for near-endless sonic creation.

Of course, this amount of functionality comes at a price. The asking price of $349 will be too steep for many, but it’s a worthy investment if you’re dealing with sound design professionally.

EnRage is the perfect modular workhorse for music producers, sound designers, recordists, and audio artists. It is a scientific sound design lab for near-endless sonic creation. 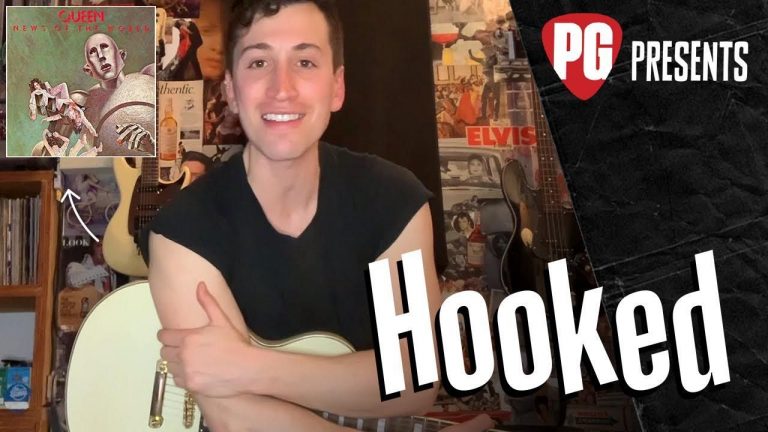 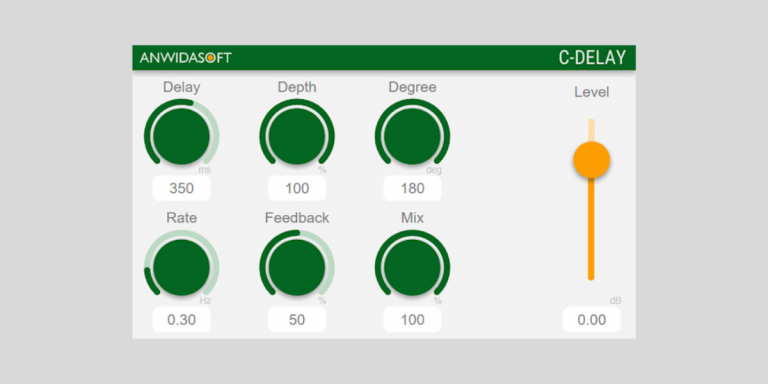