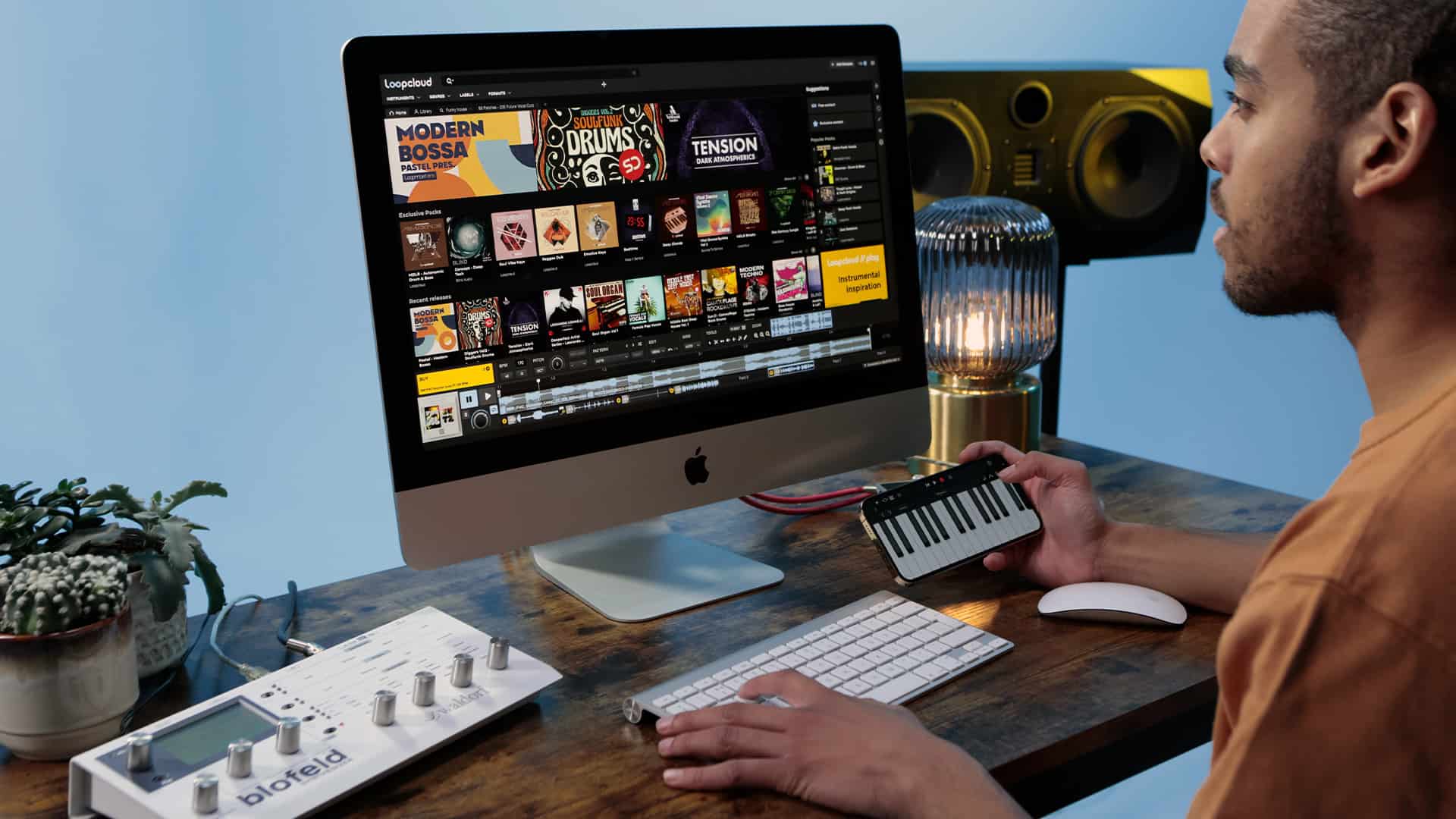 I don’t have a ton of time to construct huge three-hour symphonic prog-rock epics as of late, but I’ve found immense satisfaction in smashing some samples together and practicing my mixing skills on that.

By far, the easiest way I’ve been able to do that is by digging for stuff on Loopcloud.

Loopcloud – What Does It Do?

It’s no secret that Loopmasters is still the world’s largest provider of samples, and they’ve been at it for a long, long time. There are more sample packs on there than there’s storage space on any hard drive.

Hence, Loopmasters launched Loopcloud, a cloud-based sample management platform that also works as a plugin in your DAW. Over time, Loopcloud evolved into a capable virtual instrument, packed with sample editing features and DAW integration that gets better with each new version.

On top of being a brilliantly addictive piece of software that can have you messing around for hours, Loopcloud has also been incredibly innovative.

You can mix and match from different packs, edit clips and sequences, add a growing number of effects, tempo match the loops to your project, and then drag and drop the edited audio into your DAW of choice to keep working.

The sixth iteration of the software makes Loopcloud better than ever, introducing several neat new features.

The most notable improvement is AI integration – you can now search based on instrument, tone, rhythmic density, appropriateness to samples you’re already using, and more. The new AI engine also tags any sounds you import and suggests alternate samples, which is also incredibly exciting.

Using sample packs can be an arduous process, as you either need to go through a bunch of sounds and select the ones you like or, more often than not, use a few at the top of the list and then just let the library sit there.

Here’s how the development team describes the new Loopcloud 6 plugin:

Loopmasters have made a fun and organic sample management product that genuinely bridges the gap between chance and workflow.

The best thing about it is the Loopcloud only keeps getting better – this update, in particular, elevates it into being more than a sample librarian, but a bonafide groovebox and springboard for new ideas.

Oh, and there’s an EQ, compressor, and saturator now, too, so you can get even further “in the box” before exporting – something that has also been massively improved with a bevy of new options.

Loopcloud is available with a subscription starting at $7.99 a month. There’s also a 30-day free trial.

Get A FREE Loopcloud Trial

New users can try Loopcloud for free. Each new account comes with 100 points for unlocking sounds.

However, Loopcloud is currently running a very limited-time offer for anyone who has taken a Loopcloud free trial before.

Users who already tried Loopcloud now have the opportunity to get a second trial completely for free so they can see what they have missed out on in the latest update. This offer ends June 1st, so it’s worth checking out if you’re interested in giving Loopcloud another try.

Sign up for the free Loopcloud trial and get the sonible entropy:EQ+ ($99 value) smart equalizer plugin completely free of charge.

More info: Loopcloud 6 (try Loopcloud and get the sonible entropy:EQ+ plugin for FREE)