GSatPlus Is A FREE Saturation Plugin By TBProAudio & Gearspace 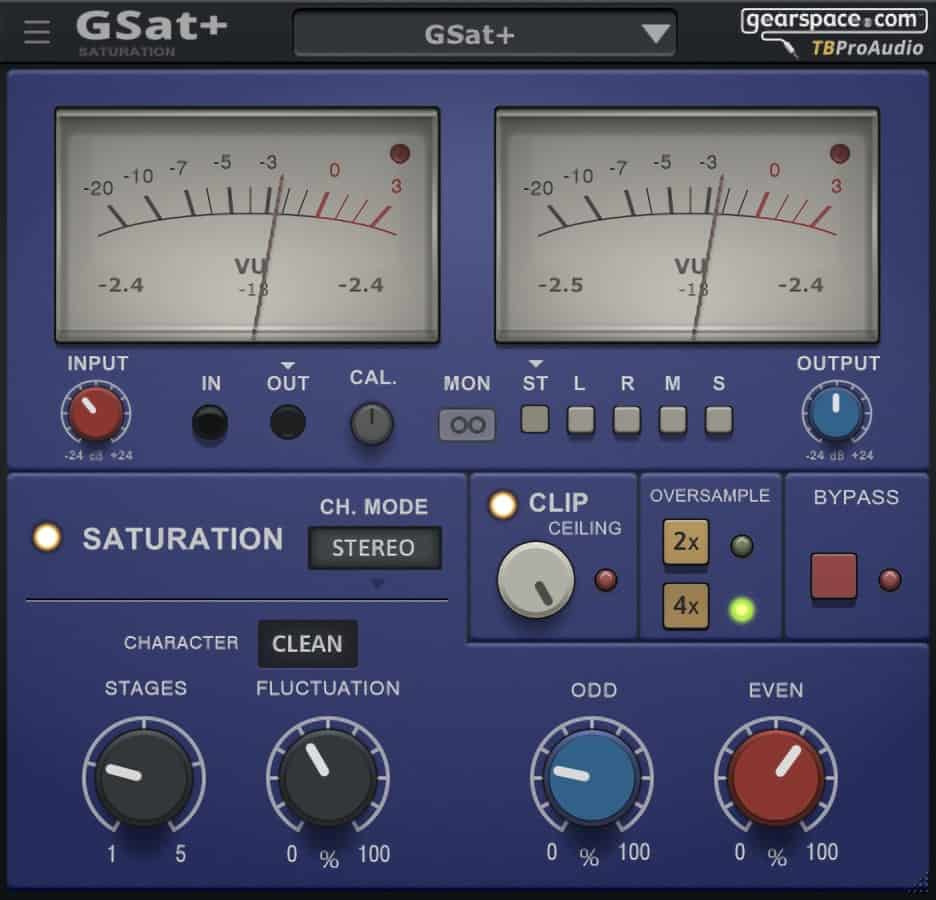 TBProAudio and Gearspace have teamed up to offer GSatPlus, a freeware advanced saturation plugin for Windows and macOS.

The giveaway initially came to fruition as a thank you to the Gearspace community. The loyal community of sometimes harsh and often correct critics has supported Gearspace (in its current and previous forms) for close to 20 years.

The GSat+ plugin is available for macOS and Windows in AU, VST, VST3, and AAX formats. You can download it free from the TBProAudio website.

The foundation of the GSat+ plugin is based on the saturation module in TBProAudio’s CS5501 channel strip plugin. The developers took on board suggestions from the Gearspace team to make GSat+ a feature-packed plugin that should satisfy the most demanding critic.

The resizable GUI can be split into three sections; monitoring, saturation, and the clipper. The signal path is input trim – saturation – output trim – clipper.

The monitor section has two large meters that can be set to VU, peak, RMS, EBU ML, and EBU SL. You can quickly switch between the meters displaying the input or the output of the plugin.

There are another few handy features in the monitor section, like the ability to calibrate your 0 dB point or isolate the left, right, mid, or sides.

Once enabled, you can apply the saturation section to the stereo, left, right, mid, or side. There are four character types to choose from; clean, warm, crisp, and classic.

From left to right, you have the stages knob, which introduces more saturation when increased. Next is fluctuation, which acts as a fairly subtle randomizer effect. The last two controls are for odd and even harmonics that will determine how smooth or aggressive your tone is.

The last of the main sections is the clipper that can throw up some extra distortion or fuzz when hit hard enough.

The plugin allows for 2X or 4X oversampling, but it will add some latency as expected. Without oversampling, the GSat+ plugin is zero-latency.

GSat+ is a lightweight plugin, so even an older system should have no trouble running multiple instances.

It’s the first plugin from Gearspace, and it would be cool to see more collaborations in the future, especially free ones.

Since we are talking about the Gearspace community, I’d like to show appreciation for the BPB community. It’s amazing to see such a supportive group willing to share their time, experience, and advice – Thank you.