All Eyez on Skore79! It’s hard to miss the work of this great artist, his excellence dominates the graffiti game and his art is extremely popular and influential on Instagram. In fact, Skore79 has complete control over the letters which he incorporates into stagings where he exhibits mastery on the sets and characters.

Let’s begin. Tell us who you are and where you’re from?

My name is Skore79, I was born in a small town on the north coast of Germany. My parents immigrated in the early 70s here for work. My origins are based from former Yugoslavia.

I started to write Graffiti in 1993 with different names. Later Skore without the number around  1996, and finally with the birthdate 79 at the end, around 2008 to make a difference.

In a small town in the north of Germany there must not be much graffiti, how did you discover it?

There was this movie Beat street on German television. There was a small group with Sone,  Bes, Pok, Stue, and me. We build our first crew back then: Horror Style Kids, which started with writing through this movie. I can say we were the first in 1992. Later it became bigger. We traveled a lot to Oldenburg, Bremen, Hannover, Hamburg, Berlin for a couple of summers in that time to watch more experienced graffiti in bigger cities.

Do you continue to travel?

Honestly, I don’t like to travel a lot. I hate flying or I’m afraid of. Train or Bus is much easier for me. Therefore I only visiting local areas. From time to time I overcome myself and go into a  plane for a jam or event. But not often.

What could please the teenager that was in writing?

As I can say it was the love for drawing and the satisfaction or thrill of tagging and bombing.

Did you go to an art school?

No. I was doing regular school and later started to study mechanical and electrical engineering.  But quit after a while, to earn my first money. It was easier to start working fr me and rent my first flat with my girl. I was working for Hewlett Packard as a Coach and mentor in a Service  Center.

Did you have other names before you settled on Skore?

I started to write the name Rom for a while. It was a quite good name for fast tagging and bombing. Then Rob because I liked the letter B more at the end and it sounded better in my opinion. But I always liked wild styles and wanted to have a good letter combination with an S.  So I chose first Skor then a few years later Skore prox 1999 and Finally Skore79.

Does this word have any special meaning?

First of all the word/name Skore is a good letter combination. A wild S at the beginning, which leave a lot of possibilities for elements and connections.

I always like to connect certain letters with each other. Like bridges and parts melt together or have 2 meanings.

The other thing is, the Name Skore sounds good and is memorable. Often people write my name with a C. I think they assume my bad grammar behind it.

It’s interesting that you talk about letter connections, can we say that this is one of the specificities of wild style or german writing?

Well, we learned from the German Pioneers which probably learned it from subway art and the New York scene. German writers took it on another level. Like the rest of the world took another aspect of the US graffiti to another level. At least for me in my small universe the germans got the fresher wildstyle.

Why these cities? Any names for the German Pioneers you speak of?

Berlin had a huge impact on the german scene. Writers like Amok, Jay1, Shek, and later Odem and Phos4 were already style kings and did something completely new. Heidelberg got the style master Kane which influenced the whole region around with his classic style.

Do German letters have other unique specificities?

Definitely in the 90s German Graffiti was special then because it broke some rules. Now it is very easy to find the same style in every country of the World, through the Internet.

What was special about the 90s German Graffiti scene?

The German style had this funk, aggressiveness, and intelligence. Especially in the 90s. It was a completely different swing I think.

Since when do you draw characters and decorations?

I always used to draw Bboys and figures since 1993. I quit writing letters for a while and drew  Pinups only. In the last few years, I’ve focused more on Style Writing and added sometimes figures, Marvel characters, etc.

I still try to be good in both disciplines as much as possible.

You have to spend a lot of time drawing because it’s a double job to be able to develop letters as well as characters.

My focus is more on style writing, but at least the characters or BBoys, have to have some flavor and should be well balanced. I like to add always Marvel and DC villains or superheroes,  too. They supporting the style better.

The surrealists were trying to solve a conflict of words and images, is it a surrealist dream? could be..

Humankind always wanted to express withdrawing. But a written and shouting word has always a statement. I would compare graffiti more with calligraphy. For me, it’s more important to  explore the beauty of the letters, than the whole picture (Background, Blocks, Charry, colors,  etc…)

The word or the name can be read and spoken by the whole world. It’s more recognizable and should be the writer’s legacy.

I think I noticed when you build your sketches, that you fill them end by the end. What does this bring to the fact of filling abort all 3D or letters for example?

I have different techniques for doing sketches. It depends on what kind of details I want to put in and around.

In the past you had to do the sketch first, then the fill-in, then the outlines, blocks, etc. Nowadays you can start at any point because you have much more tools like acrylic markers which cover everything. Basically, you can paint on the sheet-like on a canvas. So it doesn’t matter where and how to start.

Where do you get your inspiration for writing?

Everything around me. Comics, movies, cars, brands, even some colors of cleaning agent bottles or shampoos. But mostly through colors. I’m always thinking of a good color combination. Which colors are fitting well together for a piece. The rest like background, charries , is always additional.

What are you looking for when you write?

Mostly time out from everyday life.

What crews do you rep?

ABS – AutoBahnStyles founded in 1989 from Oldenburg and Bremen, is my local Crew with a  bunch of loyal and awesome writers. Everything is covered: train writers, bombers, style writers, tattoo artists, charries specialists. Very proud to be a part of it.

Mostly a Berlin Crew which were founded in 2013 by Phet 1, Kry, Dejoe, Stereo Heat, Stan and me. Many different styles come together in this crew.

A quite old Crew from Berlin which was founded by East and Phos4 by the end of the 80s.

Not many know the name East unfortunately, although he is an absolute style master and  influenced many, many writers in West Berlin.

Very proud to be part of this crew and able to paint together with my graffiti heroes.

Who are your favorites writers?

Basically all the writers and friends from my crews and some others. There are so many which keep it real with graffiti. God bless.

Do you have a word for the end?

Take care of yourself. Stay true and do what you love not what you have to do.  Peace 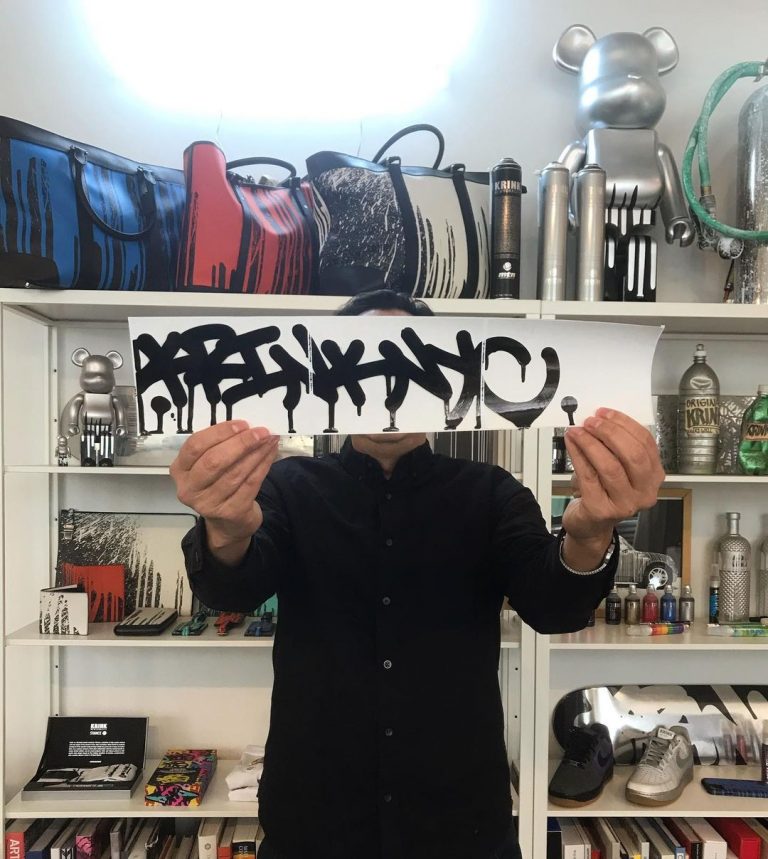