Keylay Is A FREE Ping-Pong Delay Effect By Baby Audio 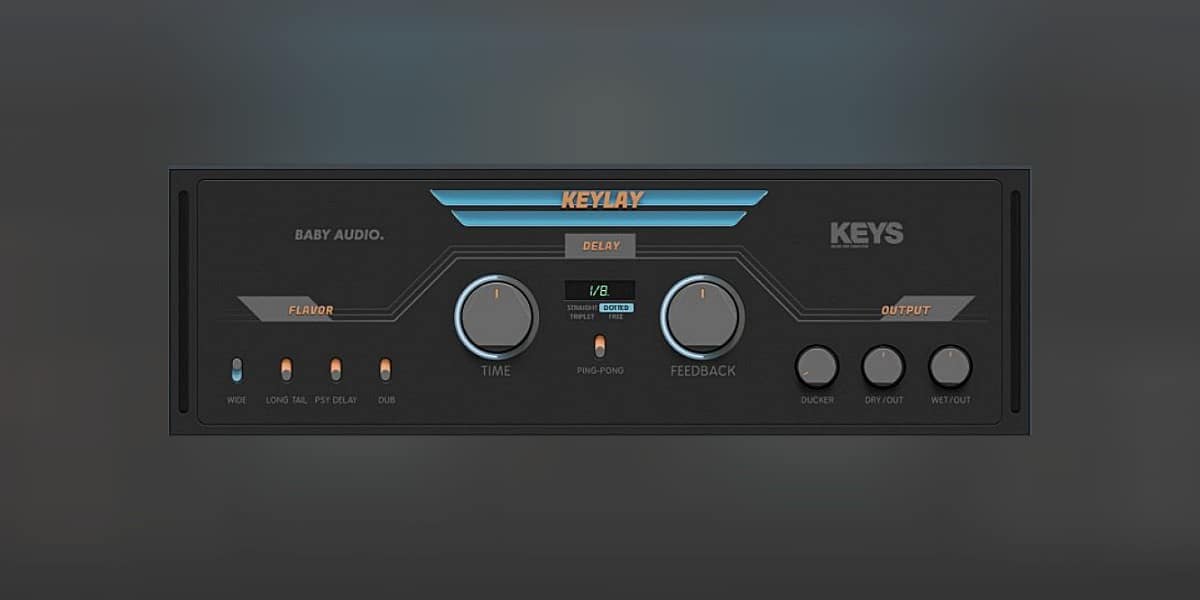 If Keylay looks familiar, it’s because it’s a clone of Baby Comeback, which is a stripped-down version of Baby Audio’s Comeback Kid.

Baby Comeback was developed in conjunction with Computer Music Magazine and is also free to download. So, what’s different about Keylay?

On the surface, it has a new skin and color scheme with the Keys Magazine logo. Beyond that, it comes with 4 exclusive presets put together by Keys Magazine editor Carl-Phillip Schmeller.

This free version features the same delay engine and audio ducker that you’ll find in the Comeback Kid plugin. Essentially, it delivers the same quality while having a slightly smaller feature set.

If we go through the GUI from left to right, we start with four different flavors; Wide, Long Tail, Psy Delay, and Dub.

Wide expands the stereo image slightly and has a modern sound. Next up is Long Tail, which does exactly as the name suggests. Psy Delay adds some movement on the tails and could be good for synth strings or pads. Lastly, we have Dub, which gives the tails more of a sweeping feel.

The Baby Comeback plugin, mentioned above, has four different flavors/presets, so there’s no harm in grabbing both if you feel like comparing them.

Everything else is straightforward; the delay section controls time, feedback, note-type (straight, dotted, etc), and a ping pong function. There is a free note setting that allows you to set delay times that aren’t synced to the host.

The output section is where you’ll find the ducker, which is great if you are working on a kick or even vocals and don’t want delay overkill.

Baby Audio has gone for individual dry and wet output knobs rather than a single dry/wet mix. That wraps it up, it’s easy to use, good quality, and it’s free!