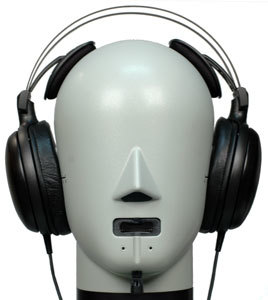 Apple recently announced that it is making their entire catalog of more than 75 million songs available in Lossless Audio, and also introduced Spatial Audio, with support for Dolby Atmos.

Spatial Audio is an immersive experience, designed to create the effect of sounds not just panned left to right, but placed in space all around you.

Now they’ve announced that they’re building immersive music-authoring tools directly into Logic Pro. With the update, set to be released ‘later this year,’ Logic Pro users will be able to create and mix songs in Spatial Audio for Apple Music.

“Of course, stereo will always exist — no one is coming in and canceling stereo, just like they didn’t cancel mono,” notes Apple Music’s Zane Lowe. “I’ve got a lot of mono records in my collection, and they sound great because they were designed to be heard in mono. Music that was designed to be heard in stereo will sound incredible in stereo like it always has. But now music will find its way to a Spatial environment. It’s not about the end of anything, it’s about the beginning of something new.”

Over the years, there have been multiple technologies designed to create enveloping musical experiences that go beyond stereo, ranging from Quadraphonic to Surround to Ambisonic. They’ve remained fairly niche technologies, though, because of the chicken-and-egg combination of a small audience of users and limited number of releases. Apple’s Spatial Audio could be a more interesting option for musicians to target, because it will be the default format for a huge number of devices, including the built-in speakers on current iPhones, iPads and Macs, their HomePod line, and AirPods and Beats headphones with an H1 or W1 chip.

“Dolby Atmos…is going to do for music what HD did for television,” states Apple’s Eddy Cue, senior vice president of Internet Software and Services. “Today, where can you watch television that’s not in HD?”

“One of the advantages music has over television is you can’t take an old TV show and truly up-res it to HD, because it was shot on low-quality cameras. But in the case of audio, all these things were recorded on multiple tracks, and so it’s possible to go back to a lot of the songs and be able to do this,” he adds.