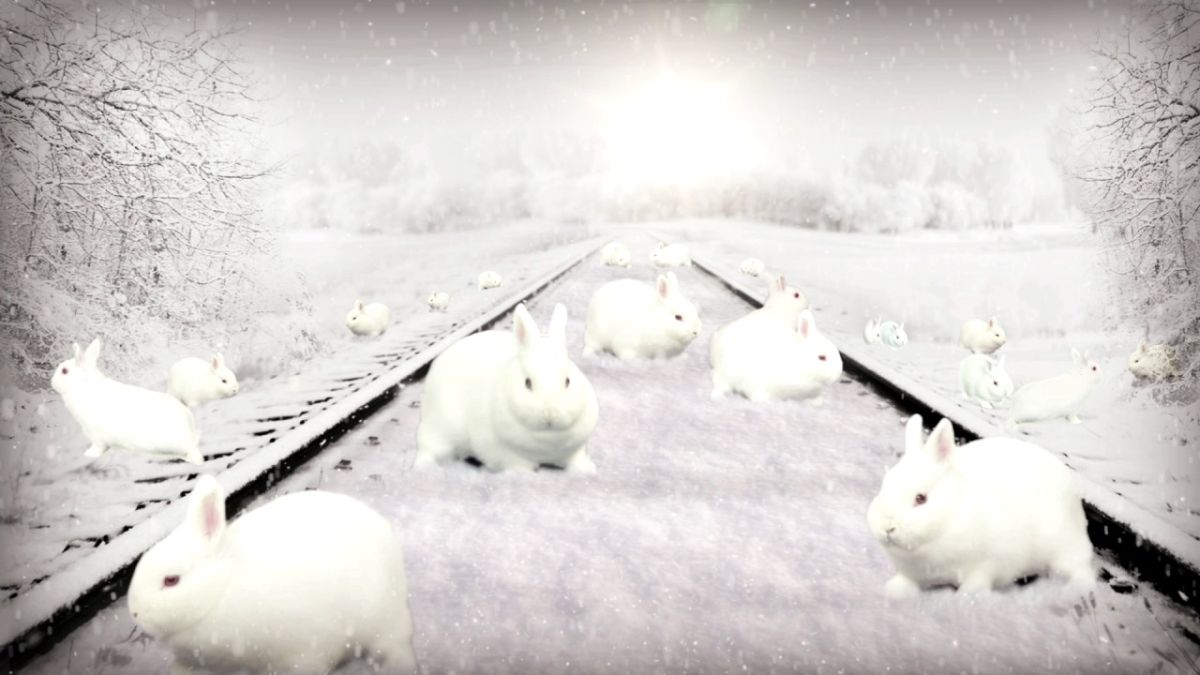 If there’s one thing we know about TikTok by now, it’s that its users love an optical illusion. We’ve seen several of the things go viral on the platform recently, and another has arrived to take viewers further down the optical illusion rabbit hole. But this particular example isn’t as cute as it looks.

A video (below) invites viewers to count the number of white bunnies atop a snowy train track, and claims that only 1 per cent of people can do it. And with over 10,000 comments citing almost as many numbers, it’s clearly hard work. (Fancy creating an illusion of your own? Check out our best laptops for graphic design.)

How many really are there? 🤯

Guesses range from 19 to infinity (“because the snow is white and rabbits are white” – okay, then), and the original poster, HecticNick, has commented on a guess of 21 claiming it to be “close”. But perhaps even more interesting than the number of bunnies is where the image actually originates from.

A simple Google reverse image search (we’re basically detectives, guys) reveals that the image is a screenshot from a 2016 ad (below) for UK theme park Thorpe Park – one which, according to ITV, was banned from broadcast. We can see why – skip to the 19 second mark if you want to find out for yourself.

So, there we go. What looks like a cute little illusion on TikTok comes from a terrifying ad for a horror-themed ghost train ride – an ad that, according to the YouTube comments, has left more than a few children in tears. Lovely stuff.

From rotating cubes that aren’t actually rotating to brand new colours, we’ve seen some truly mind-boggling illusions lately, especially on TikTok. Check out our optical illusions roundup for our pick of the best – and if you fancy creating your own, take a look at the best Adobe Creative Cloud deals below.