Space Lite is a free, slimmed-down version of the upcoming Space plugin. The full version of Space will be included free when purchasing the new Destiny Melody Collection, available June 11th.

The difference between the two is that Space comes with over twenty reverb modes, while Space Lite is limited to just three.

The three available modes are Space, Hall Long, and Spring 1. Cymatics has put together a sleek-looking GUI with clear and straightforward controls.

It starts with mode selection and the dry/wet mix. Next to the Dry/Wet mix control, you’ll see a small button that locks the current setting when you change presets. Small touches like that aren’t usually deal-breakers, but it’s nice to have them.

To the right, you have two rows of controls; the first is basic reverb controls, the second is for the built-in effects. The reverb controls include Decay, Size, Pre-delay, and Damping.

As for the built-in effects, there are four FX Modes, which are Pitch, Chorus, Flanger, and Phaser.

Selecting the FX Mode on a Macbook/Trackpad using the two-finger slide is near impossible because it cycles through them so fast. It’s easier to click and drag, although you can be very accurate using two fingers with all the other controls.

FYI – I’m not criticizing the GUI; I’m just one of those people that always go with Apple but never misses a chance to complain about it.

When selecting an FX Mode, you can also choose whether it should be applied before or after the wet signal. Again, a small feature but very handy to have. 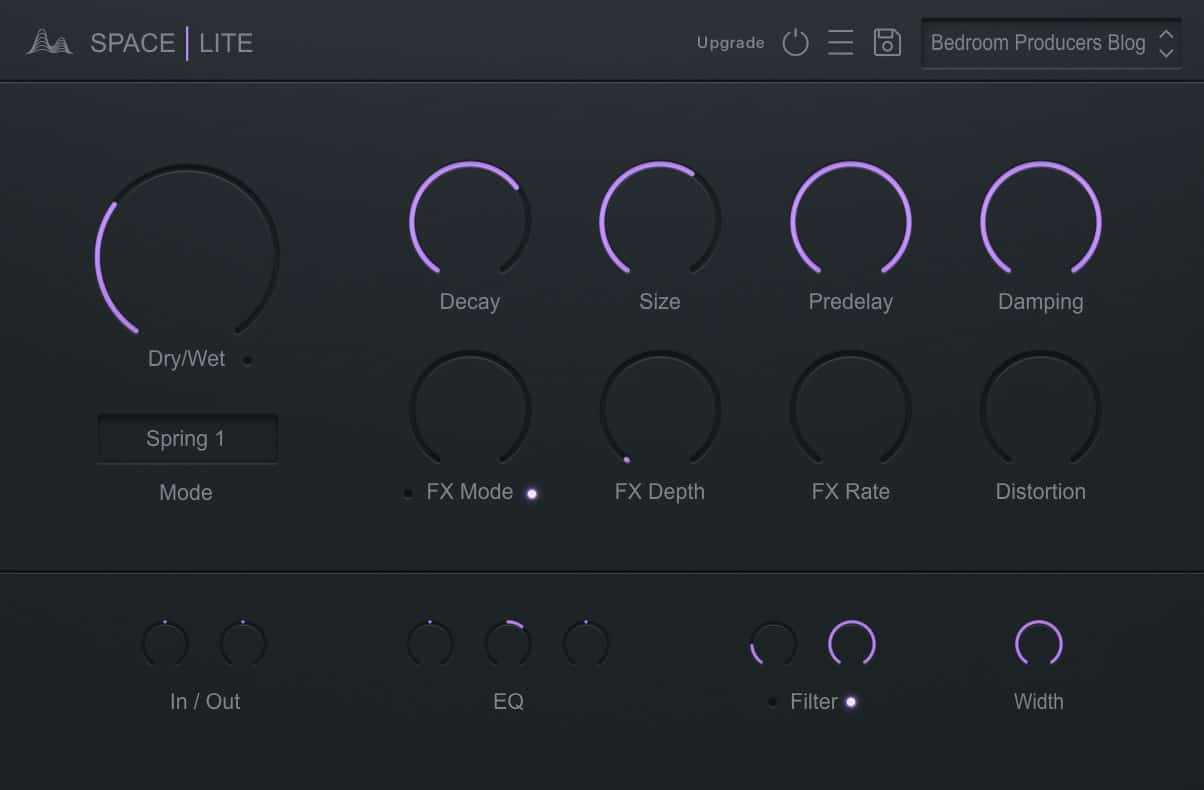 The other effects controls are FX Depth, FX Rate, and Distortion. In terms of use, I imagine you could comfortably use Space Lite on both vocals or instruments.

Although in the limited time I’ve spent with it, I don’t think it would be my go-to for any kind of standard vocal reverb (even though it manages it). I think I’d lean more towards synths, organs, and even guitars for some more out-there results.

Along the bottom of the GUI, there are some more controls, starting with the In/Out levels. Next, you have a three-band EQ, which is another nice touch.

You also get Highpass and Lowpass filters, which you can apply before or after the wet signal. Lastly, you have Width, wrapping up a simple but very usable GUI.