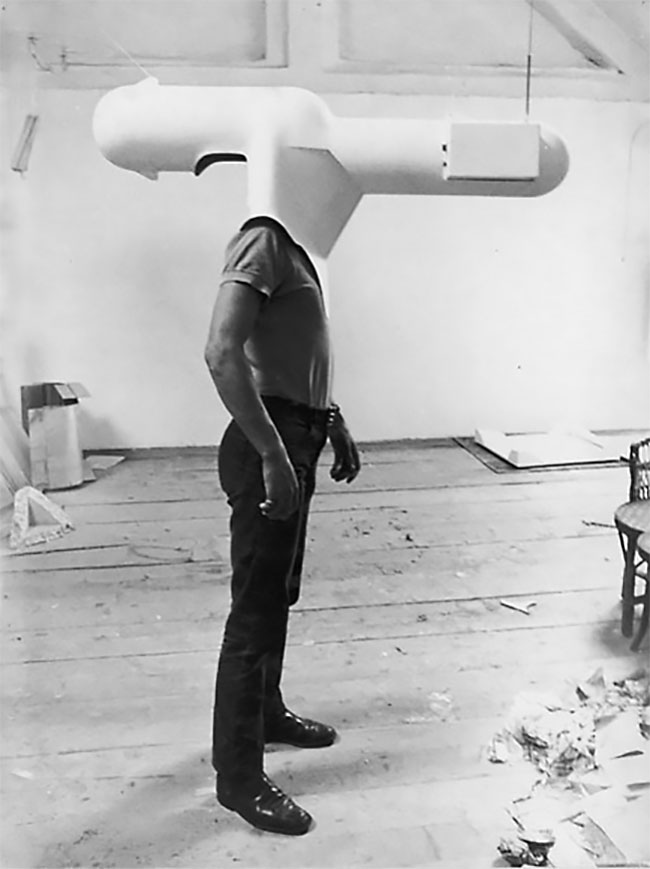 Prototypes, a series of sculptures made in the ’60s by Walter Pichler, explore the overlap of architecture/design/sculpture. The materials (polyester, Plexiglas, PVC, aluminum, inflatable elements) used by the Austrian artist were new at the time. 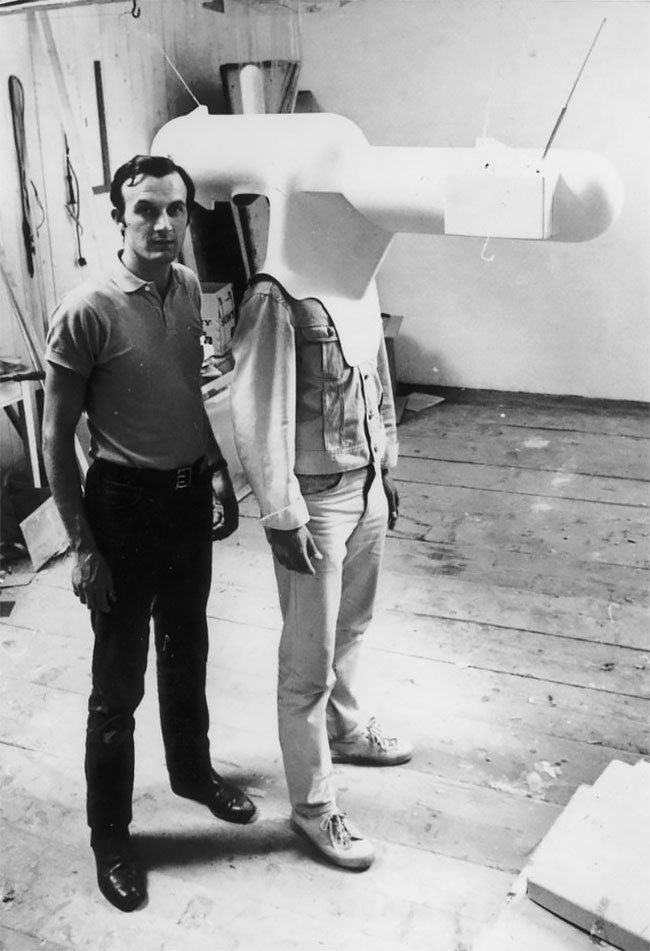 Around forty-five years ago a man wore a submarine-like white helmet that extended from front to back. His entire head disappeared into the futurist capsule; only the title betraying what was happening. TV Helmet created in 1967 is a technical device that isolates the user while imbedding him or her in an endless web of information: closed off against the outside world, the wearer was completely focused on the screen before his eyes. 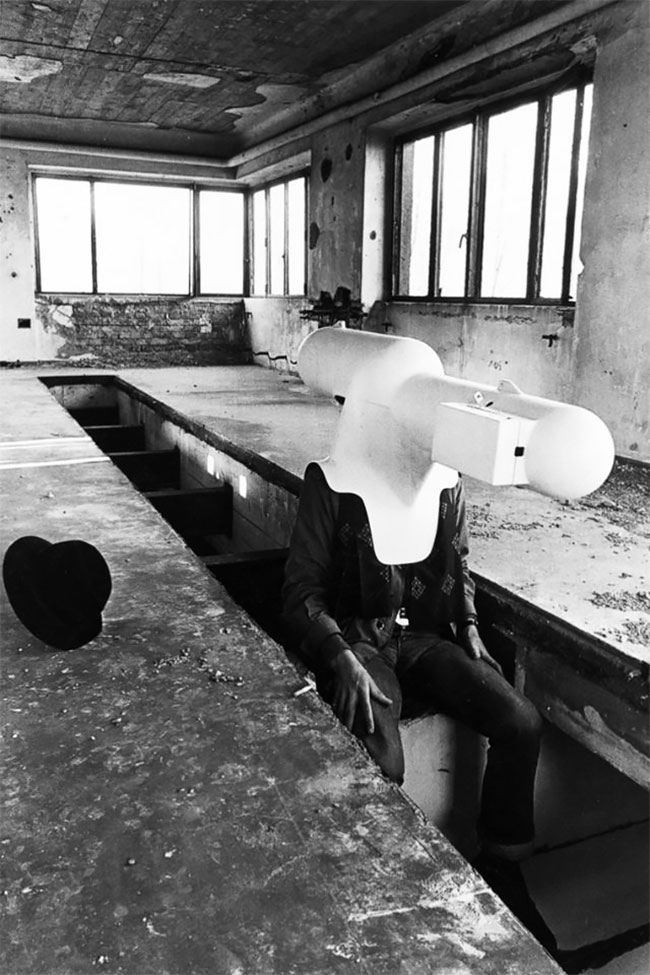 TV Helmet is the work of Walter Pichler and it doesn’t merely formally anticipate the cyber glasses developed decades later; Pichler also articulated questions of content in relation to the media experience long before the “virtual world” was even discovered. Even back then, Walter Pichler was probably already a media critic as he’s remained one to this day. But he is also a conceptually thinking artist who explored space early on—beyond the four walls and the structures of cities. Pichler called his invention a Portable Living Room. His pioneering designs, The Prototypes, are pneumatic plastic living bubbles from the sixties that sought answers to the questions of tomorrow’s individualized life somewhere between the areas of design, architecture, and art. With their reference to space travel and modernist materials, Pichler’s futurist sculptures inspire a desire for the future— even if his messages are said to possess a sceptical or sarcastic undertone. 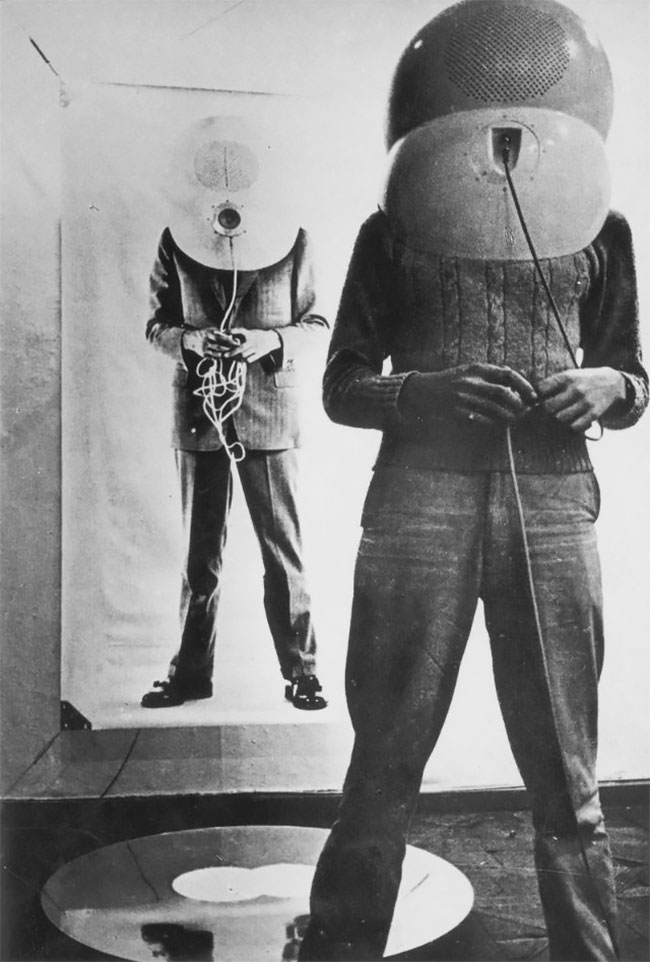 Pichler wrote these words in 1962, on the eve of an exhibition on which he collaborated with fellow Viennese architect Hans Hollein.

“(Architecture) is born of the most powerful thoughts. For men it will be a compulsion, they will stifle in it or they will live – live, as I mean the word … (Architecture) has no consideration for stupidity and weakness. It never serves. It crushes those who cannot bear it… Machines have taken possession of [architecture] and human beings are now merely tolerated in its domain. “ 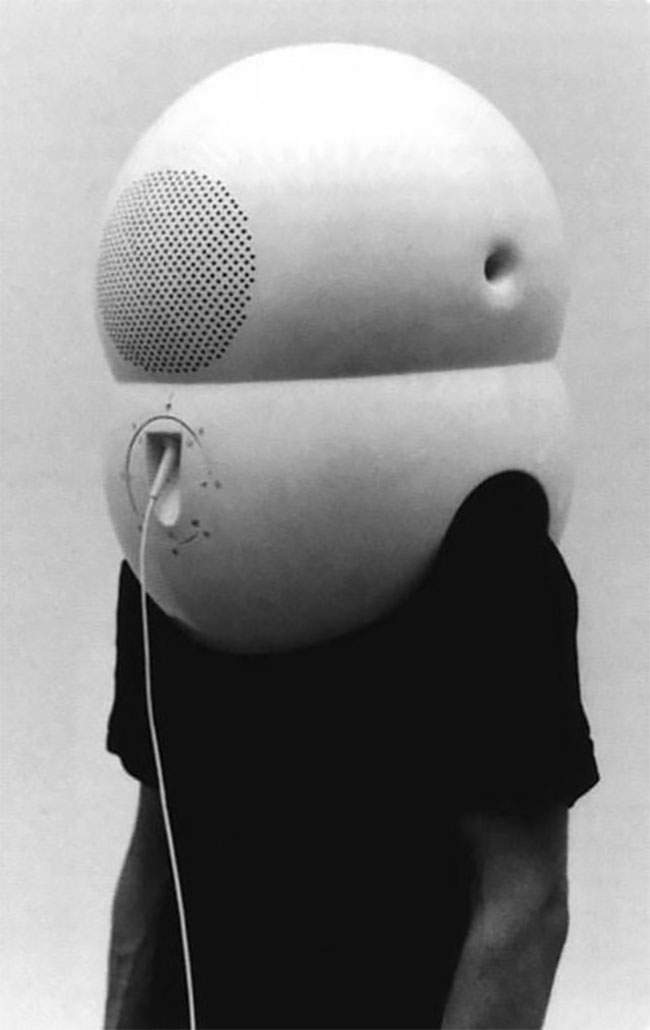 A statement of singular nihilism, unabashed iconoclasm; a statement Ulrich Conrads once called “the most absolute thesis” in all twentieth century architecture. In the sixties, after studying at the Hochschule für Architektur in Vienna, he worked with his friend, the internationally renowned architect Hans Hollein, on a new concept of architecture. In 1963, the two exhibited together at the Galerie nächst St. Stephan under the title Architecture. Hollein and he explored utopian architectonic designs; they countered the growing subdivision of the city with a larger modernist vision made from cement, declaring architecture “freed from the constraints of building.” 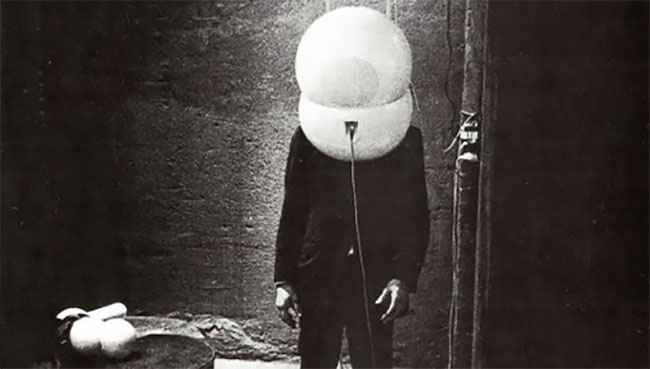 TV Helmet/Portable Living Room (1967) and Small Room (1967) are to be worn, while the unrealized Intensivbox is a spherical chamber into which a subject is slid on a track. These isolating simulators remove one from a given reality and can be seen as the ultimate conclusion of technology’s encroachment on the body. Constructed of plastic and embedded with television sets and speakers, these helmets enhance the television experience to the detriment of all else. Pichler hoped to isolate and insulate himself (and his viewers) from the pitfalls of consumerism and media obsession, but in his helmets this took the form of a literal representation of such pitfalls. The “consumer” is isolated from her environment, but within the helmet only media are permitted as input. These works can are also a critique of his one-time collaborator Hans Hollein’s ironic assertion that “everything is architecture.”

Head of the Movable Figure 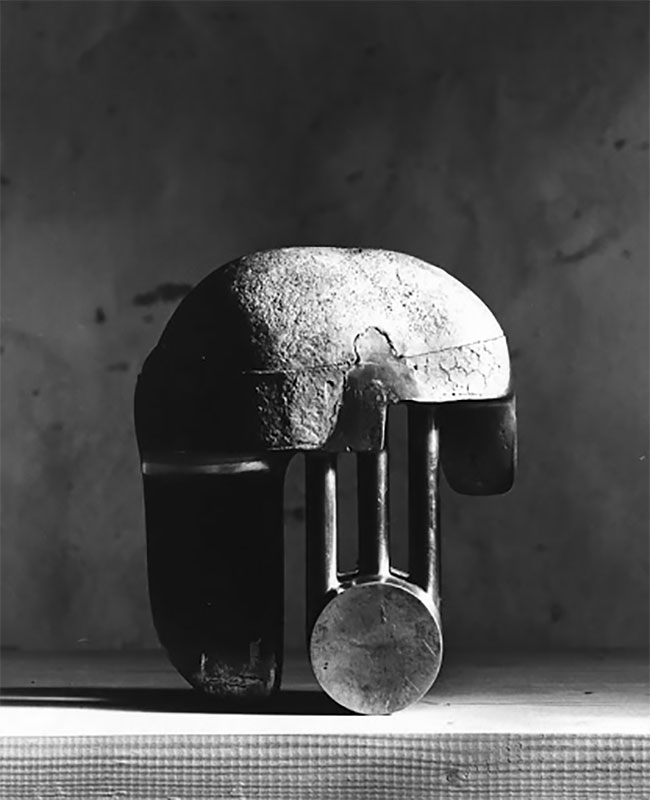 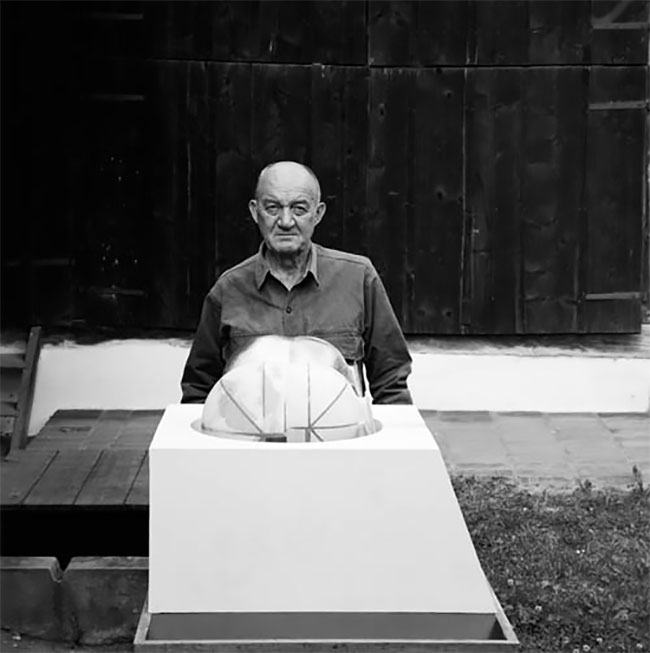 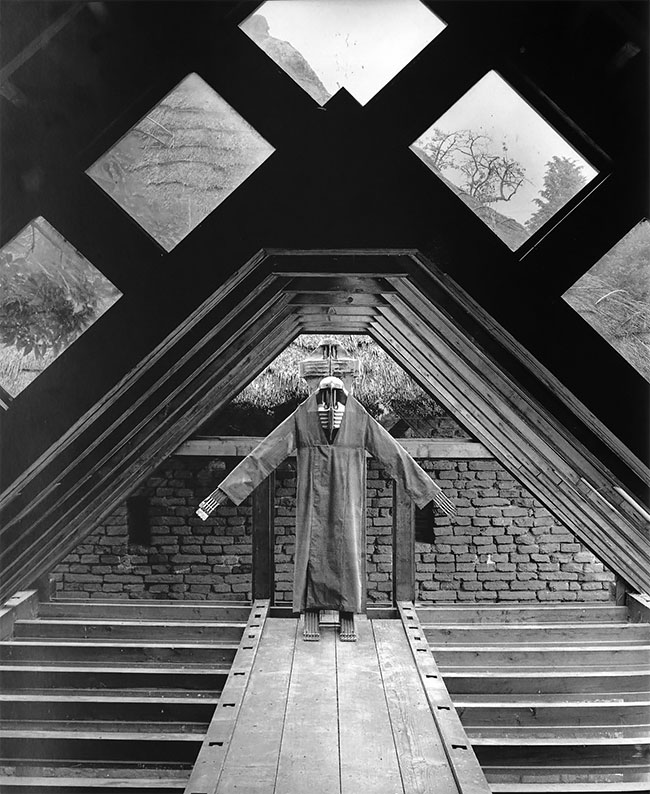