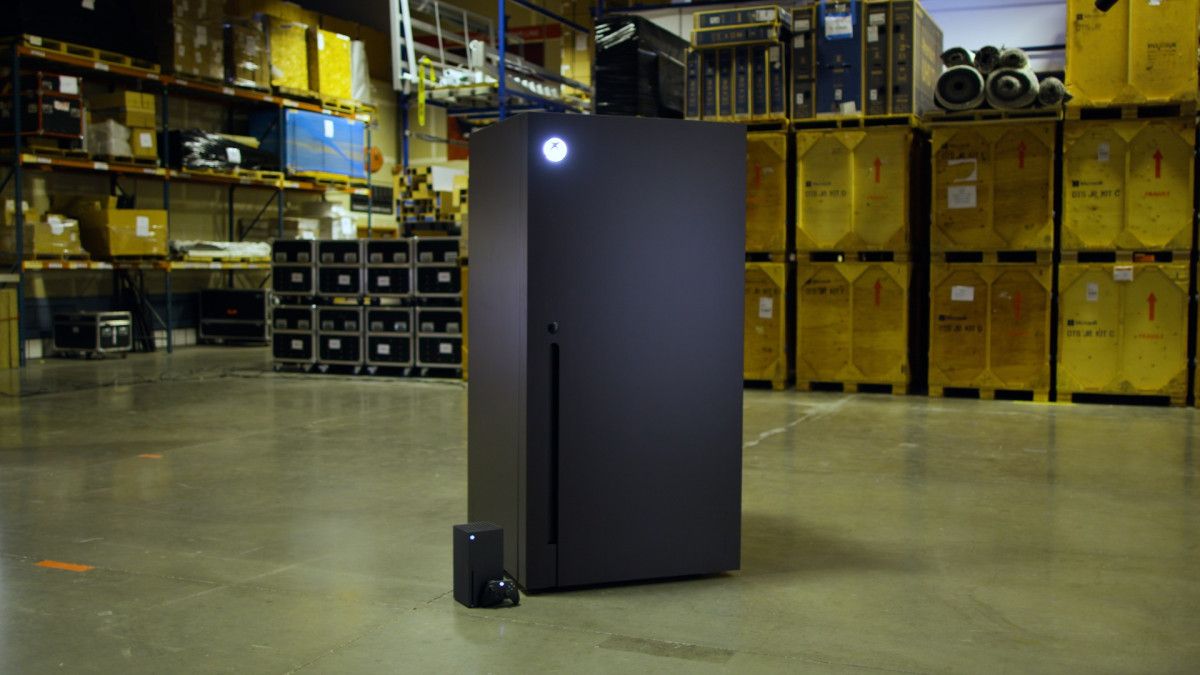 Both Microsoft and Sony have faced their fair share of merciless mockery when it comes to the design of their new consoles. The gargantuan PS5 was compared with a WiFi router in countless memes, and the Xbox Series X didn’t fare much better – the overwhelming response being that it resembles a fridge.

But Microsoft has been keen to prove that when it comes to the jokes, it’s actually pretty chilled. So chilled, in fact, that it has embraced the fridge memes by, yes, building an actual Xbox Series X Fridge. (Check out the best photo editing apps if you fancy joining the meme party). And the company has just announced that it will be available to buy this year.

Microsoft revealed the fridge during E3 yesterday, but details are light – all we have to go on is the video above. But since it’s called the Xbox Mini Fridge (and indeed appears to hold just a few cans), this doesn’t appear to be the six-foot model (below) that Microsoft jokingly touted at the end of last year.

While we can’t say we’re itching to get hold of an Xbox fridge (let’s just say that all-black design isn’t going to look right in every kitchen), we admire Microsoft’s sense of humour. And it seems there are plenty of people who think the fridge is actually pretty cool (sorry).

All I want for Christmas is an Xbox Mini Fridge. pic.twitter.com/xowMPn9EGzJune 14, 2021

It’s always nice to see brands having a little fun with their marketing – although Microsoft gets extra points here for laughing at itself. Many of the most amusing jokes from brands tend to take the form of digs at their rivals (like these 5 times brands took a shot at their competitors – and won).

From the lacklustre Xbox Series X logo to Sony’s ugly DualSense controller, we haven’t been hugely impressed with the next generation of gaming from a design perspective – and we’re hoping that that Nintendo Switch Pro will buck the trend. But the real question, of course, is when Sony is planning to follow Microsoft’s lead and embrace the memes by revealing a PS5-themed WiFi router.