GDoubler Is A FREE Stereo Width Effect By SNFK Music 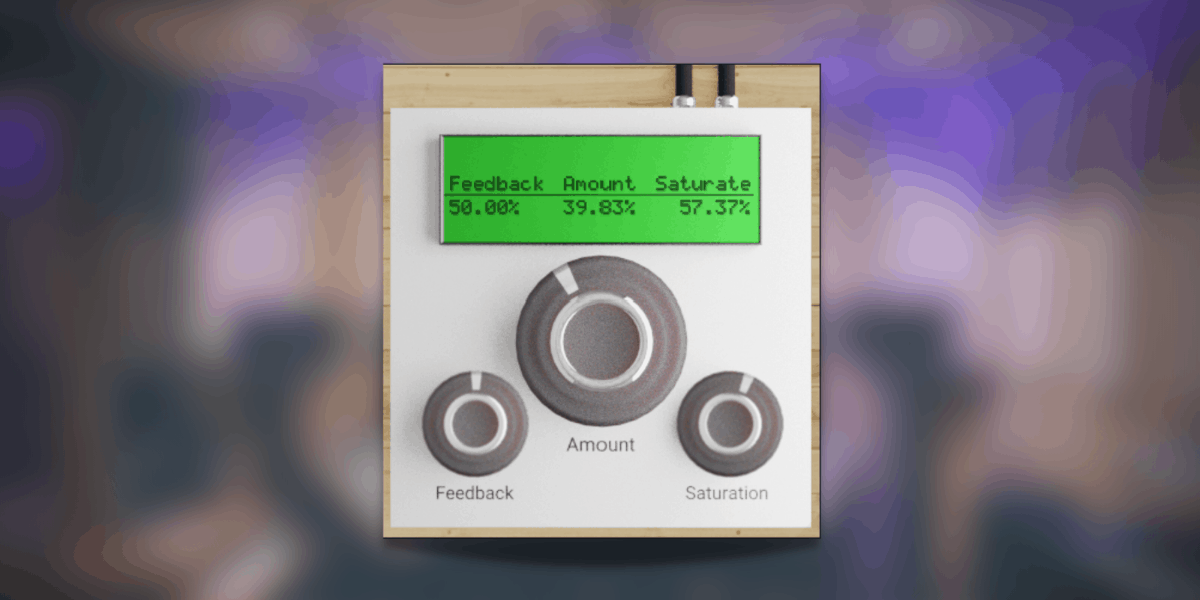 Apple users shouldn’t be too put off because a Mac version is already in the works and will hopefully be available soon.

GDoubler is a lightweight plugin that won’t strain your CPU too much. The easy-to-use GUI has just three simple controls: Feedback, Amount, and Saturation.

The Feedback knob adjusts the tail length of the doubled signal. Again, I’d suggest not overdoing it with your settings here. There will be times when you want to exaggerate the effect, but more often than not, a little is plenty.

Saturation adds some warmth to the input and output signals.

As a Mac user, I haven’t been able to try GDoubler yet, but from the little I’ve heard, it does what it’s supposed to. That might not sound like a glowing recommendation, but that all you want from this kind of plugin. So, I’m interested in trying it out when it’s macOS compatible.

I have previously used iZotope’s Vocal Doubler, which is also free and simple. If you haven’t used a doubler/stereo width plugin before, they create a wider stereo sound with more depth. They are a great way to add more presence without doing anything drastic.

You could use it on pretty much anything, from drums to bass, guitar, and vocals. Doubler plugins are quite commonly used on vocals and sometimes with automation to enhance specific phrases. If you don’t have one in your arsenal, I’d suggest grabbing GDoubler, and Vocal Doubler from iZotope while you’re at it.

Vocal Doubler offers some pitch and timing manipulation, but if you want to get more in-depth with stuff like that, a harmonizer might be right up your street. I have Eventide Octavox, which helps you do some pretty crazy things.

Generally, I try to keep everything as simple as possible. So I’m a big fan of simple plugins that do straightforward things very well.

GDoubler seems like it could fit that description. Download it for free via SNFK Music’s official Patreon page.