Get 50% OFF Audiority Polaris Reverb @ VSTBuzz 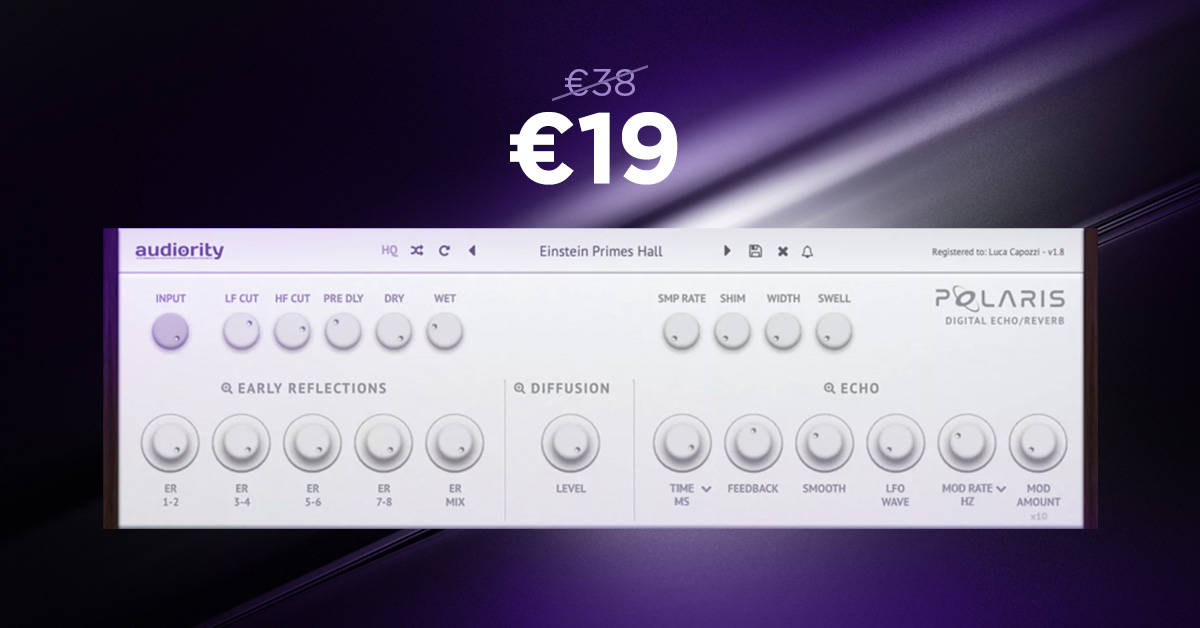 Audiority is really cool. I personally know them from their emulations of classic guitar effect pedals, but they cover a lot of bases.

One particularly cool effect is their Polaris digital reverb, an effect that, much like Valhalla DSP’s stuff, wears its digital nature on its sleeve.

And with good reason – the vast majority of our favorite records from the 70s, 80s, and 90s were recorded with digital hardware reverbs. These vintage units not only sound great, but even their imperfections instantly evoke “music” the way we’re used to hearing it.

Also, it’s much easier to make things sit in a mix.

It’s lucky, then, that Audiority’s Polaris sounds excellent. It doubles down on how older hardware reverbs used to achieve convincing reverbs – splitting a single multitap delay line into multiple unmodulated delays in the form of early reflections and then modulating that using the diffusion knob.

Don’t worry, I’m also not entirely sure what that means, either. The important thing is that it sounds great.

I think that would honestly be enough for the original asking price of €45, but Audiority is known for its in-depth recreations.

So, there’s also internal sample rate reduction, which you can use to really go for that older vintage sound, a Ping Pong Delay (labeled Stereo Width), a 3-band Feedback Equalizer, and more.

Polaris has previously won two Computer Music Magazine awards and was recently updated to v1.8 back in May, and for €19, it’s an absolute steal.

It sounds great, it’s up-to-date, and it’s cheap. Those aren’t words we usually hear together when it comes to reverbs, which are notoriously some of the toughest plugins to acquire and use.

While the workflow is a bit unorthodox, the sound speaks for itself and there are more than enough presets that specifically emulate halls, rooms, and whatever else you might be used to.