W.A. Production offers an exclusive 90% OFF discount on the Hip Hop & Trap Mega Pack ($125 value) for all BPB readers. The company is also running an 80% OFF deal on its new Satyrus distortion effect.

Hip Hop & Trap Mega Pack typically costs $125 in W.A. Production’s online shop, but you can get it for $10 with our exclusive 90% OFF discount code. The bundle is already 20% OFF, so this is a total bargain.

What you’ll get is W.A. Production’s flagship sound collection for hip hop and trap music production. It includes loops, construction kits, samples, fills, sound effects, and even a couple of tutorials. All content is 100% royalty-free for commercial use.

Use the coupon code SUtqMtsf at checkout to apply the 90% OFF discount to your order. Just be sure that the bundle is the only item in your shopping cart, or the code won’t work. 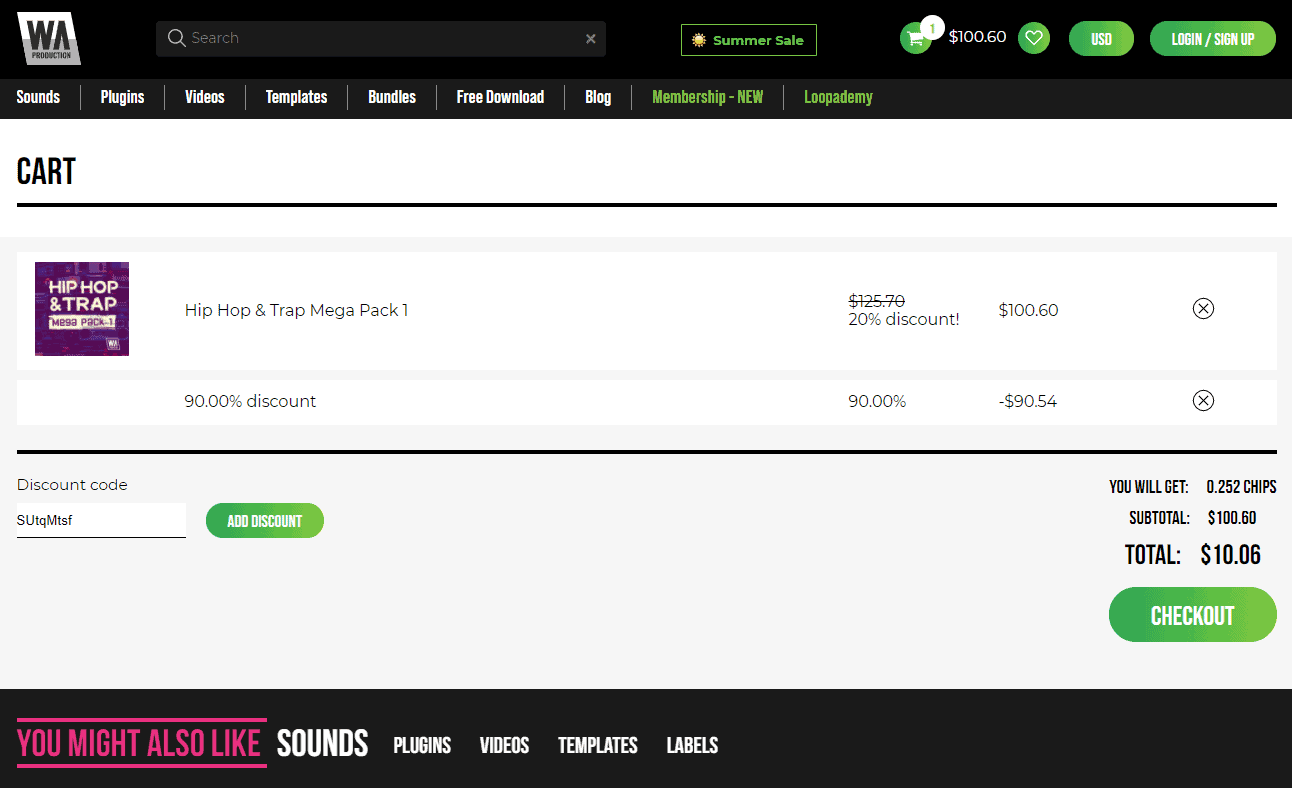 If you gave me $2000 to spend on my dream studio setup, I’d probably spend 95% on saturation plugins (like BPB Saturator, but that one’s free!) and the rest on Burger King.

I use saturation on everything, regardless of whether it makes sense, and I’m never satisfied until I’ve tried at least a few different types. It gives everything more color and character, that coveted “analog” sound. Also, it’s probably pathological by now.

W.A. Production’s Satyrus is a particularly good one, and it’s on offer for only 8 bucks, though if you ask me, no price is high enough for a good saturator.

Really, Satyrus offers 8 different distortion and saturation options, so that’s an even better deal for 8 bucks. Oh, I just got that!

Here’s what you get:

The effect’s intensity is controlled by playing with the “IN” knob – that’s it. As simple as it gets. There are also Mono and Stereo modes and a bunch of crazy presets.

Now go out there and barbecue your sounds to a crisp!