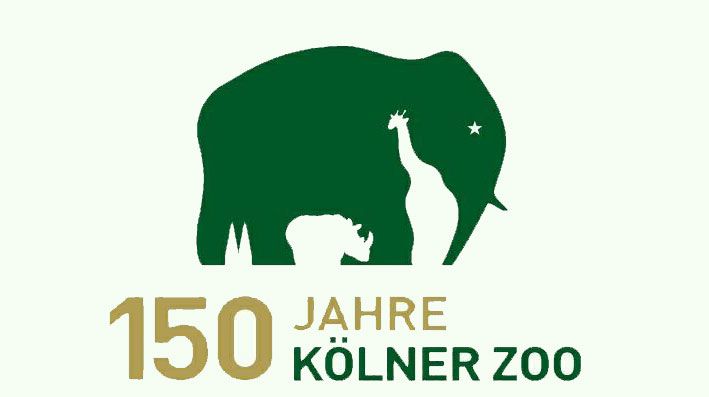 Recently on Reddit, design fans have been sharing examples of awesome zoo logos from around the globe. Sounds pretty niche, right? Actually, there are a surprising number of beautifully designed logos for zoos, with stunning examples of negative space and place-related hidden meanings. It’s a real animal-themed treat to explore them all.

With fierce advocates for zoo logo designs from Cologne, Germany to The Bronx, New York, there is some lively discussion to get involved with as well as some incredible logo design inspiration, too. Keep reading to see some of our favourites.

Cologne Zoo’s logo has 4,700 upvotes and is a clever example of using negative space to portray hidden meaning. Apparently, as well as that rhino and giraffe hiding in the elephant to create the space for the legs, the city’s cathedral is also incorporated – in the two spikes that carve out the back legs. But why a star for the eye?

“So I just looked that up,” said original poster Dezer_Ted, “and it seems to mean something about the patron saint of the Cologne Cathedral those are the holy three kings and the star is supposed to be the star of Bethlehem.”

Just beating Cologne Zoo is Pittsburgh’s offering, with 5,000 upvotes at the time of writing. Again, the use of negative space here is mind-blowing, with the gorilla and lioness coming face to face in the shape of the tree.

The intricacy of the design has sparked a discussion about the community’s feeling about zoos, with one user asking why the animals look so sad. Some agreed, others disagreed but the conversation proves how adding detail to illustration can be powerful enough to provoke people into looking for further meaning.

The Bronx Zoo may only have 129 upvotes, but we love the way the cityscape cuts out the legs of the giraffes. The curves of the giraffes mirror each other beautifully, too, creating pleasing shapes and a connection between parent and child.

Explore more of the zoo logo conversation right here, choose your favourite and join in the discussion. And if this has whet your appetite for more clever cut-out design, see our roundup of stunning examples of negative space.

Take a tour of every MacOS since 1984