DALeas, born in 1984 in Wuhan, China, is a prolific, multi-faceted artist known for his unusual paintings of animals. He has been making art since he was three and studied Sculpture at the Institute of Fine Arts. He was fascinated by every form of art and worked on everything – painting, sculpture, installations, synchronizing performance, and digital art. He officially began doing art on public space in 2004 under the pseudonym DAL. 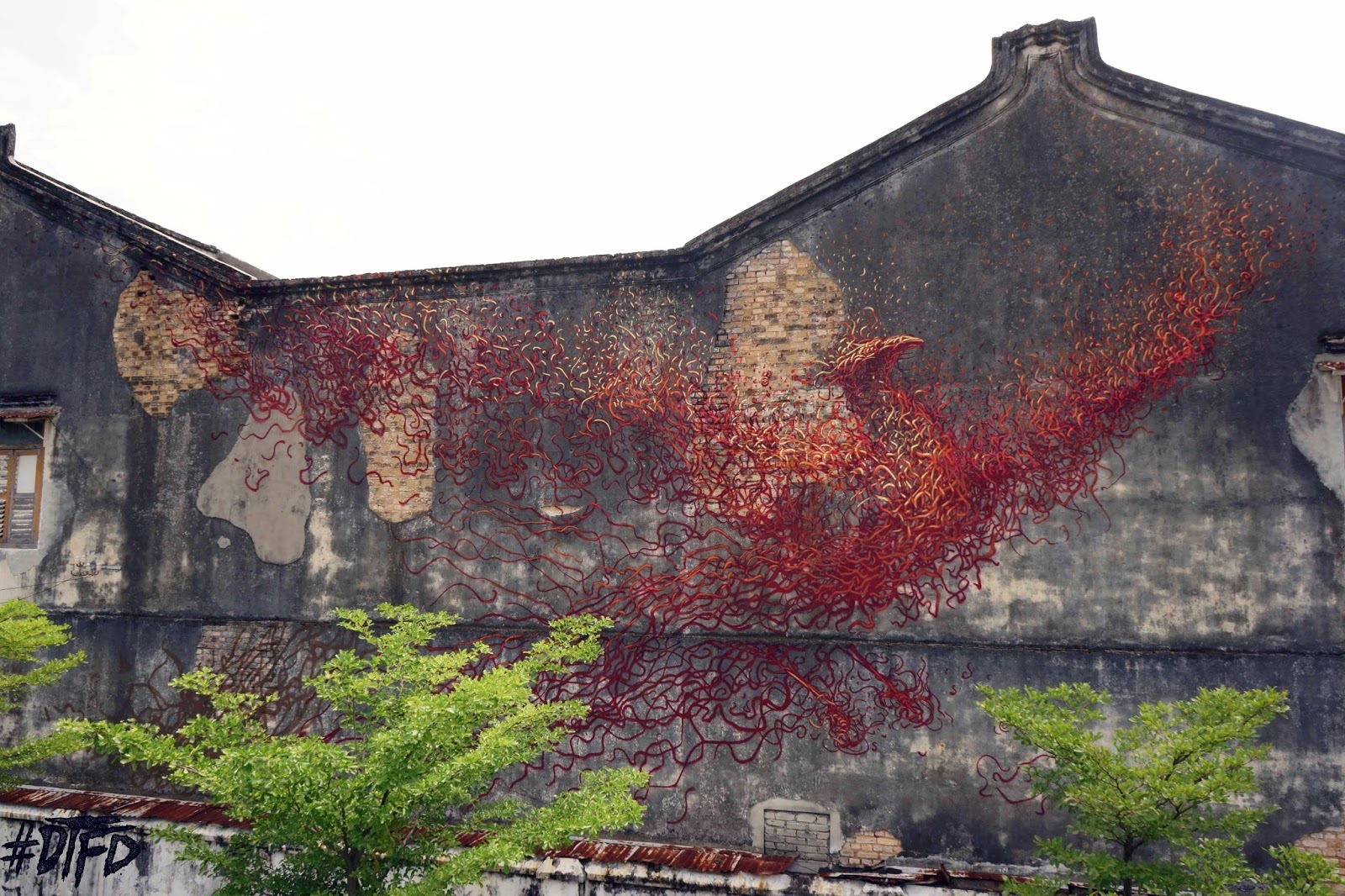 Animals are his main subject matter. His animals are typically depicted in two disconnected parts, often disintegrating at the center or falling away at the sides. Within every piece of DALeast’s art, a pop of color observed in the background brings his subject to life. This allows him to focus on the intricacy of his technique while delivering his final product. The use of fractured imagery and contrasting backgrounds serve to give his art a breath of energy and soul that can sometimes be lost in art with a more somber subject matter. 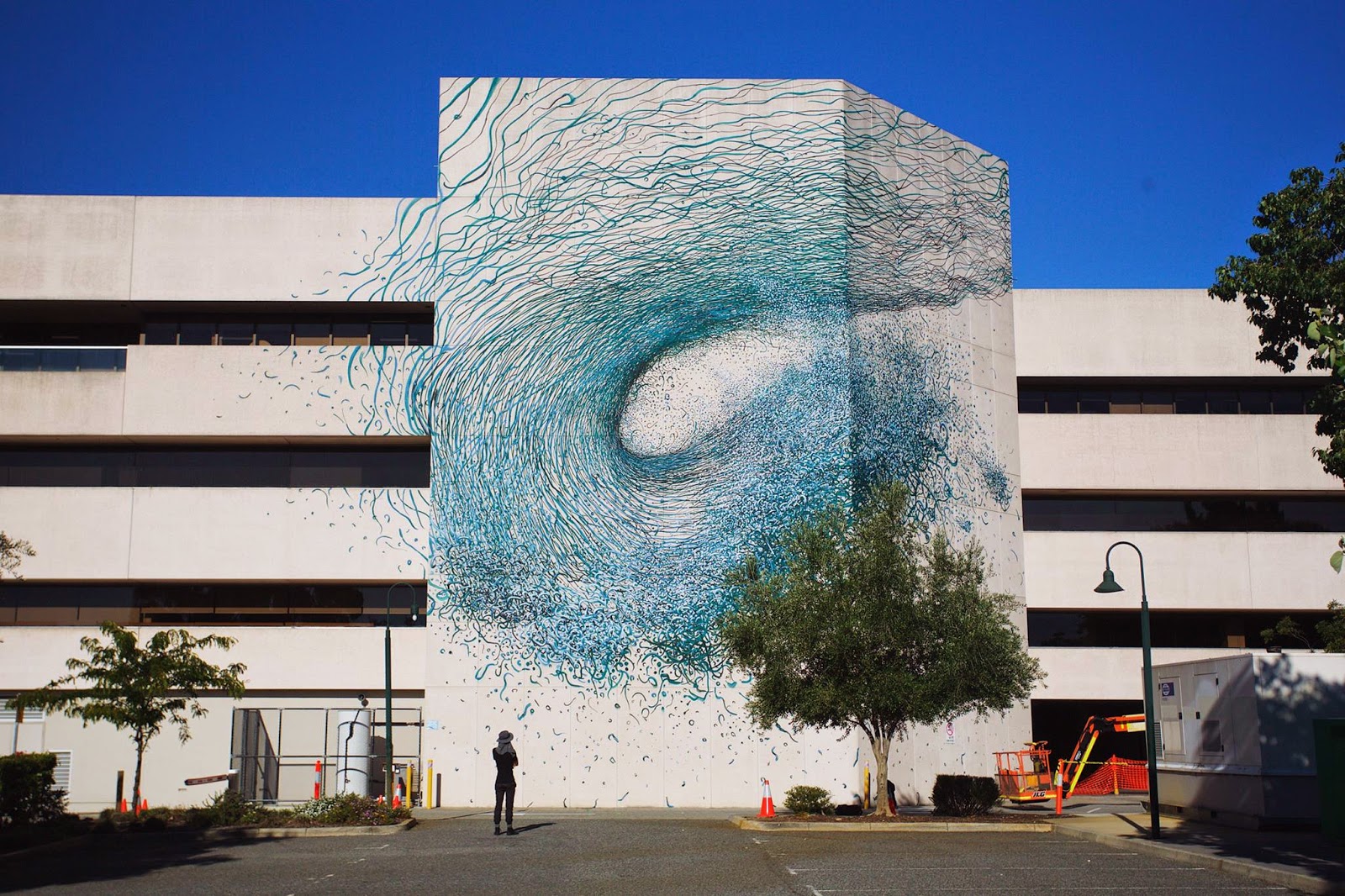 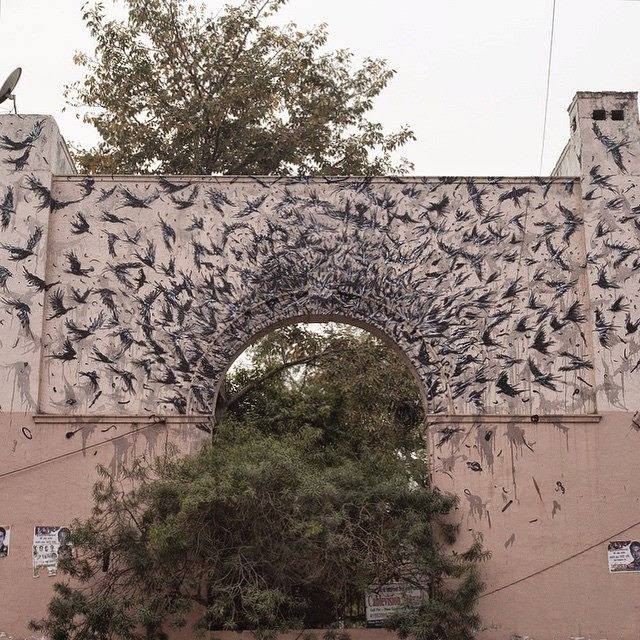 DALeast created mpressive and gigantic mural featuring his energetic and unique line-based imagery. The giant deer has its inner body transforming into roots for the birds to nest in. 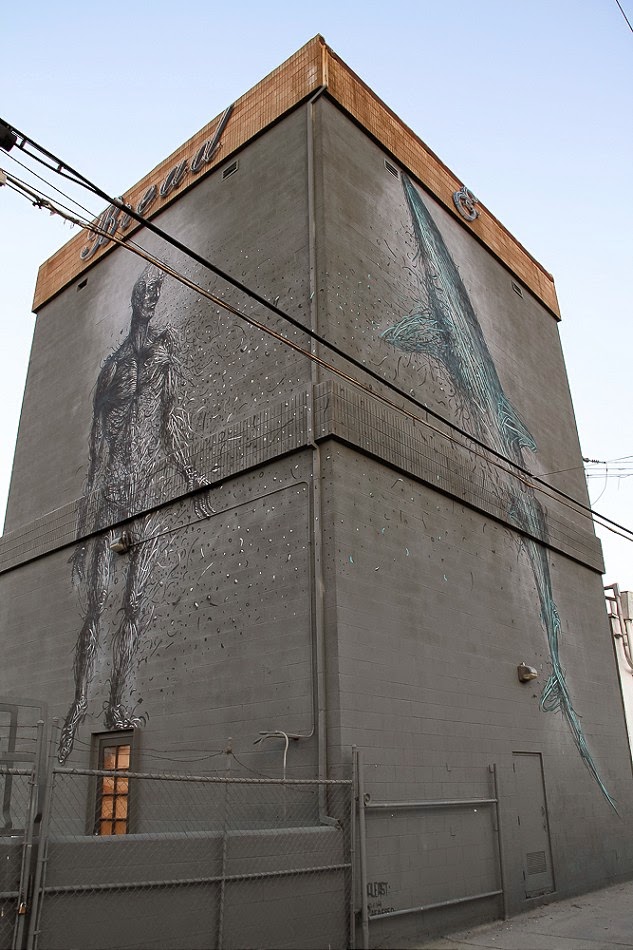 Raising awareness about conservation and preservation of sharks and other marine species, DALeast painted this double piece showing a human on one, and shark on another wall of the same building. Using minimalist color palette that accents the water element on a shark, both images are slowly decomposing towards each other, symbolizing mutual dependence. This mural is a part of DALeast’s first UK solo show “The London Dare – The Finale Night” in London which was curated by Rom Levy. The artist, all in all, painted 7 walls through the streets of London. 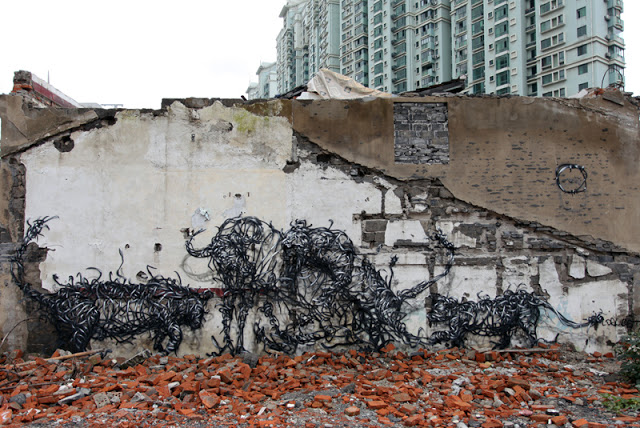 The Chinese artist painted “T4” with a powerful image on the crumbling walls of houses being destroyed. The result is a beautiful tribute to forgotten and powerless inhabitants, many of whom are mostly fighting in vain to keep their homes.

To discover more about DALeast visit our #DALeast page! 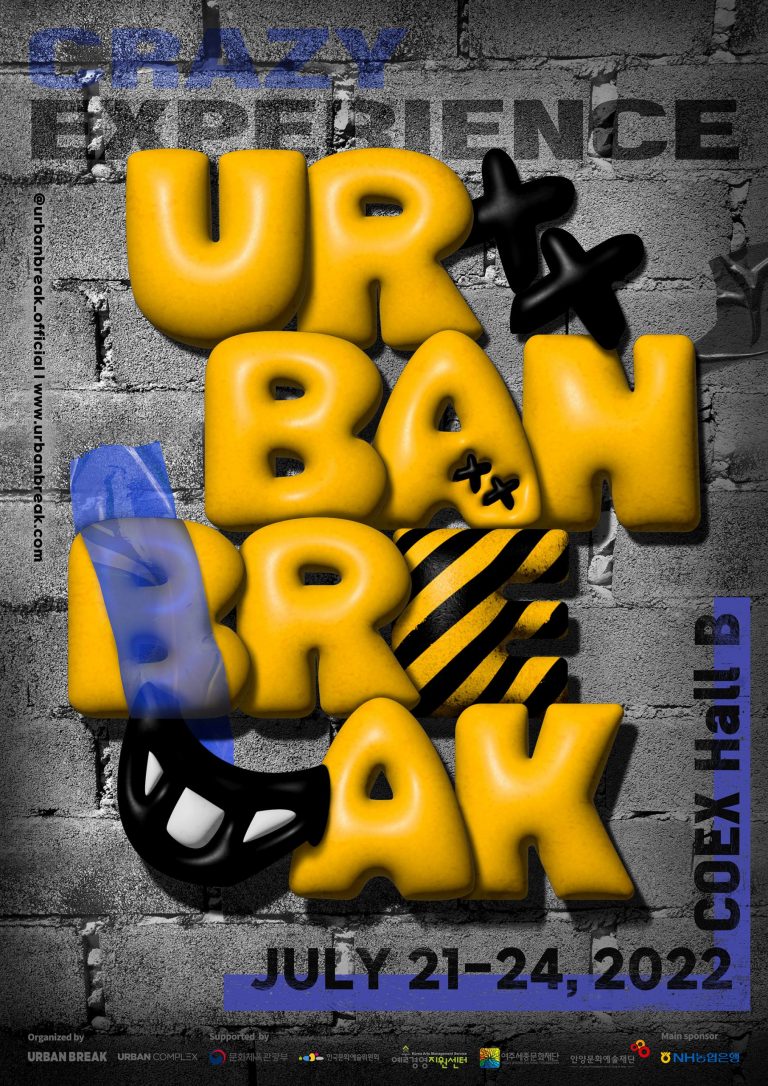