“PIONEER” by Innerfields in Aalborg, Denmark

Boom! Out in the Open 2021 has just kicked off with the 7th season of new beautiful murals, where Innerfields have just finished the first mural entitled “Pioneer” to come in the summer of 2021.

Launched in 2014 the project aims to bring the art out of the gallery and into the streets, adding beautiful art to the every-day-lives of all citizens and not just to the few visiting the gallery. To break away from a museum setting and have street art of the highest caliber more accessible to the public. 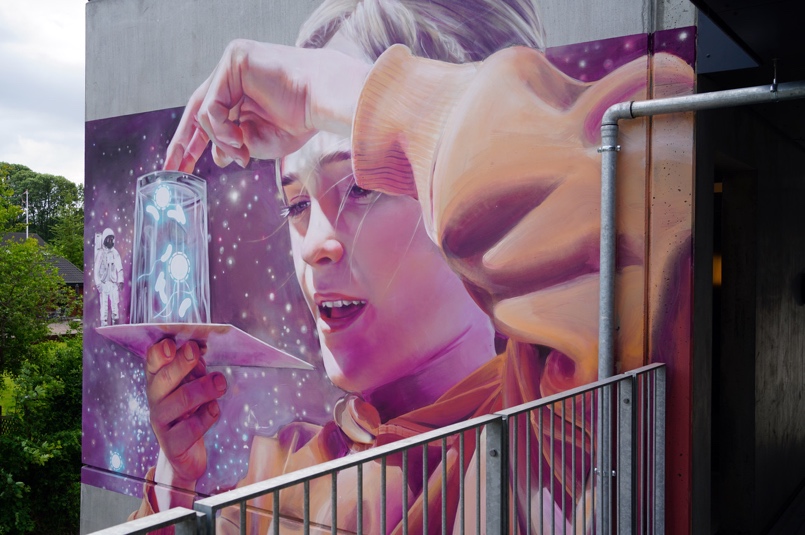 “Our world is an endless cosmos of miracles, not least to the children living in it.

On their own and free from prejudice, children explore the universe with lots of curiosity and passion. Conquering the world from a playful point of view shapes new imageries every day.

In the last year, children have been confronted with much worry and anxiety due to a year where the pandemic has been the general rule for our everyday lives and how we were meant to behave, not least affecting the circumstances of how to be a child.

Due to these circumstances, it has been important for us to create an imagery to give children the courage to keep on looking at the world in a playful frame of mind, far from anxiety and fear and keep on creating their own imagery. To maintain their own interpretation of the mysterious world we live in to create a brighter future.” 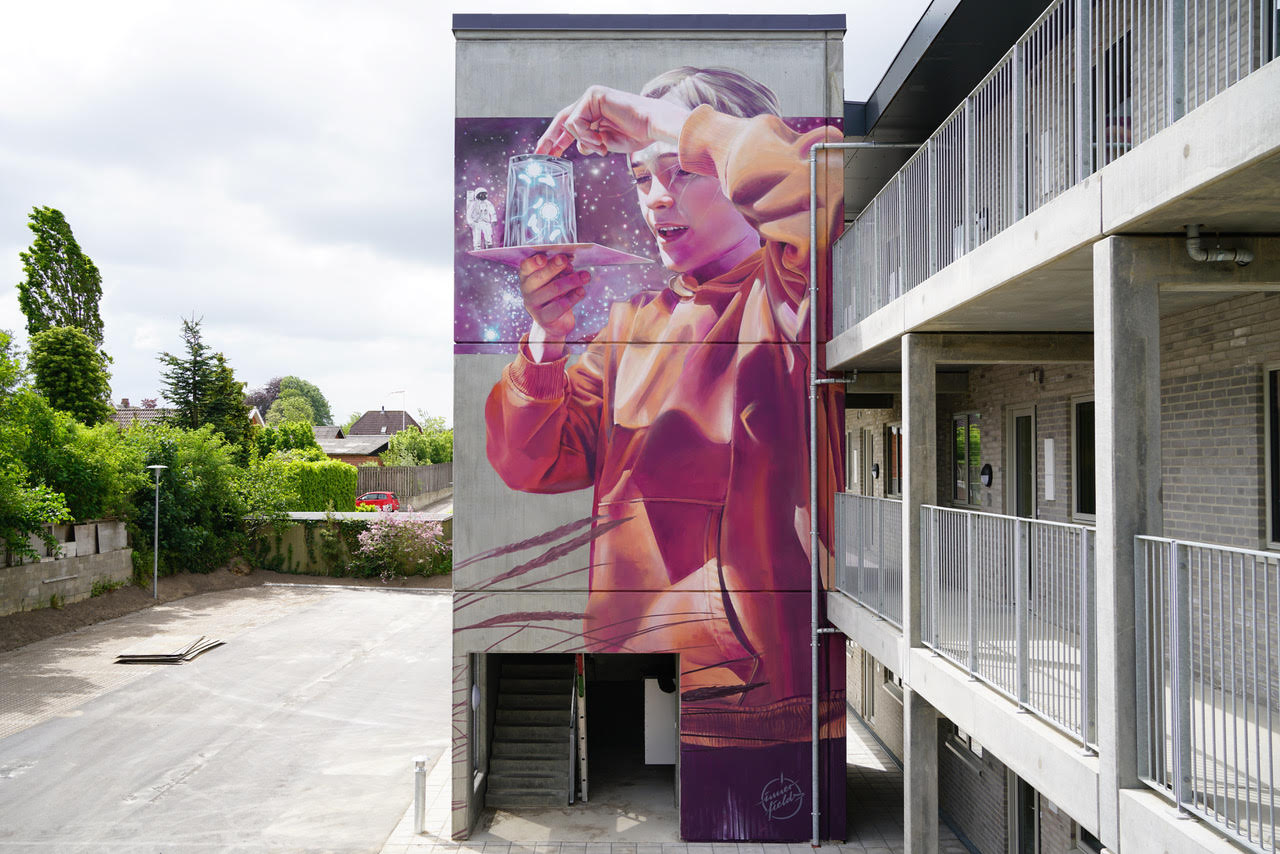 Born and raised in Berlin, Innerfields (Holger Weissflog & Jakob Bardou) have been influenced by the urban currents in the city from a very young age. They started working together in 1998, and since then, they have been making murals all over the world, among other at numerous street art festivals, besides working on canvas in the studio.

They are known for their figurative and realistic imagery where topics such as the environment, society and the relationship between man and nature are often the main theme. 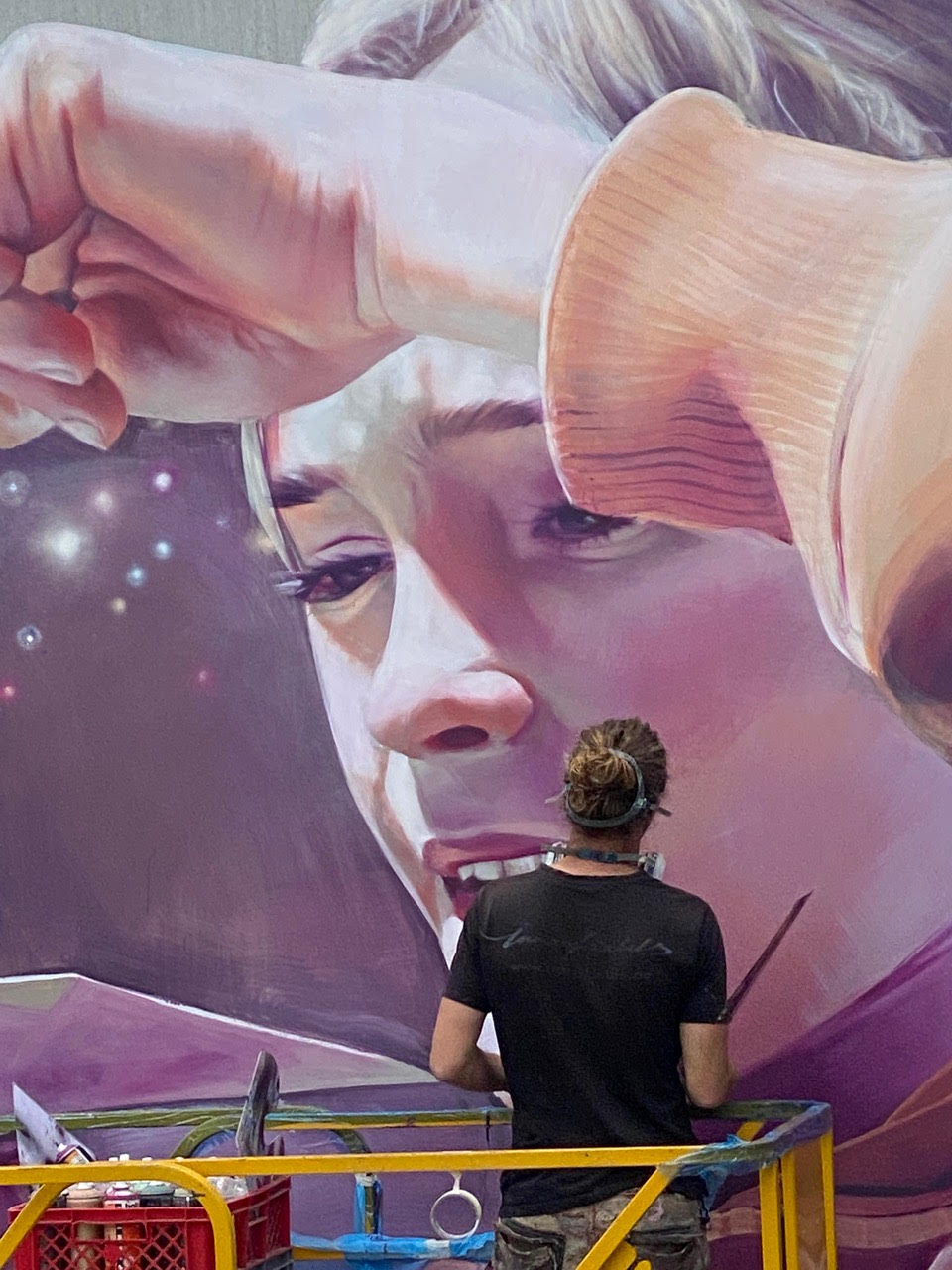 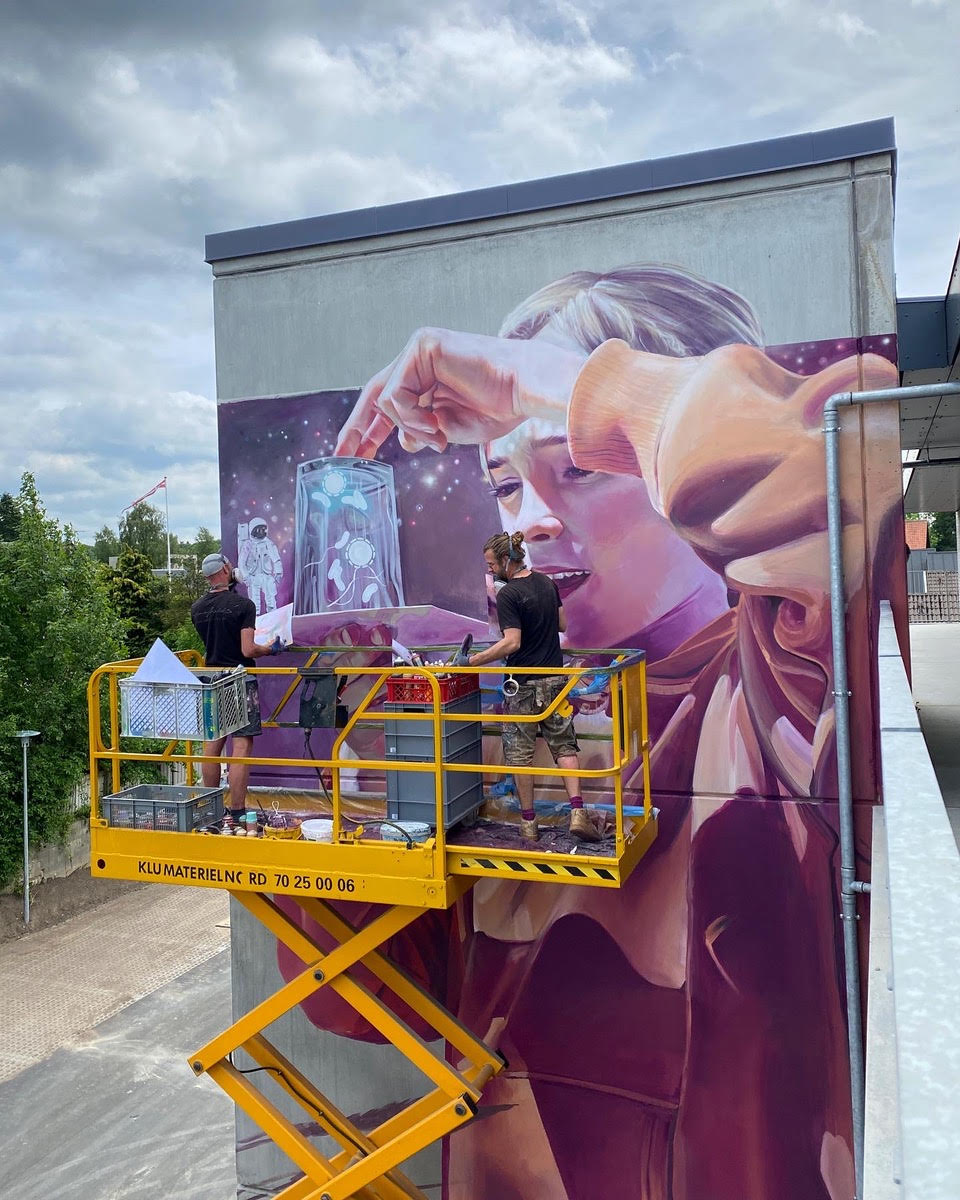 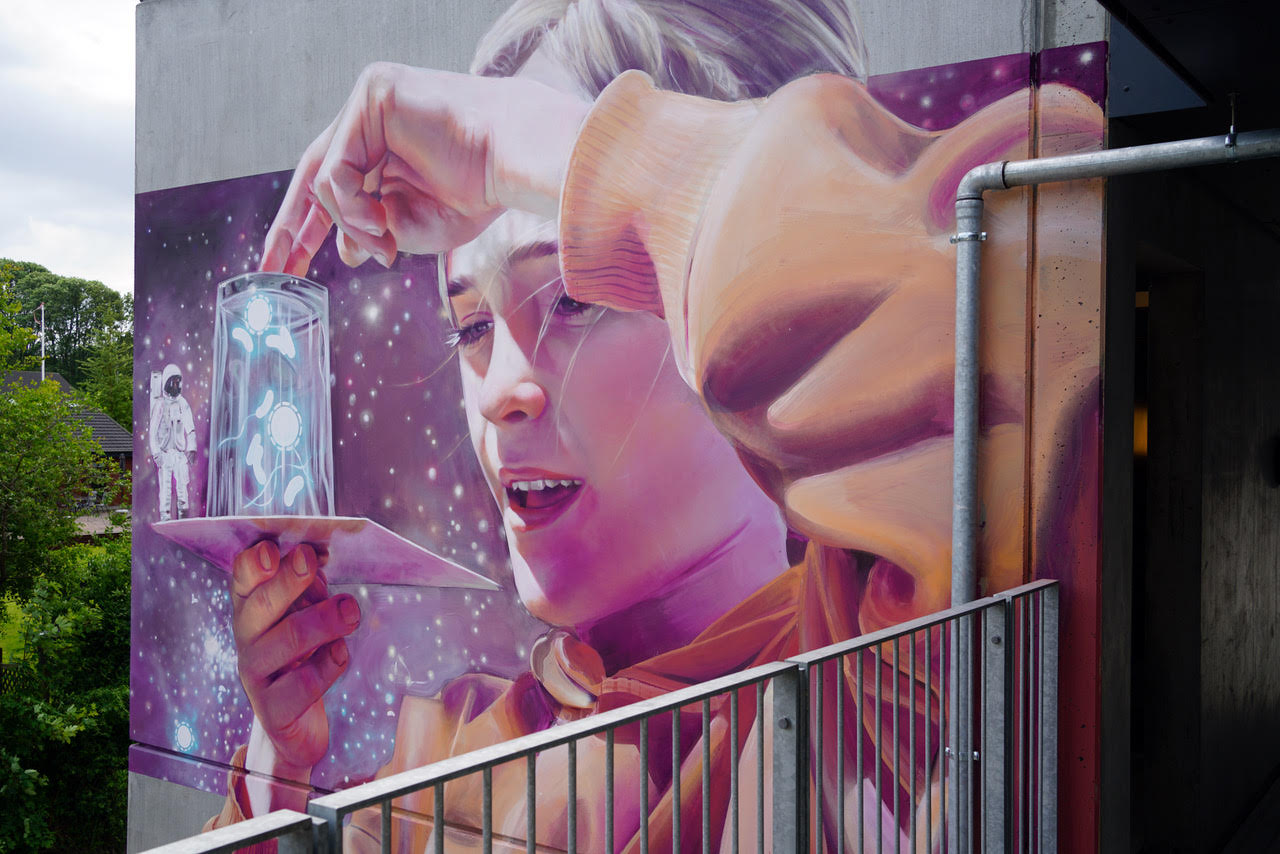 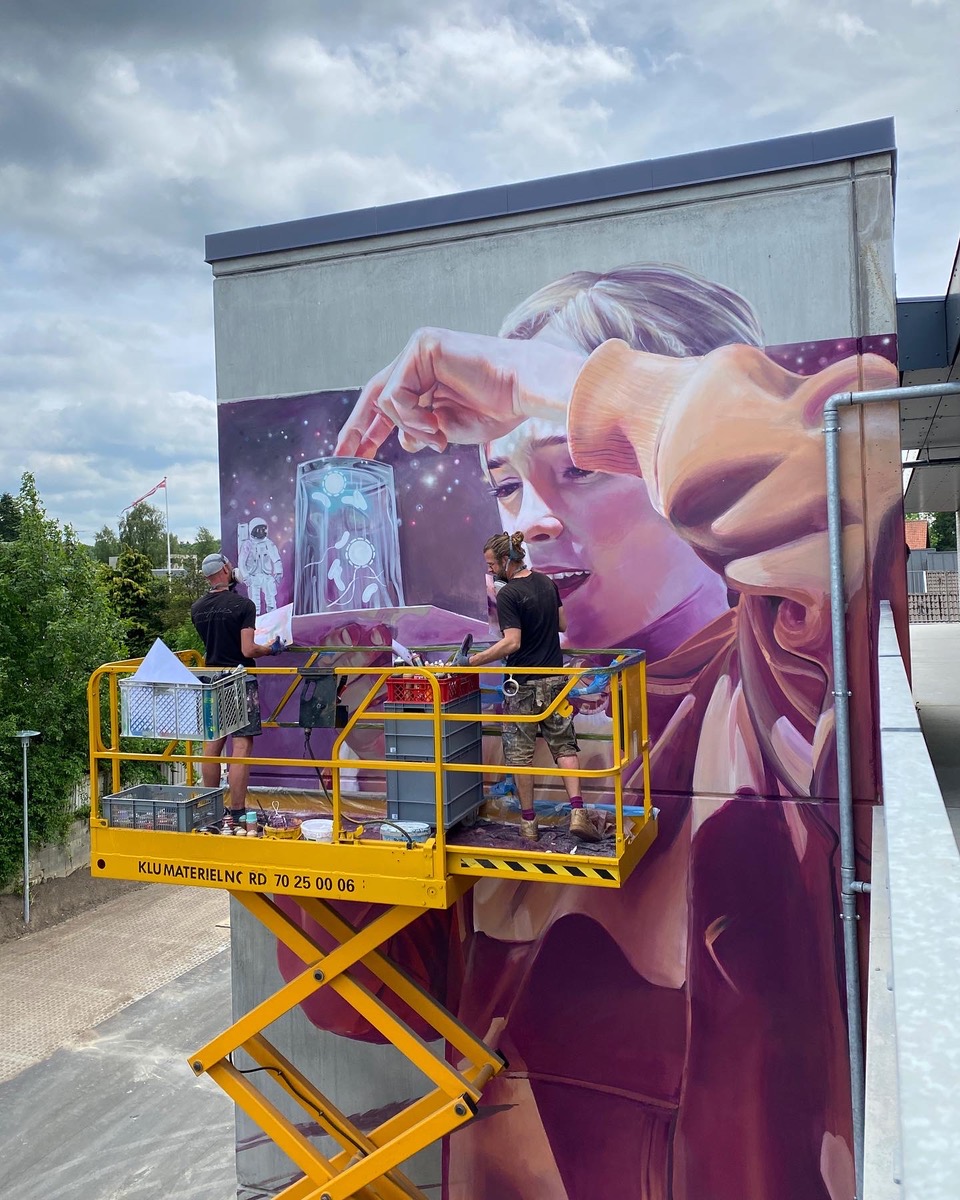 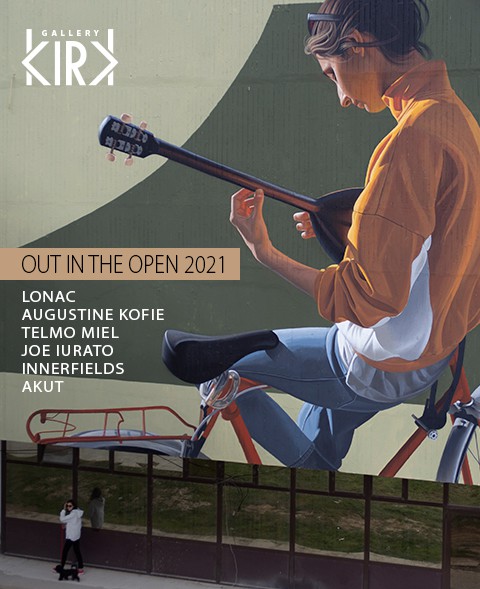 During the summer, another 5 artists will arrive to add new murals to ‘Out in the Open 2021’. The artists will be Lonac, Augustine, Kofie, Telmo Mie, Joe Iurato, Akut