Woman Put A Water Fountain With A Camera In Her Yard, Here Are Stunning Photos Of Regular Visitors 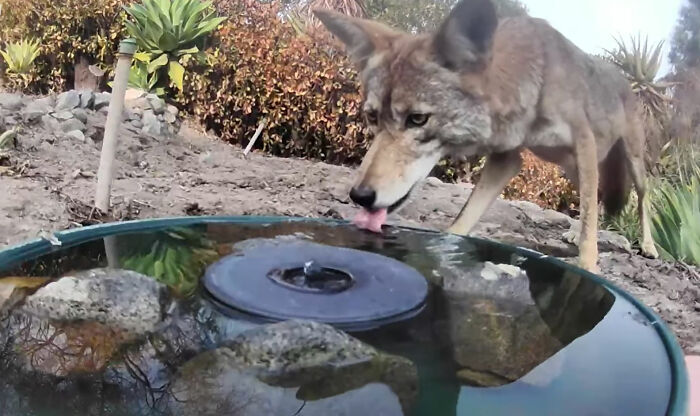 Jennifer George lives in a semi-rural area in San Diego County and used to watch various animals wandering into her yard from a distance until she thought of a genius idea to take a better look. On a hot day in 2019, she decided to get some water for a family of coyote pups and a wholesome hobby took off from there.

She started with a simple metal bowl of water which became pretty popular among local animals as it can get pretty hot in California and it has since been upgraded into a real ‘animal thirst trap’—a bigger bowl and a solar fountain. Now a variety of animals come to visit George’s backyard every day for a refreshing drink or free pool party. But the best part is that we can explore feathered, furry, and even scaly critters and their behavior from up close thanks to a hidden camera set up outside the fountain. And some of them, like snakes and coyotes, you probably wouldn’t like to meet in person anyway! 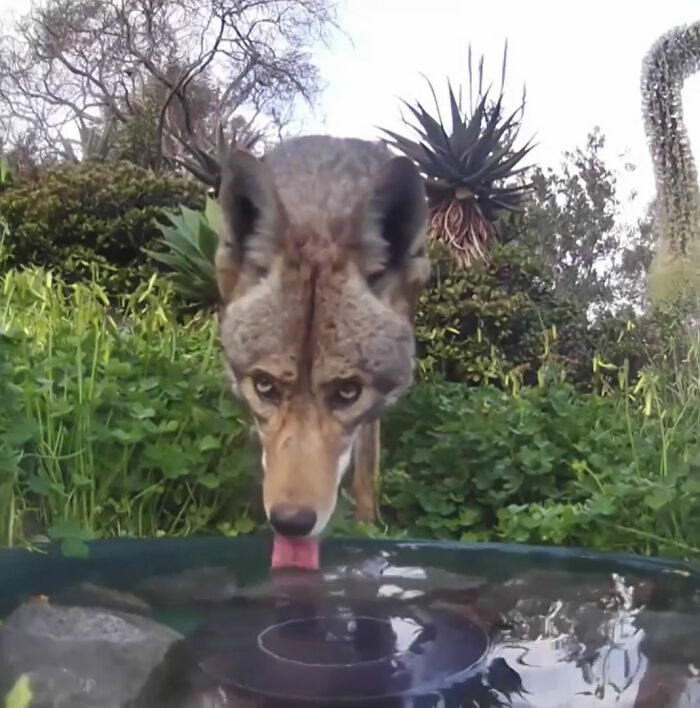 “I live in a semi-rural area in San Diego County on a large property, and used to see animals outside in our yard, so I thought it would be fun to get an outdoor camera to get a better look. I put a bowl of water out there to attract them, because I didn’t want to make them dependent on us for food, and because it’s very hot and dry here in the summer. Birds started showing up almost immediately to drink and take baths during the day, and at night we’d see other nocturnal animals like skunks, opossums, and bobcats drinking. I was excited to look at the camera every morning to see what showed up,” she told Bored Panda. 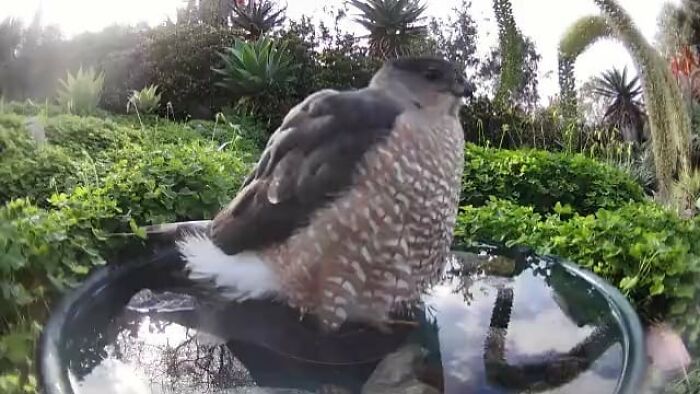 The fauna of the State of California may be the most diverse in the United States of America. George has caught on camera skunks, bobcats, raccoons, opossums, rabbits, squirrels, mice, lizards, hawks, hummingbirds, and several other kinds of birds, and even a dog (not her pet). Check out our list of snaps of videos to see who else came to visit! And if you want to watch all the hypnotizing videos to see how these animals behave, visit George’s socials with footage from her Ring camera. 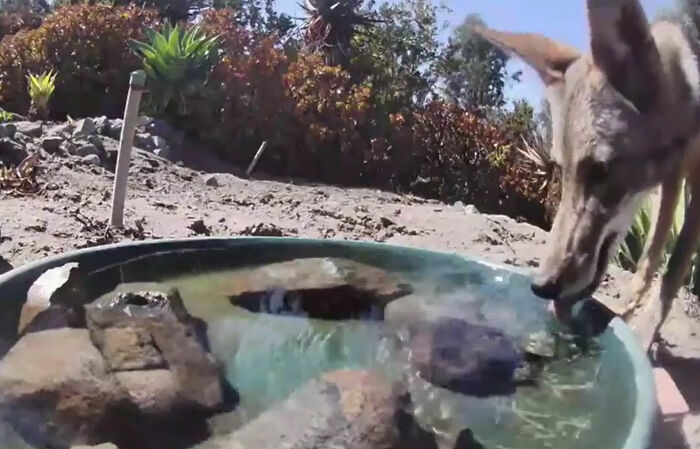 George said that thanks to her little fountain and a camera, she has been able to encounter animals she’d never seen before.

“I’ve lived in Southern California all my life, and some of these animals I’ve never seen before, like the long-tailed weasel and the western tanager. I love seeing the coyote puppies and the road runners. I’m hoping an owl will stop by one day.” George’s hobby turned out to be more than just an entertaining project to explore local fauna. Besides providing fresh water to wild animals, she has also partnered with Wildlife Care of Southern California to raise awareness and help coyotes who might be suffering from mange due to secondary poisoning from eating rats who were poisoned in traps. 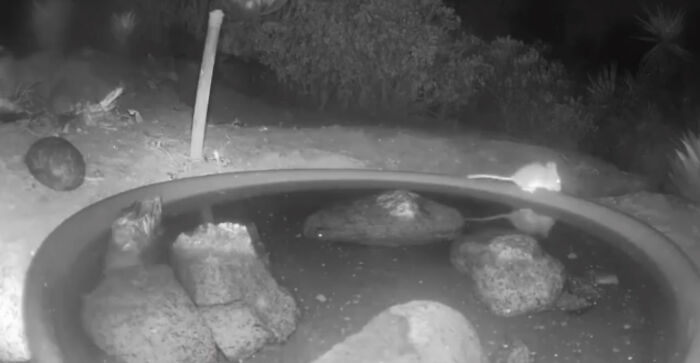 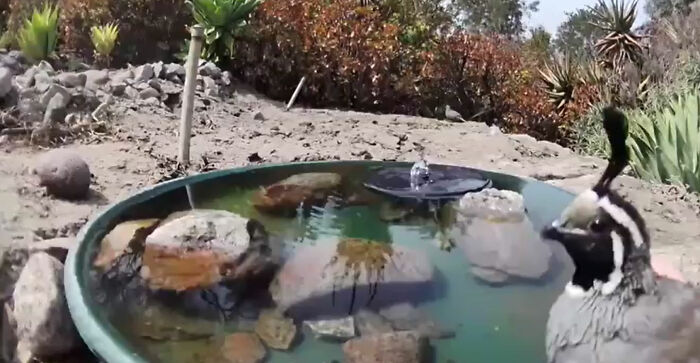 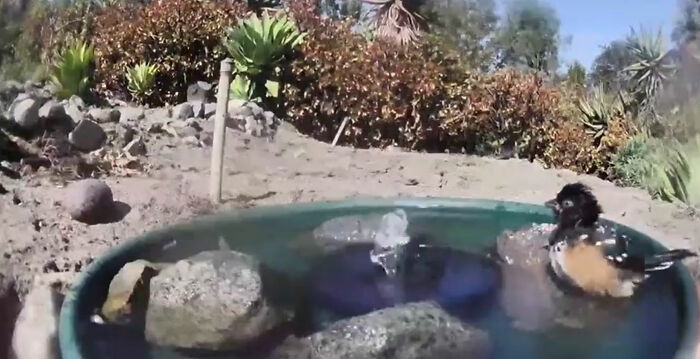 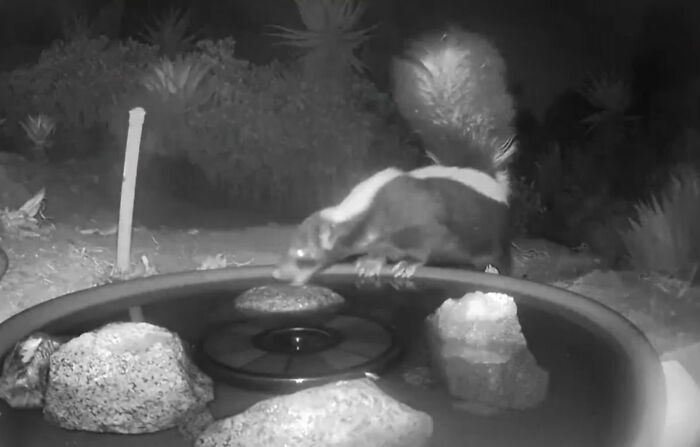 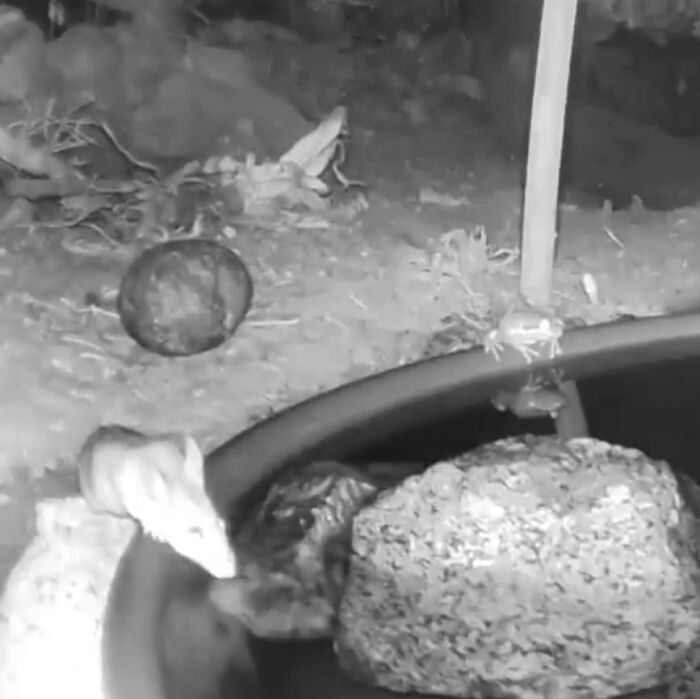 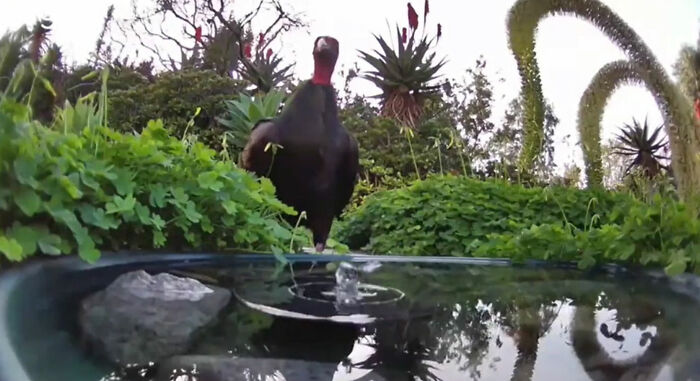 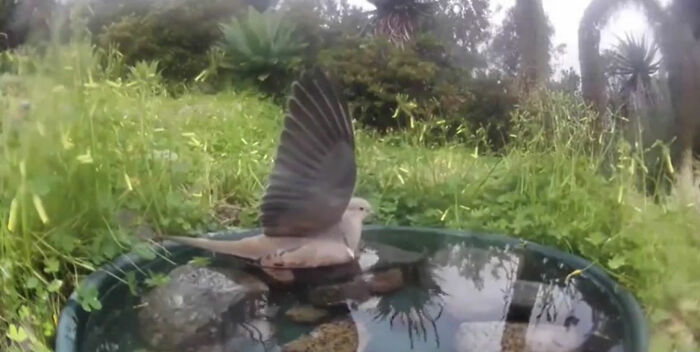 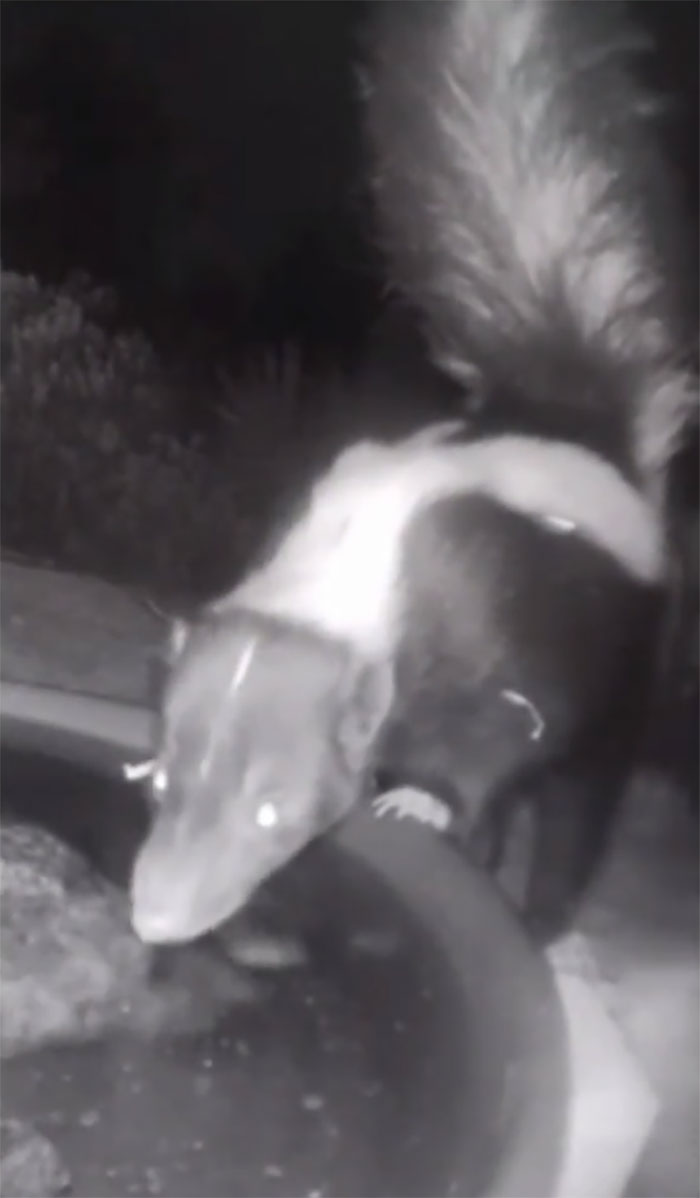 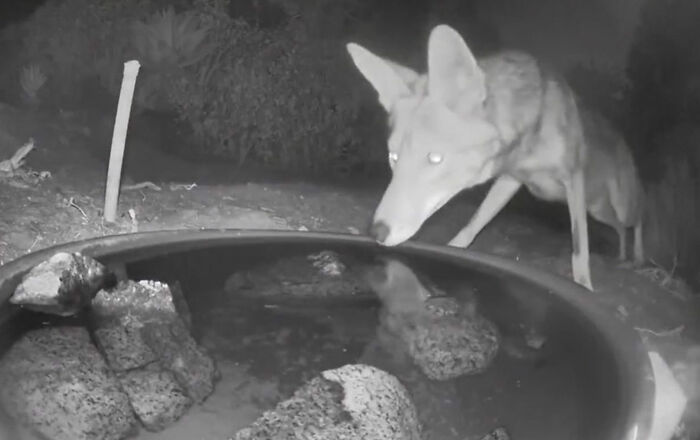 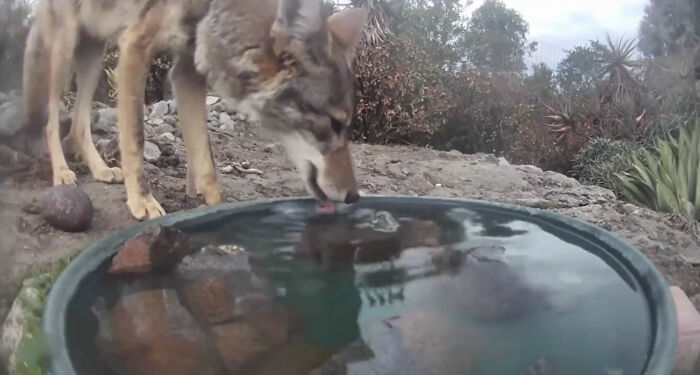 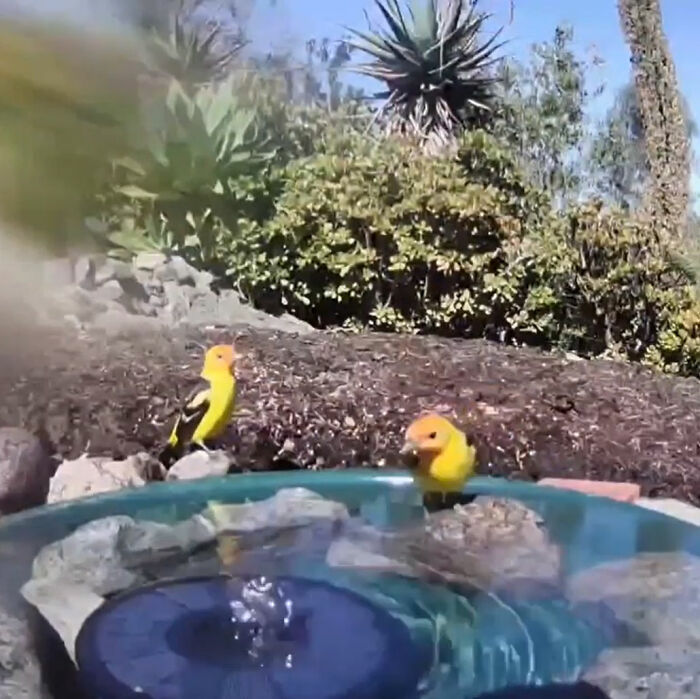 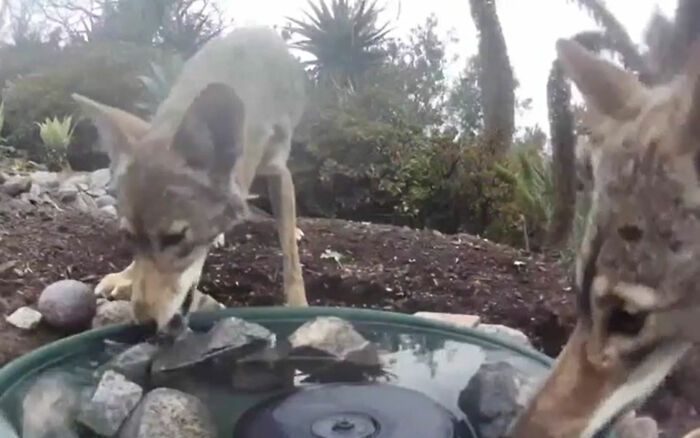 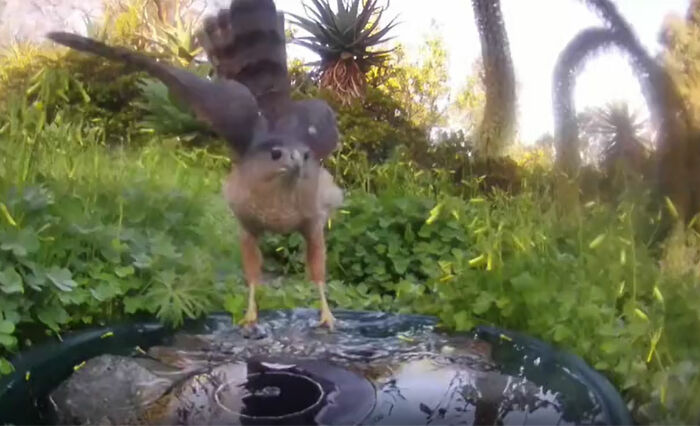 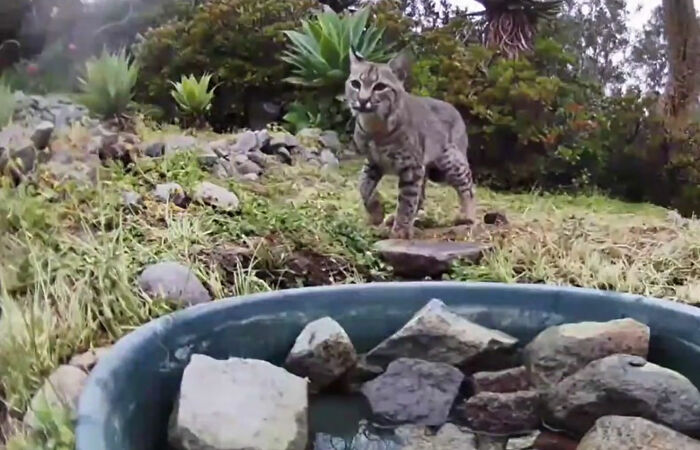 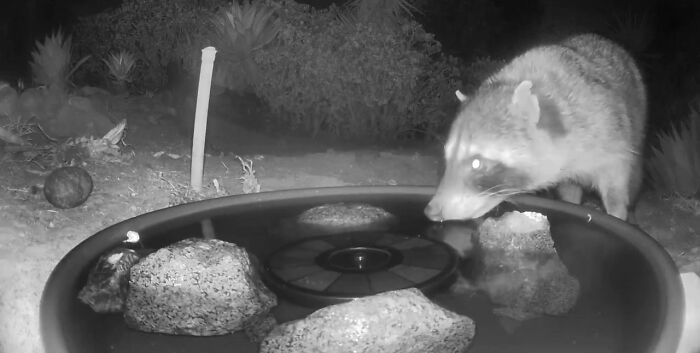 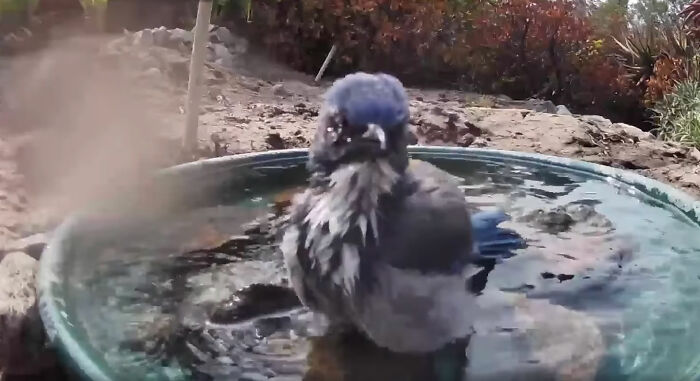 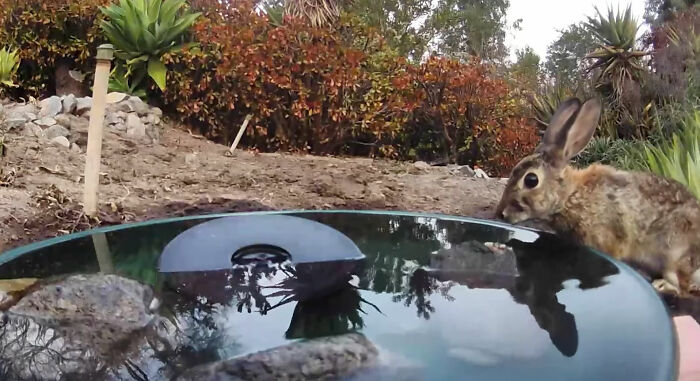 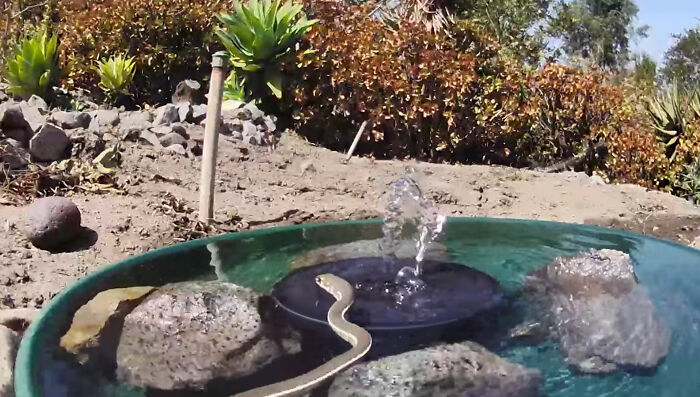 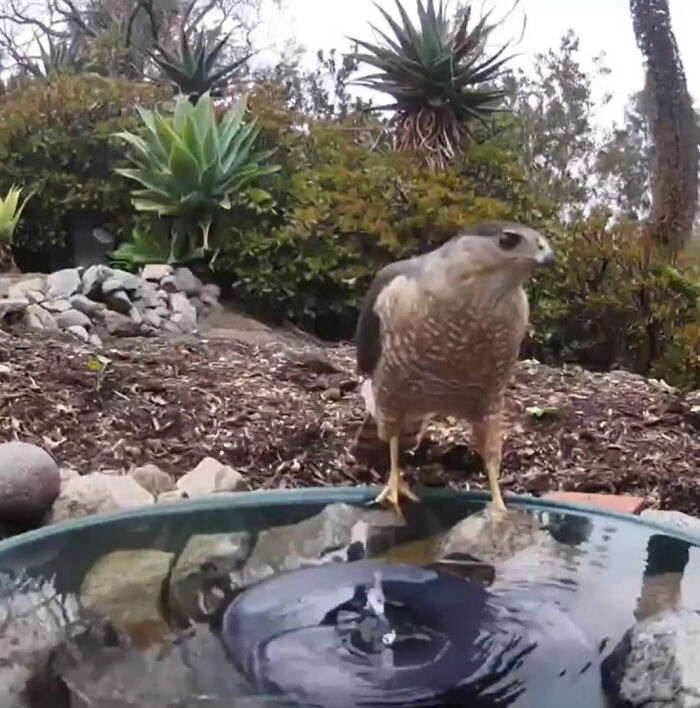