French stencil duo MONKEYBIRD recently finished a monumental wall tribute to Burgos Cathedral for its 8th centenary. The mural  is a collaboration with StARTer Proyectos Culturales for the project -Mymesis, beings and places- in the context of the VIII centenary of Burgos Cathedral. This project aims to generate a visual dialogue with the public about Heritage and contemporary culture. 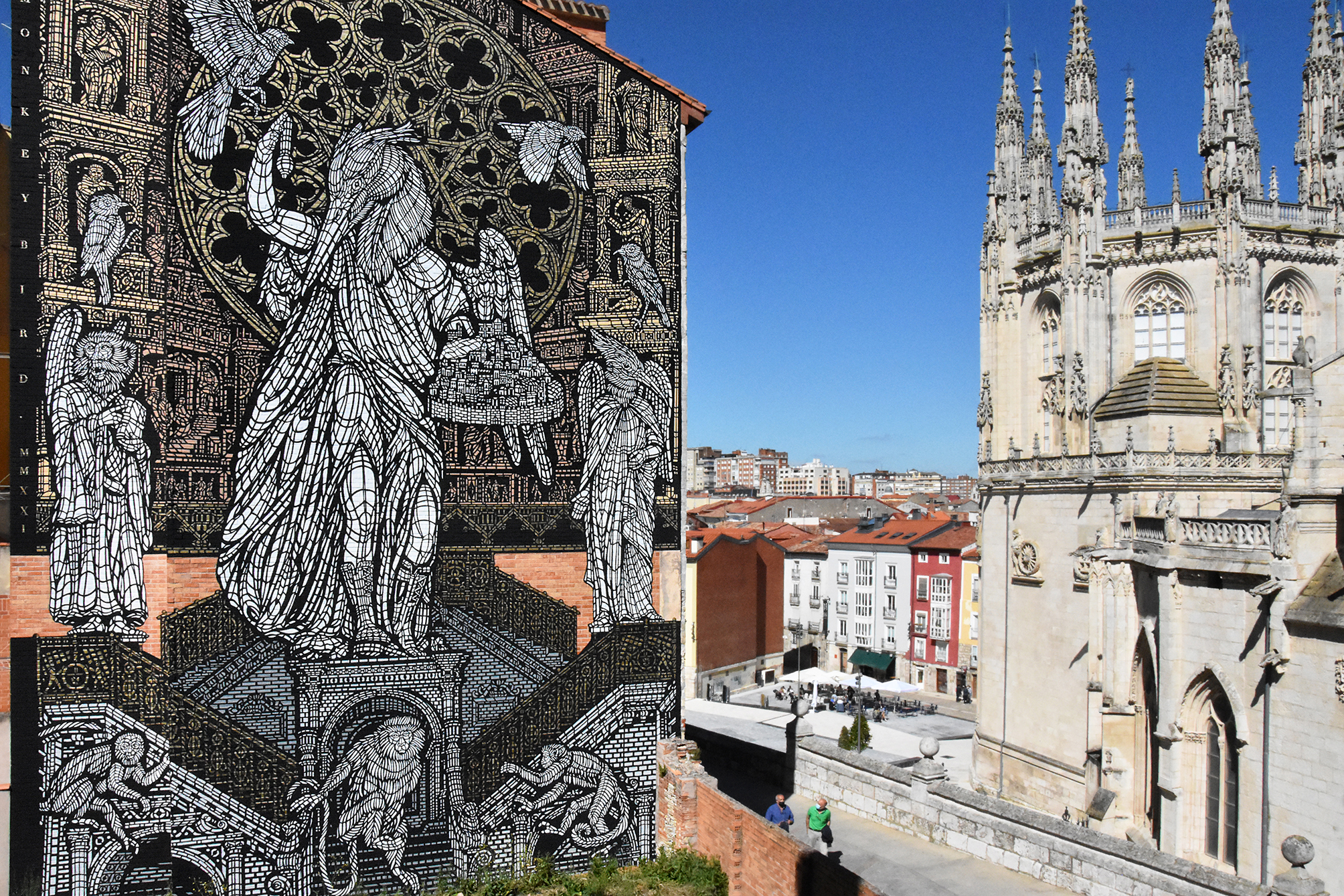 Burgos Cathedral is declared a World Heritage site in 1984 is the result of the work of many creators and patrons who dreamed on building a unique and sacred place. One of the most remarkable aspects of this georges place is how it reflects a rich succession of artistic styles, spanning classic Gothic to Baroque, to generate an eclectic, yet deeply harmonious, building.

Nowadays in the XXI century, Burgos Cathedral keeps reinventing itself and artists keeps observing it with admiration and respect generating new projects around it. 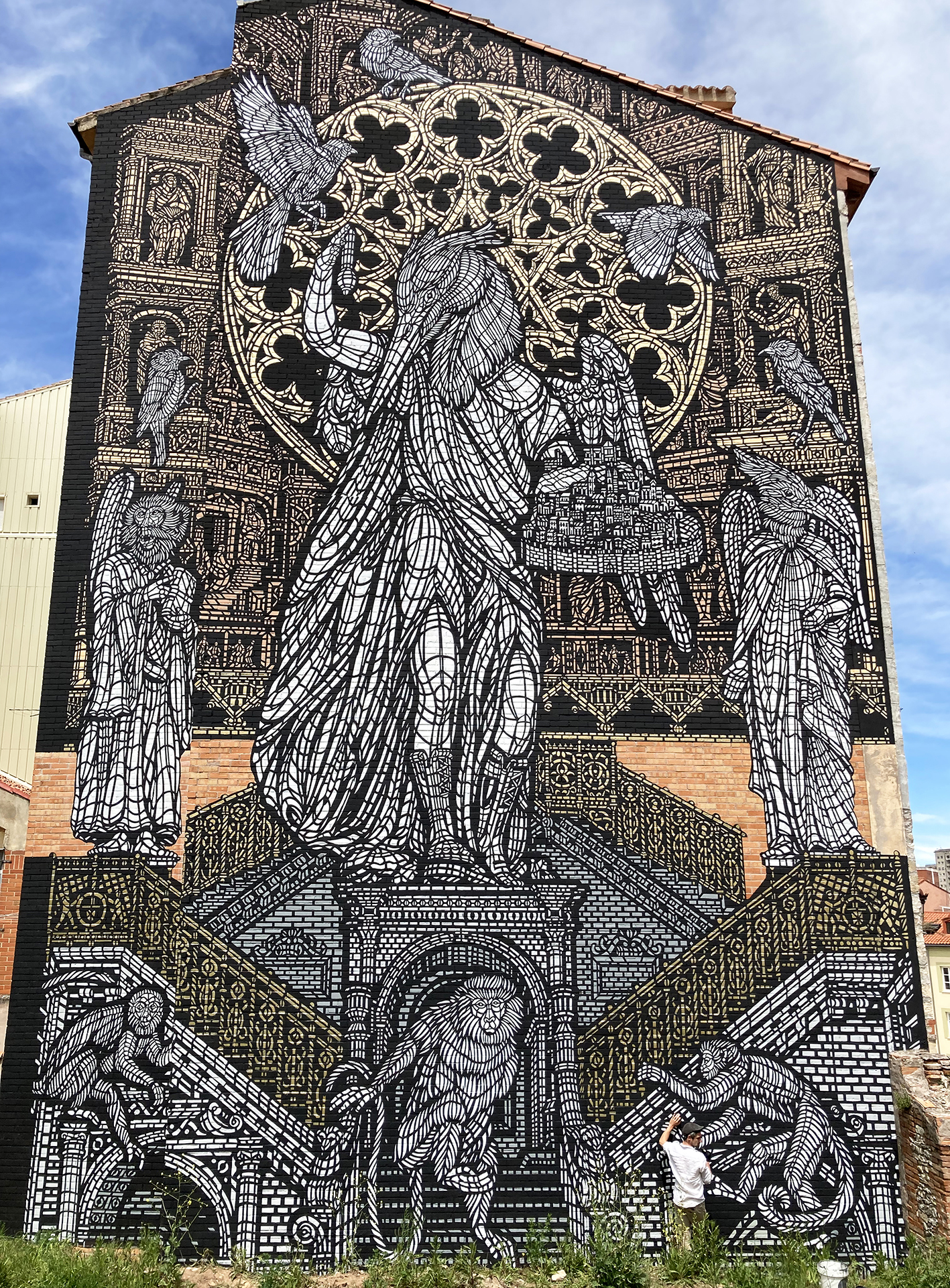 StARTer Proyectos* invited the French duo Monkey Bird to create a personal approach to its rich transferring a whole universe of symbols from the interior to the exterior. Louis Boidron and Edouard Egea met in Bordeaux in 2009. They have a long career that has led them to paint in places such as United Arab Emirates, India, Mexico, Netherlands and Ireland, among others. With their monumental aesthetics full of mythological references and classical architectures also with their singular color code they acquire an unique identity in the international Urban Art scene. 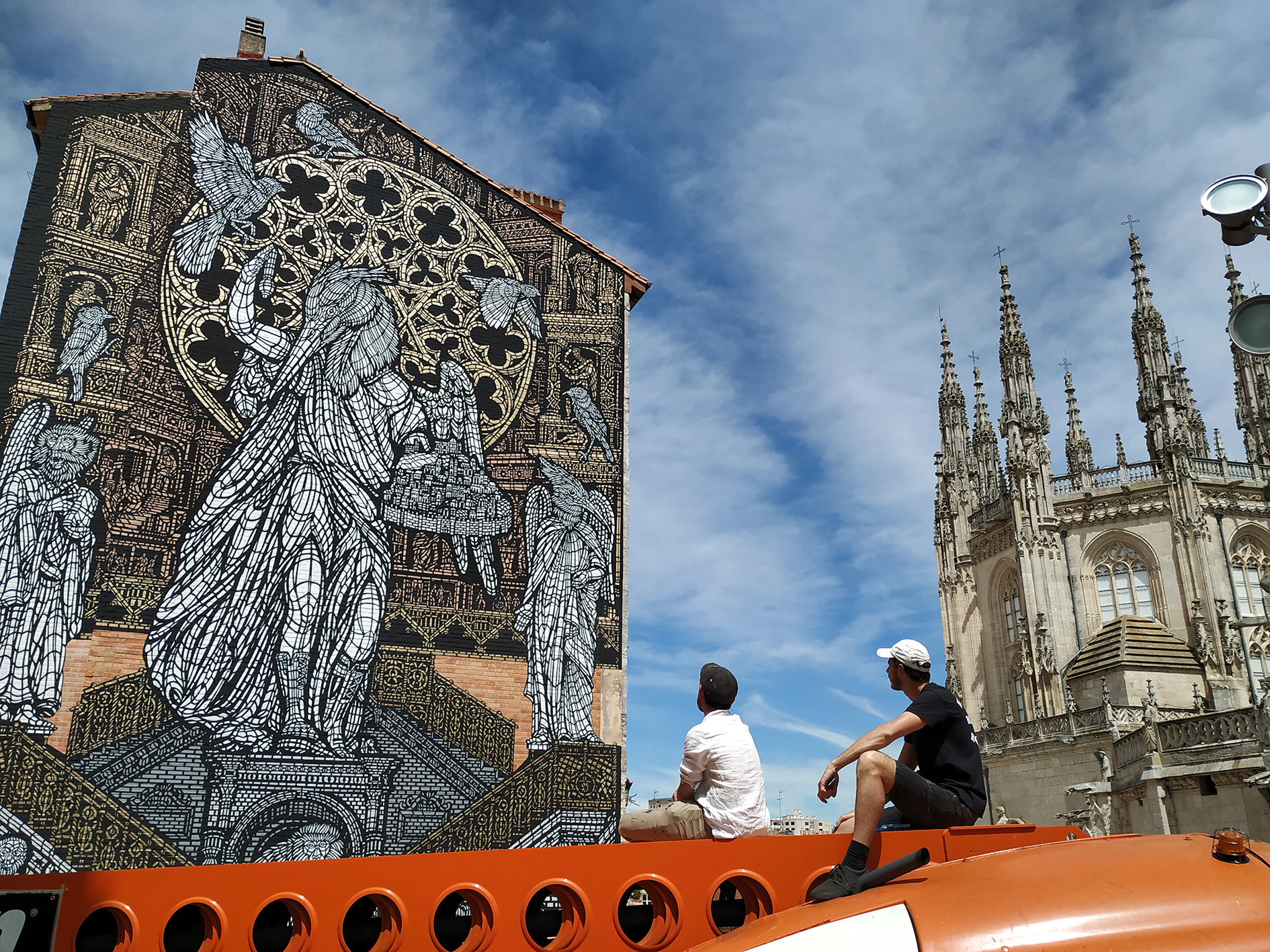 Through this wall, the artists wanted to pay tribute to the communities of artisans and builders, which with their thorough and exuberant works endowed Burgos Cathedral with wealth and beauty.

“Our intention was to offer an effect of complex depth and monumentalism, combining some of the most spectacular references of the temple, such as the main altarpiece, with its many details, the Golden Staircase, or the circular oculus in the center of Santa María façade. 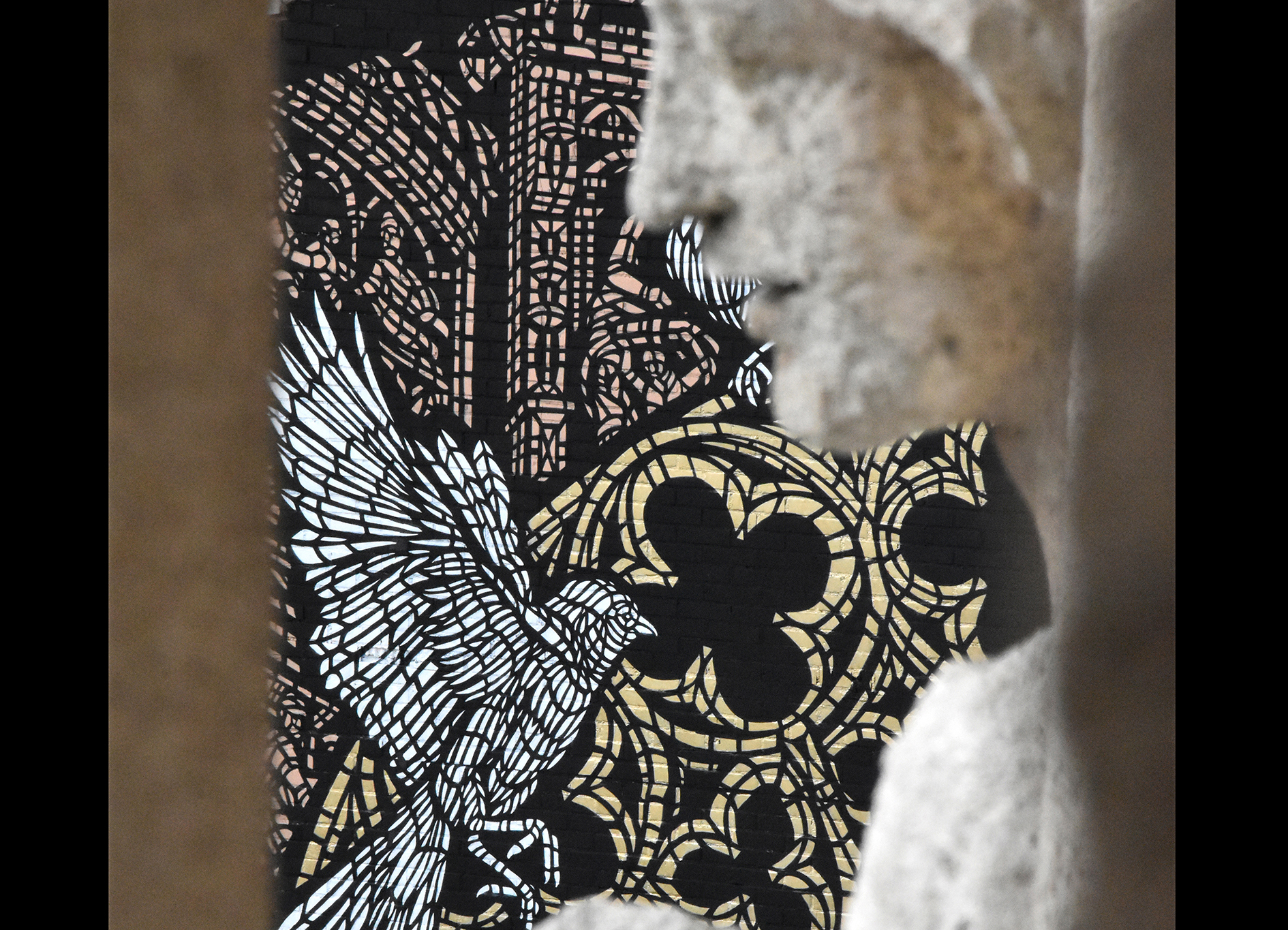 As a symbol of good luck for the community, we have represented in the center the protector of the town, Guardian Angel. This image under the guise of a gray heron is shown as a symbol of light and rebirth, flanked by two other angels whose original models they are in the upper part of the temple. This Cathedral is also unique in Spain in terms of finishes created with sculptures of angels.

The small birds around the oculus represented a typology of birds call “papamoscas cerrojillo”, which usually nest in the cavities of the stone making a connection with the name of the famous automata o´clock from the XVIII century presents in the building. 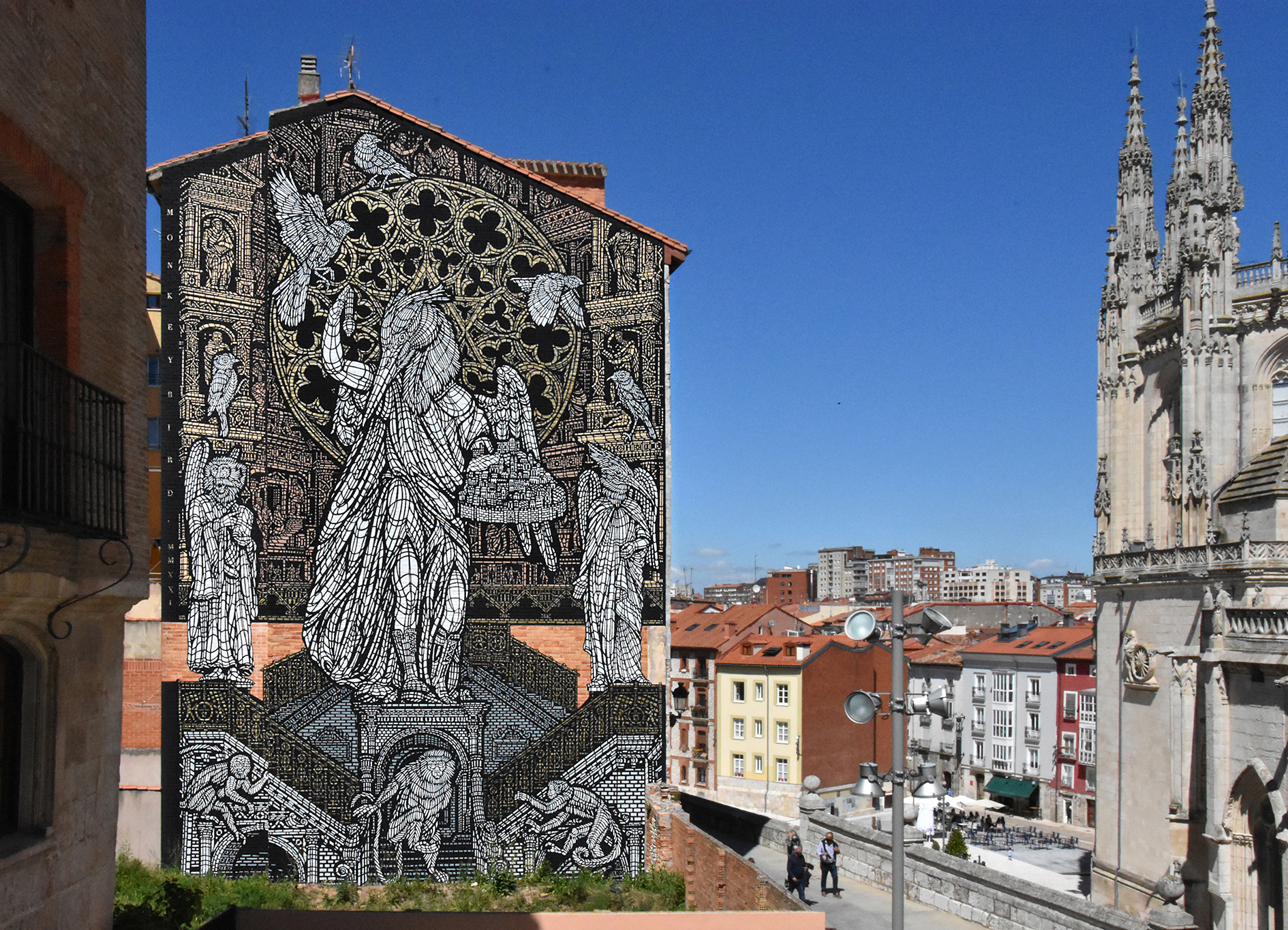 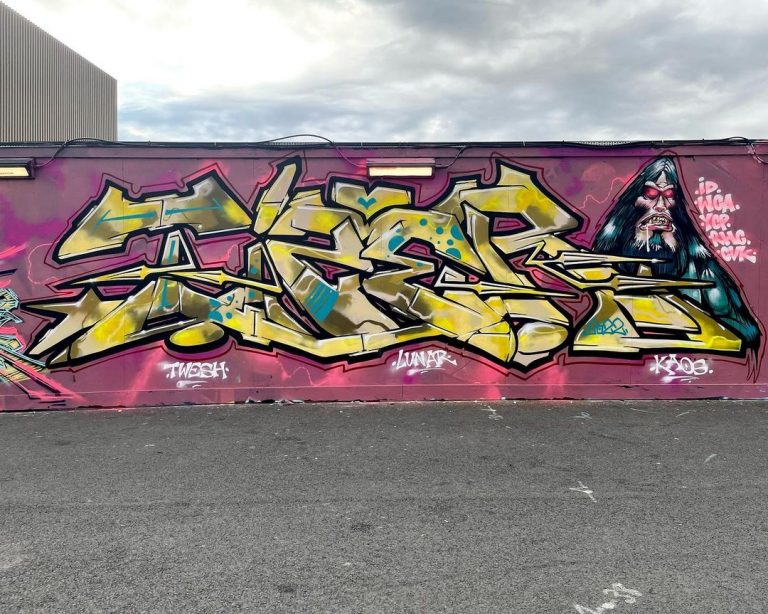 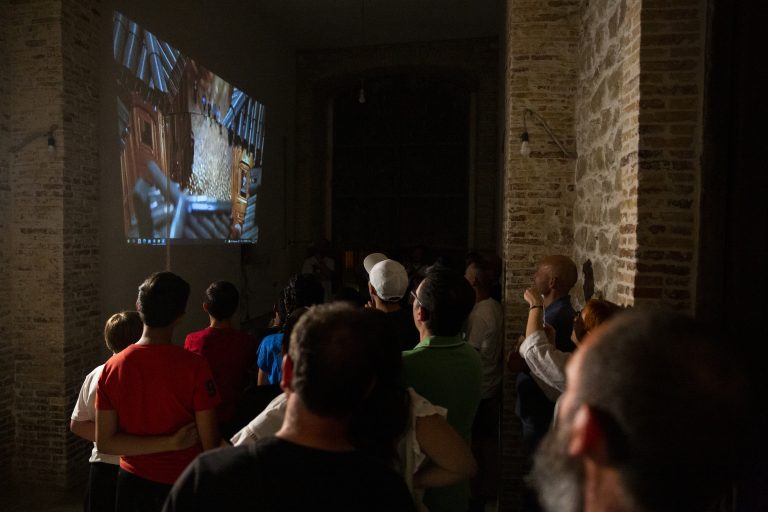 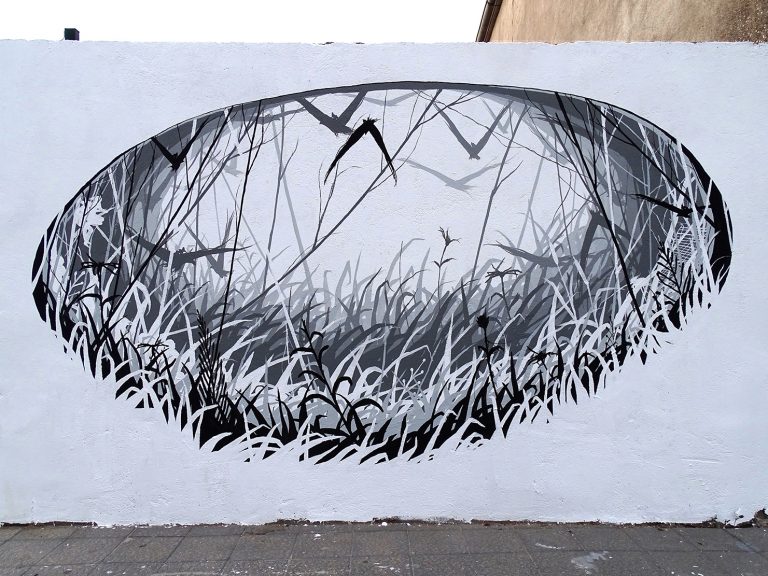