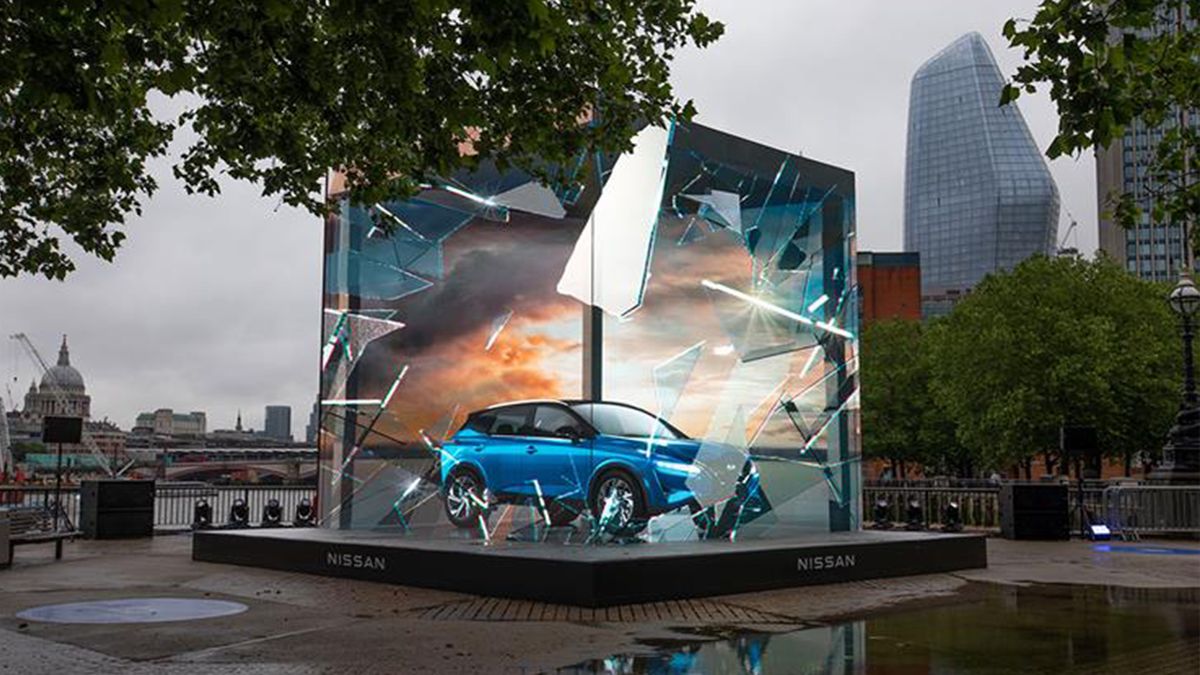 There’s nothing the internet loves more than a good old optical illusion. But if you fancy seeing one in the flesh (and happen to be in London), Nissan’s eye-popping new 3D poster is live on the South Bank until the end of this week.

The six-metre cube shows a one-minute film every fifteen minutes, in which the car emerges from a dramatic storm, before appearing to “leap out of the screen”. The installation was created by TBWALondon, and will remain on London’s South Bank until 25 June.

“The all-new Nissan Qashqai sets a new benchmark in design and technology,” Nic Thomas, marketing director at Nissan, said in a press release. “This exciting 3D installation brings that powerful message to spectators in a way many will never have experienced digital content before. We are delighted to be launching our flagship car with this innovative customer experience that will equally excite those watching in London, or seeing digital footage online.”

Of course, the video above won’t be nearly the same as experiencing the 3D installation itself, but we can’t help but wonder whether this might be a glimpse of the future of out-of-home advertising. Then again, at 6 metres cubed, we have a feeling ads like aren’t set to replace posters just yet. Let’s just say it won’t fit on the side of a bus.

Just last year, Nissan revealed a brand new logo, joining the flat design party along with pretty much every car brand around. This is an altogether bolder exercise in advertising – like this Eiffel Tower street art and that pulsating Sonos logo, it’s often the most mind-boggling ads that are the best. If you fancy creating an optical illusion of your own, check out today’s best Adobe Creative Cloud deals below.