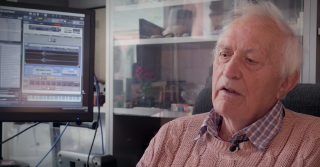 The Guardian reports that British composer and synth pioneer Peter Zinovieff has died at the age of 88.

Zinovieff has been described as “Britain’s Bob Moog.” Along with Tristram Cary and David Cockerell, he founded Electronic Music Studios (EMS) in 1969, one of the first synthesizer companies. 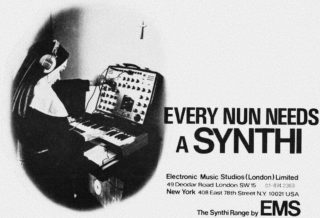 While EMS pioneered the use of a wide range of technologies in electronic instruments, it is probably best known for creating the VCS3 and Synthi A, early portable synthesizers that were used by the likes of Klaus Schulze, Pink Floyd, Brian Eno, Hawkwind, The Who, Jean-Michel Jarre and others.

He collaborated with Radiophonic Workshop members Delia Derbyshire and Brian Hodgson in the 60’s as Unit Delta Plus, creating electronic music and multimedia events. Later collaborations include creating the libretto for Harrison Birtwistle’s 1986 opera The Mask of Orpheus, and more recent collaborations with cellist Lucy Railton and violinist Aisha Orazbayeva.

Zinovieff and the story of EMS are the focus of the 2007 documentary What The Future Sounded Like: