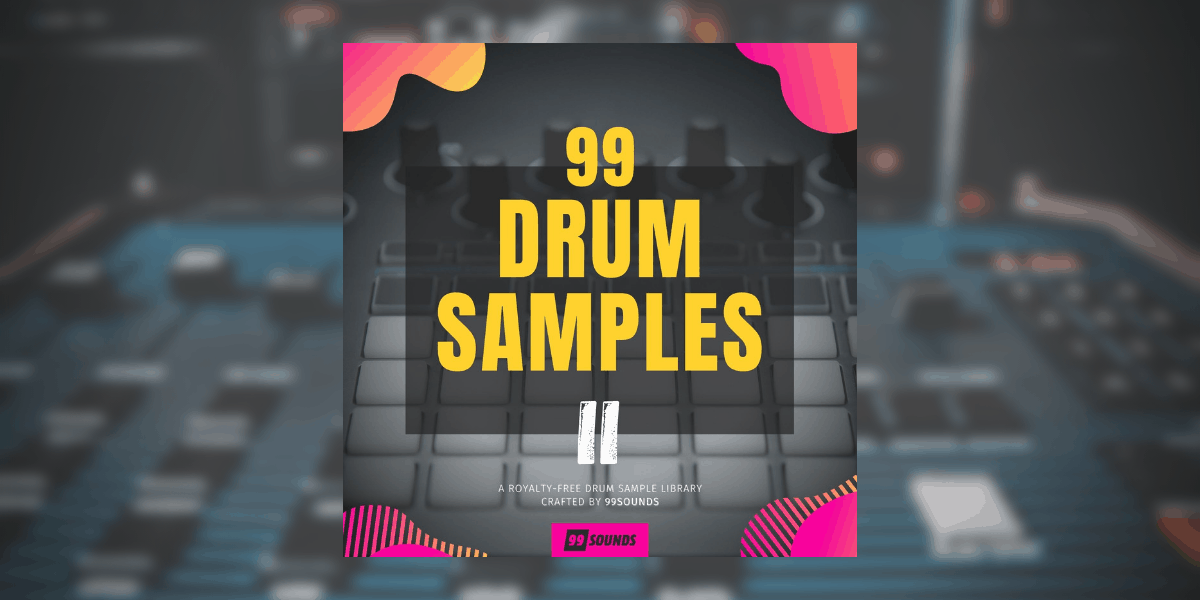 With over 450,000 downloads since its release in 2014, the first edition of 99 Drum Samples deserved a proper sequel.

Some of the sounds were printed to tape, pitched down, then sampled back to the computer. Others were passed through analog distortion boxes. A couple of sounds are resampled from the Nintendo Game Boy for that lo-fi digital grit.

The result is a unique collection of drum samples that will work great in tandem with the previously released 99 Drum Samples I. With the two libraries combined, you’re getting 209 free drum samples in total.

For those unfamiliar, 99Sounds is an indie sound design label launched by Bedroom Producers Blog. It features some of my own sound design work and dozens of sound libraries submitted by fellow sound designers from across the globe.

If you haven’t visited 99Sounds before, it’s a great place to find free sound effects and field recordings. All sounds are free to download and 100% royalty-free.

We have released over 30 sound libraries so far, and more are on the way.

Some of my personal favorites are World Sounds by Marcel Gnauk, Cinematic Sound Effects by Generdyn, The Warehouse by Richard Gould, and Project Exodus by Bryan Lake. I also have to mention 99 Sound Effects, an SFX collection I worked on as a side-project in 2020.