Ouija DF 3A is an artist whose career spans multiple decades, different area codes, styles, and boundaries. He is a  pillar member of the 3A and DF crews, and a loyal uni cap enthusiast and bombing science regular. A piece from Albany’s Ouija are always a treat, and here at Bombing Science we just can’t get enough.

So, I know I’ve personally followed your work personally for years and seen your impact on many artists all along the Eastern seaboard and beyond. Last time you spoke with us you mentioned living in a multitude of places within the U.S. Now I know it’s not polite to play favorites, so I’ll instead ask: what we’re facets of each place that you enjoyed most from the perspective of a writer?  Do you feel Albany is most conducive to your creativity?

Honestly, every place I’ve lived is both the same and different.  From a technical perspective, the spray paint is the same, you’re painting on the same type of concrete, using the same mop to write on identical mailboxes, or painting a freight that’s going to eventually roll through your former or future city.  The difference is what lies outside of graffiti.  What makes your city or area unique is what ultimately informs the choices you make as a writer, as you travel through a career.  Mine has been a long one, so I’ve gone through a lot of stages.  When I lived in Denver, the community response to graffiti was typically very positive, and the general public seemed to have a higher degree of awareness as to what you were doing, and what it meant or didn’t mean.  Moving to a much smaller scene with a faaaaar more primitive public perception, the legal wall aspect makes up a very small portion of what I’m doing now.  In a lot of ways, it feels like what I was doing when I first started in the mid 1990’s.  Nothing was sanctioned, competition with other writers was pretty much a non-issue, and the area was as good or bad as you wanted it to be.  Anywhere you live, it’s up to you to make the effort.  Unless you live on Jupiter or another gas giant, there’s a way of adding or subtracting material to create your name.  But yeah, I’m having a great time in Albany. I wouldn’t trade it for anywhere else.

You reference being a tight knit crew from early on. Which was your premier affiliation? Did you have a hand in the crew infancy or was there a vindication when you were inducted? If you can without too many details, give us a brief history of your involvement with and role in iconic crews like 3a and DF.

As far as crews go, I originally had a dozen stupid crews that were basically a bunch of us toys each having our own three letter acronym and putting down anyone willing to write it next to their terrible little piece.  I figured out after a year or two that crews aren’t Pokemon cards, and it doesn’t mean anything unless you’re affiliated with something that has both substance and personal significance.  It could be serious or funny, or just a squad of dudes that like to party together.  The basic tenet, to me, is about camaraderie and unity with like minded people that appreciate and maintain lasting friendships with.each other.  I’ve never wanted to be part of a sports team or gang, so those giant, army-like crews really aren’t for me.  That’s great if someone likes that, but I don’t like the idea of meeting someone for the first time and realizing we’re in the same crew.  It seems strange and impersonal, which is not what a crew is in my mind.

I was invited into 3A in 1998, while painting a UP flat with Geser.  We’d known each other, as pert of the same scene in and around Hartford, CT, and started painting together.  I guess I was tolerable and not a complete fool with letters, so I made the team.  I had a similar experience with DF.  I was put in around 2010, shortly after moving to Denver.  I think Emit was scouting me.  LOL.  I visited Denver in 2005 with my now wife, and he swung by to say hello.  Then in 2008 he invited me to paint a wall when he was in CT, and when I moved to Denver in 2009, the DF guys basically took me into the fold and made it official after about a year.

YL was a completely different and unique sort of crew, at least to me.  It formed as a sort of conglomeration or emulsion of several smaller groups of writers that all started hanging out with each other on a regular basis.  By far, it was the tightest group of friends I’ve ever been a part of, both within graffiti and in my regular life.  For several years we all hung out constantly.  We’d go drinking together, paint together, drive around together, you name it.   YL had a whole table at my wedding, and Irm/Rock was my best man.  As we transitioned into our 30’s, most of us either moved away, started a family or both.  I still keep in touch with most of the guys at least semi-regularly, and we just inducted Osaka/Herl into the team.  The times when we rolled up to a wall as an entire crew and all pushed/fed off each other to do our best on a constant basis are memories I’ll always cherish, and I see no reason that the good times have to stay locked away in the past.  Otherwise, I’d drop the crew and seal the memories in a photo album.

You mention artists like Geser, Emit, & Kem; I think it speaks to your creativity that you seem to bounce around from the sort of razor-sharp organic line work used by the aforementioned artists and this more geometric, cubism that seems to be completely your own. I’ve spoken with many others who’ve lauded their work (and your own), but what is it specifically that drew you to artists like these?

As far as Ges, Kem and Emit, I just like good, solid style.  Before the internet grew into what it is now, you didn’t really see much graffiti outside of your local scene, or what you’d see in person.  The idea of scrolling through thousands of flicks on a tiny pocket computer while waiting at the dentist probably would have sounded like fucking sorcery in 1996.  Good writers are a dime a dozen these days.  In my opinion, guys like Geser, Kem and Emit are on that extraordinary level, like what Kobe or Jordan were to their era of NBA players.  I enjoy looking at tons of graff in a wide variety of styles, but when I look at what I want to be like, it’s those guys.  It should also be mentioned that each one of them have maintained a long, distinguished graffiti career marked with dignity, respect and lasting contributions to the culture.  I respect the hell out of them.

You described, in your last interview, your style as “eclectic” and I would definitely agree with that assessment. You have what is perhaps the most unique style I’ve encountered moving within the world of graffiti letterers. You state that you draw influence from all over the world and it shows. When was it you found confidence in yourself as an artist and became concrete in what is very much your specific NY fatcap style?

If you mean my abstract stuff, it took a very long time to develop, and still does.  I don’t really have anything to draw from, at least not with graffiti and the regular world you interact with on a daily basis.  You can look at the first ones I did in 1999-2000 and they’re wretched.  The ones i did in 2010 are also pretty bad.  I’m sure in 2030 I’ll facepalm yet again at what I’m doing now.  I don’t plan to stop developing it, at least until I no longer have brain function.  I actually do those pieces primarily with a universal thin, at least for outlining.  I fill everything with a NY fat and outline everything with a yellow universal.  I just use two types of caps.  Oh, a rusto fat if I have older valve domestic paint.

I think it’s true that most graffiti artists start out simply as artists. When is the point, in your opinion, that they cross that threshold and become a graffiti artist? What constitutes graffiti to you? Is it aerosol on a brick wall, or is it the first sticker a kid slaps on a stop sign? I remember an epidemic in middle school of smuggling Sharpie markers out of the art room. Granted I tend to ask this question a lot; I feel as though yours is a journey that redefined piecing at-large for adolescents like myself and many of my peers. We’ve never quite seen work like yours in style and  I wonder how a maverick talent and pillar like yourself came to “graffiti” as a concept, lifestyle, and culture.

I was never much of an artist before i started painting graffiti.  I think the most artistic thing i ever did prior to graff was paint little fantasy miniatures.  When I’d see graff around my town, or taking a trip to Boston or Manhattan, the graffiti just mesmerized me.  I loved the way it looked and here I am 25 years later still mesmerized.  They say there’s a special something for everyone.  I’m just glad I found mine.

I suppose i have a bit of an old school mentality when it comes to graffiti.  It’s fine if you do legal walls, but I hope you’re also putting up stickers, or painting freights, or anything graffiti related.  Just painting legal walls exclusively is street art.  It is graffiti style, or course, but the practitioner isn’t really a graffiti writer if they’re not involved with all aspects of graff to some capacity.  If a person does Banksy stencils, but does them in serious hotboy spots, that’s graff to me.  If they do one marker tag a month in the back of some lonely alley, that’s not really much different from putting it on a canvas and displaying it in your window.  I don’t think anyone would legitimately argue that window canvas displays are graffiti art.  A “graffiti writer”  to me is someone that has all aspects mastered to a decent enough level and has graffiti appropriate for any situation.  A guy without at least some kind of tag or throwup is like calling yourself an airplane when you have only one wing, or a ball player that can sink 3s all day but can’t dribble.

We also encourage you to keep up with the DF crew and cop their new book at: 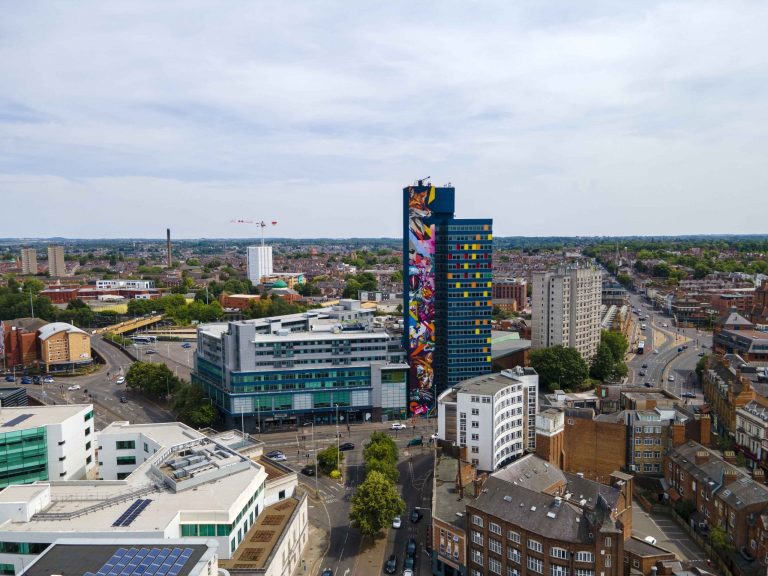