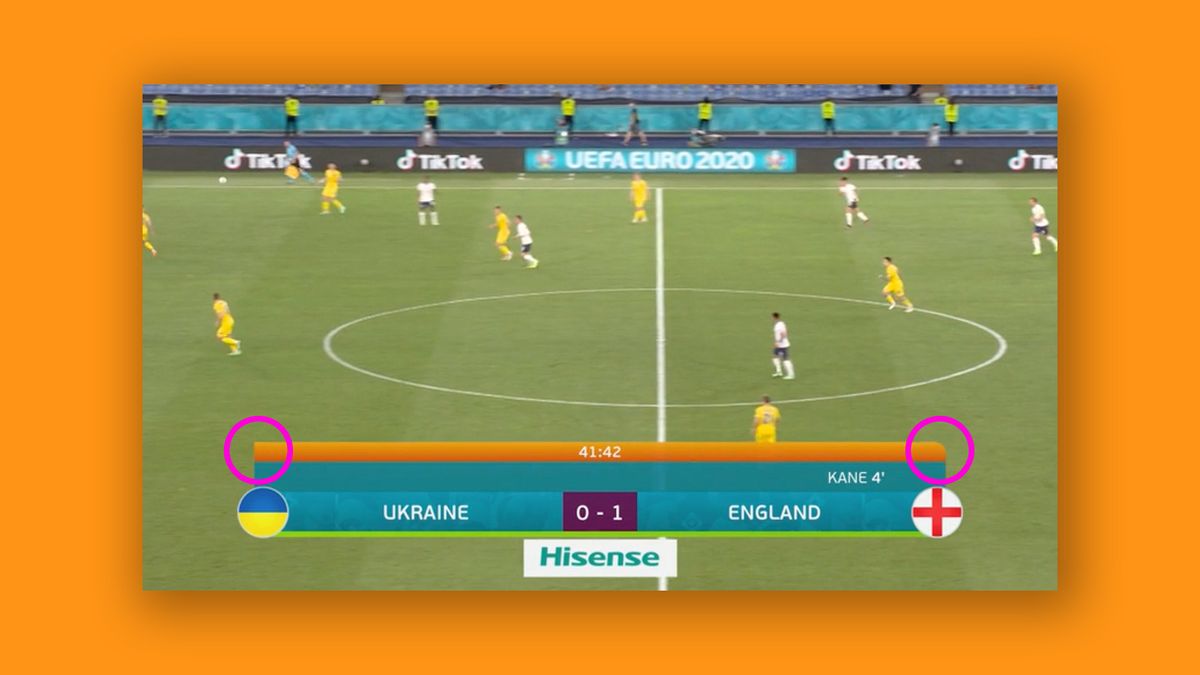 In case you hadn’t heard, there’s a football tournament on at the moment. The UEFA Euros are in full swing a year later than planned (thanks to you-know-what), and it seems everyone is relishing the ecstasy of watching people kick a ball after what’s been a rather challenging 15 months for all. Everyone, that is, except graphic designers.

One designer has spotted what looks like a niggling design fault in UEFA’s score/time bar at the bottom of the display – and once you see it, it can never be unseen. It might be the beautiful game, but the score interface is anything but. Perhaps the designers ought to take a look at our guide to the best graphic design tools.

I’m finding it increasingly more difficult watching the football because of this… Who the hell at Uefa approved one side of the orange bar being straight and the other being curved? pic.twitter.com/KUHcZ7hRBXJuly 7, 2021

Designer Matt Booth spotted that while one end of the orange bar is curved, the other is straight. It could well be intentional, although the mind boggles as to why – was someone unable to decide between straight and curved so decided to go for both? Or it could indeed be an accident. Either way, it’s the kind of thing graphic designers hate. No wonder Booth is struggling to watch.

Of course, many will greet the imperfection with a shrug – who cares, right? Designers care. We care. Is it the greatest design crime in history? Probably not (we reckon Apple still holds that crown), but look – the sides don’t match! They don’t match! One is curved and one is straight! Argh!

“Yes, the graphics are awful,” one designer replies. “Just confusing – who actually said – yep, that works?” And another adds, “Nooo, can’t unsee!”. ‘Sorry matey but if I have to suffer seeing this, everyone has to suffer,” Booth replies. Well, Matt, we suffering. We hope you’re happy.

From the world’s most offensive logo to these 12 epic design fails, we’ve seen no shortage of graphic design clangers over the years. Thankfully, football also comes with its fair share of brilliant designs too – you’ll find plenty of them among the best sports logos of all time.