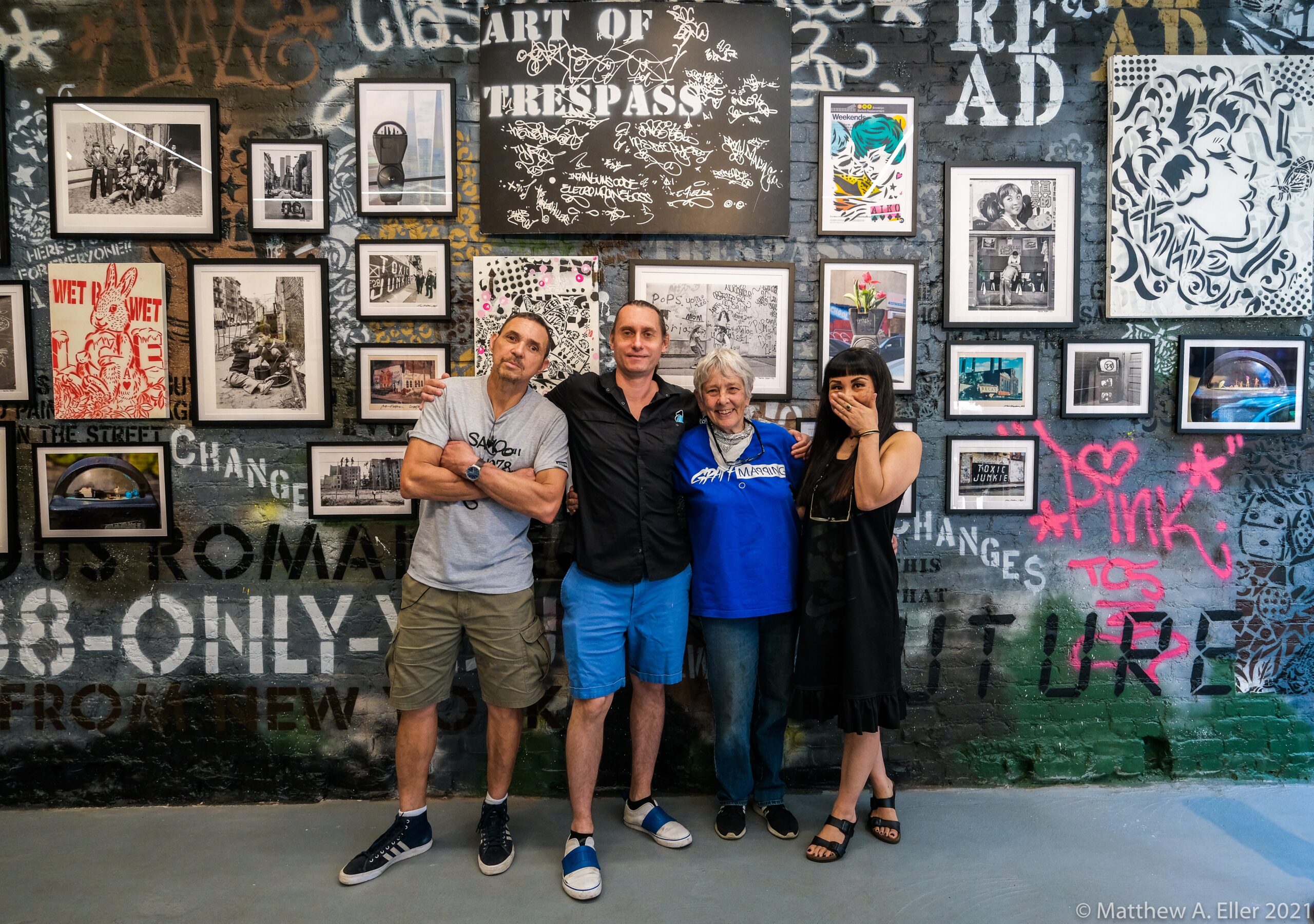 Trotter&Sholer is pleased to present #NYisOK: Our New York Times, an exhibition curated by AIKO. The show includes herself and her chosen legendary figures in the New York street art scene Martha Cooper, John Fekner, and undeniable scion Conrad Stojak. It is a love letter to the streets which serve as an inspiration, studio and oftentimes canvas to generations of New York City Street artists.  The exhibition is currently open to the public, but a very special Artist Party will be happening Thursday, July 8, 2021 5-8pm at the gallery. 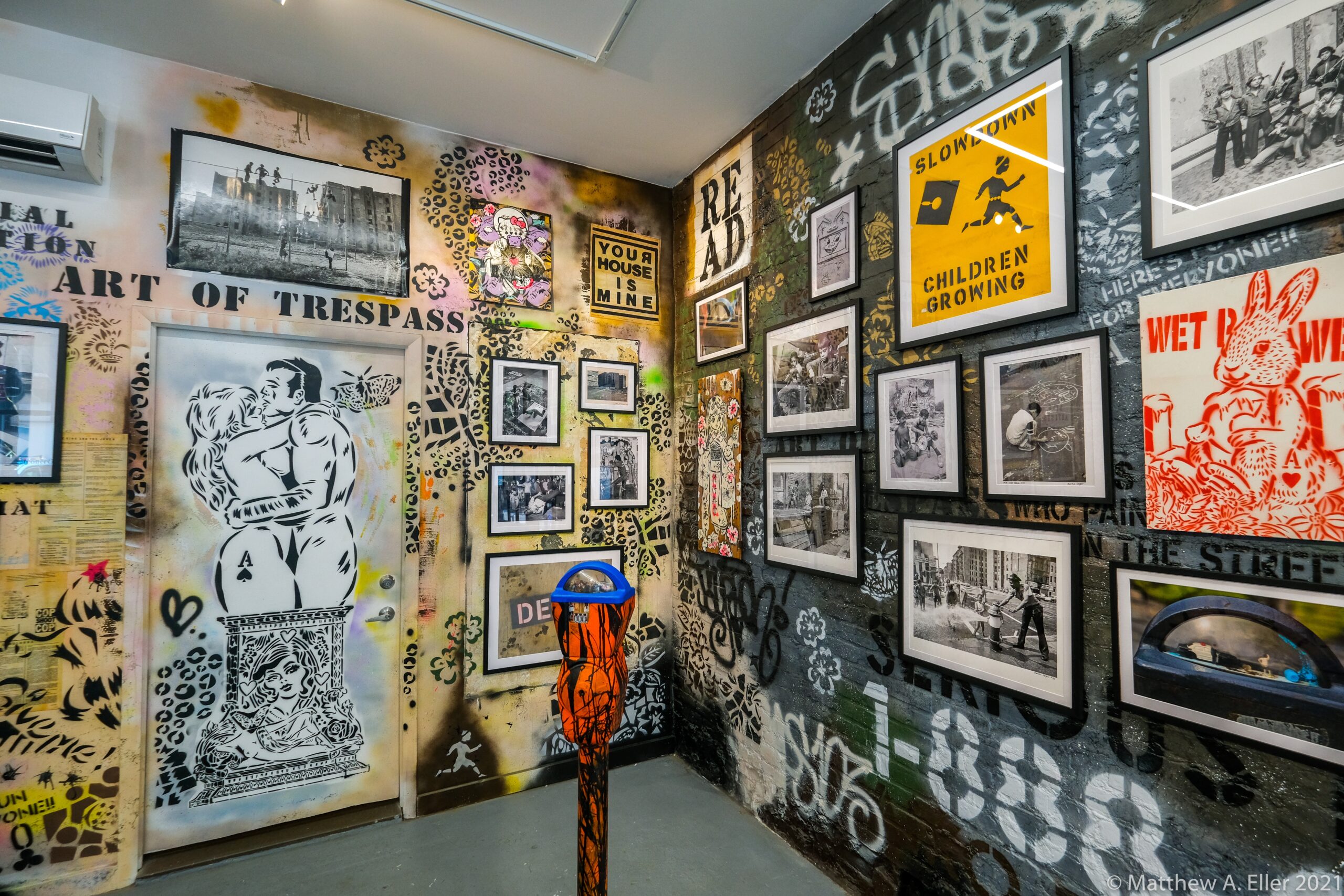 #NYisOK: Our New York Times is rooted in the history of the medium. It brings together artists from earlier generations with those who entered the scene later. The exhibition evokes nostalgia, including tags, ephemera, art, and posters of the many members of the street art community and friends of the curator. The exhibition also embraces the future of the genre. The artists exhibited are excited to share their work and histories with younger members of the community and remind collectors that graffiti street art is an important and meaningful mode of cultural communication and artistic expression. 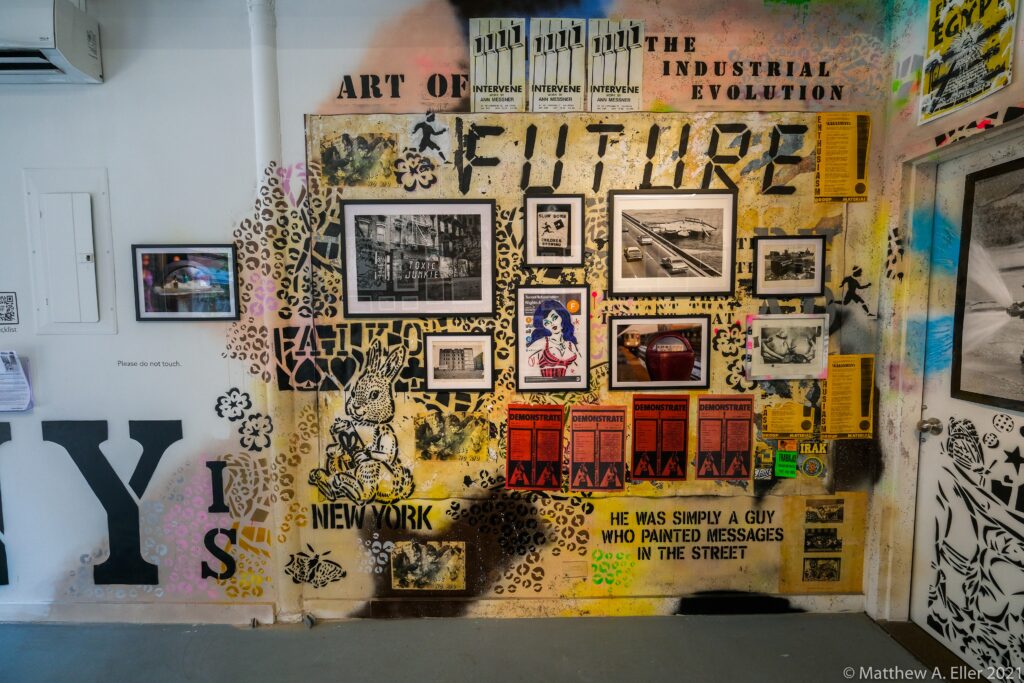 The exhibition follows in the tradition of Patti Astor’s legendary FUN Gallery, the first gallery in the East Village and the only one to introduce street and graffiti artists to the traditional art world, which was a radical move at the time. Astor did not differentiate be- tween genres, her dedication created her space that allowed these street artists to be taken seriously by the larger art world. In that spirit, Trotter&Sholer provided AIKO the space to create freely, bringing the essence of the city streets indoors. 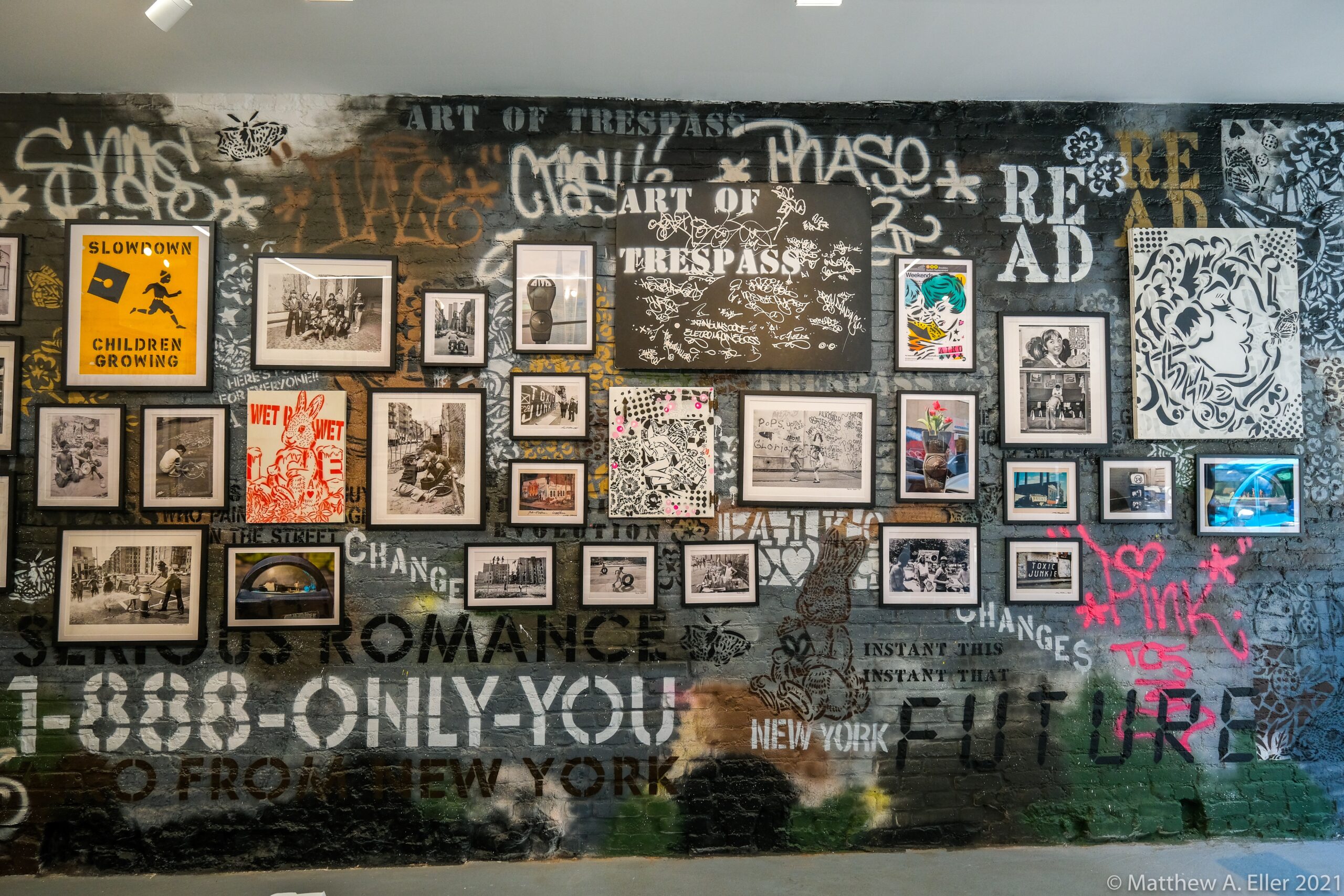 #NYisOK merges the documentation of street art and scenes of New York City with works by prominent artists whose work has historically interacted with the city scape.Martha Cooper began documenting and photographing graffiti and street art in the 1970s and 80s. Many of the works included in this exhibition capture scenes of daily life in the New York City streets, specifically in the Lower East Side. She influenced many artists and helped bring graffiti front and center. Cooper’s first book Subway Art is affectionately referred to as the “bible” by graffiti artists. Her work created mainstream legitimacy for graffiti and street art and allowed artists to share their work in the pre-social media era. 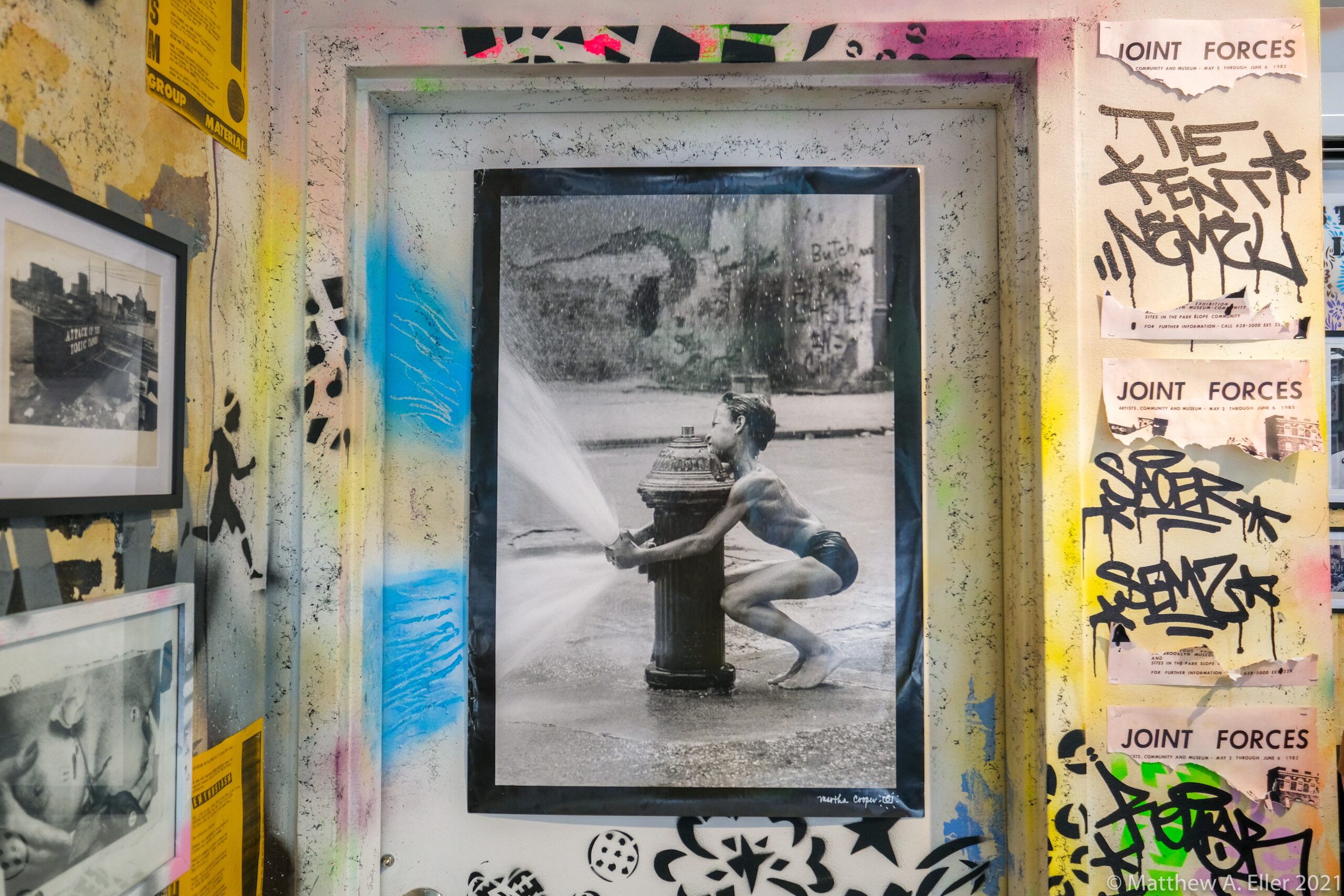 John Fekner is an unnamed rebel. With his stencils, he anonymously addressed issues relating to urban life and decay, pollution, indigenous concerns and media. His slogans interact with the city, providing a kind of narration or caption for the world around him. Starting in the late 60’s Fekner was a pioneer; his art predates all other street writers. 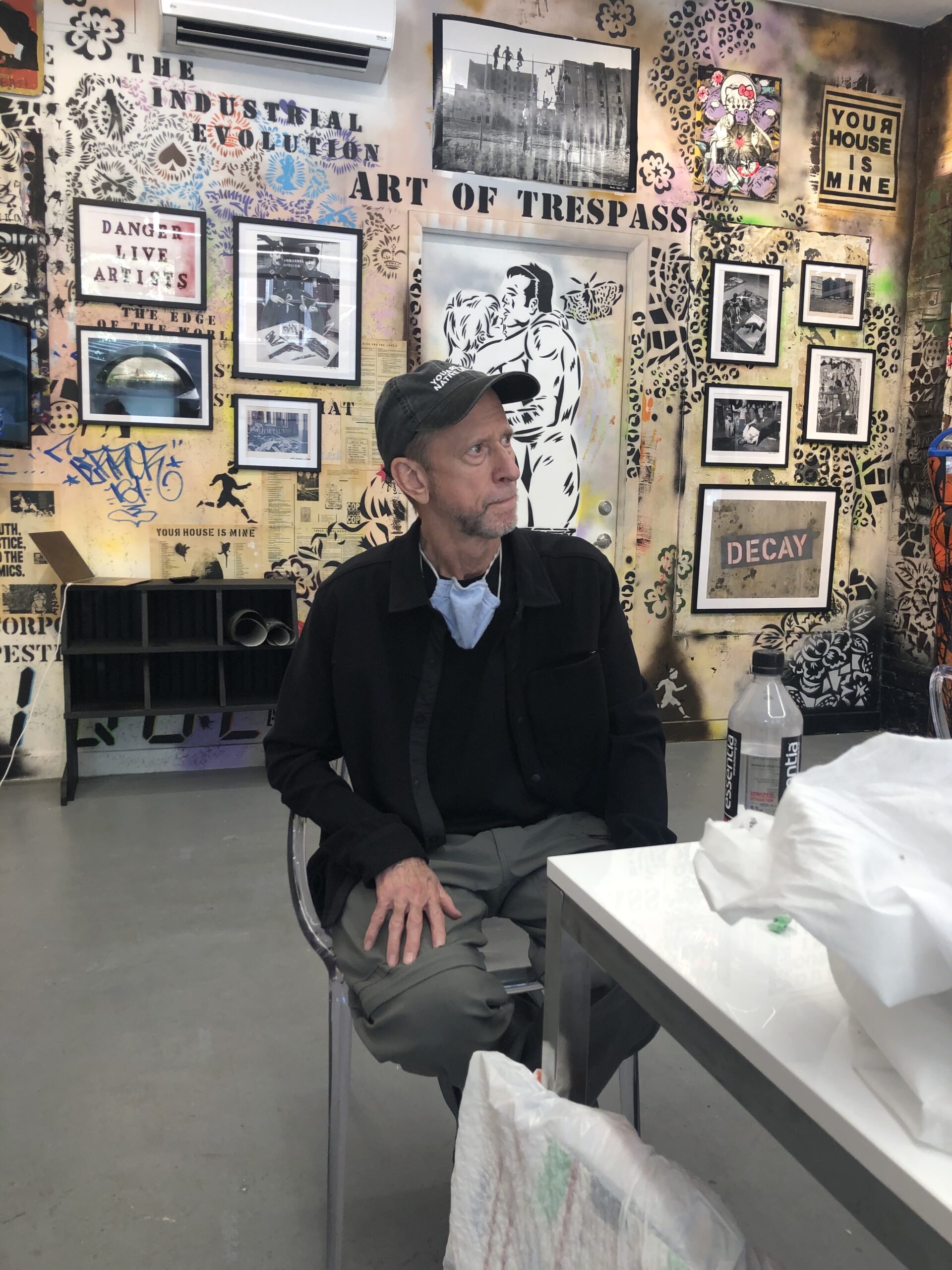 AIKO is one of the most influential street artists over the last 20 years. Her iconic hand-cut stencil works of bunnies, sexy butterfly women and romantic lovers can be found in cities around the globe. Her style, which blends Japanese and Western qualities is be- loved and respected worldwide. She is one of the founders of the street art collective, FAILE and began painting on the Lower East Side during the early days of Bast, Banksy and Shepard Fairy, who have gone on to become household names. 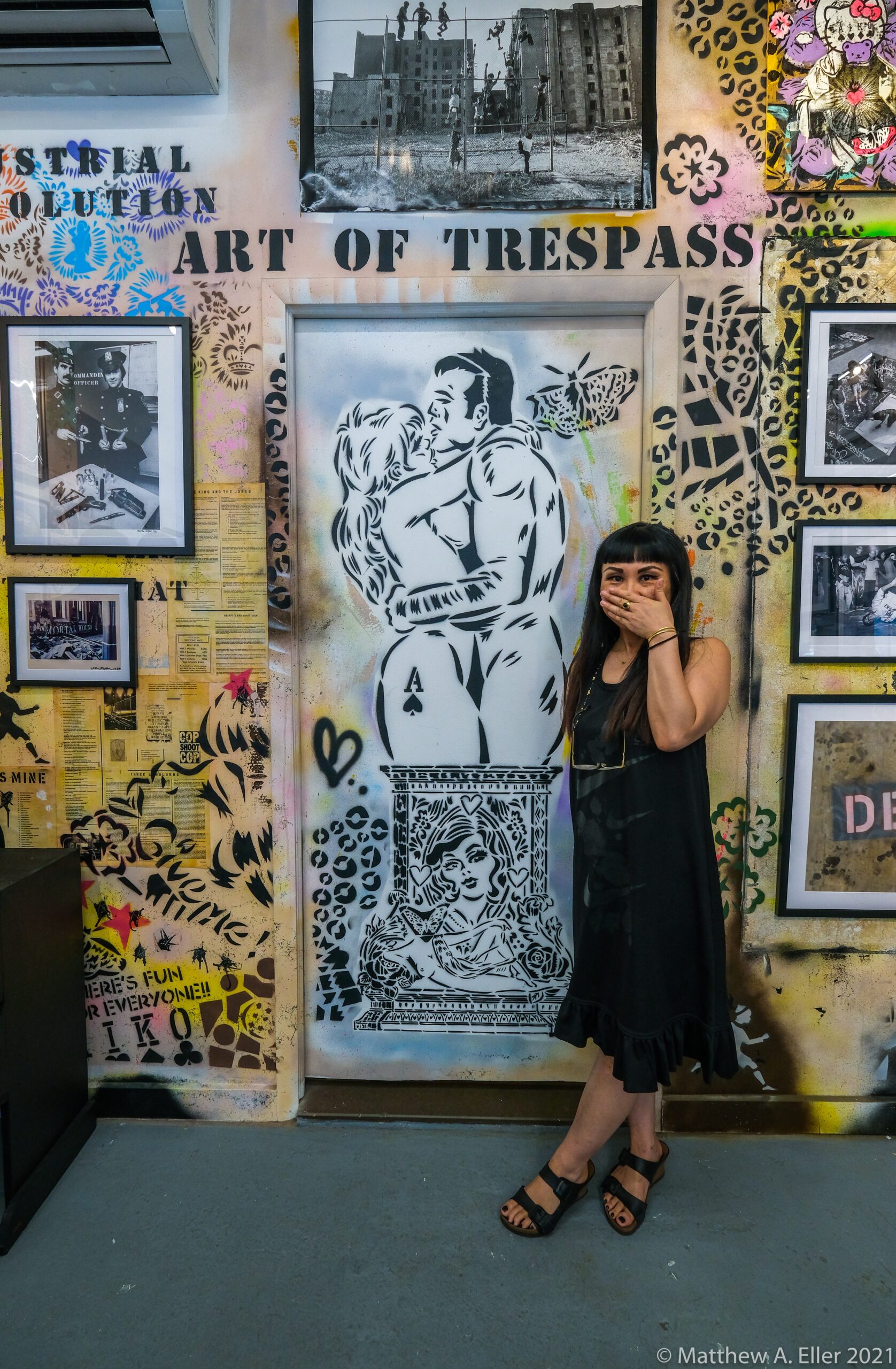 Conrad Stojak’s works take familiar street objects, like the parking meter and bring them inside transforming them into objects of art. In each of the parking meters, Stojak creates whimsical vignettes that allude to the magic of city life. He elevates the drabness of urban municipality and makes it beautiful. 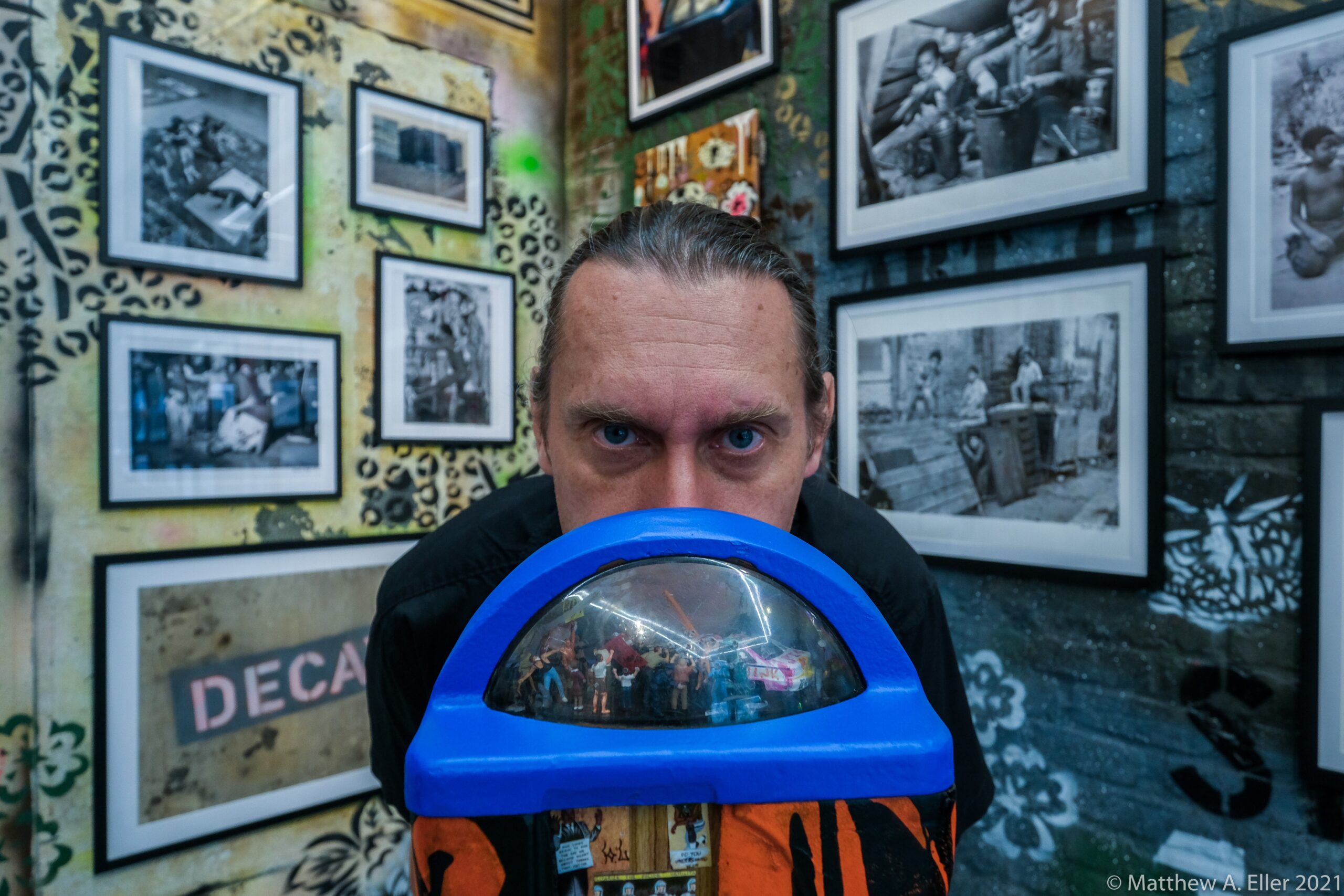 As AIKO and Stojak work in the wake of their predecessors, Cooper and Fekner, there is a kind of artistic lineage created. There is an awareness that those who come next will build the scene of the future. Their works remind us how lucky we are to be in this electric city. #NYisOK: Our New York Times will be on view at 168 Suffolk Street.

UPDATE: The exhibition has been extended through August 14, 2021. 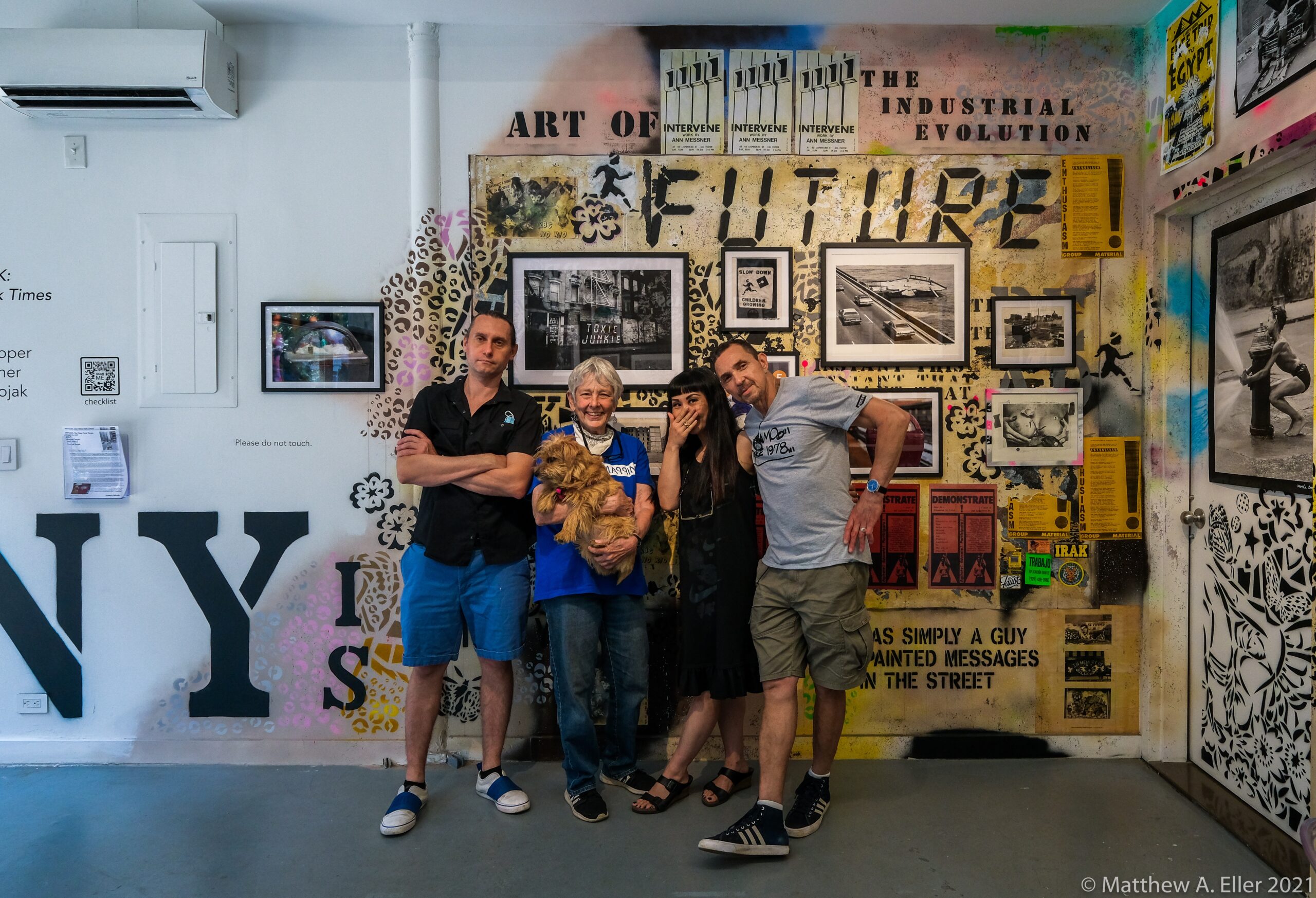 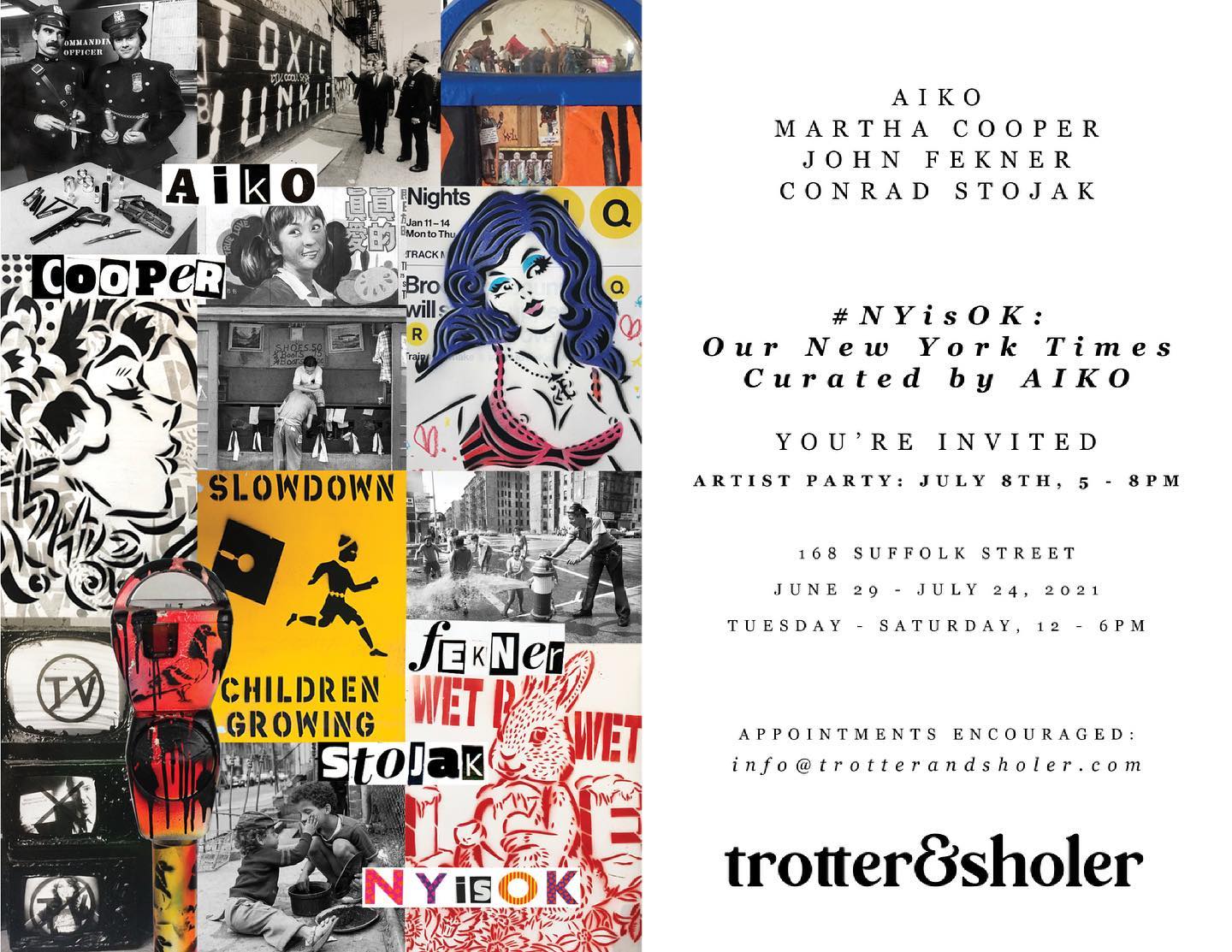