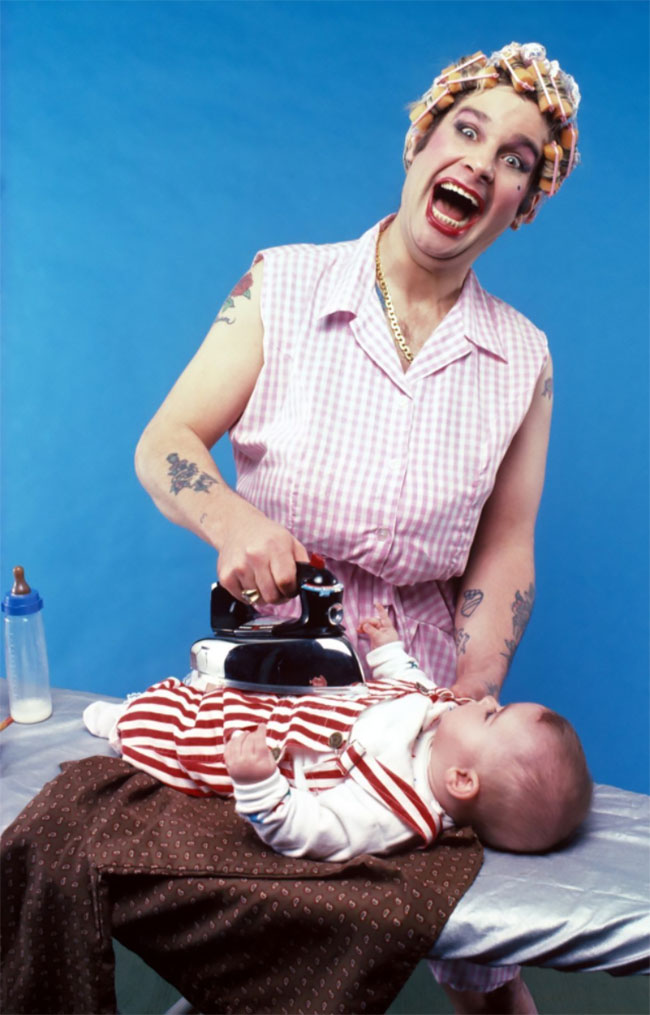 Ozzy Osbourne ironing a baby in 1983 as photographed by Mark Weiss. Weiss was a photographer for Circus Magazine beginning in the late 1970s where he began photographing Rock music’s legends. He has photographed many popular album covers including several for Bon Jovi. 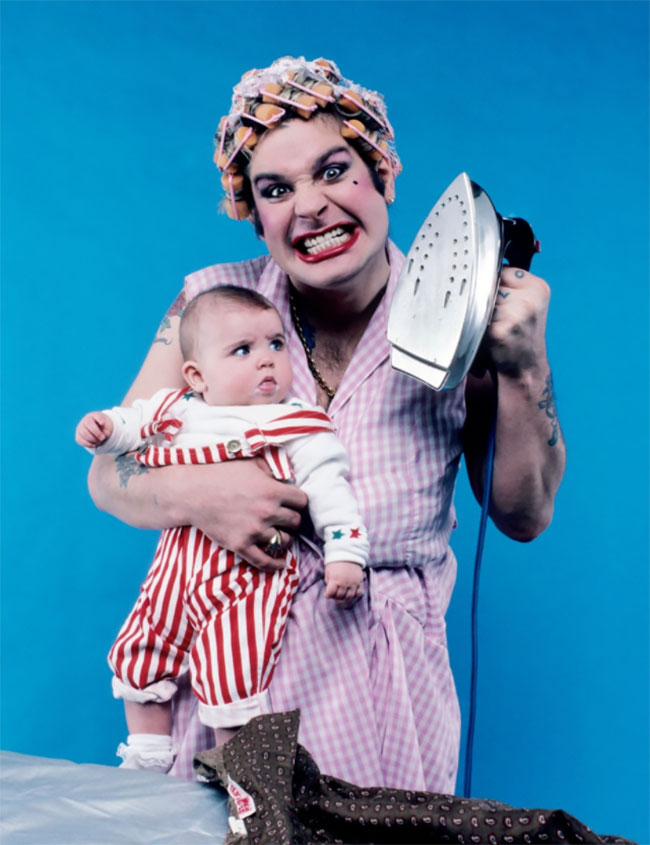 “That’s Ozzy with his daughter, Aimee, in 1984,” Weiss told The Rolling Stone. “That was a play off of his album, Diary of a Madman. It was for a Mother’s Day issue [of Faces magazine]. The idea was to dress him up like a mad housewife, you know, Diary of a Madman/Diary of a Mad Housewife. 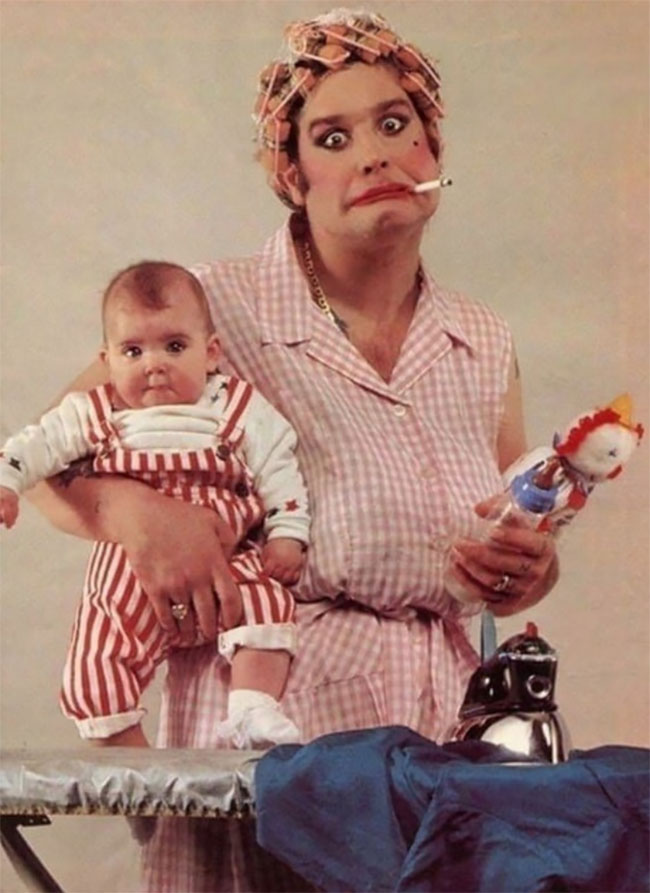 “Aimee came in at the end of the shoot, and I said, “We have to throw her into the shot.” There are actually some photos of him ironing Aimee, too. And after it came out, people were like, “How could you do that?” I was like, “We didn’t do that. It was a prop. The kid is OK.” But me and Ozzy got a lot of attention for a lot of photo shoots we did.” 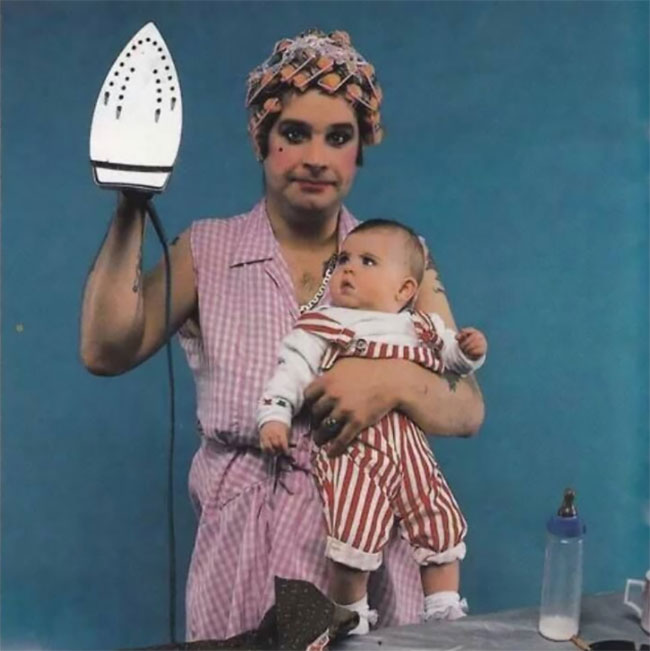