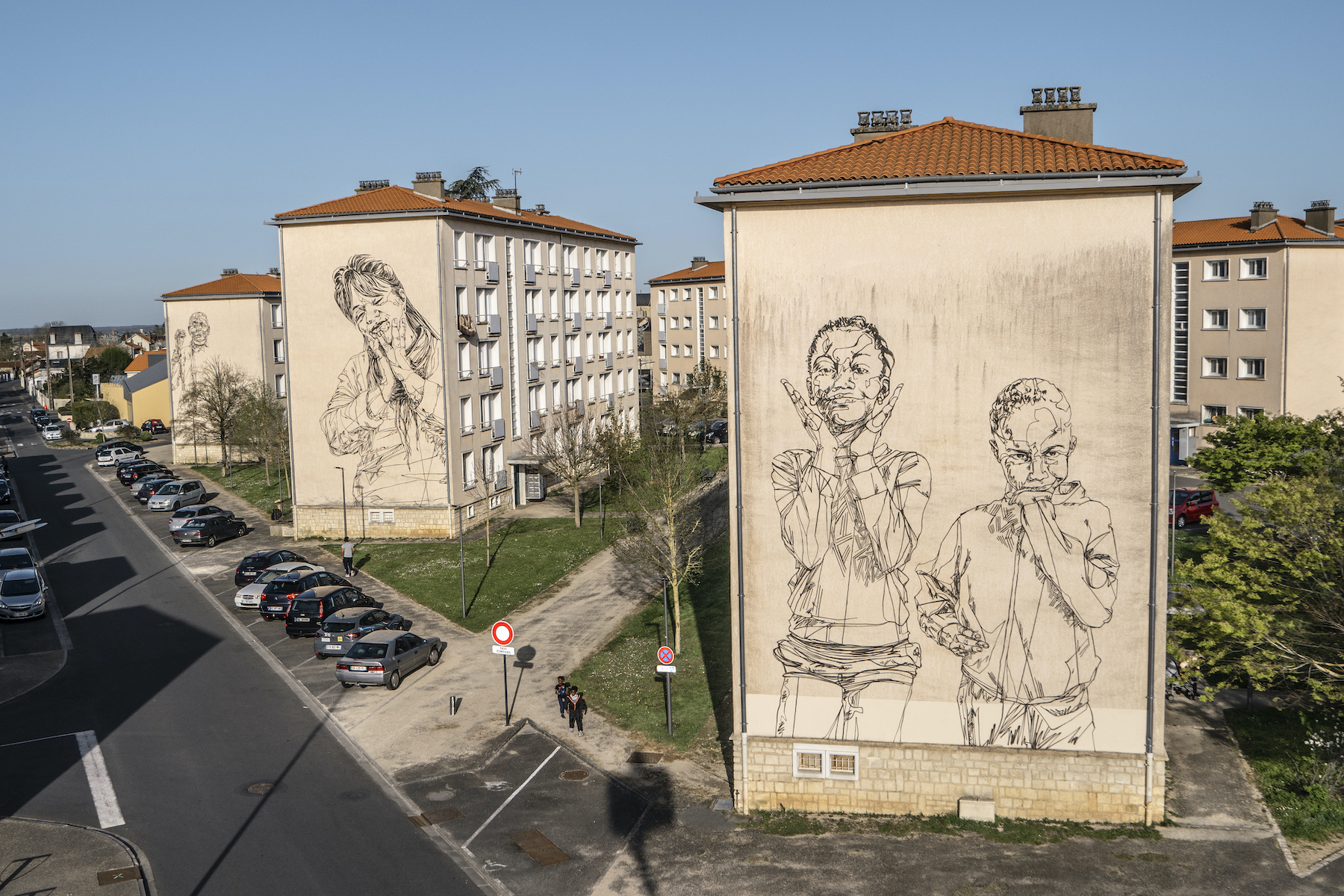 Belair, Poitiers is a  suburban neighborhood in a city province of 90,000 inhabitants — building bars backing onto the airport, immaculate facades, an underprivileged population. The neighborhood is a key player in this region, creator of social links, cultural agitator and driving force of the daily life of the residents. 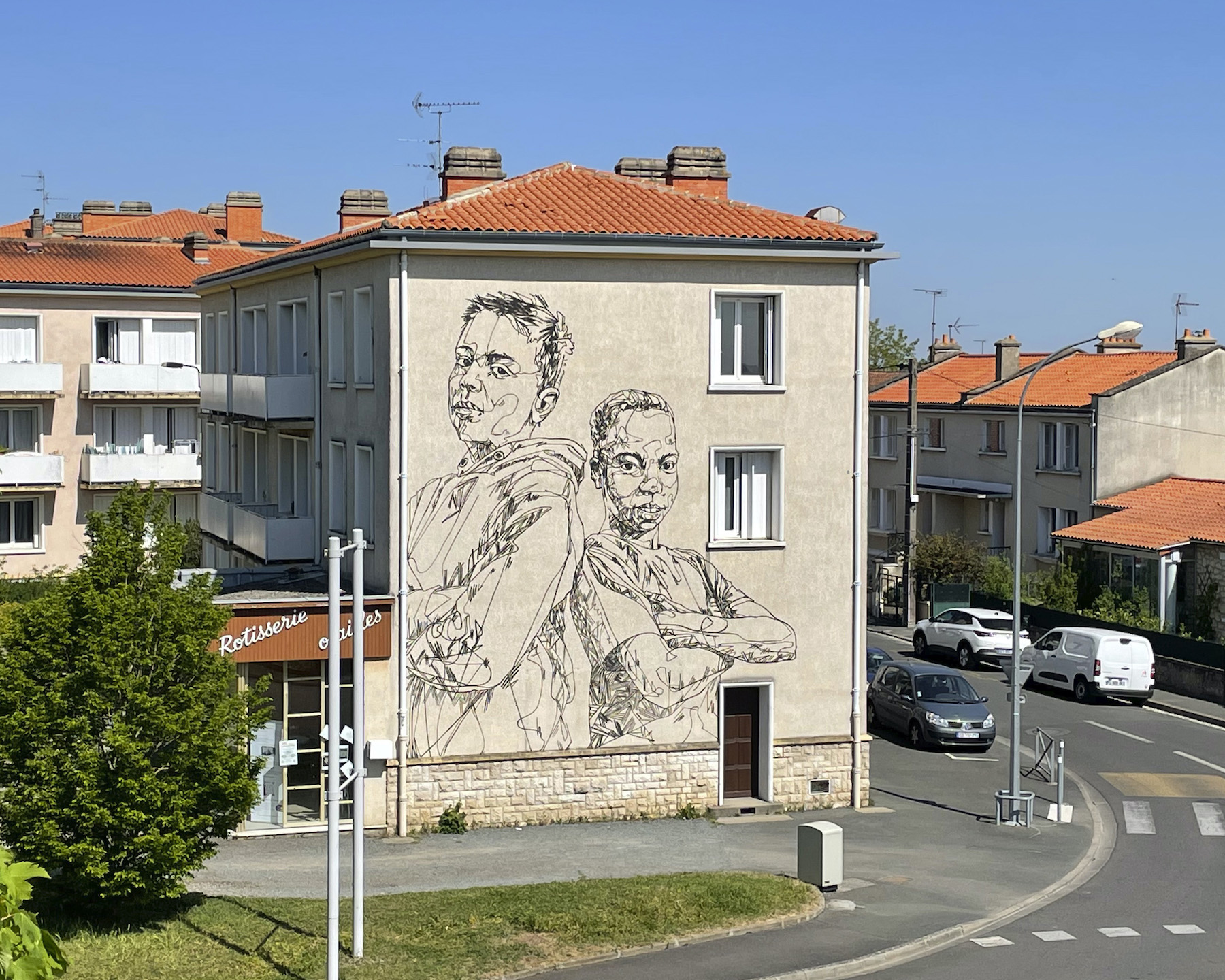 The subjects of the portraits in this project were chosen by the inhabitants themselves. With the support of the team from the social center, which knows the neighborhood well, the residents were asked to vote for those whose portrait they would like to see on their walls. In the end, about fifteen inhabitants were picked with a range of ages, genders and of origins. 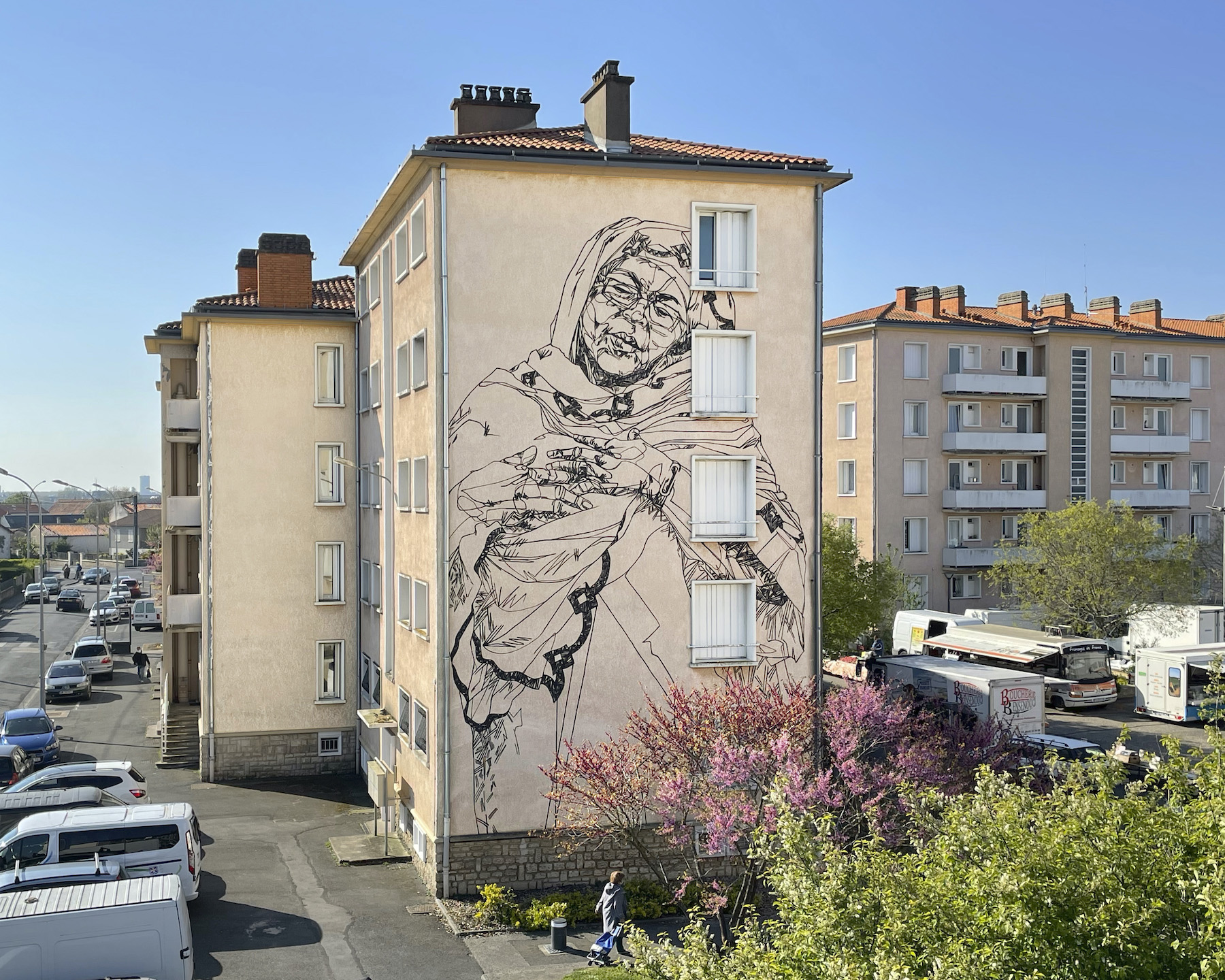 During the photoshoot, the models were captured on the spot by photographer Mugur Enea. The residents conveyed their characters through different expressions – sweet, loving, combative, proud, happy… Some of the residents over 80 years old participated in their first shoot. Odette, aged 85, even asked the team to play her some music because she wanted to dance. 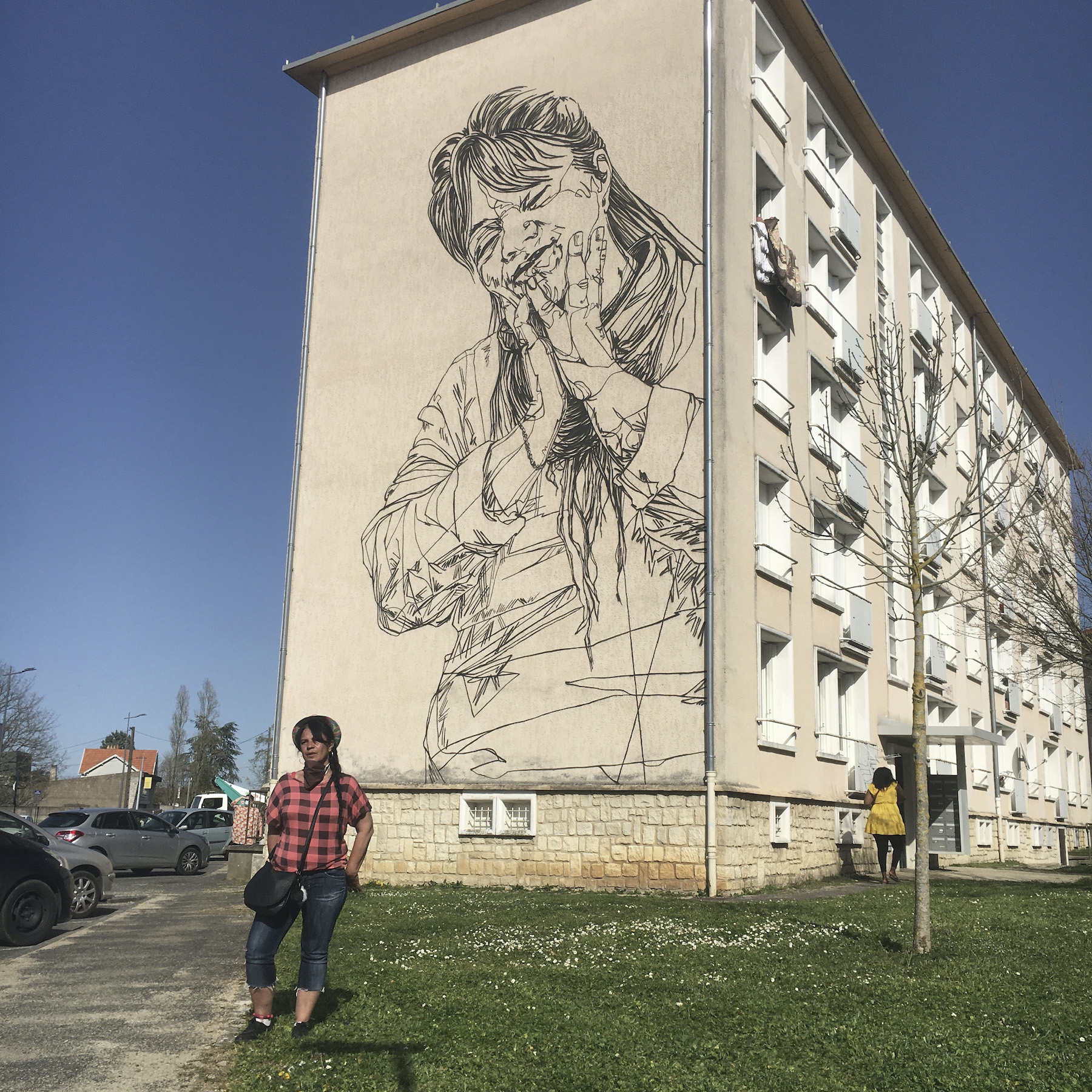 Mahn dives back into this photographic material to conceptualize and work on his murals with graphite mine. The portraits were done with strong freehand lines.

Mahn Kloix originally began painting in urban spaces in New York City. Heavily influenced by the street art scene, Kloix’s contemporary fluid and free figuration is also expressed on canvas and paper. He pays tribute to young protesters in Istanbul, Tunisia, and Athens by conveying their similarities in his works. Their portraits are a leitmotif to highlight human and environmental struggles.

Between a communist grandfather and parents who were staunch, active union members, Mahn Kloix grew up in a family of activists, motivated by the major combats of the social Left. Despite the card-carrying activism hovering over his head, the young man himself would choose a path where there was no party, but just as much commitment — artistic creation. 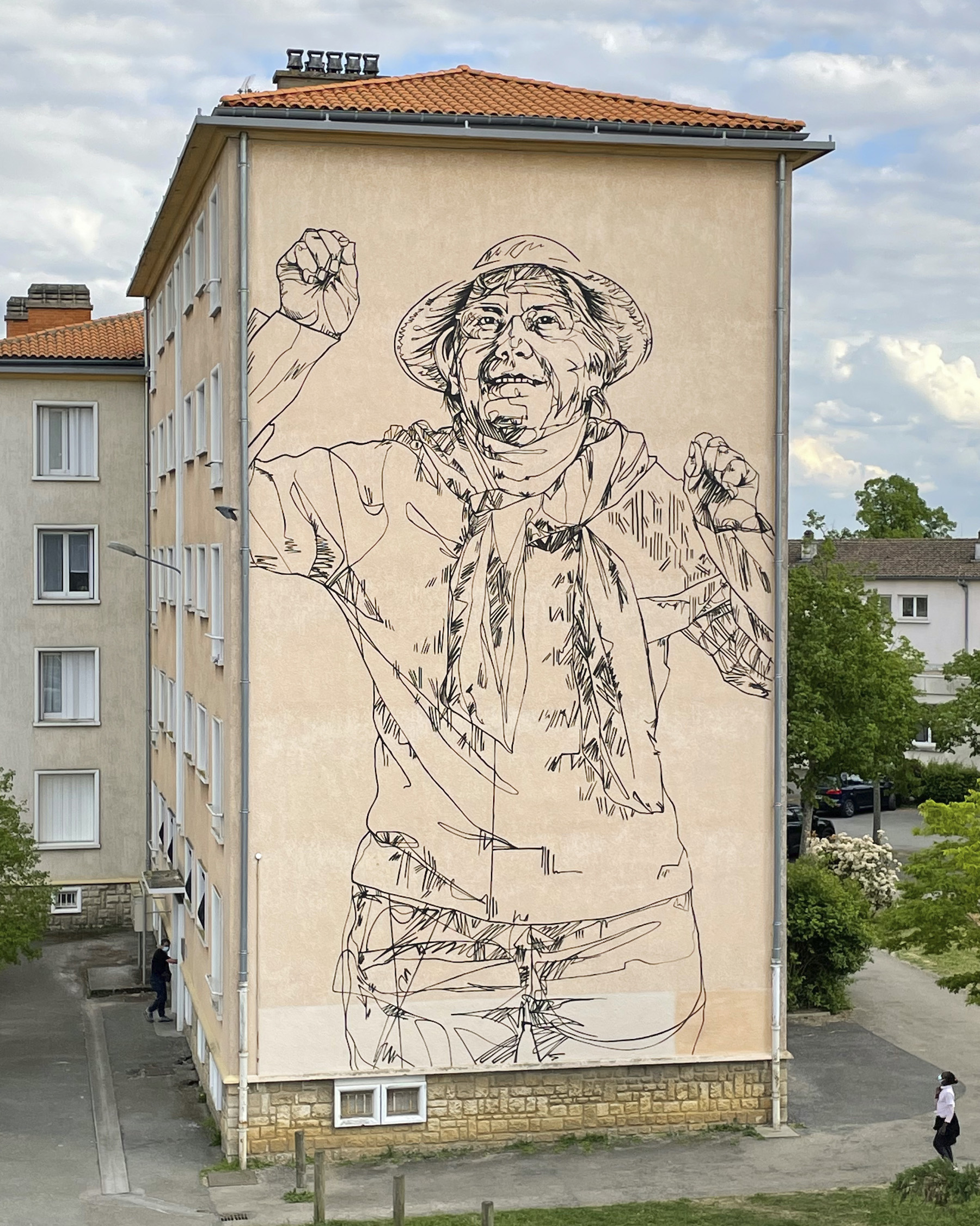 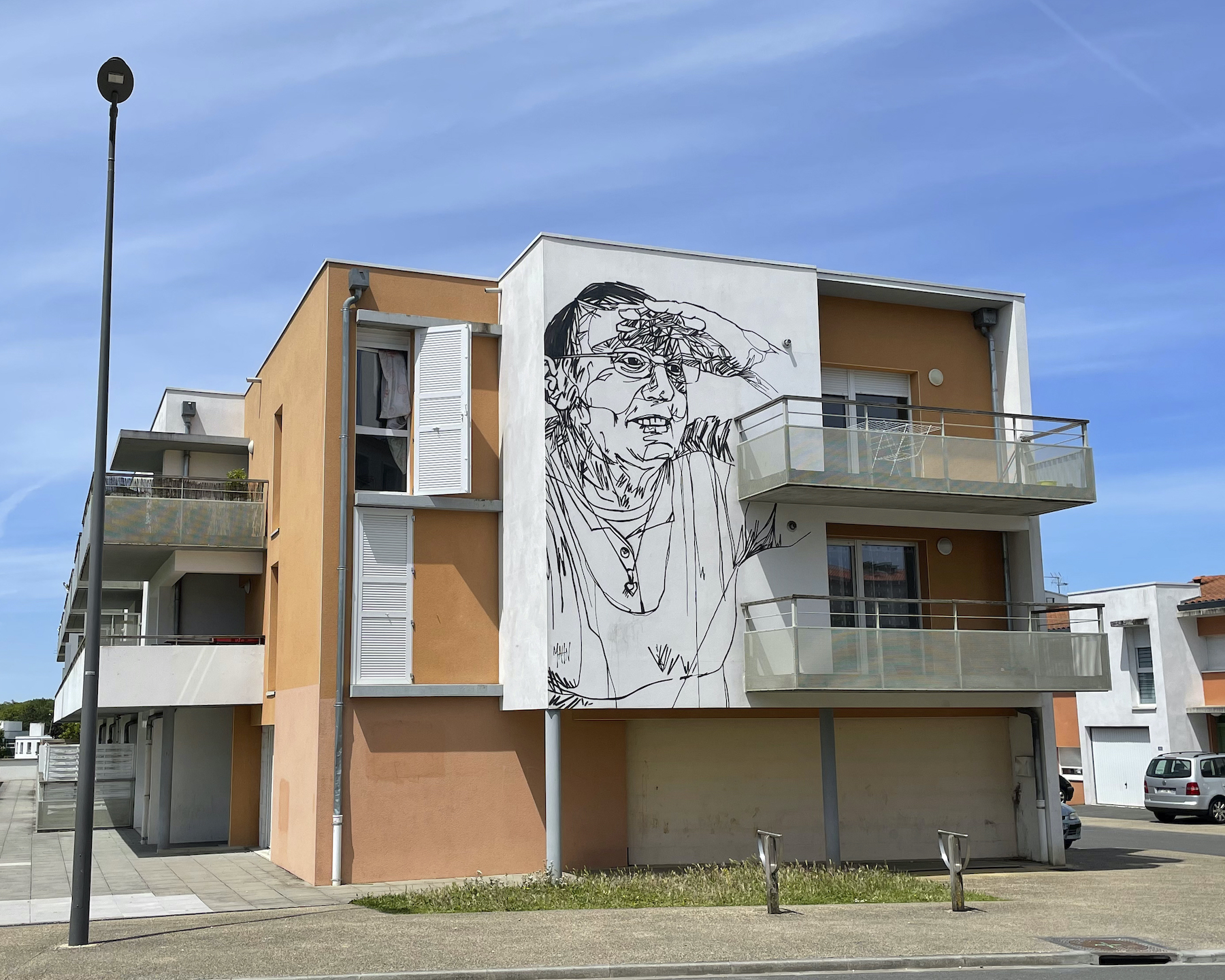 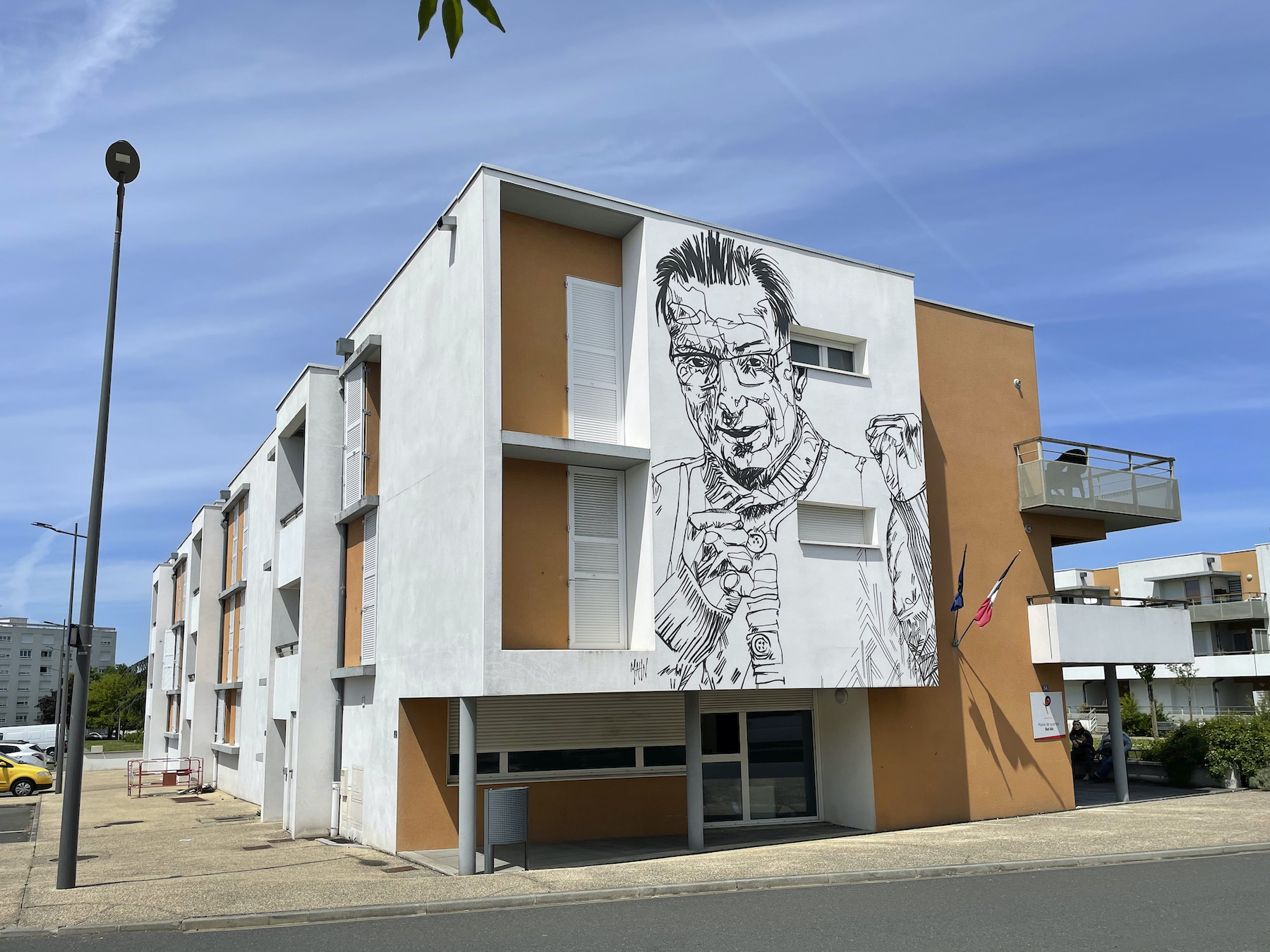 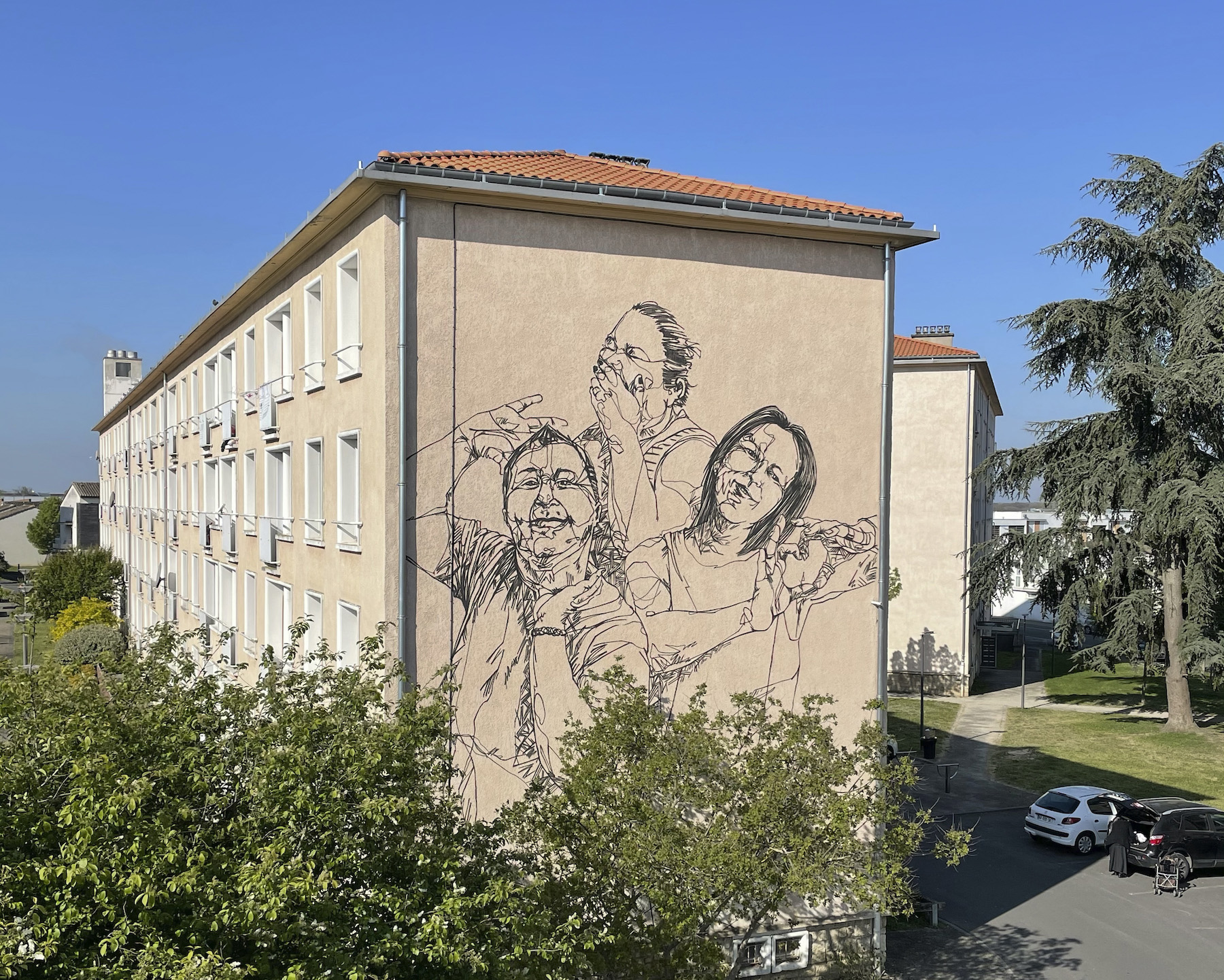 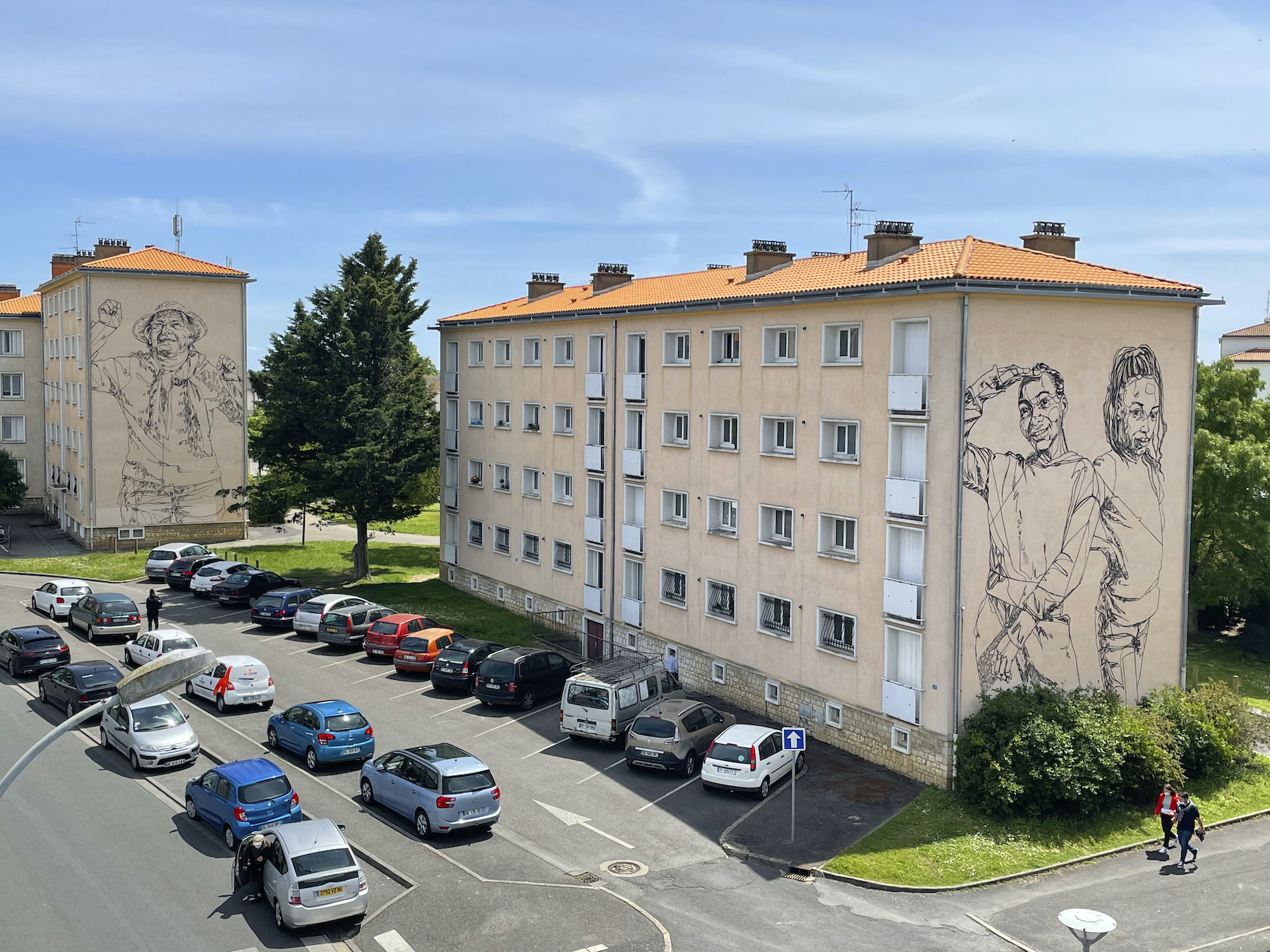 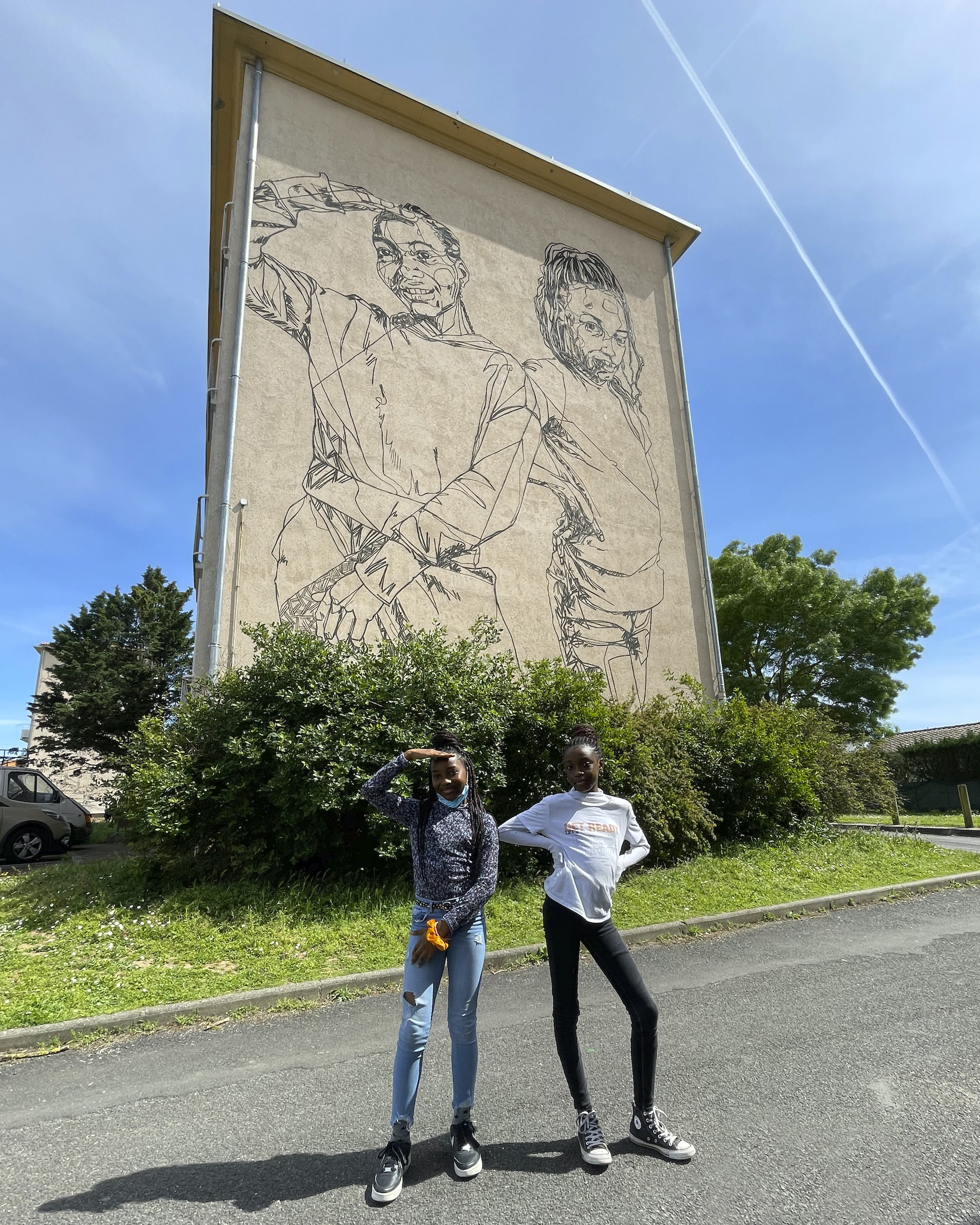 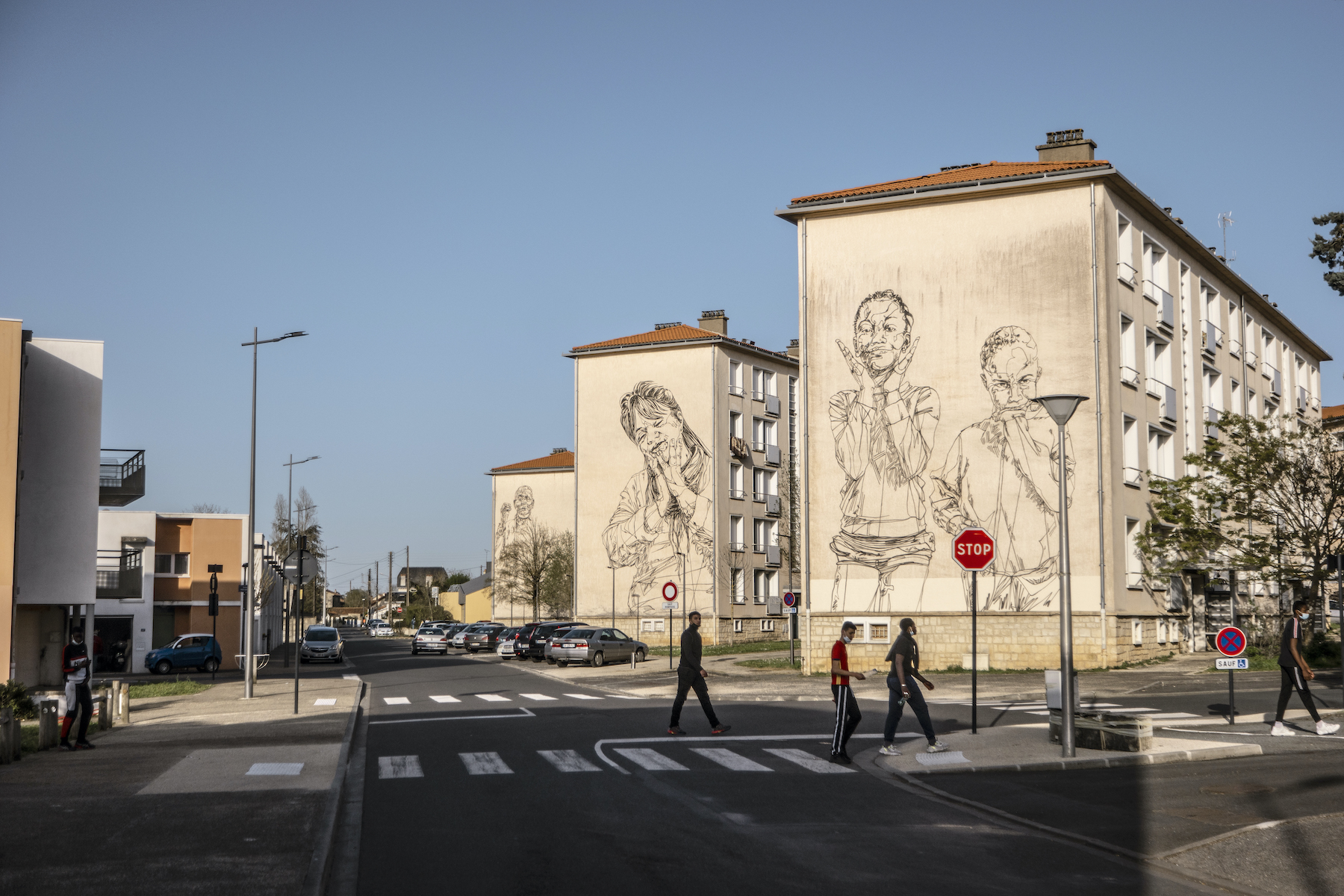 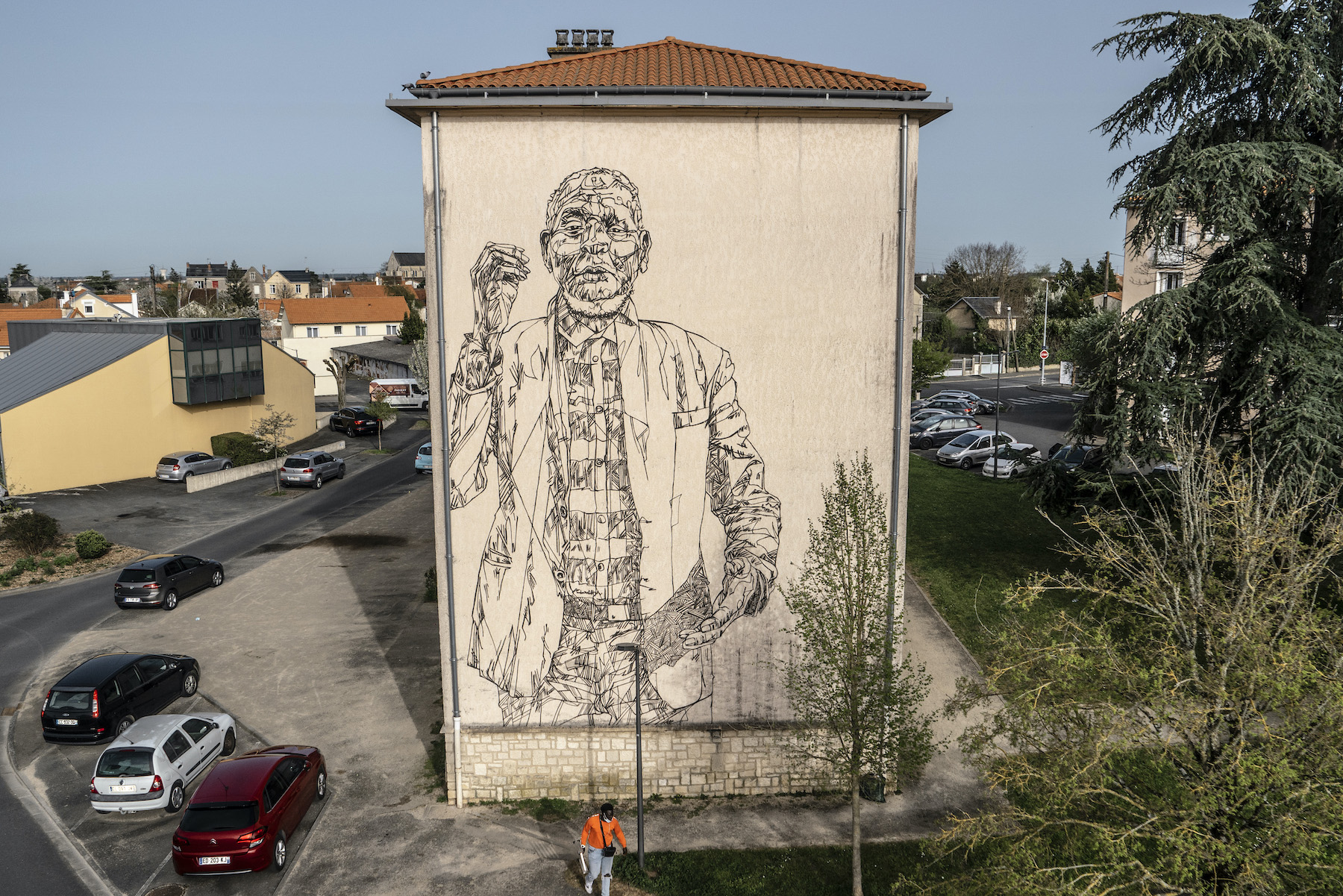