AMP LEQS Is A FREE Channel Strip Plugin By Produce-RNB 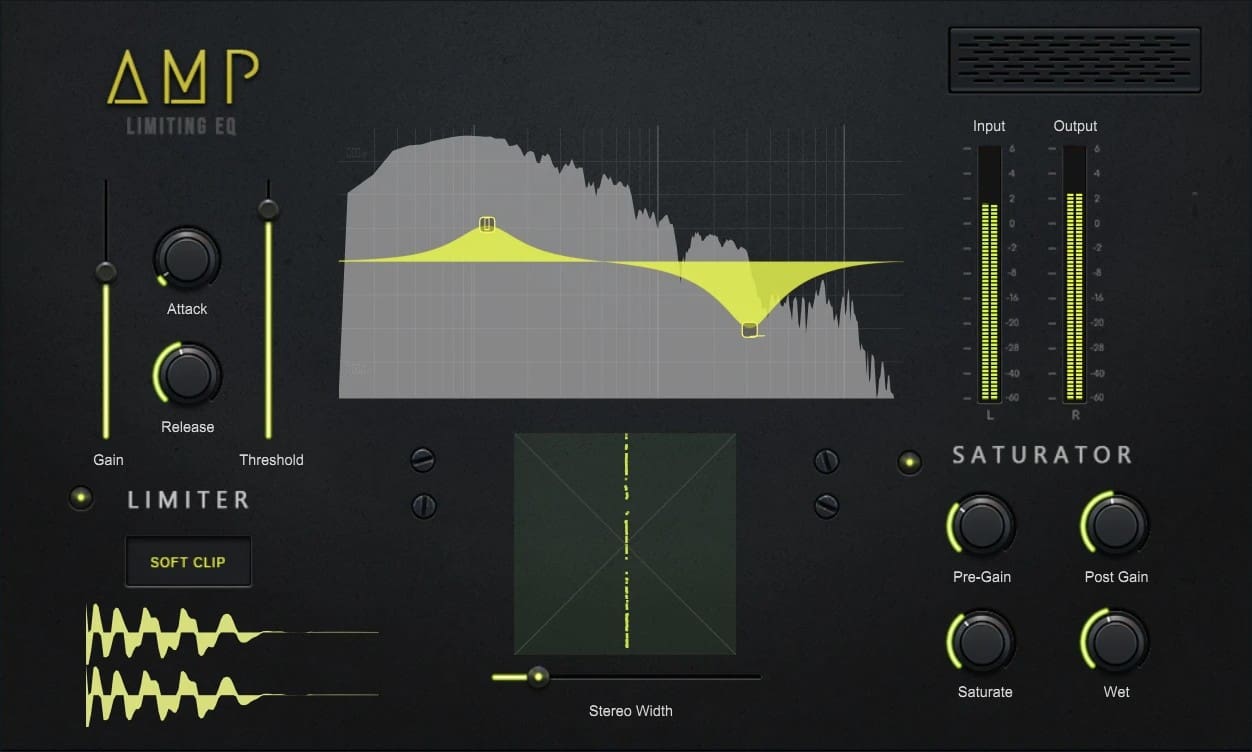 Produce-RNB releases AMP LEQS, a freeware soft clipper effect with built-in limiting, EQ, and saturation. The software is available in VST and AU plugin formats for Windows and macOS.

Distortion is typically seen as harsh and aggressive. Saturation, on the other hand, is regarded as warm, gentle, colorful. It’s the “je ne sais quoi” of the music production world. Why is that?

It’s all about the soft clipping.

Soft clipping isn’t unlike regular clipping – the one that turns your waveform into a brick – but it’s set to round out the edges, so it doesn’t sound as harsh.

That’s cool for emulating analog stuff, but it also serves another purpose. Soft clipping is great at making things sound louder and pop out more without turning up the volume or doing any additional post-processing. At the same time, it doesn’t sound harsh like digital clipping.

Quite a few cool free soft clippers are available out there, but most of them are a bit basic. You can typically add some gain, adjust the clipping curve, and that’s all.

This is exactly what makes AMP LEQS worth checking out.

AMP LEQS is more of a multi-effect than a clipper. It’s an EQ, a limiter with soft clipping capabilities, a saturator, and a stereo widener – all in one.

I’m a big fan of VST plugins that pack a lot of different stuff in one place (unlike our editor Tomislav who prefers simple plugins). But even by that metric, AMP LEQS packs surprisingly many useful features into a single audio tool. And it’s free!

Its creator, Produce-RNB, specifically claims that the plugin is meant to be used for drums. Here’s a quote from their website:

“AMP is our new effect plugin designed specifically as a tool to quickly make drum sounds punchier, more present, and more demanding in a mix. AMP is also a great all-around tool for individual instrument sounds when it comes to making them sound louder and more interesting without over processing or clipping.”

On the other hand, AMP LEQS is what I would call a “channel strip.” And it’s seemingly a pretty good one. The controls are simple, everything is clear with a lot of visual feedback, and the GUI is super clean and compact.

Really, this seems to be a big score for the freeware community – hats off to Produce-RNB for offering something so cool and complete for free. We’re looking to reading your thoughts on AMP in the comments section below.

AMP LEQS is available for free download via Produce-RNB. You will need to complete a free checkout process before downloading (requires a valid email address).