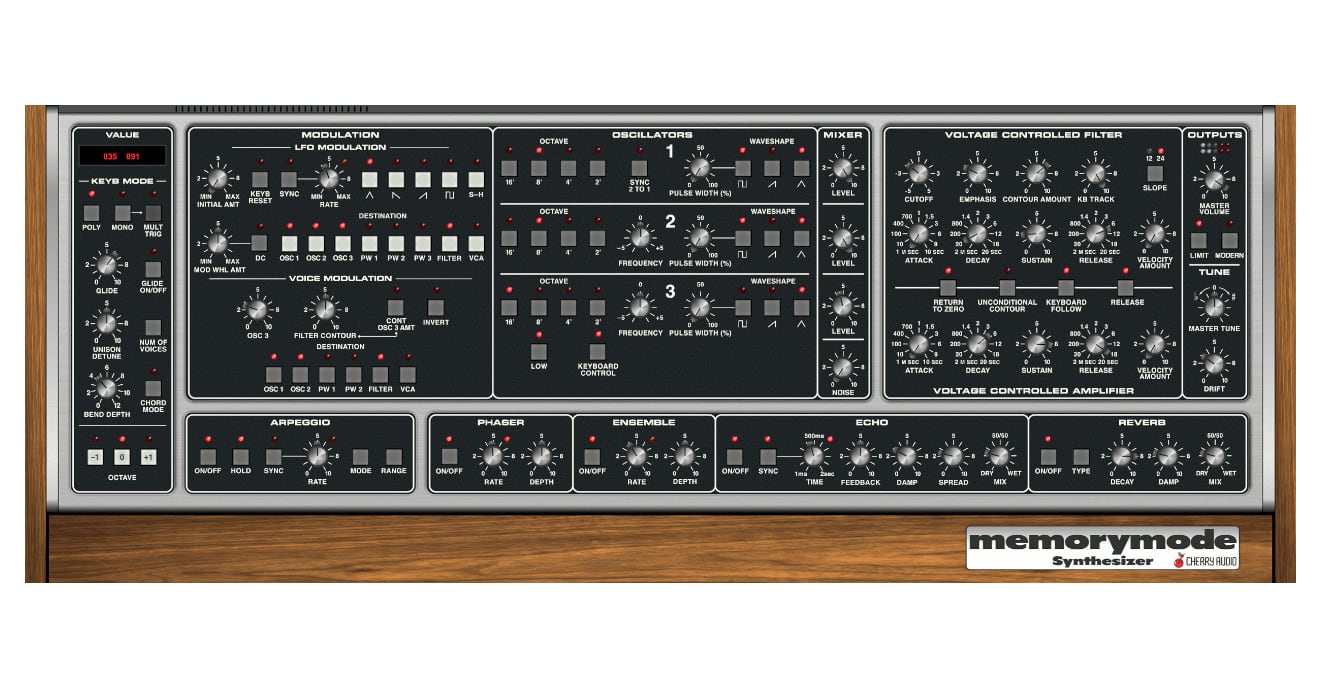 Cherry Audio today introduced Memorymode, a new software synthesizer for Mac & Windows, based on one of the very best-sounding polyphonic analog synthesizers of the 80s – the Moog Memorymoog.

Memorymode was modeled upon a vintage Memorymoog that was originally owned by jazz legend Chick Corea. The developers say that Memorymode “expands upon the original, without compromising any of the sound or functionality that made it great”, adding new synthesis features, greater polyphony, adjustable ‘slop’, MPE support and more.

Cherry Audio has updated the original design with a variety of features:

Memorymode is available now with an intro price of $39, normally $59.

Is The Teenage Engineering OB-4 Magic Radio ‘The Future Of Synths’?