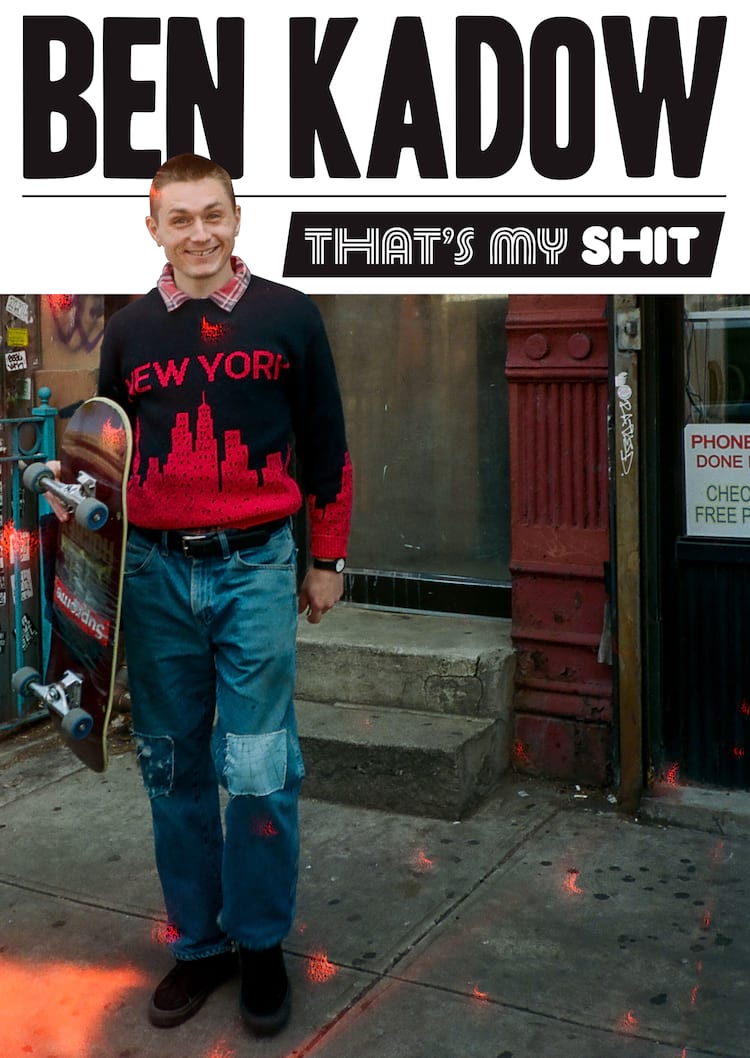 Not doing another interview. Now that’s my shit. Nobody really wants to read about my thoughts on skating or what my motive for filming this latest video part was, and I certainly didn’t feel like talking about all of that, so it’s cool I can do this instead! Thanks, Thrasher. —Ben Kadow

Who cares about his motives, just appreciate Ben’s newest offering for Hockey 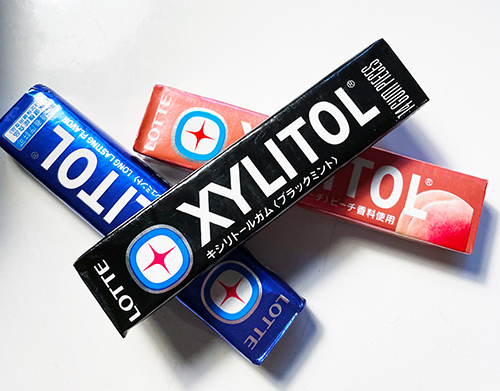 XYLITOL
I’ve recently developed a gum-chewing habit, mainly out of boredom. Xylitol is my favorite gum I’ve encountered thus far. I get it at H-Mart on 3rd Ave. I also like how serious it looks. It makes you feel like you’re doing something cool but really you’re just chewin’ gum. 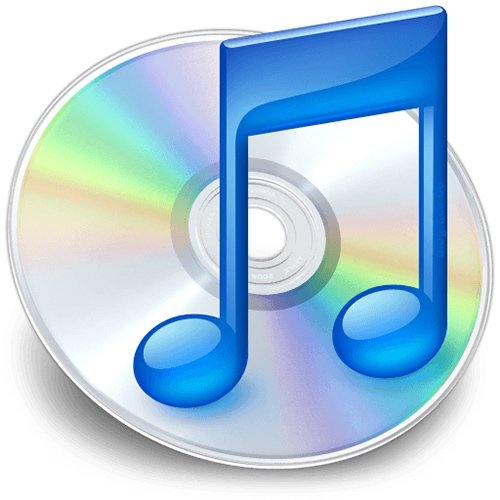 DIGITAL MUSIC LIBRARY
I love buying records but my music downloading obsession dates back to when I was a lil’ kid. If I don’t have new music to listen to on a weekly basis I do not function properly. Blog links are becoming extinct so now I pretty much just use Soulseek or buy off Bandcamp if it’s an album that isn’t 20 years old. Streaming services just don’t do it for my ass—I need the dang files! My playlists go crazy. 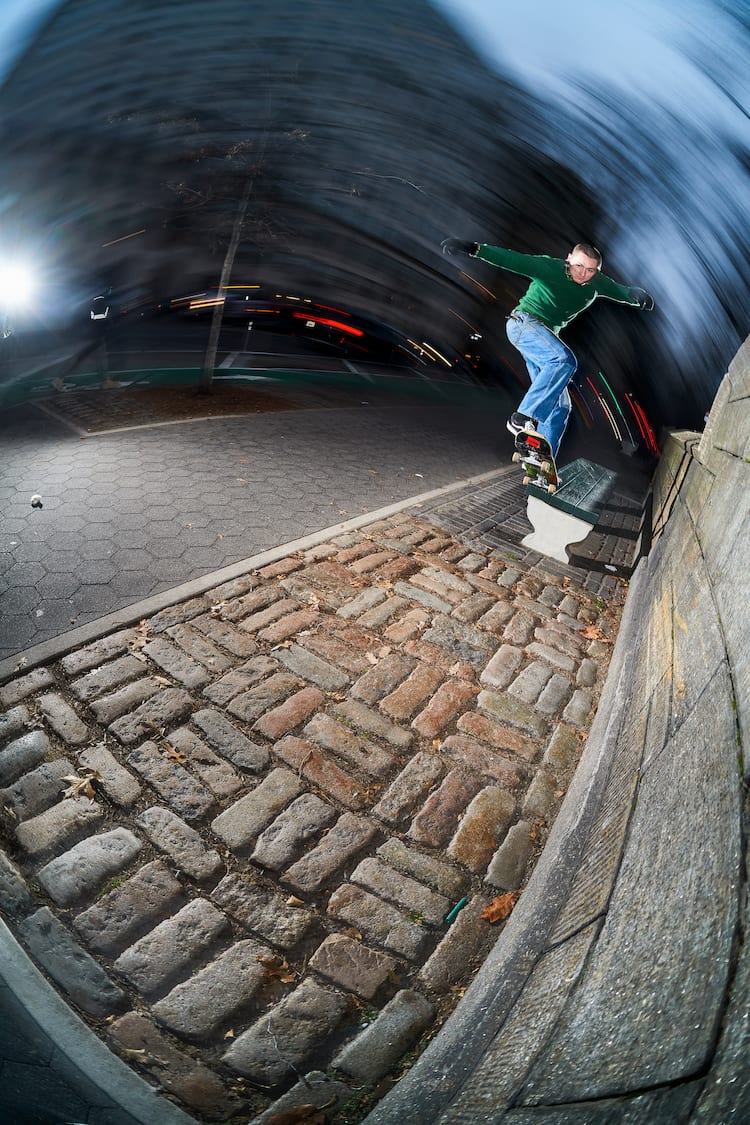 Grind to ollie over the remnants of rougher days      Photo: Colen 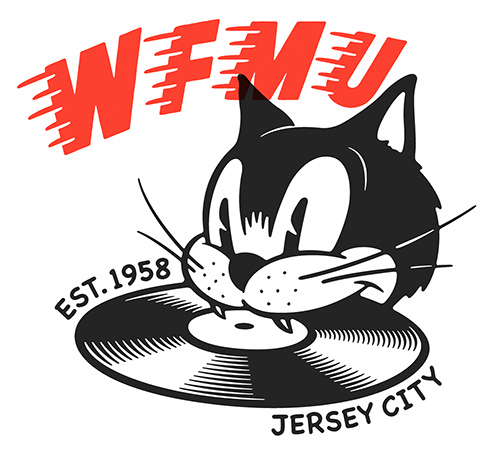 WFMU
WFMU is an independent radio station out of Jersey. I’ve found a lot of great music from this; it’s always on in my apartment. If you don’t have a radio or live in the area, you can listen on their website (wfmu.org), where they also have archives of all their different shows. 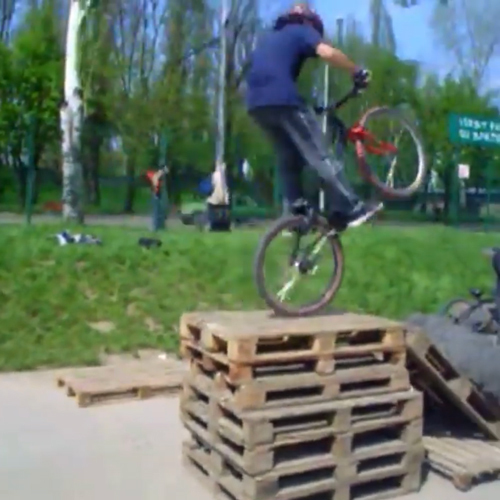 ED FISHER’S INSTAGRAM
Instagram is only cool because my friend Ed Fisher (@clipsonmyipod) is a genius maniac.

Catchin’ every inch of the rail, ollie over to Smith 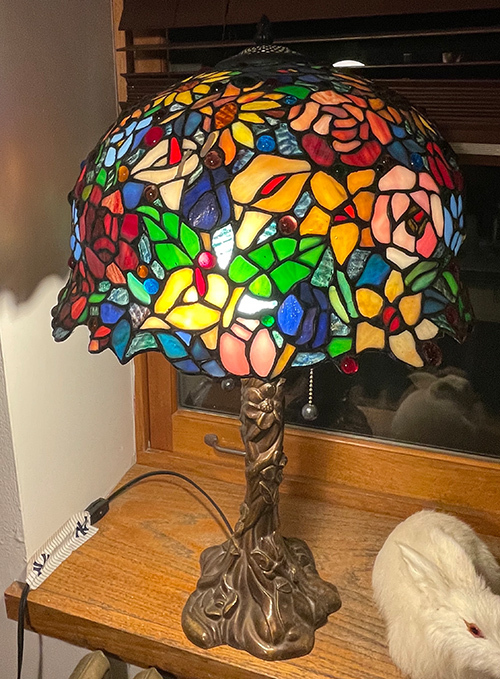 MY LAMP
My grandma gifted me this stained-glass lamp a few years ago. I couldn’t believe she was getting rid of it because it’s so nice. Basically my days start by turning it on and end by turning it off. I love it. Thanks, Nana! 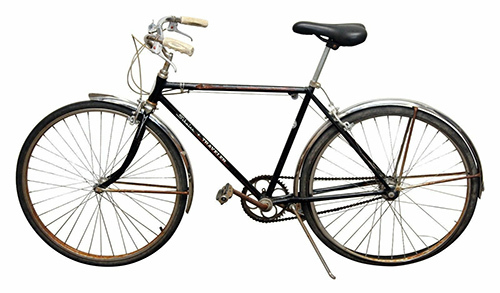 MY BIKE
Bikes are very popular amongst street skateboarders these days, which initially turned me off completely from the idea of getting one in the first place. Mad bikes at the skate spot are annoying and they usually take up all the seats. I found myself using the Citi Bikes every now and then which always makes me feel like a fucking dork, so I decided to choose the lesser of evils and buy one that doesn’t contribute to obnoxious pollution of sidewalk/street space. Abolish Citi Bikes!!

When he ain’t in the bike lane, the sidewalk belongs to Ben. Call this what you will

TCM
I basically only use the Hulu Live TV service so that I can watch TCM and basketball games (because YES Network isn’t included anymore). Four times out of ten there will be a mind-blowingly-good movie on that I never would have heard of or seen. 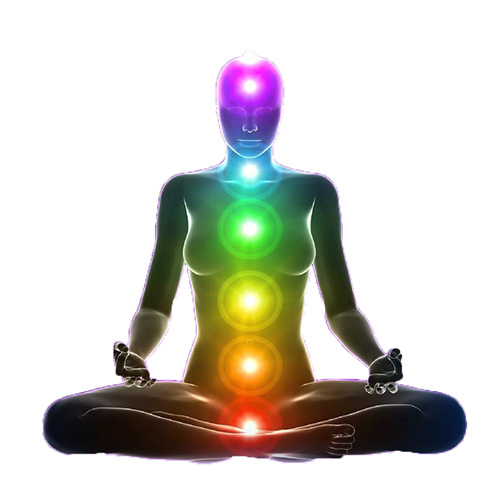 HEALTH VIBES
I’m on this new alternative-wellness program where all you do is eat birthday cake and cow manure for one week of every month. It opens up your chakras and activates the gut-brain axis so that you can reach your full potential as a progressive human being. Check out my podcast! 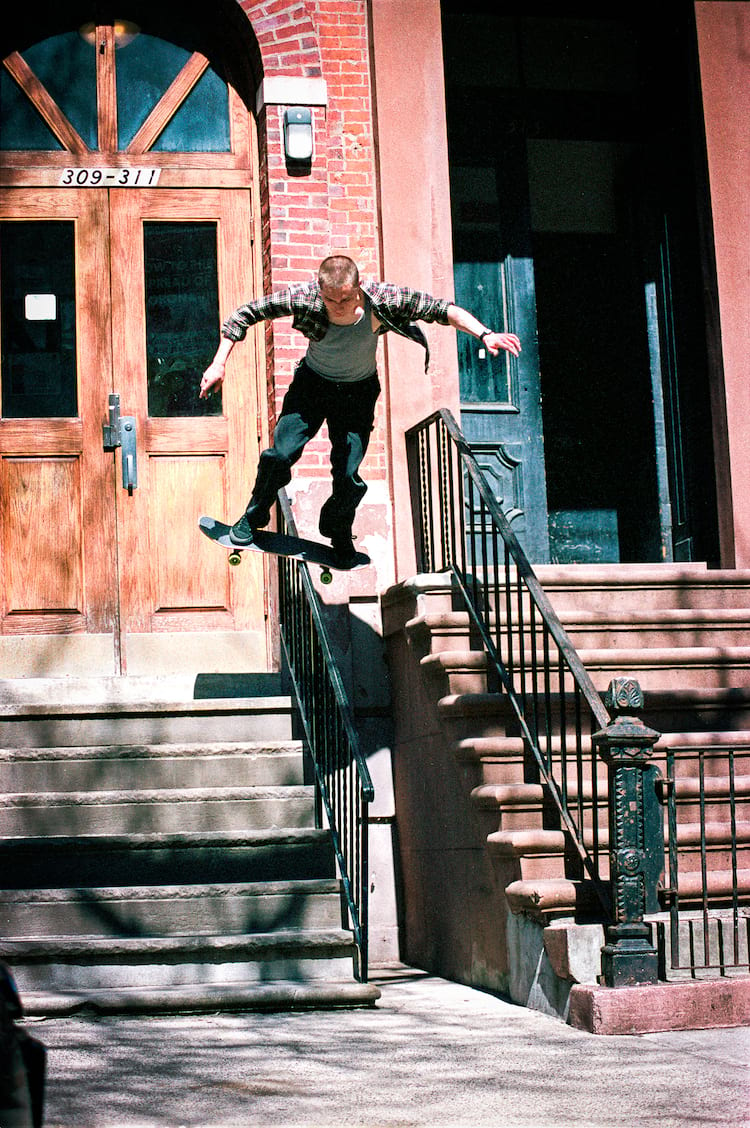 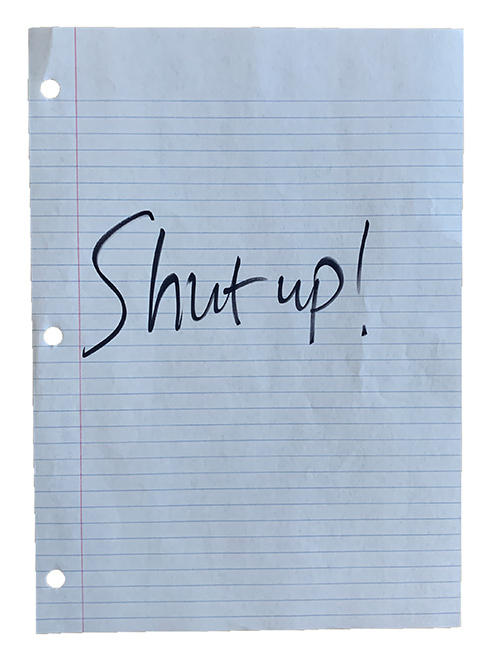 NOISE COMPLAINTS
Noise complaints are my shit, unfortunately. I blame the thin walls and my dope-ass speakers. 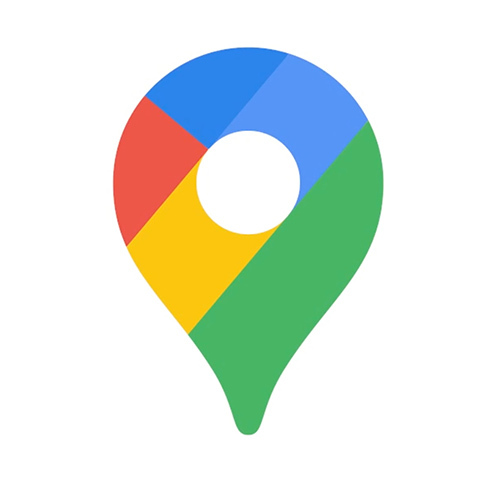 GOOGLE MAPS
I don’t play video games or anything, I just go exploring on Google Maps when I need that kind of thrill. I currently have 511 saved locations on my map and I plan on visiting all of them. 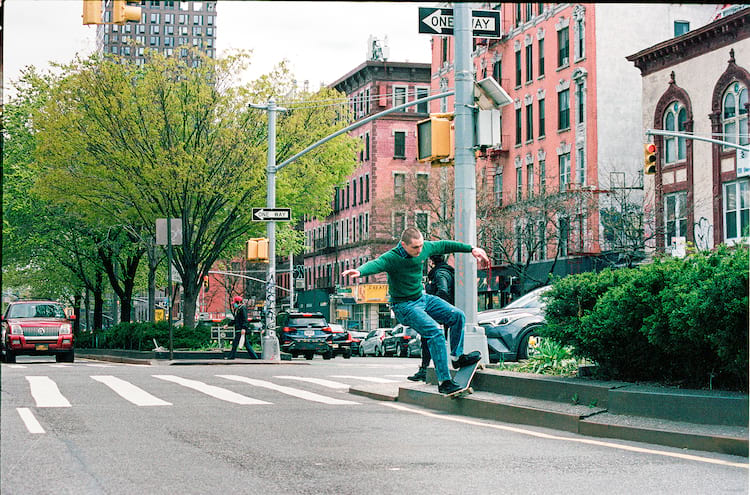 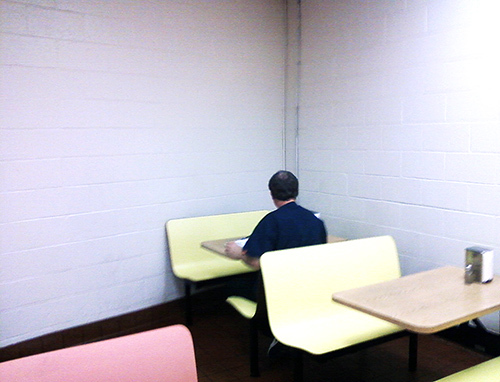 DINING ALONE
I ain’t scared. What’s so bad about eating a meal by yourself? I’m usually not trying to coordinate with mofukaz to sit down over some wack conversation when I’m not in the mood. I slam that shit and go the hell home, son! 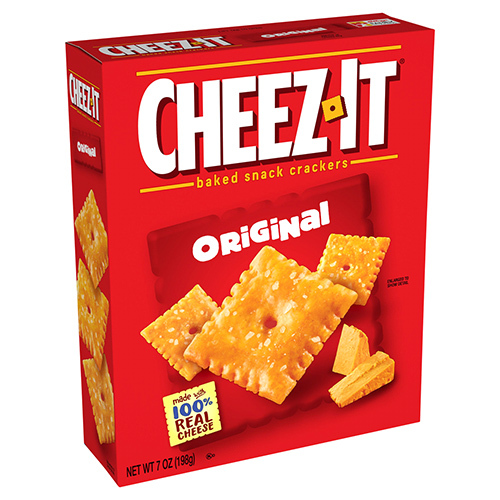 CHEEZ-ITS
I love them, they are a great snack and have done nothing but help me in life. It’s so weird how most people think they are too classy for things like Cheez-Its. 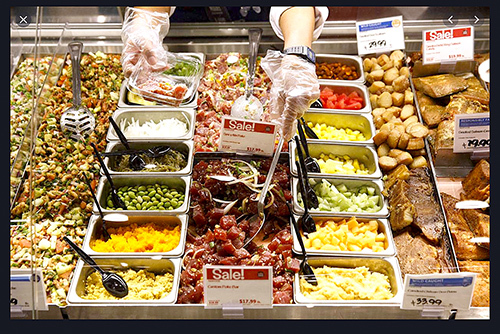 WHOLE FOODS BUFFET
Going on skate trips over the years, we usually hit Whole Foods every morning and I’ve become a master of the buffet. There are no rules for me. They should pay me to design them a template for how to construct the optimal plate of food from their buffet. I’m talkin’ about a base layer of mixed greens and brown rice, torn-up broccoli, throw some chili on there, pickled peppers, a lil’ mac ’n’ cheese, tortilla strips, scrambled eggs, four-to-five tater tots, shredded cabbage, celery and now walk on over to the braised chicken tray and add some of the juice. Top with some ranch/caesar dressing. 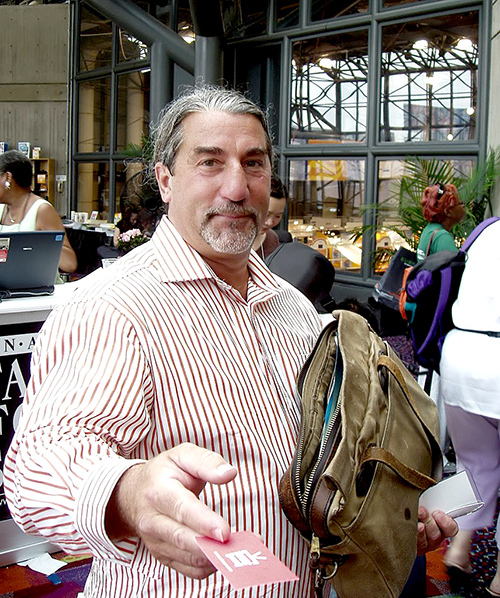 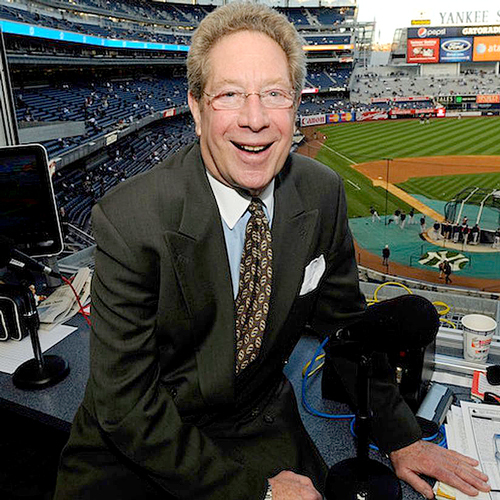 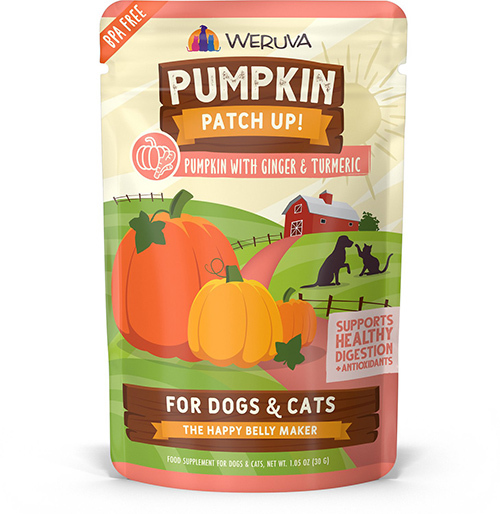 WERUVA PUMPKIN PATCH UP
My cat was throwing up a lot recently and the vets were useless. Their prescription diet just made things worse. I went to the holistic pet store on 9th St and they gave me this stuff. It has ginger and turmeric in it and she’s doing much better. Now I can use my paper towels for other cool things instead of just cleaning cat puke. This is our shit.

Mind-blowing 50-50 with a quarter-flip rewind out, nobody does it like Ben

BEING SOTY
Being named Skater of the Year is truly an honor. What a wild ride! Thanks, everyone, and best of luck to next year’s contestants. 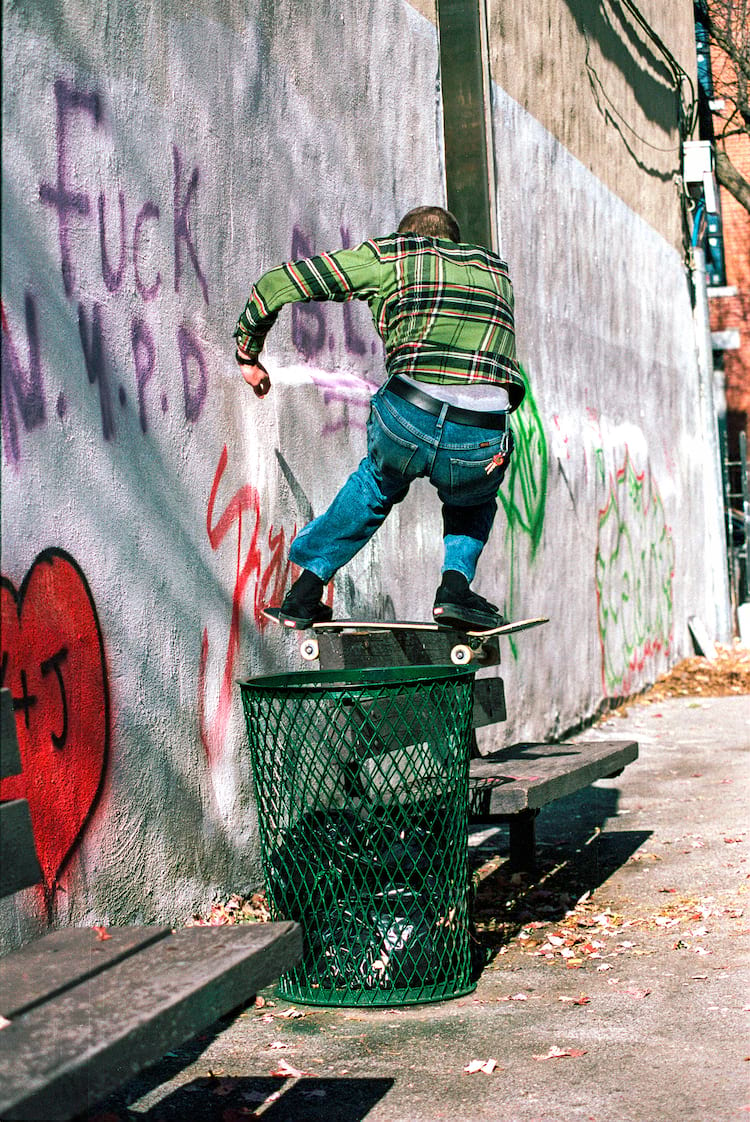 Trash can jump to lipslide. Now go get your own shit     Photo: Coutherut 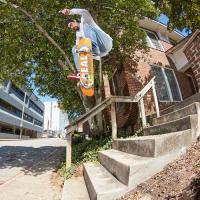 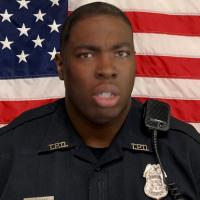