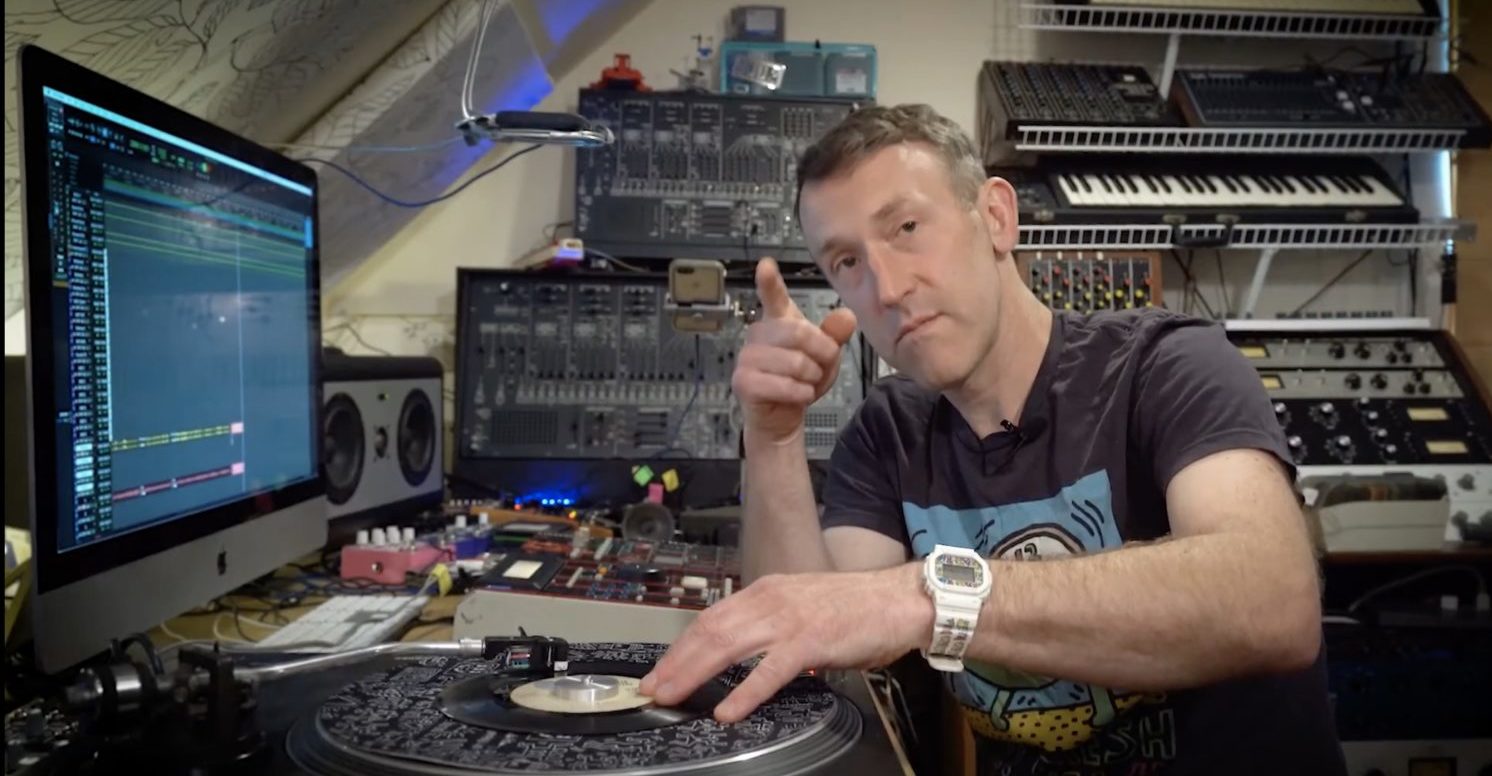 The course features 35+ videos that guide you through RJD2’s unique approach to chopping and flipping records, and how he arranges samples into fully realized songs.

Here’s what they have to say about the course:

In his course, “RJD2: From Samples to Songs,” RJD2 opens up his creative process – sharing his perspectives on crate digging, listening, and finding samples, and walking students through the process of turning chops and loops into sequences, and arranging those parts into thoughtful, dynamic tracks. He demonstrates how he works with the AKAI MPC2000XL and how to achieve similar effects in the DAW. And he opens up the Pro Tools sessions of some of his most iconic tracks, including ‘Smoke and Mirrors’ and ‘Let There Be Horns,’ going into elaborate detail about how the songs came together.

“RJD2: From Samples to Songs” features over 35 videos, filmed in RJD2’s home studio, as well as readings, downloadable tracks, creative prompts, and access to Soundfly’s online Slack community where students get feedback on their work. It joins Soundfly’s extensive subscription library of creative music courses for both amateur and professional-level musicians.

“One of the most common obstacles that artists fall prey to is being too delicate with their own music. I hope that one of the things I can do with this course is to provide the encouragement for students to think big, be bold, and be drastic when it comes to their recordings. I’d encourage students to find that boundary at which they might think something is ‘acceptable’ and blow right through it,” said RJD2 about the inspiration behind the material. “By the end of the course, I hope you’re excited to sit down and make music.”

Soundfly is a subscription service that’s $39/month or $234/year. See their site for details.