This UFO Spaceship McDonald’s Used to Exist in Alconbury, England in the 1990s 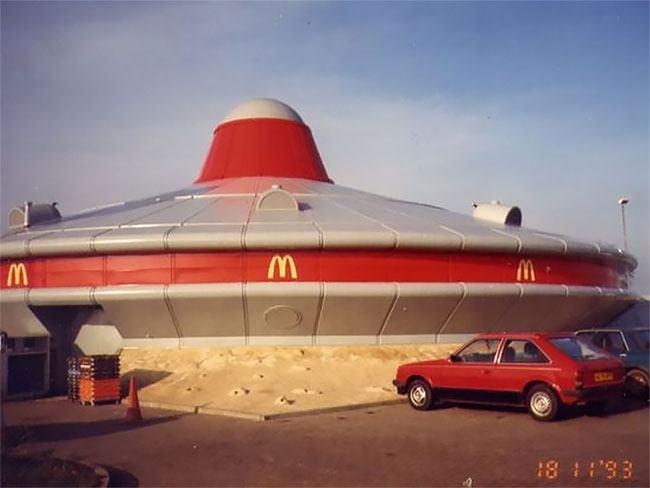 For many kids, getting a McDonald’s on a long drive would be the ultimate treat. And if you grew up in or around Cambridgeshire in the 1990s, you’ll probably remember getting a Happy Meal at the spaceship McDonald’s just off the A1 at Alconbury, near Huntingdon. 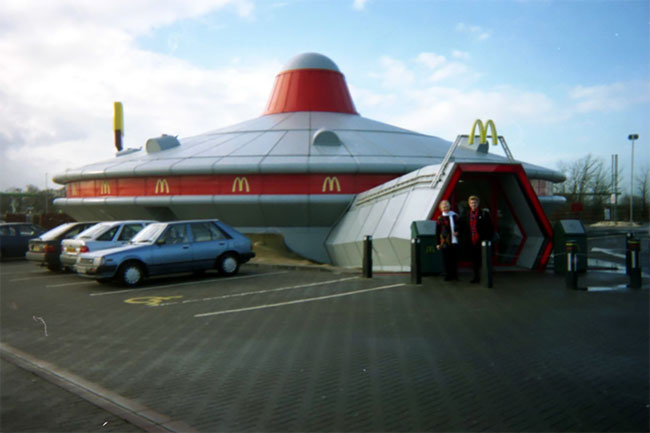 Originally built in 1990 as a Megatron, the restaurant was going to be the first of many in the chain. But the plans never happened, and instead the building became a McDonald’s in 1993. 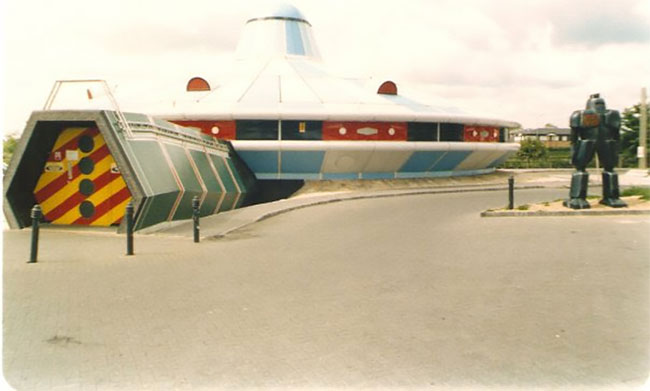 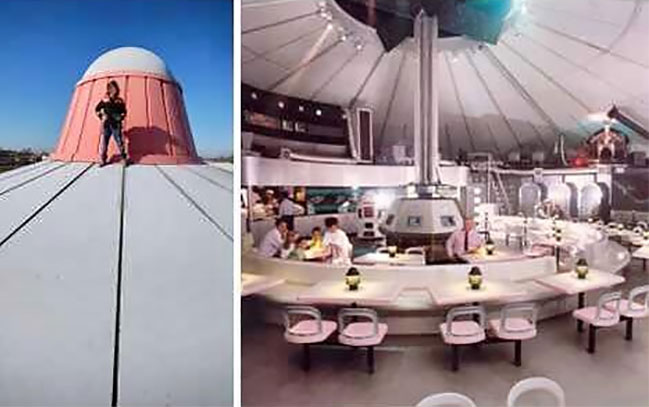 The UFO Maccies sadly closed in 2000 due to soaring maintenance costs. It then remained empty for a number of years before it was demolished in 2008. 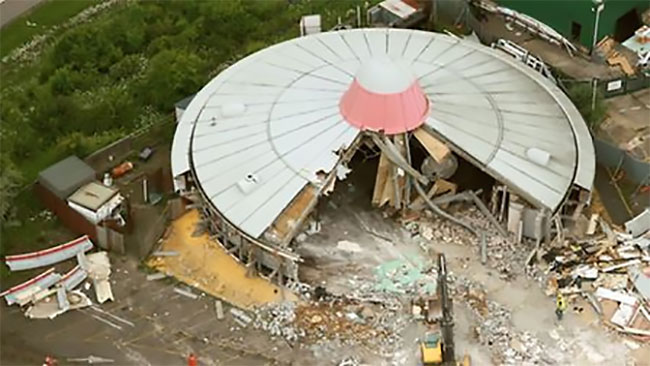 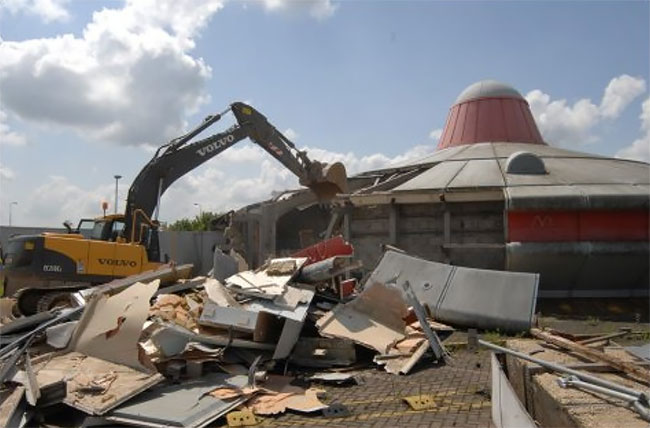