Worldwide Rights to Oberheim Trademark Returned To Its Founder

Tom Oberheim announced today that, after 36 years, the worldwide rights to the Oberheim trademark are now back with its founder.

Tom Oberheim founded Oberheim Electronics in 1970, and through the ‘70s and ‘80s, it became one of the most revered manufacturers of polyphonic analog synthesizers.

In 1985, though, Oberheim Electronics had to file bankruptcy and all of Oberheim’s trademarks and other assets were sold off by the bank.

In 2009, Tom Oberheim was able to re-enter the synthesizer market, resulting in a new generation of the SEM (Synthesizer Expander Module), based on his original SEM design from 1974. This evolved into a range of SEM-based products. And in 2019, he was able to bring back all of the Oberheim trademarks in the USA.

In several countries, though, Behringer‘s parent company, Music Tribe Global Brands Ltd., had registered Oberheim trademarks, along with a wide range of other synth-related trademarks.

With today’s announcement, international control of the ‘Oberheim’ trademark returns to its founder. 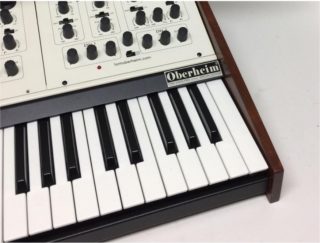 “Thanks to Uli and the team at Music Tribe and Behringer, I own the worldwide rights to my name for the first time since 1985,” he adds. “It is a thrill to once again be able to have the Oberheim name and logo placed on my products.”

“Tom Oberheim is a pioneer of analog synthesizers, and our whole industry owes him a debt of gratitude for his innovations,” said Uli Behringer, Founder of Music Tribe. “When we learned that Tom was still interested in making his own products with his original name, we knew the right thing to do was to transfer all of our Oberheim registrations back to him.”

The move follows the recent rejection by the US Patent and Trademark Office (USPTO) of MusicTribe’s attempt to register the “Behringer Oberheim” trademark. The USPTO determined that the term ‘Behringer Oberheim’ could falsely suggest a connection with Tom Oberheim.