The festival Parees Fest, which was confirmed in just four editions as a national and international benchmark of urban art and muralism, will bring together four artists this year from Monday, September 13 to Sunday, 19, betting once again on proximity, the work with the community and the importance of the context and local history, as well as the parity in terms of the selection of artists. One of the murals will be participatory. 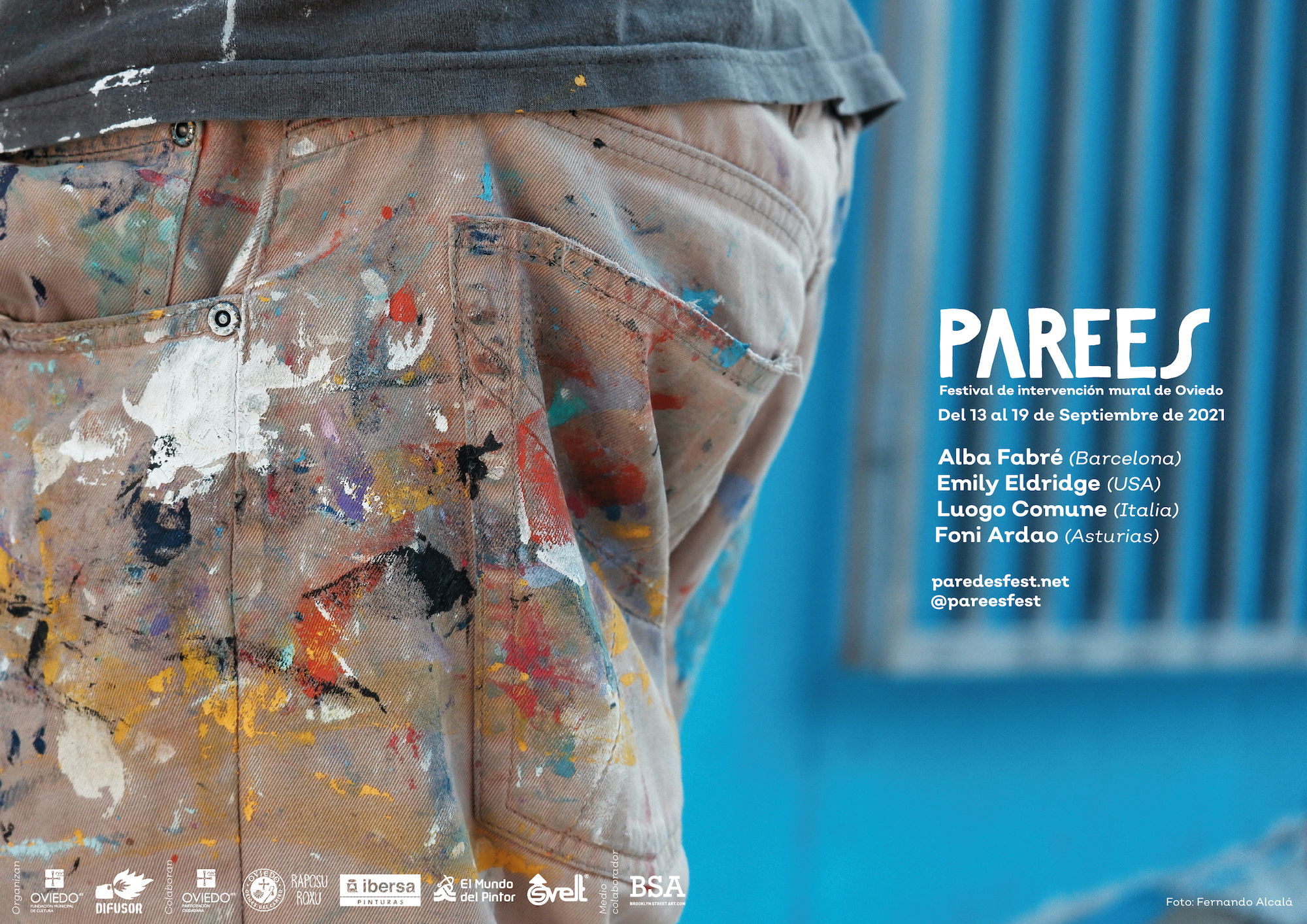 Organized by the Municipal Foundation of Culture of Oviedo, Parees Fest will add these new murals to the more than 25 made in previous years, which have changed the landscape of the council with works by renowned artists. The artists of Parees Fest 2021 includes Alba Fabre (Barcelona), Emily Eldridge (USA), Luogo Comune (Italy), and Foni Ardao (Asturias).

Since its first edition, the festival has allowed the creation of murals in Oviedo, but also in towns such as Tudela Veguín, Trubia or Olloniego. The festival was maintained in 2020 despite the difficult situation of the Covid-19 pandemic, which also on this occasion will force the program to be adjusted to the necessary health protocols.

Unlike other mural festivals, Parees involves the neighbors through participatory processes, coordinated by the collective Raposu Roxu, and in which associations and experts in the different themes of the interventions work in synergy with the artists.

Parees Fest will soon report on the locations of each mural and the progress of its preparation, as well as possible complementary activities, which, like last year, will depend on the health situation ( a workshop for families is planned). The Parees website lists the location of all the murals executed so far and the routes that can be followed for their visit as an urban and tourist route.

The Oviedo Municipal Tourism Office in El Campillín also offers the catalogs produced each year on the different works and their context, which can also be downloaded from the festival’s website.