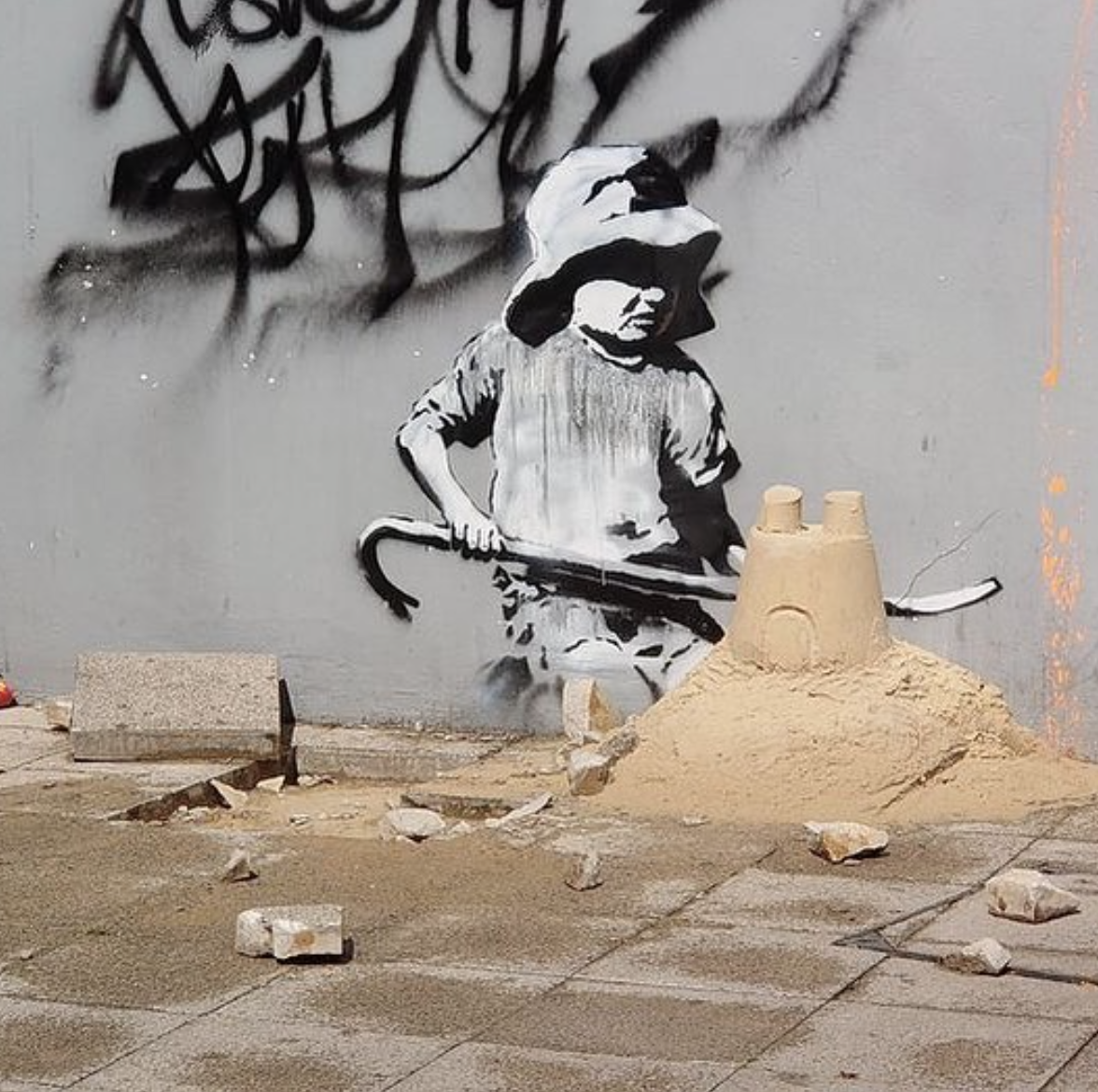 Has the elusive graffiti artist Banksy been on the east coast of England? Stencil art has popped up in Lowestoft, Gorleston and Great Yarmouth all in Banksy’s signature stencil style.

The stencil images all are based around the seaside theme and include a diving seagull, a child digging up pavement and building a sandcastle out of the sand, a couple dancing on a bus shelter and a large amusement arcade toy crane over a bench. Banksy’s rat also makes an appearance relaxing in a deckchair.

The Great Yarmouth Borough and East Suffolk Council areas, which includes the three towns Banksy has visited with his latest stencils, have entered a joint bid to become the next UK City of Culture in 2025. It is the first time that towns and neighbouring places have been allowed to apply for the status. This would be a game-changing opportunity, giving a huge boost to the tourism and hospitality sectors putting its 70 miles of coastline into the spotlight as a major cultural destination.