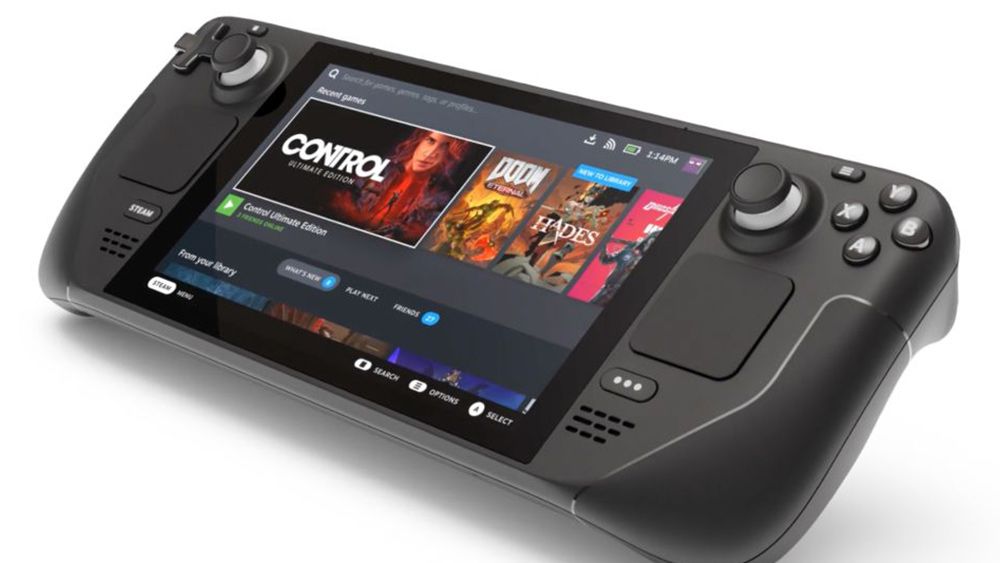 Last month, Valve officially unveiled its surprise Nintendo Switch-style handheld gaming console, the Steam Deck. Named after its SteamOS, the device looks set to be a powerful competitor to the Switch, boasting access to Steam’s enormous digital library. However, gamers are now questioning how portable the device really is.

We already knew it was on the large size, but with “hands-on” play sessions now being offered to media, we’re seeing the first direct comparisons between the Steam Deck and the Switch. As you might expect, at 298mm x 117mm x 49mm, it’s an awful lot bulkier, although the design also has similarities (See the best Nintendo Switch deals to try the latter device for yourself).

I have held and played the Steam Deck. It is ginormous compared to a Nintendo Switch. I did not necessarily mind that. https://t.co/1GfGXRua4f pic.twitter.com/XLbDE9D9s2August 6, 2021

Sean Hollister from The Verge posted a side-by-side comparison on Twitter, noting that the Steam Deck is “ginormous” compared to the Switch. The comparison also shows similarities in the designs and the array of ports on the two devices.

We noted last month that Valve’s Steam Deck might be the nearest thing we get to seeing the rumoured Nintendo Switch Pro this year after the underwhelming revelation of the Switch OLED, which launches tomorrow (August 10). It certainly trumps the Switch in internal specs, but it’s also become clear just how much bigger it is. Video producer Jan Ochoa went further and compared the size of Valve’s device against the Sega Game Gear, PlayStation Vita and Nintendo’s classic system, the Game Boy Advance (see below).

The comparisons have caused some to question the point of the Steam Deck. “I don’t get why you would carry around a steam deck. Seems as difficult to travel with as a laptop if not more so,” one person tweeted. “Literally a couch and toilet and bed console. Can’t take it anywhere,” another wrote.

While we’re not sure if it’s something we’d take with us to play on the bus, it’s worth noting that the device is still lighter and smaller than most laptops, not to mention much cheaper than most gaming laptops, with prices starting at $399/£349. Hollister in his report for The Verge also noted that despite the size and extra 225g in weight, the Valve console felt more comfortable to hold than the Switch. Either way, the device has already proven to be a hit. It’s due to ship in December but reservations are already sold out into mid-2022. If you want to get playing on the Switch in the meantime, see the best current prices below.