Native Instruments Intros Ashlight, A Synth Focused On ‘The Darker Side Of Granular’ 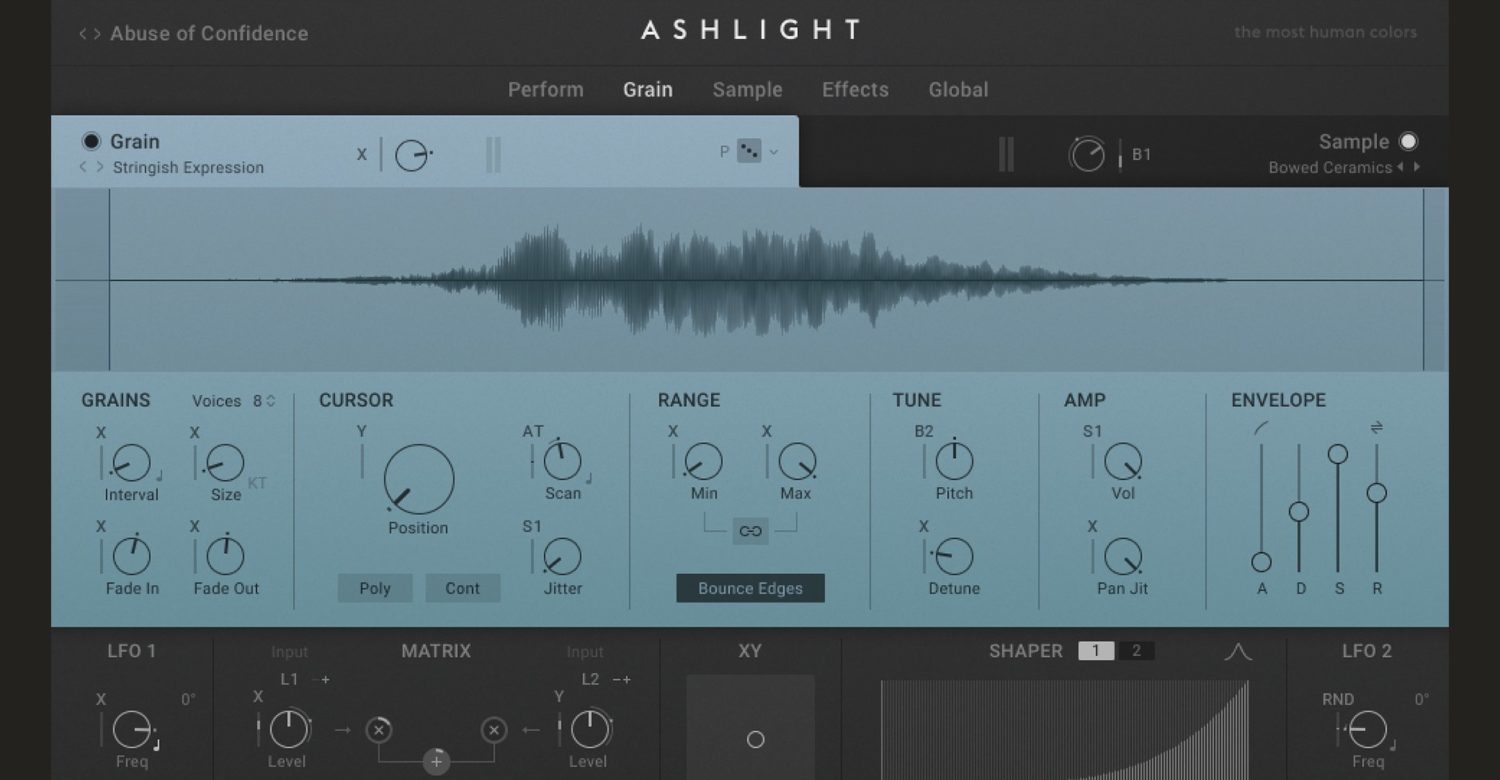 Native Instruments has introduced Ashlight, the third in their trilogy of Kontakt instruments exploring granular synthesis, along with Straylight and Pharlight.

While Straylight focused on ‘sci-fi-esque’ sound design and Pharlight explored vocal-based granular textures, Ashlight focuses on what they call the ‘the darker side of granular’:

“Ashlight concludes the granular trilogy with monochrome soundscapes, pulsing textures, intricate leads, and cold atmospheres. It combines a specially-recorded sample library with grain and sample playback modules in a powerful engine with intuitive modulation controls for scoring shifting intensities, from edge-of-your-seat sweeps, to introspective keys, and world-shaking walls of sound.”

Note: NI says that Ashlight needs a fast CPU to run and requires an Intel i5 processor or higher.