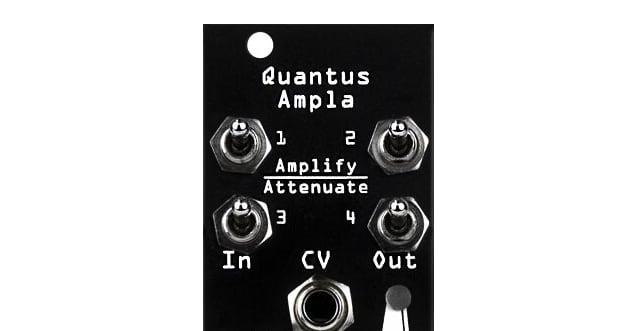 The Quantus Ampla is a compact, four-channel VCA that they say offers some unique normalizing, mixing, and CV options, and “a bit of NE flair”.

Each channel has two independent modes: Amplify, which gives you normal VCA response, and Attenuate, which makes the VCAs close instead of open in response to positive CV.

The CV inputs are circularly normalled, so you can create ducking effects over multiple voices, volume fades, and transitions, all with minimal patching. The outputs also mix down, so it can be used as a pair of two-channel mixers, a 3-channel mixer plus a VCA or as a 4-channel mixer.

It’s also DC-coupled, which means that you can use it to process and mix CV signals, in addition to audio.

The Quantus Ampla is available now for $169 USD.