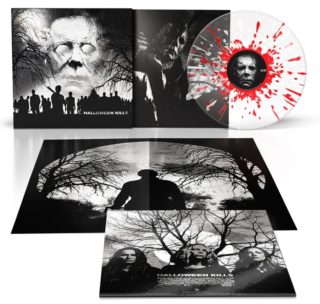 Sacred Bones Records has announced a new album from composer and filmmaker John Carpenter, the soundtrack to Halloween Kills.

The soundtrack sees Carpenter working with collaborators Cody Carpenter and Daniel Davies, with whom he has composed and performed with since his debut album, Lost Themes, in 2015.

The soundtrack will be released in conjunction with the film release on October 15, 2021. The film is directed by David Gordon Green and stars horror icon Jamie Lee Curtis.

Here’s what the label has to say about the new album:

“The music is unmistakably Carpenter: the sinister vintage synth tones, the breath-stealing sense of menace conjured with just a few dissonant notes. But with a broader sonic palette, new digital techniques at his disposal, and a deeper sense of musicality, the Halloween Kills score is the work of a master artist who, nearly 50 years into his career, continues to push his creative limits and find new ways to thrill and terrify his fans.

Carpenter has been composing and recording his own scores since he created the soundtrack to his first film, 1974’s Dark Star, on an EMS VCS 3 modular synthesizer. While originally a cost-cutting measure, he continued to score most of his films, even after he started making multiplex staples in the ’80s and ’90s, with the soundtracks to the Halloween series, They Live, and Escape from New York becoming classics in their own right.

Over the past two decades, Carpenter has come to be recognized as much for his musical vision as his filmmaking. His boldly assertive compositions and pioneering use of synthesizers have inspired musicians in cinema and far beyond.”

The label shared a preview of the new album, the track Unkillable, embedded below:

You can pre-order the Halloween Kills OST at the Sacred Bones site.