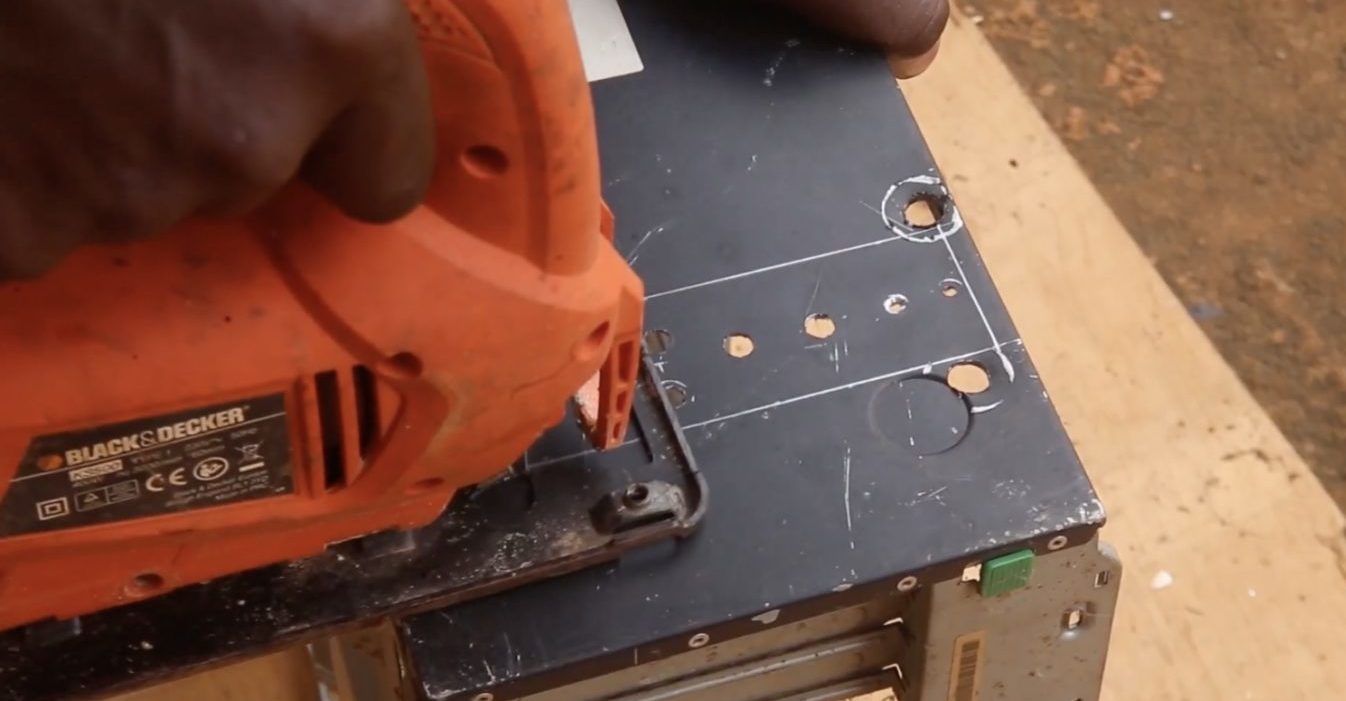 Ugandan synthesist Bamanya Brian (Afrorack), who previously has shared his experiences building a DIY modular in Africa, shared this look at how he makes cheap modular synth modules.

Brian demonstrates how he eliminates most of the cost of synth modules – by making panels out of scrap metal and permanet markers, using inexpensive parts and breadboarding the circuit.

“For a while I’ve been wanting to make an MS20 filter and I decided to show the process,” he explains. “Never had money to buy modules that are 300 dollars or so! Its based on the schematic by Rene Schmitz, but I use the LM13700 and its internal buffers. The sounds in the background track are all running through the finished filter.”