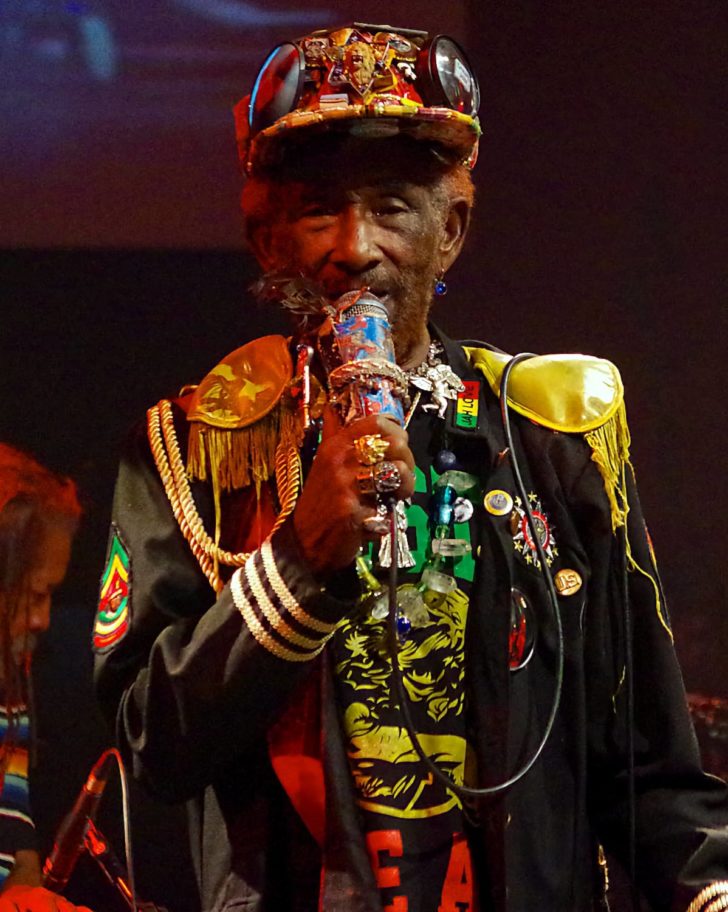 Pioneering Jamaican producer Lee “Scratch” Perry has died at the age of 85.

Lee “Scratch” Perry (1936 – 2021) brought a unique dub production style, emphasizing delay and other studio effects, to his work as a solo artist and in productions and remixes for Bob Marley and the Wailers, The Congos, Beastie Boys, The Clash, The Orb and others.

While he is best known for his work in the ’70s, his career spanned seven decades. 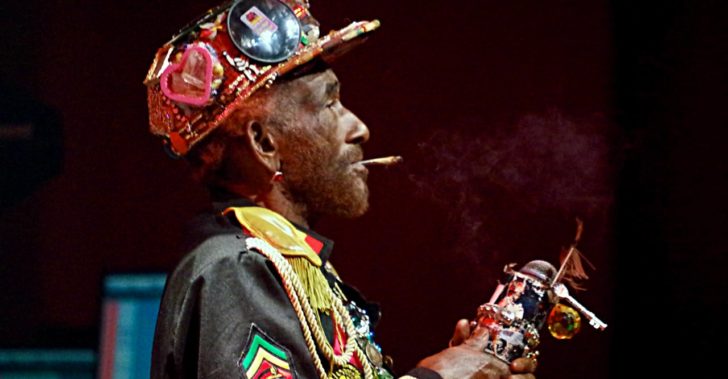 “I am an alien from the other world, from outer space,” he said. “I live in space – I’m only a visitor here. Some people are only here to collect property. I am here with my suitcase to collect only the good brains.”

In 1973, he created a backyard recording studio, Black Ark Studios, where he created a unique production style on a shoestring budget. While his setup was minimal, he approached the studio as an instrument, using effects prominently, incorporating unconventional sounds and using a sort of stoned musique concrète. He reportedly would blow marijuana smoke on master tapes, bury them in the ground or even pour liquids on them.

Black Ark Studios burned to the ground in 1983. Perry said that he did it intentionally. In an interview with Geoff Stanfield for the 2020 issue of Tape Op magazine, Perry said, “What evil it was. A vampire; a bloodsucker. It filled me with fucking dread.”

While Black Ark Studio became a ‘vampire’ to Perry, his recordings became an inspiration to musicians all around the world.

“Listening to dub records from this era is a time machine look into the available technology, which was pushed creatively far beyond its intended use,” notes Stanfield.  “In the same way The Beatles pushed recording technology to new ends, so did the pioneers of dub music in Jamaica. Spring reverbs, tape echoes, and the mixing console as an instrument via pans, mutes, and volume rides – it all became an art unto itself. Mixing was no longer simply about setting balances, EQs, and committing a mix to a fixed format. It was a performance; a reinterpretation of a song. It was dangerous, and it was inspiring.”

“At Black Ark, Perry definitely operated on the crumbling margins of sanity,” wrote David Fricke in his review of the Black Ark Studios retrospective, Arkology. “But for the most part, Perry was crazy like George Clinton, drawing dynamic performances from a fluid cast of singers and sidemen and camouflaging his calls for social change and spiritual retribution in cool licks and cartoonish mysticism.”

The end of Black Ark Studios was also the beginning of a new era his career, where he collaborated with musicians from around the world, including Mad Professor, Adrian Sherwood, Bill Laswell, The Orb, Beastie Boys and others.

You can get a sense of Perry’s non-linear thinking, mysticism and unpredictability in Frances Morgan‘s 2016 Ableton Loop interview.

Perry leaves behind a wealth of creative productions.

Listening to his 1976 track Roast Fish and Cornbread, it sounds like he brought a cow into the studio:

On tracks like Disco Devil, you can hear how Perry transcended the limitations of his 4-track studio to create a echo-filled psychedelic dub sound: