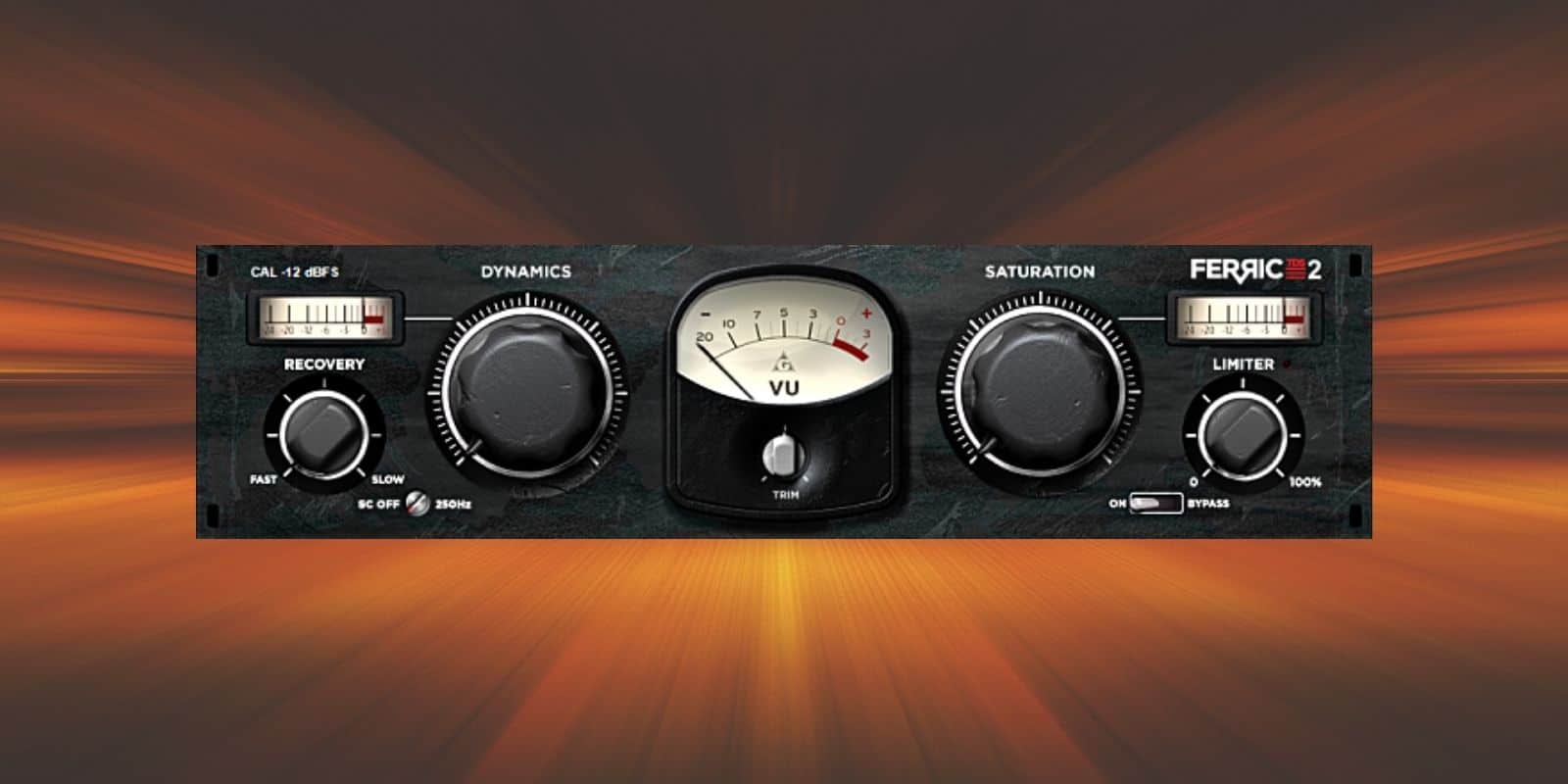 I’ve said it before, and I’ll say it again. FerricTDS is the best tape saturation plugin out there, freeware or not. Its only caveat was the fact that it only used to work in 32-bit DAWs, much like the rest of Variety Of Sound’s plugins.

The first sign that this was about to change came several months ago when Variety Of Sound announced that a 64-bit update of their plugins was coming soon.

But, good things come to those who wait. Oh, and I have another one! The best things in life are free. Ha!

Anyway, FerricTDS mkII is officially here! It not only introduces a 64-bit edition of the plugin but brings a myriad of other improvements under the hood. And better yet, it’s still freeware.

On the surface, FerricTDS mkII looks exactly the same as its predecessor. The GUI hasn’t changed, apart from the tweaked label in the upper-right corner (it now says FerricTDS mkII). It’s still a wonderful design, though, and there really isn’t any need to change it.

If you’re already a fan of FerricTDS, hurry up and add it to your 64-bit DAW. And if you’ve never used FerricTDS before, this is your lucky day. Get ready to warm up, saturate, and tape-ify your tracks like never before.

Before you go, you may be wondering why I enjoy using FerricTDS so much.

I’ve tried dozens of tape saturation effects, ranging from freeware plugins to super expensive ones. None of them came even close to the results I was getting with FerricTDS. Its saturation algorithm is on another level, and its dynamics processing is equally good, if not even better.

It is my go-to tool for saturating and compressing drums, vocals, bass tracks, and busses. I even use it on clean guitars to give them some edge without going into distortion territory.

FerricTDS is my “secret spice” and easily my favorite free VST plugin ever. A big THANK YOU to Variety Of Sound for developing it, maintaining it, and updating it.