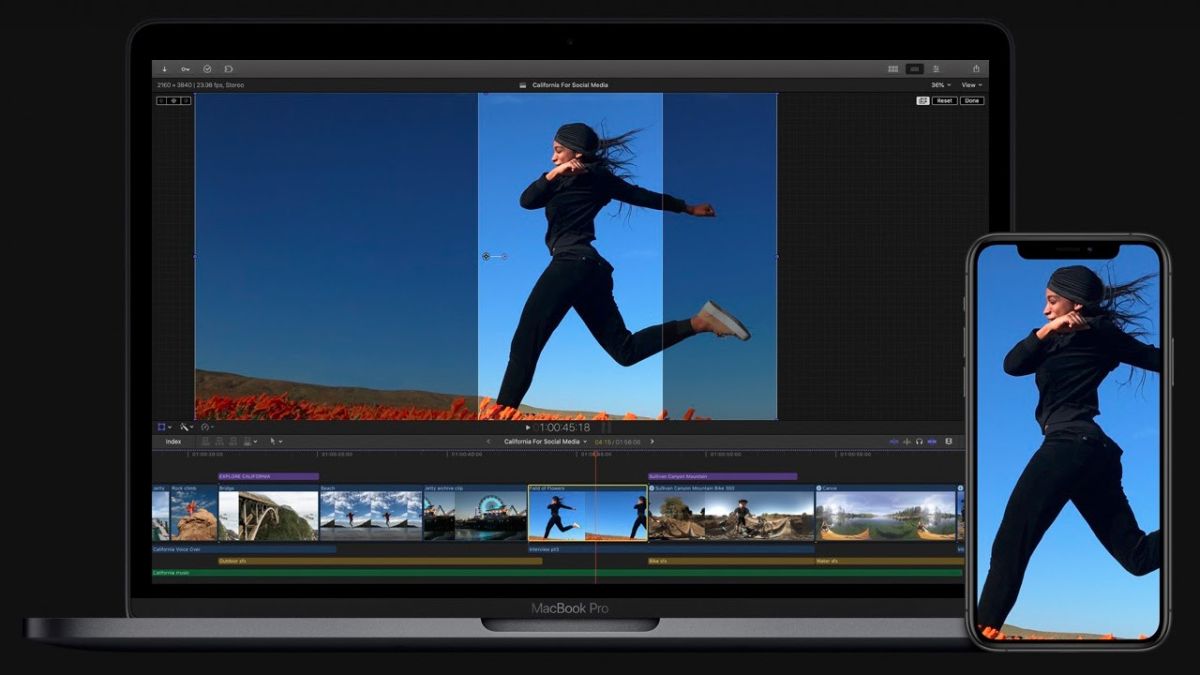 Looking for the best Final Cut Pro tutorials? This article is just what you need. As one of the top video editing software options, Apple’s macOS software is fantastically powerful and comprehensive, with a range of features that enable the creation of show-stopping video.

Thanks to the simple user interface of Final Cut Pro, this list of brilliant tutorials will mean you can jump straight in and begin editing videos quickly, whether you’re just starting out or a seasoned pro.

Mark Harrison presents a video he says is the ‘best’ around for beginners. It’s slow and clear, and gives a truly comprehensive start to the software – without assuming any knowledge, which is key. Harrison takes you through the interface then the necessary skills for using the software, starting with creating a new file and importing media, starting a new project, creating a timeline, transitions, adjusting colours and so on.

One of the many grateful comments under the tutorial praises it for being the ‘first tutorial on FCP where my brain didn’t explode’, so if you think that’s in danger of happening, try out this lesson.

Learning from a seasoned pro can sometimes leave you feeling left behind as they glide over certain tools and features that you’ve never heard of. But Totally Exposed puts those issues to bed with a unique tutorial where we learn alongside Neil, a beginner who has never used FCP X before, either.

The video covers things like importing, basic terminology, trimming clips, and adding music, as well as adding effects, titles, and exporting the final content. At over an hour long it’s certainly more of a trawling video than a quick guide. That said, it’s great for new users who are keen to take things a little slower and absorb the information gradually, over time.

The great thing about this tutorial from Techkhamun is that although it’s designed to be a quick guide into FCP X, Mike actually takes his time between features and tools to explain what’s going on. Important events and selections are highlighted on-screen via animated titles which make it easy for newcomers to locate keyboard shortcuts and more.

04. How to color grade in Final Cut Pro X

Colour grading is a big part of post-production on a video edit, so learning how to control colour using the in-built features within Final Cut Pro X will give you a big step up. Here Daniel Schiffer takes you step-by-step through colour grading without plug-ins, so that everyone who has the software can take part. There’s even a couple of free adjustment layers which Schiffer includes with the class via a download link in the description.

Video transitions are used to move from one shot to another in a sequence. Most of the time you’ll probably be using the preset transitions that FCP X provides, but if you want to take things to the next level then using masks might be your best bet.

Coming to you from Mark Brown, this video covers the entire process of making your own transitions by using masks. As Brown shows us, masks can help the flow of footage by naturally transitioning between shots, or in some cases it can actually save a shot that was otherwise spoilt by pedestrians walking past the lens, or an extreme close-up on a miscellaneous object.

06. How To Edit Audio In Final Cut Pro X

If editing video footage wasn’t daunting enough, there’s also the added complexity of dealing with audio. That’s where Oliver from Motion Array Tutorials steps in. In this brief, but helpful tutorial we learn the basics of audio editing in FCP X including: reading the timeline waveform, discovering the audio effects tools, adjusting volume levels, and using audio effects such as equalisation to alter the audio waveform. So whether you just need to turn it up, or add some low-end bass presence to an authoritative voice-over, this video points out exactly where you need to go.

Multicam editing, or putting video footage together of one scene from several different cameras filming at once, may seem like a high-end skill reserved for professionals. But actually, multicam editing is useful for even the beginner vlogger who wants to film themselves and their activity at the same time, but also wants to simplify the editing process.

In this video Tom Buck guides us painlessly through the basics of multicam editing in Final Cut Pro X. From folder structure, to import settings and camera angle switching, once you’ve finished this 12 minute video you’ll have a much better foundational knowledge for multicam editing.

Once you’ve got a handle on the basics of FCP X, it’s time to learn how to take the software functionality and apply it to create a well-structured finished video. These seven tips on editing an interview from George at Jam Punch aren’t just useful for interviews, but for all video editing workflows.

Learning how to structure the chronology of a film, adding multiple music tracks, and using stock footage are just some of the techniques included in this video that help take your film editing from amateur to pro-looking.

09. How to create Cinematic Titles in Final Cut Pro X

Werner, from MountMedia, demonstrates the importance of having cinematic titles that complement a video by taking viewers through the process of creating them. What we like about this tutorial is how Werner transforms the standard title with a general, uninteresting typeface that we’re used to seeing when setting it up ourselves, into a professional-looking title that fades in, within only a matter of minutes.

After learning FCP X for a short while you’ll notice how video editing takes a long time when compared with the actual shooting of the footage. But take a few leaves out of Harv’s editing workflow and you should tidy up those extra minutes and hours for a much faster edit. In this video you’ll find out how to engage background rendering, how to synchronise video and audio without fiddling around with trimming clips, and a heavy reliance on the much faster keyboard shortcut options that come with the software.

Think you know everything about Final Cut Pro? This tutorial is here to challenge that conception. Account Brad and Donna takes you through some lesser-known features, which will really put some zing into your editing process. Starting out with optical flow (to create super-smooth slow motion footage), moving through the Precision Editor function (handy for adjusting cuts in your timeline) and touching on saving effects as presets (what a time-saver), these hidden features will supercharge your process.

Anyway, here’s a video of a cat reacting to an optical illusion