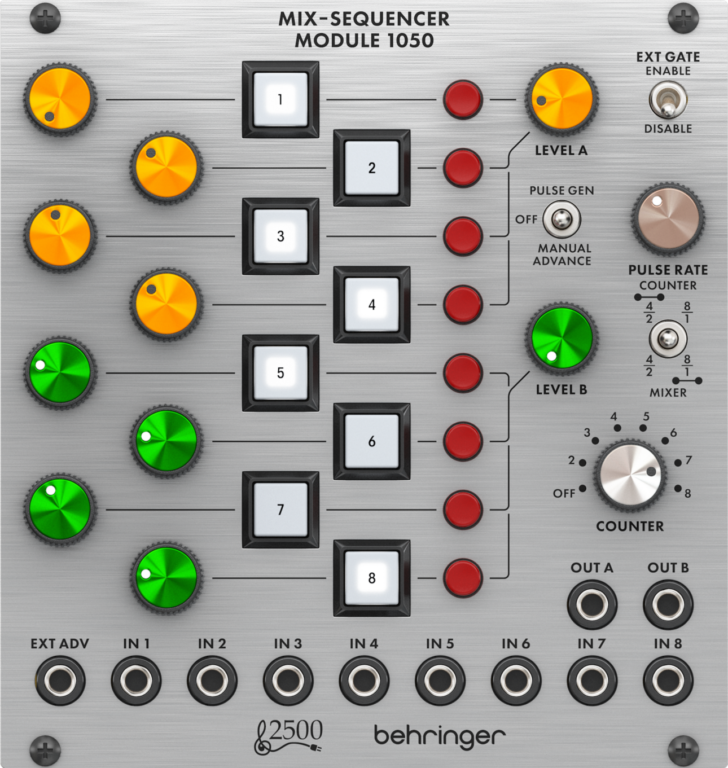 Behringer today announced the immediate availability of their the Mix-Sequencer Module 1050, a Euro-format knockoff of the ARP 2500 1050.

With the release of the 1050, Behringer says that they have completed their planned line of modules based on the ARP 2500.

Behringer says that the 1050 is in stock and immediately shipping from their factory, priced at $149 USD.